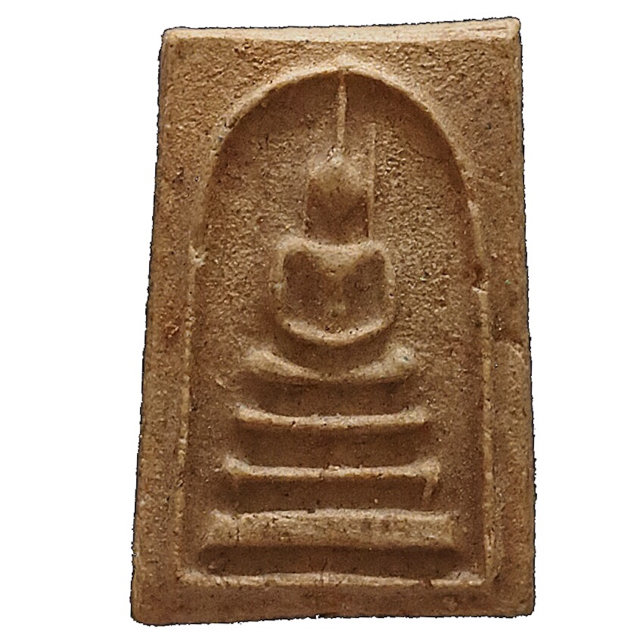 A True Pim Niyom Master Class preferred model of the 2500 BE edition of the Great Luang Phu Nak of Wat Rakang Kositaram, the Pra Somdej Hoo Bai Sri Gaes Yaw Ongk Kroo Pim Niyom Sord Takrut. A most eminent and preferred Ongk Kroo of the Grand Pantheon of this Master, whose amulets are all now considered to be preferred status, making this model an extremely desirable acquisition. This model is now extremely rare and one of the more highly sought after models with aficionados and devotees alike.

The amulet is estimable for its sacred Power of the Muan Sarn Sacred Powders, made from broken pieces of Pra Somdej Wat Rakang Kositaram Somdej Pra Puttajarn (Dto) Prohmrangsri amulets. This amulet is a perfect Ongk Kroo reference exhibit for diligent study of the various aspects and features of a true Master Class Pim Niyom model of Luang Phu Nak's Pantheon. 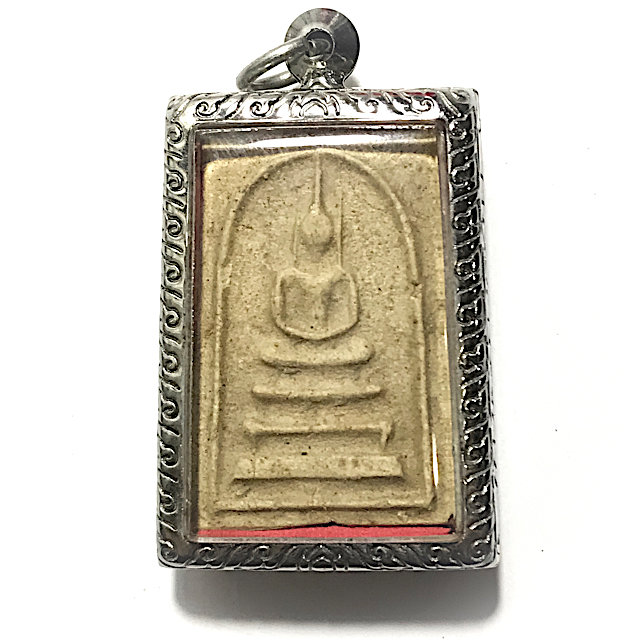 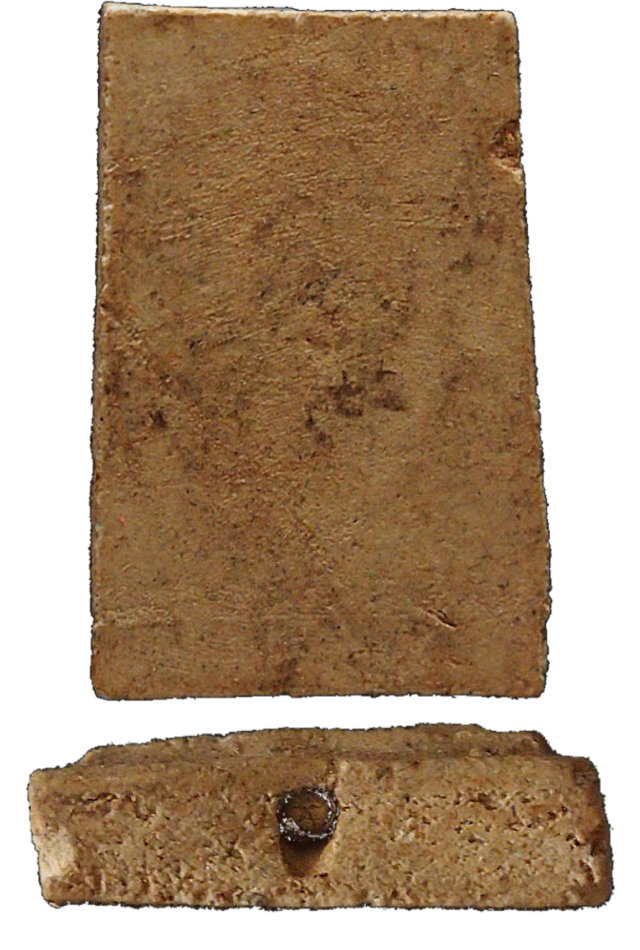 Above; The base of the amulet has a Takrut spell inserted into the Muan Sarn Sacred Powder Clay of this Ongk Kroo Pim Niyom Model of the 2500 BE Edition, completing the requirements of a true Pim Niyom class amulet of its Series Category.

The features of the amulet are pristinely kept, and very clear detailed relief of the front face design is visible to an impressive extent. The amulet has survived well over half a century (written in 2560 BE), and kept its pristine appearance. The amulet is hence extremely rare both for the Pim Niyom Status as well as for its incredibly pristine condition, worthy of entering into competition, or for certification for posterity. 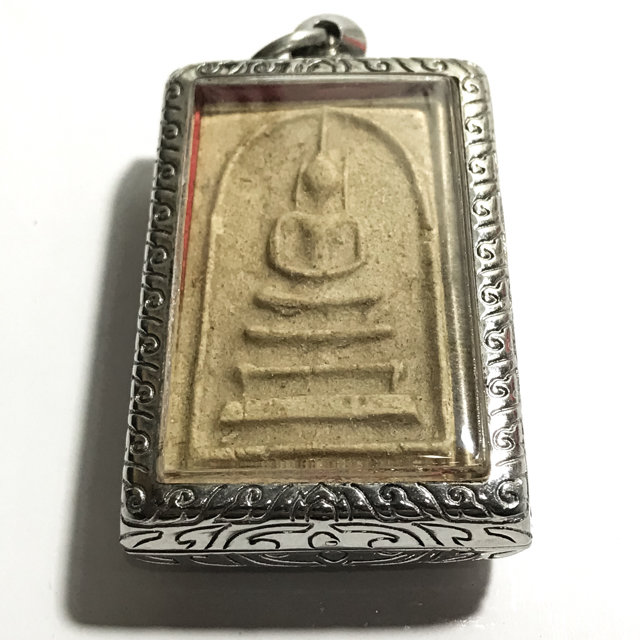 This amulet comes with stainless steel casing included along with a piece of Civara Monk Robe which has been placed together with the Amulet at some point in time by a Devotee.

This exhibit is classed as 'Nuea Jad' type clay, meaning 'dry and hard with porous or powdery surface, with clearly defined details'. This exhibit is an extremely attractive exhibit for the presence of these features. The features are pristinely preserved, without breakage or chipping, with highly defined clear cut detailed relief, making this a truly desirable acquisition for collectors and devotees of the amulets of Luang Phu Nak, whose characteristics possess all of the major criteria for a Pim Niyom Class amulet of High Repute, Immensely Rare for its Popularity with the Amulet Appreciation Society collectors. 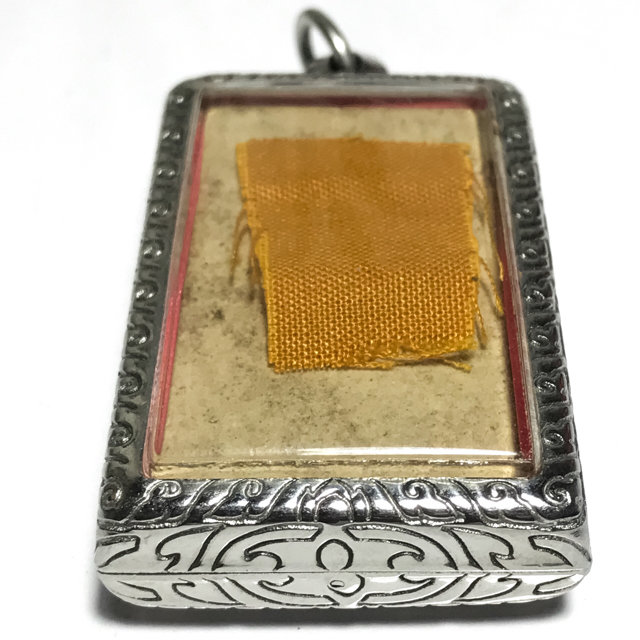 Highly Favoured for its powerful Muan Sarn Sacred Powders and Blessings, and is a recommendable amulet for devotees of Luang Phu Nak, and/or Wat Rakang Kositaram and Somdej Pra Puttajarn (Dto) Prohmrangsri, as a Top Class amulet of high Pedigree. Luang Phu Nak is known to have released editions in the years 2499, 2500, 2504, 2507 and 2509 BE and his final edition Sae Yid 7 Rorb of 2511 BE, as well as releasing editions at other temples. These amulets are the perfect and best second choice to the Pra Somdej Wat Rakang amulets made by Somdej Dto Prohmrangsri which have now become either unavailable, or too expensive to even consider renting. 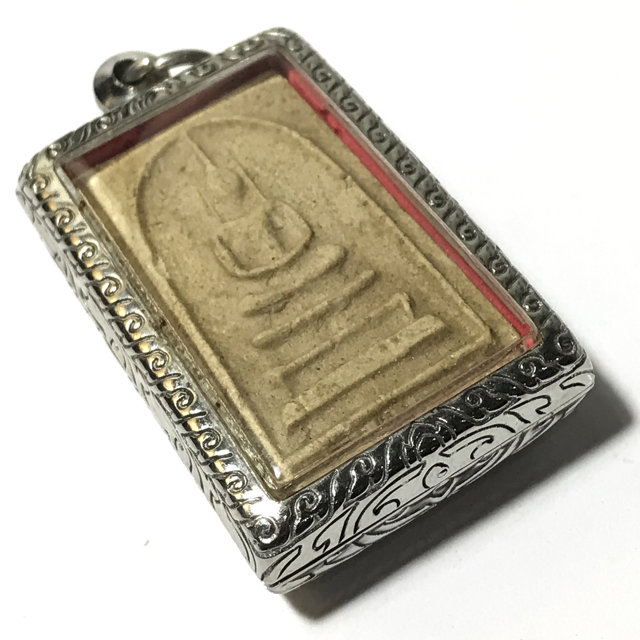 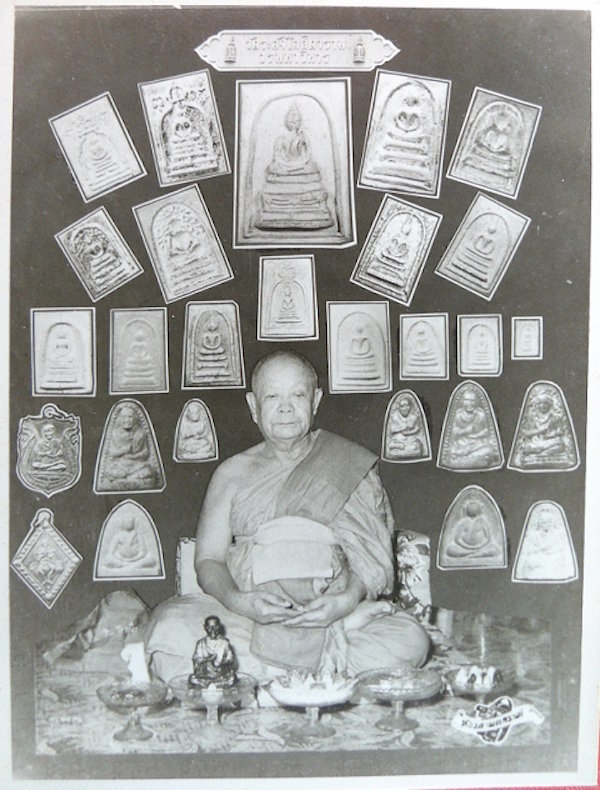 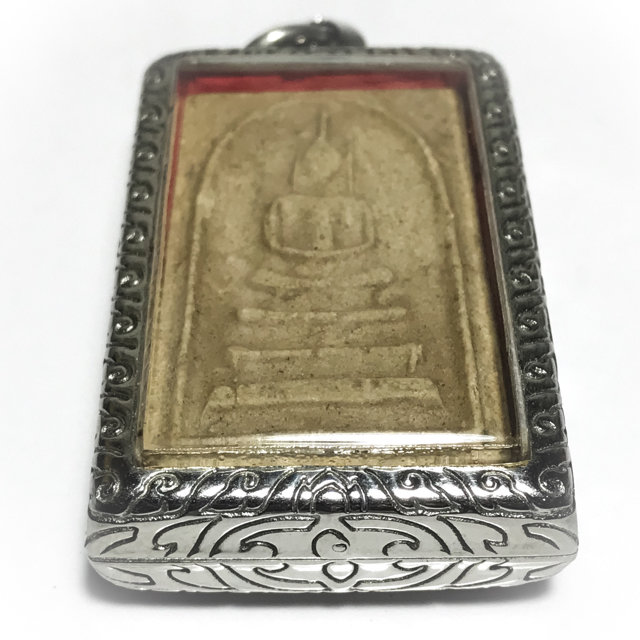 This Pim was released in the year 2500 BE, which was the year of the 25 Centuries of Buddhism Celebrations, where lph Nak made both his own amulets, for this great celebration, as well as appearing to bless many of the other amulets in many temples around Bangkok during this immensely important and historical year in the History of Buddhism.

The Pra Somdej Hoo Bai Sri Pim Niyom 2500 BE is a Classic Pim Niyom Model, amongst the most highly preferred by aficionados and devotees of the amulets of Luang Phu Nak and Wat Rakang Kositaram. The Pra Somdej of Luang Phu Nak were made mostly without Takrut, with a few special models having Takrut in the base. Sometimes the amulets may have 1 Takrut, sometimes 2, and on rare occasions, 3 Takrut were inserted into the base of some amulets. Those amulets which possess Takrut inserts are the most highly favoured, and of course, also the rarest and most highly priced. 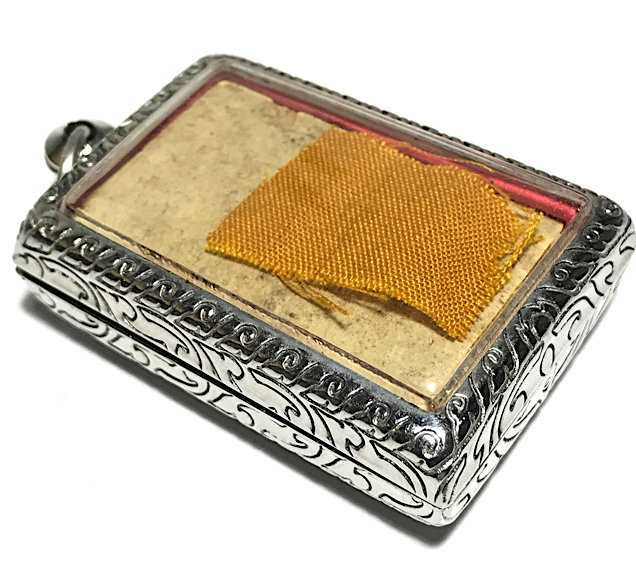 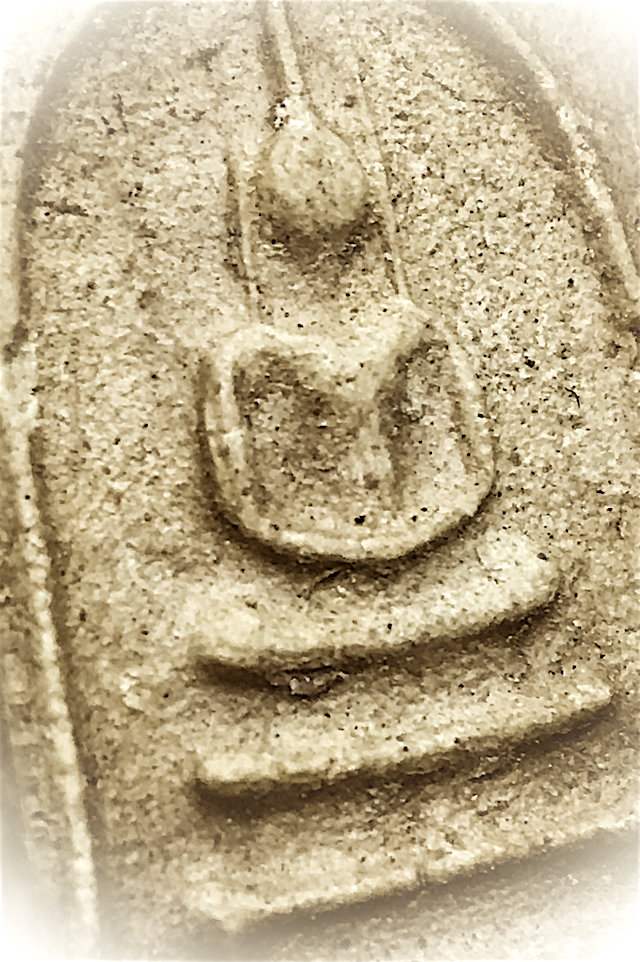 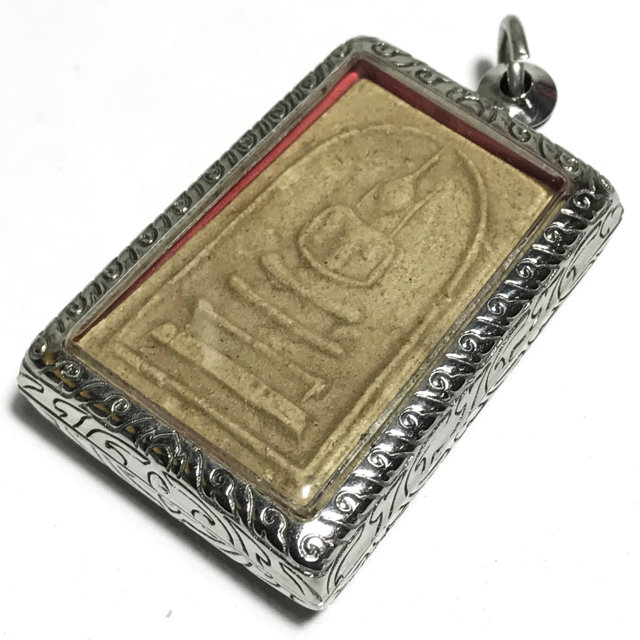 The first edition contained an extremely high quantity of Pra Somdej Wat Rakang, and is the most highly regarded, and now also rarest edition of amulets in the pantheon. The amulets of Luang Phu Nak began to disappear noticeably somewhere around the years 2000 - 2005. This happened as collectors from around South-East asia and the Western world began to collect them as a second choice to the now completely out of reach Pra Somdej Wat Rakang Kositaram of Somdej Pra Puttajarn (Dto) Prohmrangsri. 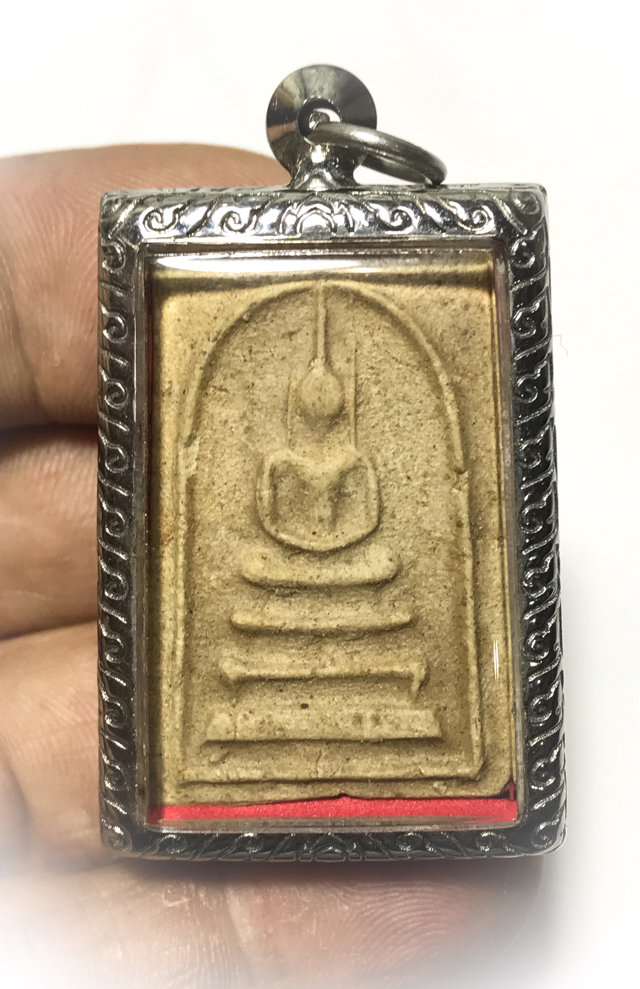 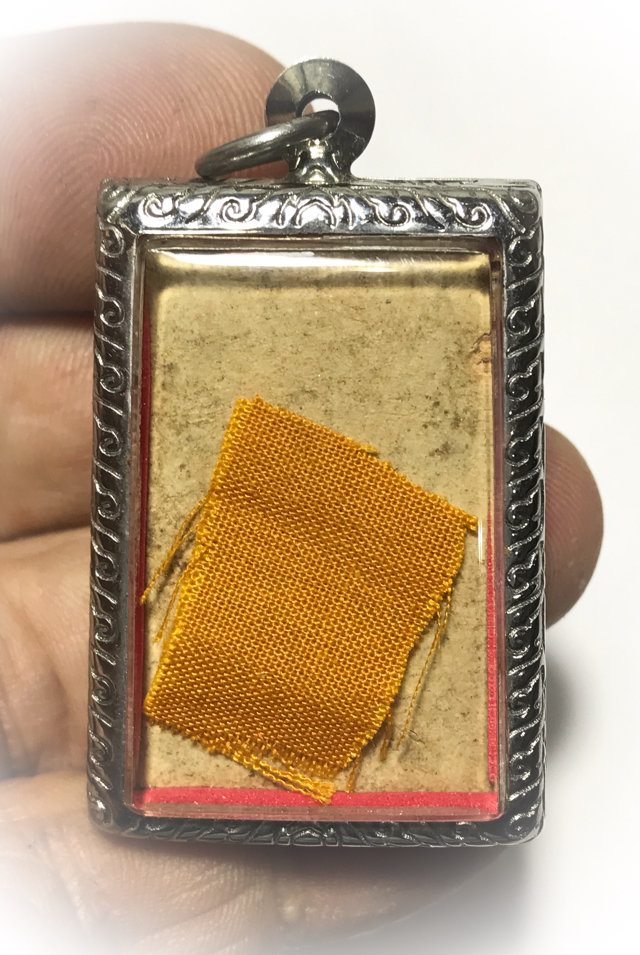 The amulets of Luang Phu Nak tend to be very popular in the present era, as the best and most afforable way to Bucha the Pra Somdej Wat rakang, knowing the amulet is made almost exlusively from purely broken pieces of the original Pra Somdej of Somdej Dto Prohmrangsri. The next best thing, so to say. Other masters who enjoy popularity with devotees of Wat rakang are Luang Phu Hin, and the Great Jao Khun Tiang. The great Luang Ta Pan may also be worthy of Mention, although his fame came from making amulets at Wat Bang Khun Prohm, which is also one of the top amulet temples of the Somdej Pra Puttajarn (Dto) Prohmrangsri lineage, and which are mostly also collected by devotees of Wat Rakang Kositaram. 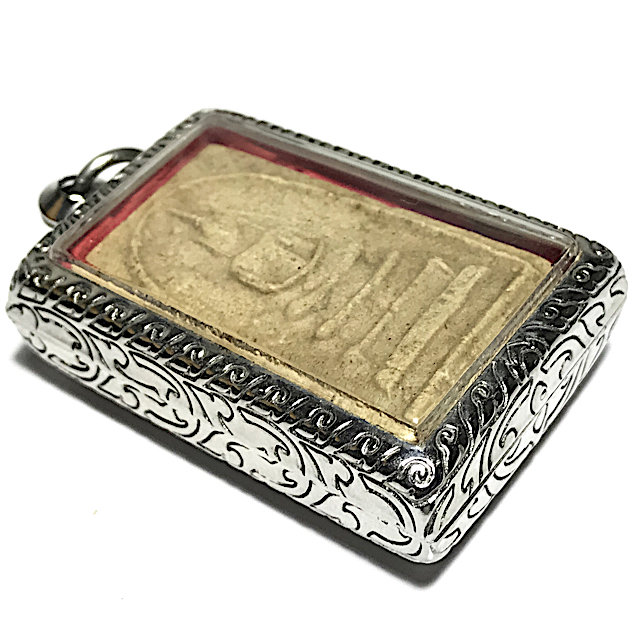 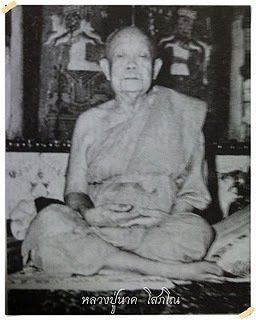 In Thai, we call this 'Dtragun Diawgan' which means 'same family tree'. In our opinion, these are perhaps the next best thing to an original Somdej Dto, for an affordable price. Sacred Thai Amulets are intended primarily as Puttanussadti (remembrance and respect to the Buddha), especially Pra Somdej. 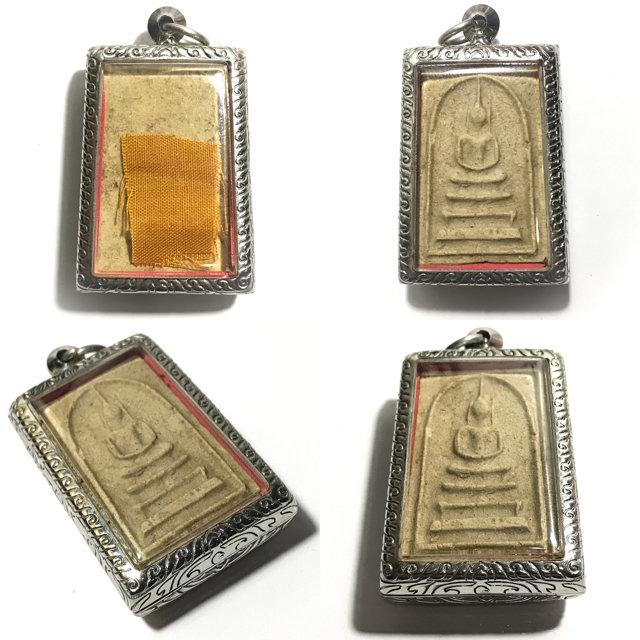