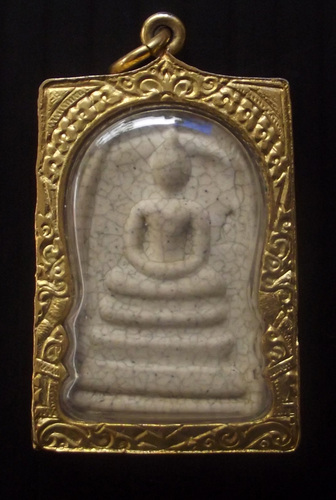 Pra Somdej Wat Rakang Nuea Pong Puttakun Dtaek Lai Nga - released somewhere between the years 2535 and 2545, this is a rare Pim with the Bell Shape which is symbolic of Wat Rakang Temple amulets impressed into the rear face, instead of the usual rubber stamp with the image of the Chedi Stupa. Exact Year of release is Unknown and still being researched. 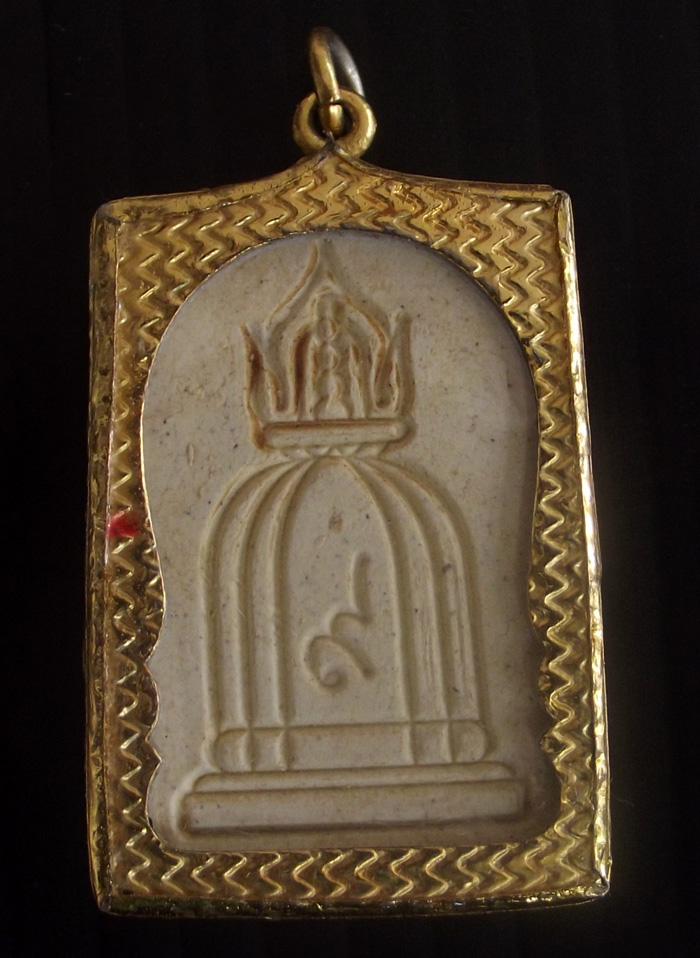 The rear face has the number 9 embedded within the bell, most probably representing His Majesty the King (Rama 9)

The amulet has the famous 'Dtaek Lai Nga' crackled effect on the front face, which lends so much beauty to the surface of a Pra Somdej Amulet. Comes with its original Gold Micron Casing. Has seen little or no use from wear in the ten to fifteen years since its Issue. 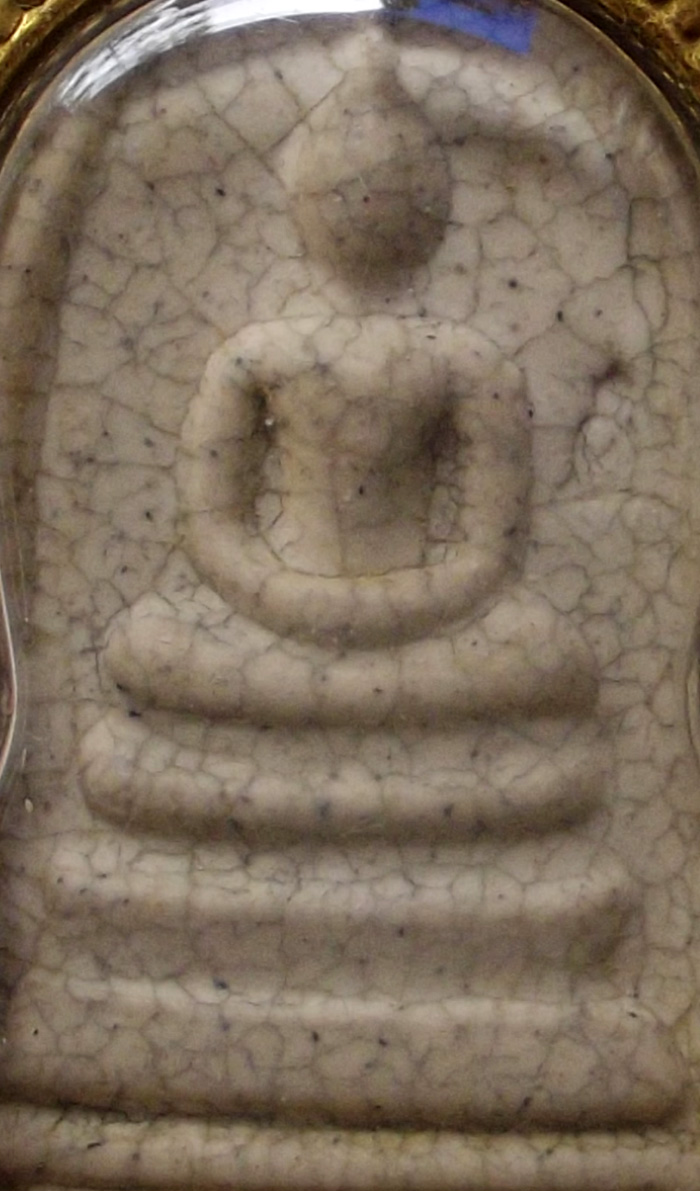 The crackled surface texture and fine Puttakun Powders of the Muan Sarn emit a shimmering aura which brings great pleasure to the eye of the beholder. A most beautiful example for its surface markings indeed. This Pim is Pim Yai (large Pim) 'Gaes Talu Sum' (topknot pierces the arch). 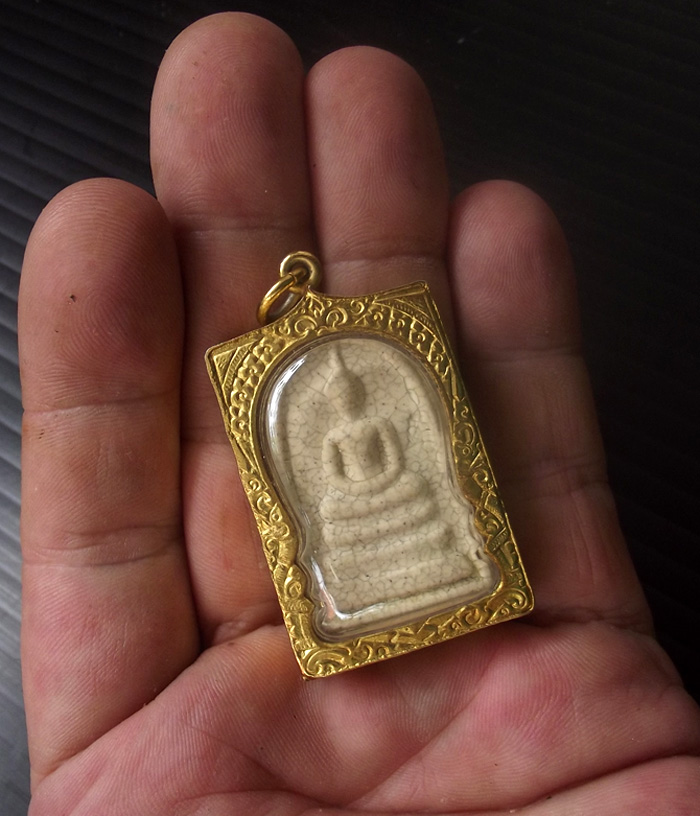