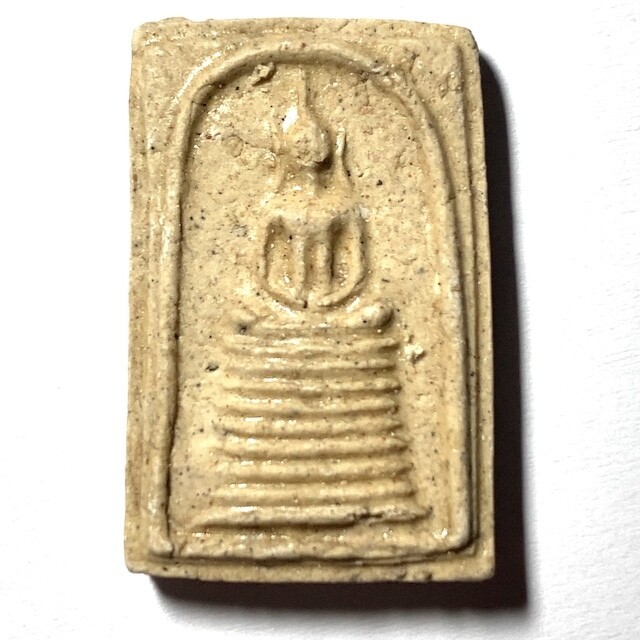 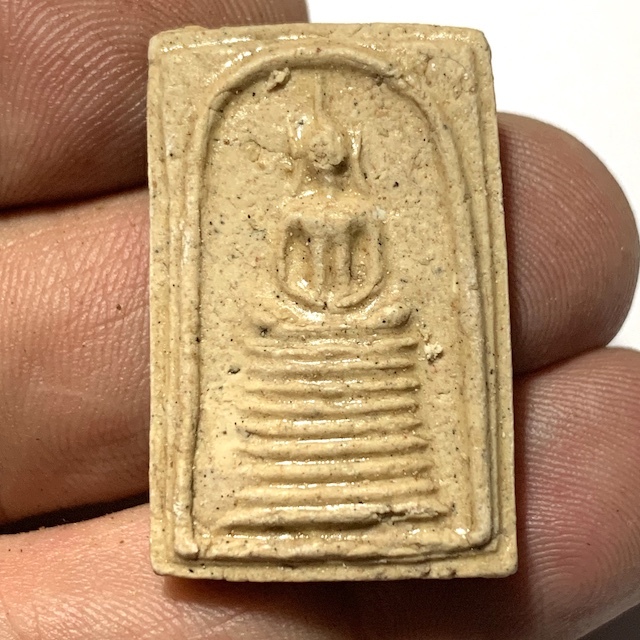 These Pra Somdej are hand ground and pressed, using Prai Powders and high quantity of pure broken pieces of Pra Somdej Wat Rakang, Gaes Chaiyo, and Bang Khun Prohm amulets, and imbued with Nam Man Prai Oil, and hence, each amulet is slighlty different in shape, size and tilt of the impression (meaning that item received may differ from photos). This is the nature of hand pressed old school type occult amulets, which are not mass produced, rather, pressed by hand, one by one. 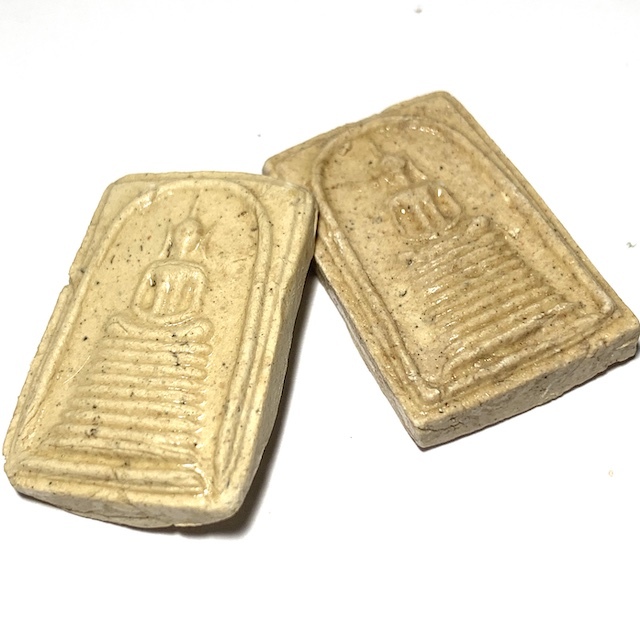 The highly popular Lay Master and Ruesi Ajarn Prodt, of the Samnak Phu Sanaeh Kobutra, has made the Paya Tae Krua Amulet from Extremely Powerful Pure Paya Tae Krua powders, which have been pressed into the form of Pra Khun Phaen, and then immersed in a concentrated essential Prai Oil Potion (Plant Kingdom Prai). 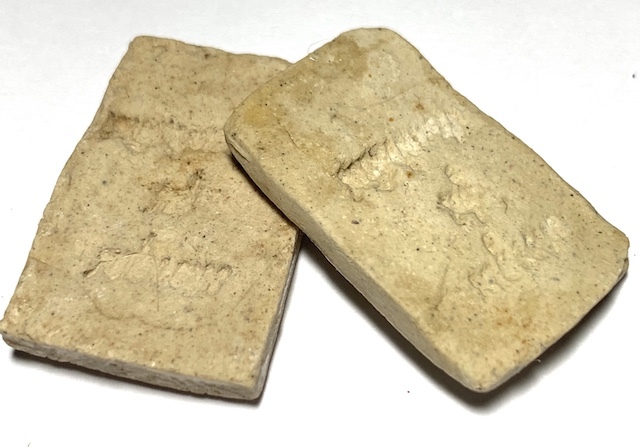 The Pong Lob of the famous Pra Somdej Wat Rakhang, Somdej Gaes Chaiyo, and Somdej Wat bang Khun Prohm of Somdej Pra Puttajarn (Dto) Prohmrangsi, was made from 5 diligently made types of 'Pong Lob' Yantra chalks resides from the inscription of the hundreds of Yantra which are required to inscribe the full formula of the Wicha Pra Somdej Wat Rakang. 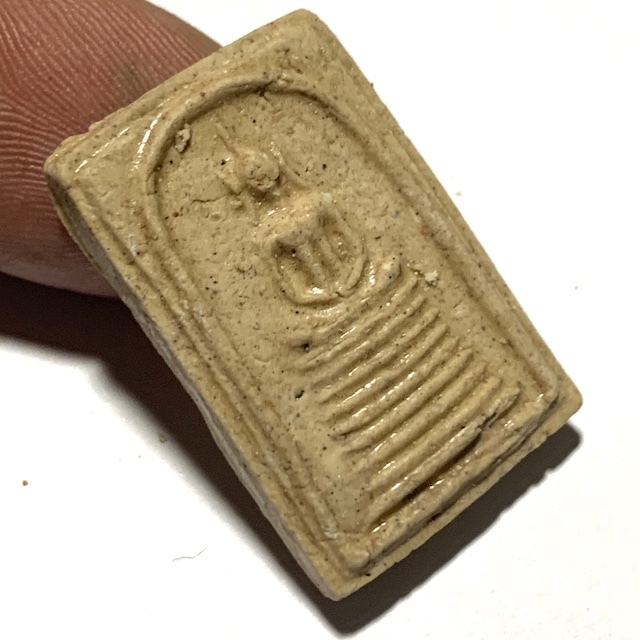 Below; another of Ajarn Prodt's famous sacred Prai Powder amulets, the Khun Phaen Paya Tae Krua which have led him to lead the Thai Necromancy Movement in the present Era.

Ajarn Prodt also made his famous Prai Paya Tae Krua Powders contained within these amulets from the Sacred Pong Lob method of Muan Sarn creation according to the Dtamra, Then all the powders which fell from the inscription board were collected and pressed into the form of Pra Khun Phaen amulets by the hand of Ajarn Prodt at the Samnak Phu Sanaeh Kobutra. Each amulet has slight differences, due to the hand made nature of these truly old school and traditionally made amulets. 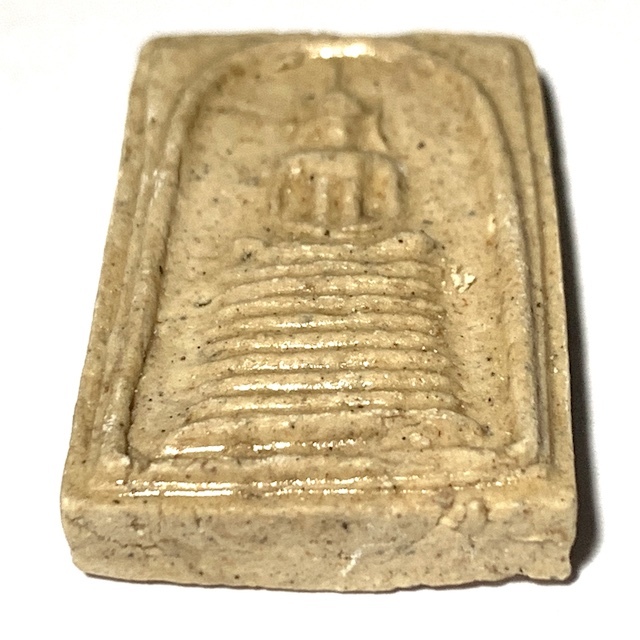 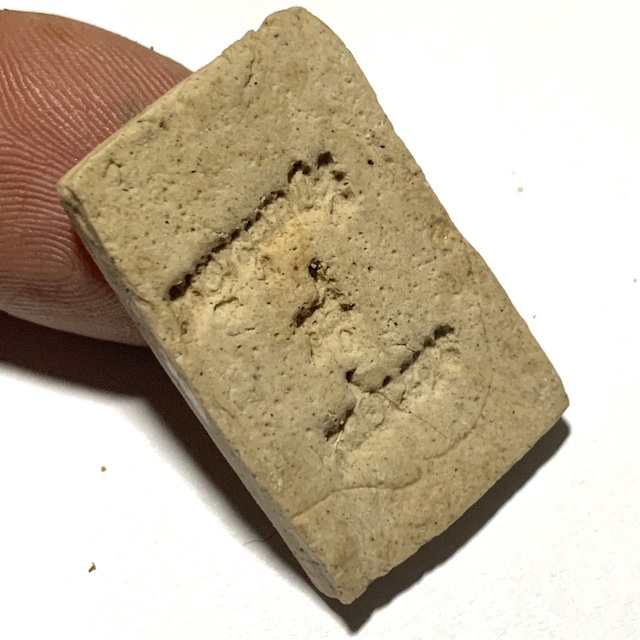 Empowered with the Invocations of the Akarn 32, and the Kata Riak Taat See, Hnun Taat See, Pluk Taat See, the Nibbana Sutra, and the Summoning of the spirit of Khun Phaen, and the Wicha Paya Tae Krua. 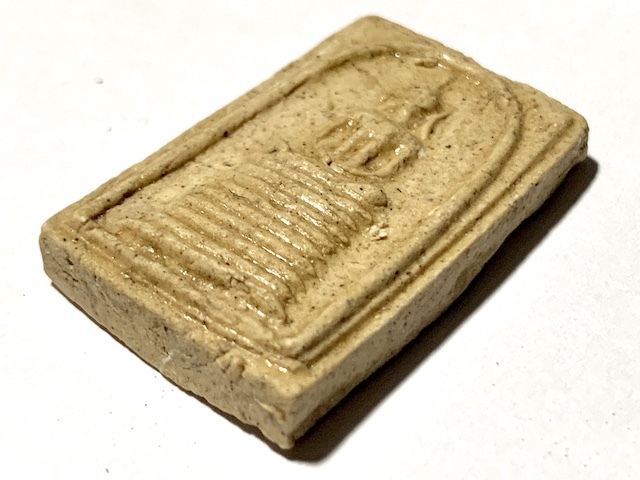 Ajarn Prodt is currently one of Thailand's most famous Lay Necromancers, and did have a large Samnak, but is now gone underground after coming into the Public Eye and being picked on by the local officials for practicing Sorcery. He prefers to return to keeping a low profile, and for this reason, is amulets have now become very rare to find, unless you have a direct line to Ajarn Prodt. 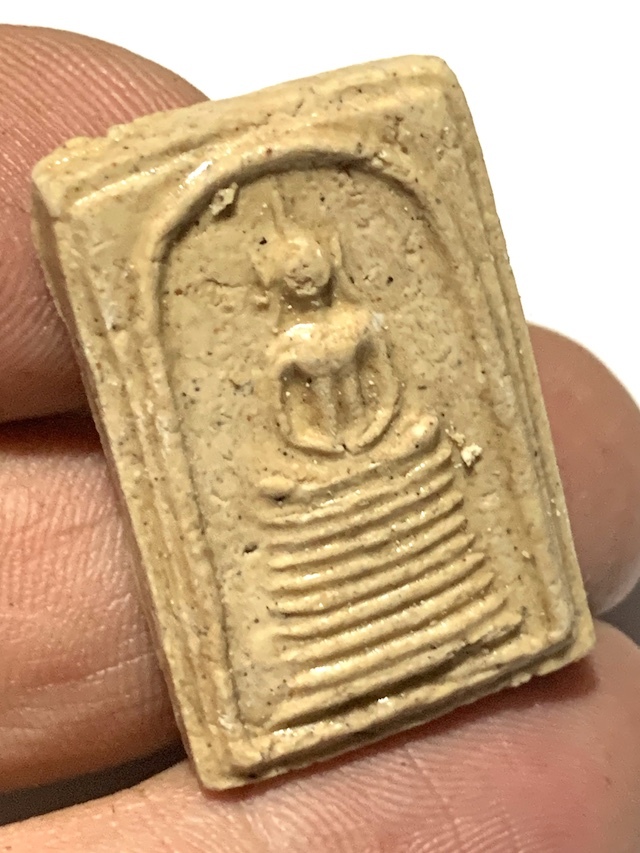 Seduction, Mercy, Kama Sutra, and Wealthy Business - Powerful Khmer Sorcery from Lay Sorcerer, and Lersi, Ajarn Prodt of the Samnak Phu Sanaeh Kobutra Ashram. Ajarn Prodt is a reclusive Hermit Sorcerer, who focuses on using undiluted pure Muan Sarn Sacred Ingredients, and whose amulets are now the source of furor with Devotees around the world. 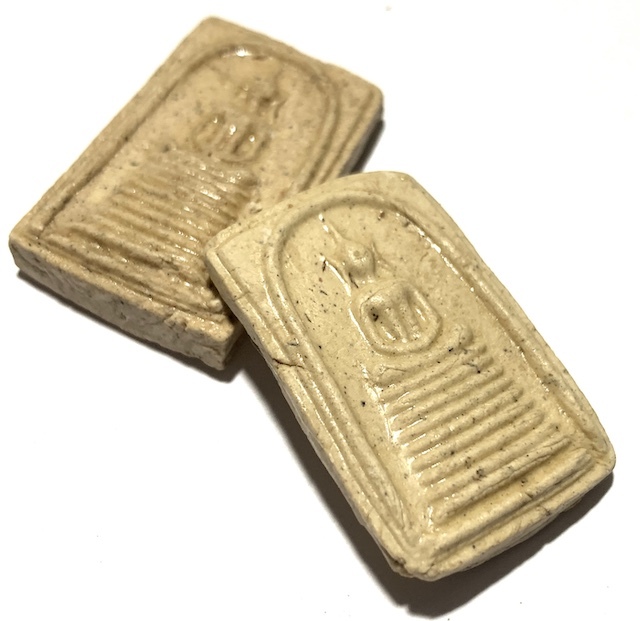 He uses the finest Herbal, Elemental and Necromantic Muan Sarn, to produce the most authentic formulas, according to the Ancient Magickal Grimoires of the Dtamra of Wicha Saiyasart. He adheres to the use of only the rarest and most powerful Muan Sarn, along with adherence to all the lengthy methods of empowerment, and Incantations, which are demanded by the Ancient Formulas of Occult Sorcery. 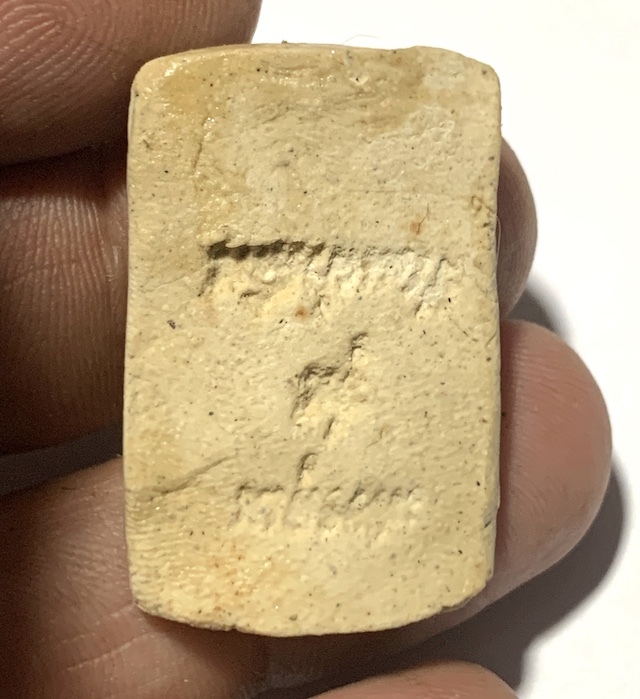 His amulets are only made in small numbers, with each amulet being individually empowered, and remaining faithful to the olden days methods, which are very lengthy, but are the most powerful and authentic. His amulets range from the affordable to the incredibly expensive, depending on the item in question. Some of his Spells and Amulets are one-only hand made items, which use the highest concentration of Muan Sarn Sarn, and carry a price that reflects their rarity, and the high quality of concentrated powerful Muan Sarn used in their making. 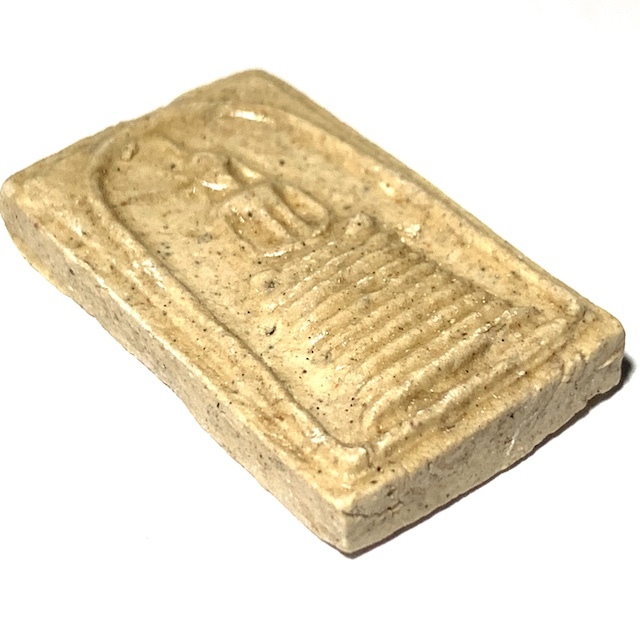 Remember, all amulets work from your collaboration and Bucha, and should be well cared for and nurtured, if you wish them to work well and with powerful effects. One should never expect to just neglect the amulet and expect it to work its Magick for us, and we should always be mindful to Bucha the amulet regularly as directed, to ensure the full power and benefits received. 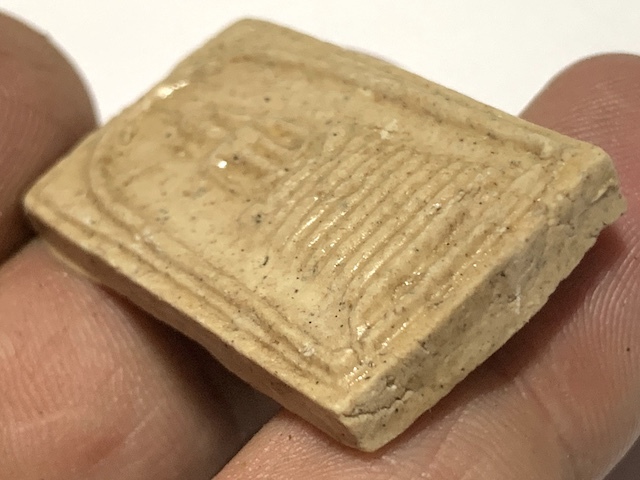 Then take the amulet and tap your forehead or the crown of your head before leaving the house each day. Being If you wish, to increase the power of the spirit of the Paya Tae Krua Prai Oils within these amulets and Powders, you can use the below Kata for Maha Sanaeh Maha Lap Metta Maha Niyom. 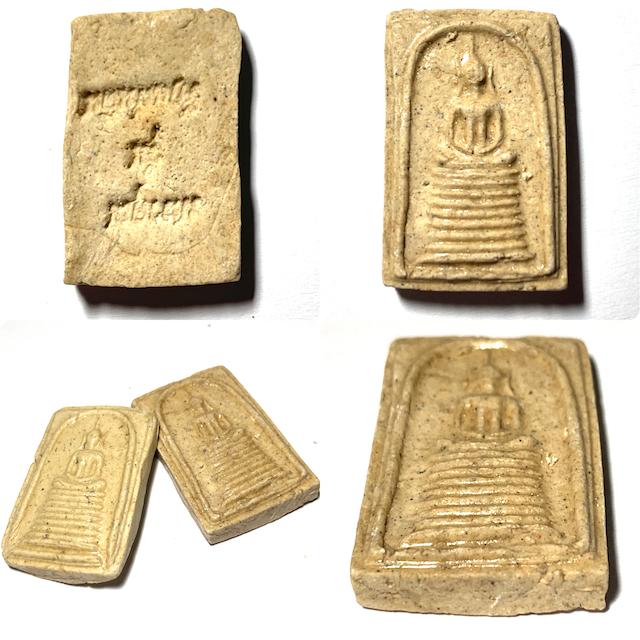