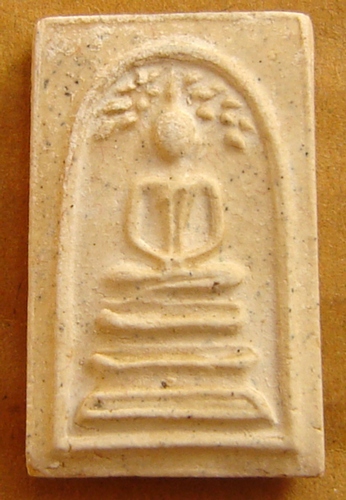 This example is a Pim Prok Po (falling Bodhi Leaves). 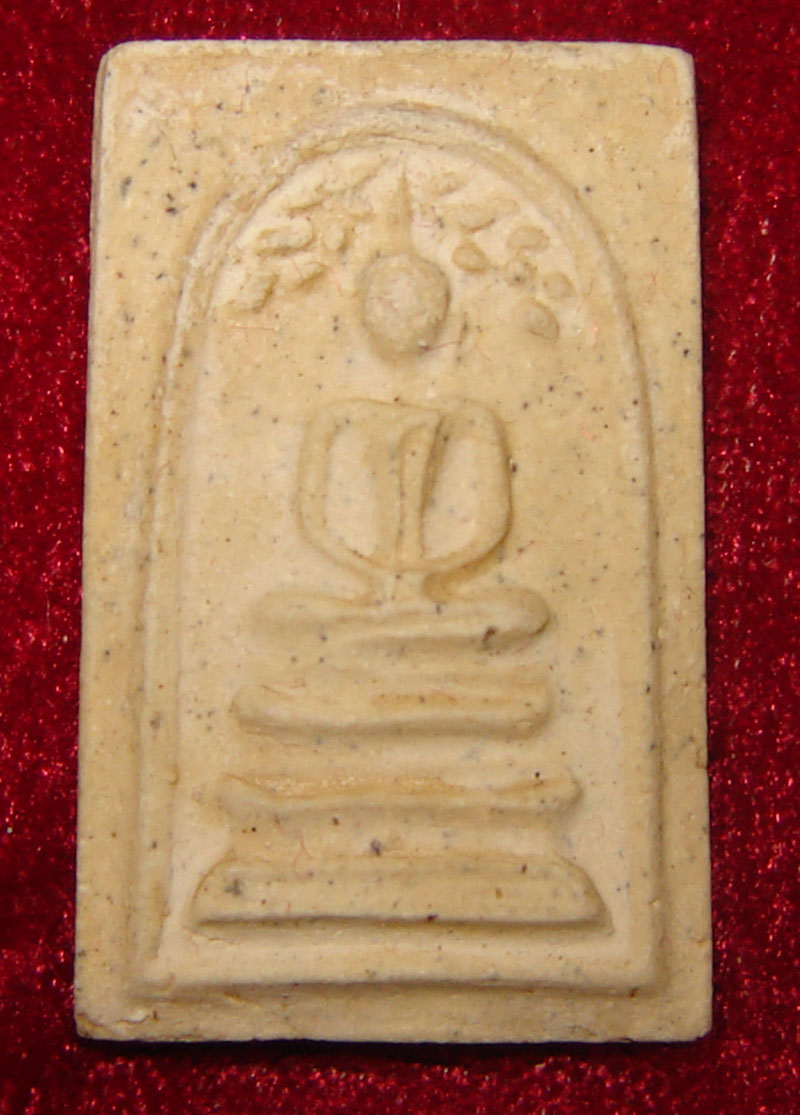 The Prok Po is one of the five Pim Niyom models made by Somdej Dto, which have become the five greatest classic Pim of Pra Somdej Wat rakang (although there are also other Pim too, which are both rare and more diffucult to classify). The image represents the Lord Buddha in the moment of his enlightenment as the Bodhi Leaves began to fall from the tree and flowers descended from the sky. 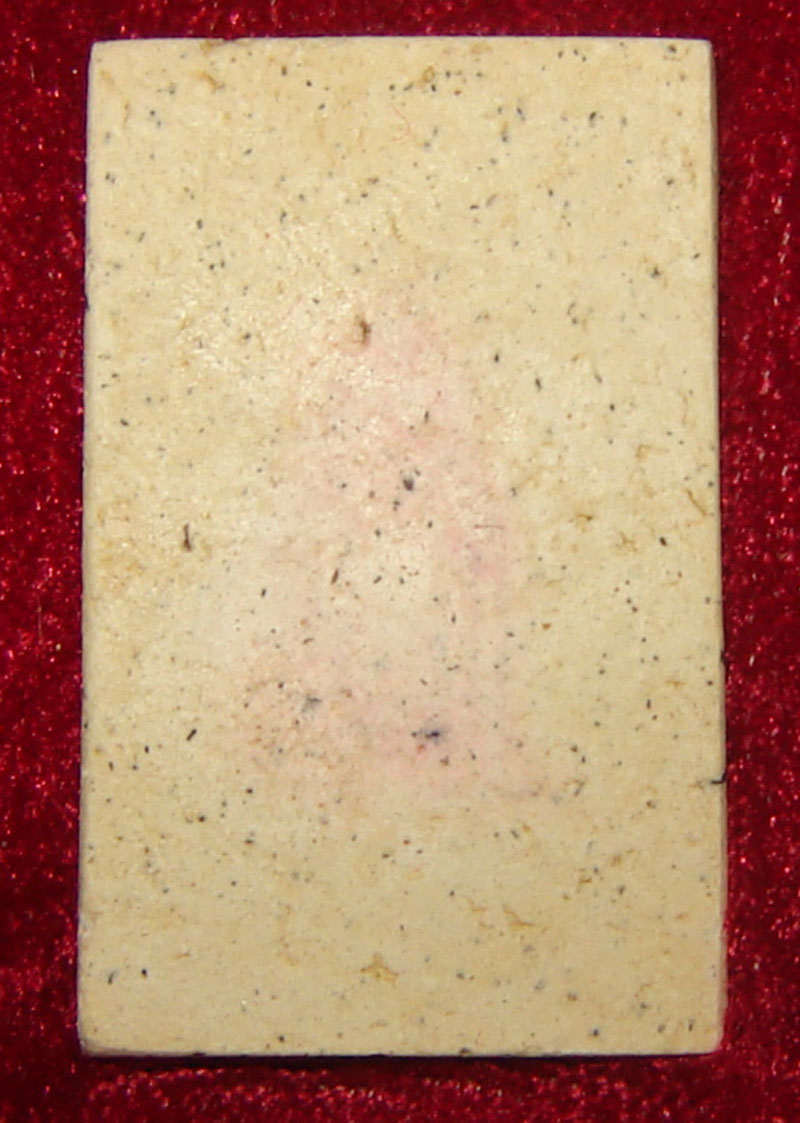