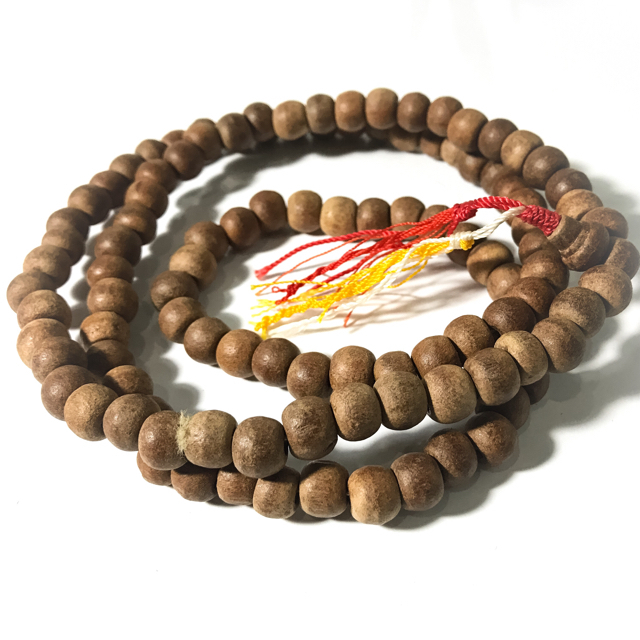 High Quality Sacred Buddhist Bead Rosary made from Mai Mongkol Holy treewood from the Great deceased Lanna Guru Master Luang Phu Ban, of Wat Mae Ya, in Tak Province. The Soi Prakam Sacred wooden Rosary is multi-purpose, being Spiritually Blessed with Buddhist Blessings, and Empowered with Magical Incantations by Luang Phu Ban, for for wearing as a protective necklace, and for use as a Prayer Rosary, and for performing Mantras and Incantations.

The Prakam rosary protects against Black Magick and assists meditators to focus without being bothered by the psychic interference of the Mara Beings and the Yaksa. Yje rosary should be worn when not being used for prayers, Kata Chanting and counting Mantras, to protect and bring Buddhanussati remembrance of the Buddha, and the Guru (Luang Phu Ban). 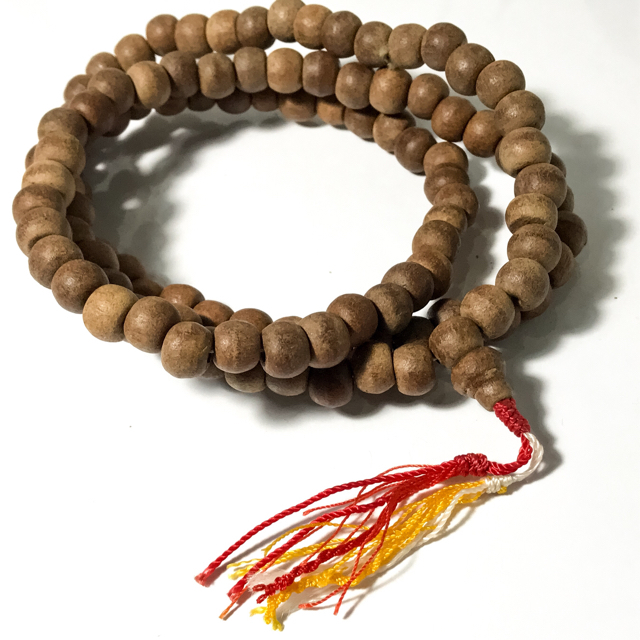 Luang Phu Ban went on to become the Abbot and Master of Wat Mae Ya Temple, and a highly revered Arya sangha Monk in his own right up until his own passing, at the age of 102 Years old. The amulets were Blessed by Luang Phu Ban in 2529 BE, and are a highly preferred edition, which is now extremely rare and sought after by the Devotees of this great master Monk of the Northern Lanna Master Lineage. 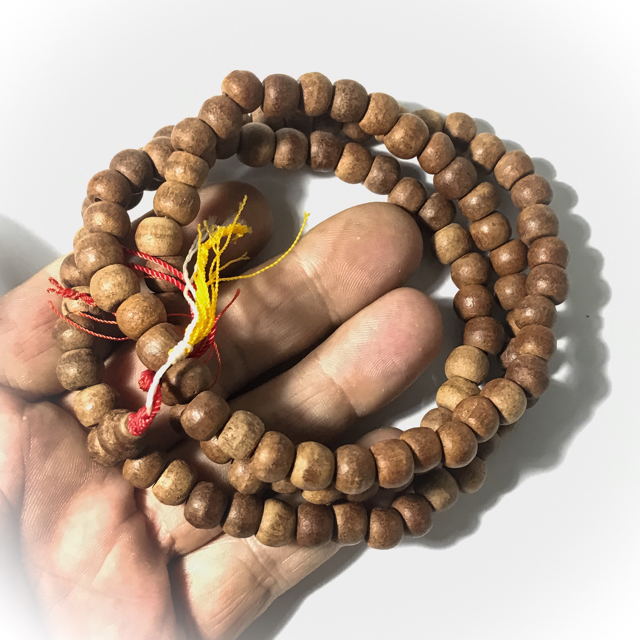 Luang Phu Kroo Ba Ban has posthumously become one of the most highly revered monks of the Northern Lanna Lineage Tradition Sangha, and his amulets are now extreme rarities for their highly revered state amongst the Devotees of Tak Province, and for the fact that he only ever made small numbers of amulets in the few editions he made. 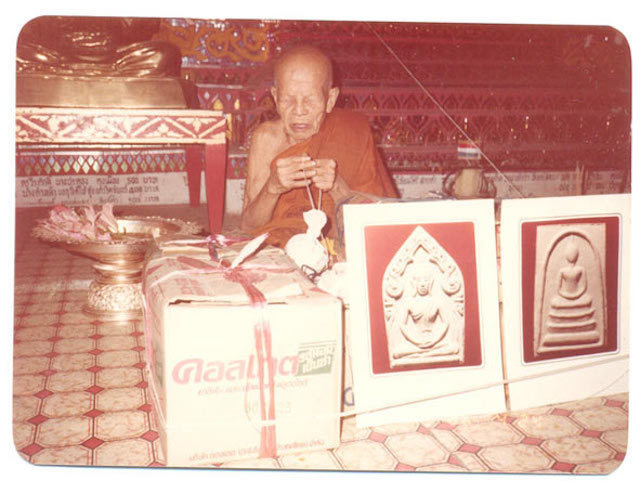 Above; Luang Phu Kroo Ba Ban blessing his Famous Song Pol Edition amulets, in the year 2529 BE. His famously powerful Pra Somdej Song Pol and Pra Khun Phaen Song Pol can be seen in the pictures. 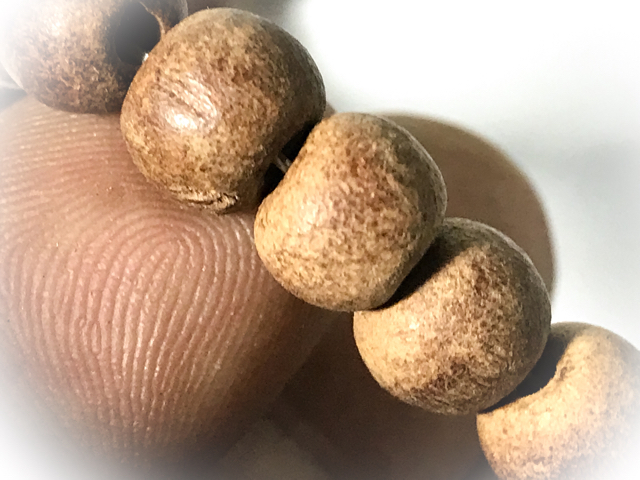 These rare rosaries were given to us through Ajarn Spencer Littlewood, which he received from Pra Ajarn Gorp Chai, of Wat Mae Ya, who had removed some from the Kru Repository Chamber of the temple to distribute to you. The only reason we were lucky enough to receive some of Luang Phu Ban's sacred rosaries and other amulets, is due to the fact that Ajarn Spencer Littlewood is a friend of Pra Ajarn Gorp Chai. 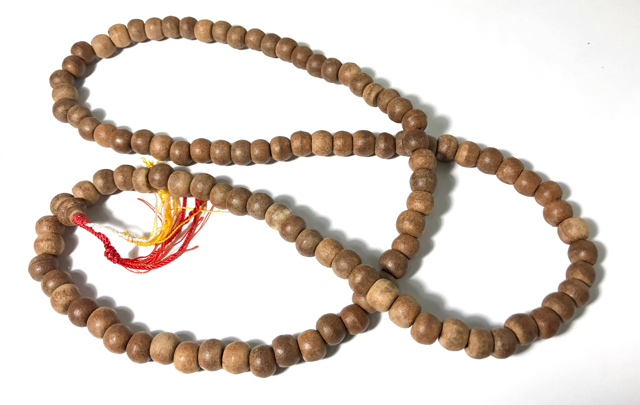 Pra Ajarn Gorp Chai is one of the monks at Wat Mae Ya in the present time, and who upon being beseeched, was merciful enough to dig up some of the few remaining amulets which were stashed in the Kru Hiding Chamber in the shrine room of Wat Mae Ya, to allow us to make a donation and distribute some of them to our valued customers. 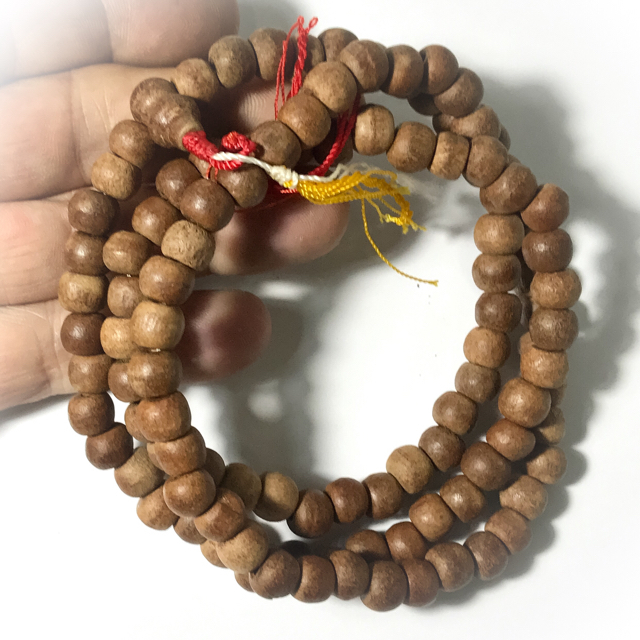 We highly recommend the amulets of Luang Phu Ban, and also those of Pra Ajarn Gorp Chai of Wat Mae Ya, which is continuing the Tradition of Luang Phu Ban's Wicha of amulet making at Wat Mae Ya, for their highly sacred blessings and Muan Sarn Sacred Powders and their extreme limited quantities. In addition the amulets of Wat Mae Ya are neither mass made, nor distributed to the public market for trading, being completely non-commercial in nature. 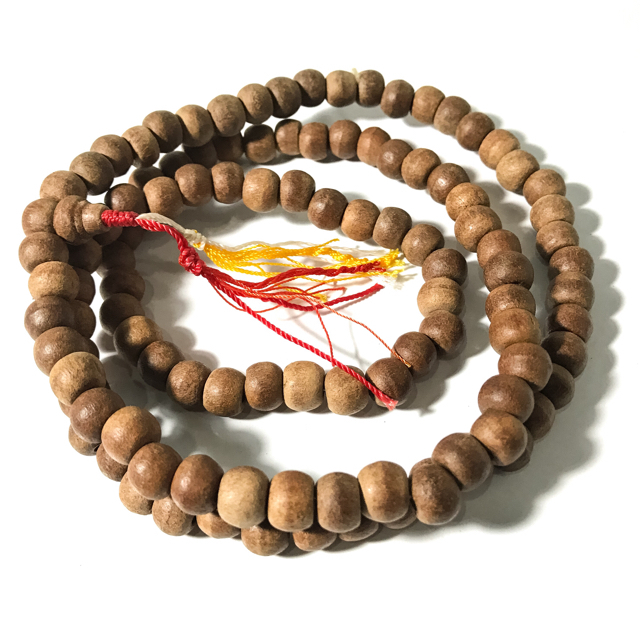 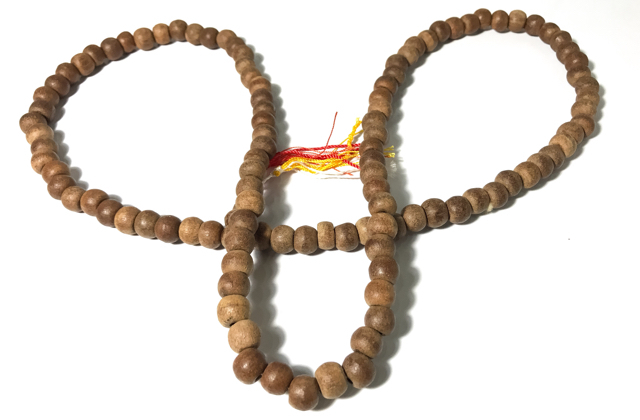 As time passed, Luang Phu Ban's relatives began to nag him to disrobe and come to help them with the farming work, which was overtaxing his relatives, who were in great need of assistance. But Luang Phu Ban refused to disrobe, and moved away to evade the temptations to disrobe, to go and stay at Wat Chai Monkgol. At that very same time, the Great Kroo Ba Srivichaihad arrived at Wat Chai Mongkol to preside over the building of a Vihara Shrine and a Chedi relic Stupa. 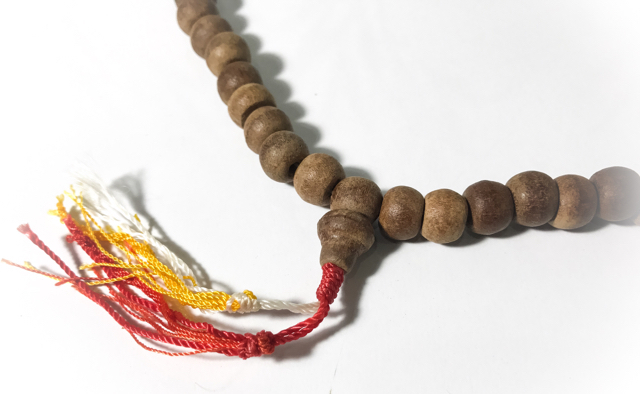 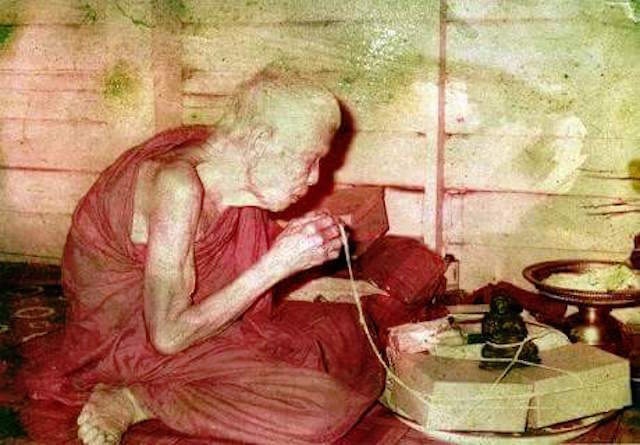 Luang Phu Ban was thus lucky to assist Kroo ba Srivichai in these tasks, which lasted until Luang Phu Ban reached the age of 22 years old, when Luang Phu Ban then became ordained as a fully fledged Bhikkhu promoted from Samanera Novice Monk. 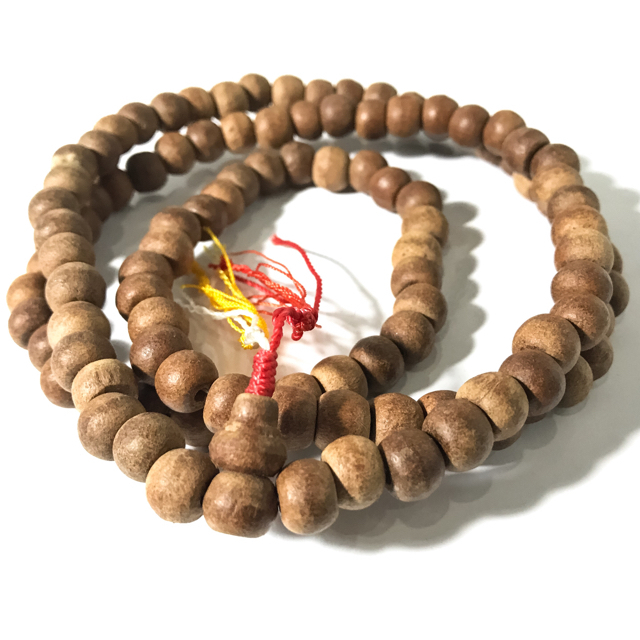 Luang Phu Ban came from a very impoverished household, and so was not able to afford to be fully ordained, and this is why he remained a Samanera Novice for so long, up to the age of 22. The Monk Jao Rachapatigawongs felt sorry for him, and so offered to be his Guarantor and pay for his robes and the costs of the Ordination Ceremony as a fully fledged Bhikkhu. 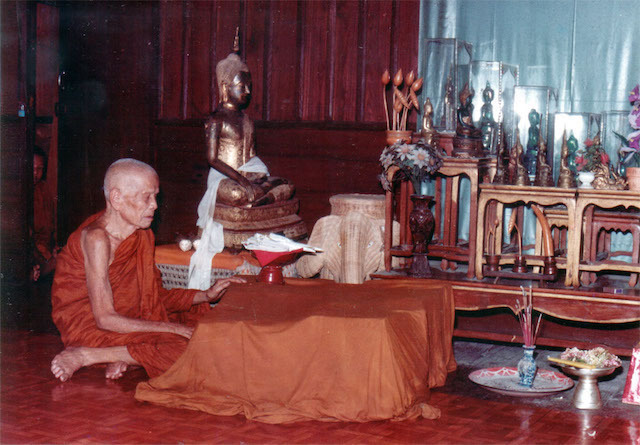 Kroo Ba Gandta of Wat Pratat Haripunchai in Lampun, was his Upachaya this time, with Kroo Ba Gandawongs and Kroo Ba Dtan as his 'Koo Suad' (two monks are appointed to prompt a Bhikkhu who is being Ordained, in the long Ceremony of Chanting which is not allowed to be read from a book, rather, must be chanted from memory).

Luang Phu Ban remained at Wat Chai Mongkol after his full Ordination for many years, until at some point he travelled outwards to Tak Province, and continued to travel on Tudon through the Province of Lampun, and into Lampang Province, seeking experience in solitude. During this Tudon wandering, Luang Phu Ban met Luang Por Fa Yuean, who was on his way to pay reverence to the Relic Stupa in Tagong in Burma. 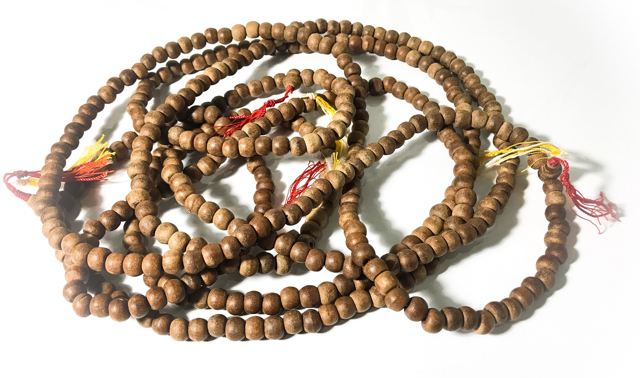 Luang Phu Ban asked Luang Por Fa if he could accompany him, travelling back through Tak and Mae Sod Provinces and entering Burma through the forests. Once they had reached the Relic Stupa at Tagong, and payed reverence, Luang Phu Ban then returned back to Tak Province before the beginning of the rainy season, to find a temple to stay in during the Khao Pansa rainy retreat (Monks are not allowed to wander during the rainy retreats). Luang Phu decided to stay at Wat Praw during the retreat, and gathered more experience and developed his practices there, until after the retreat he moved on to Wat Dong Yang, in Ban Tak, where he remained for one year. 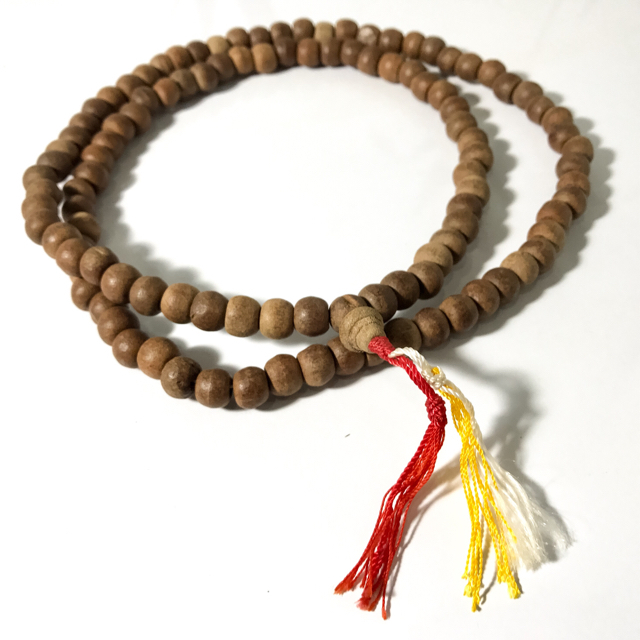 After this, Luang Phu Ban moved to gather more experience and develop Wicha and his practices of Austerities at Wat Pha Yang Ging, in sam Ngao, Tak Province. As he was staying there, the Abbot passed away, and the devotees and local Sangha begged Luang Phu to take the place of the deceased Abbot for a while until they cound find his successor. 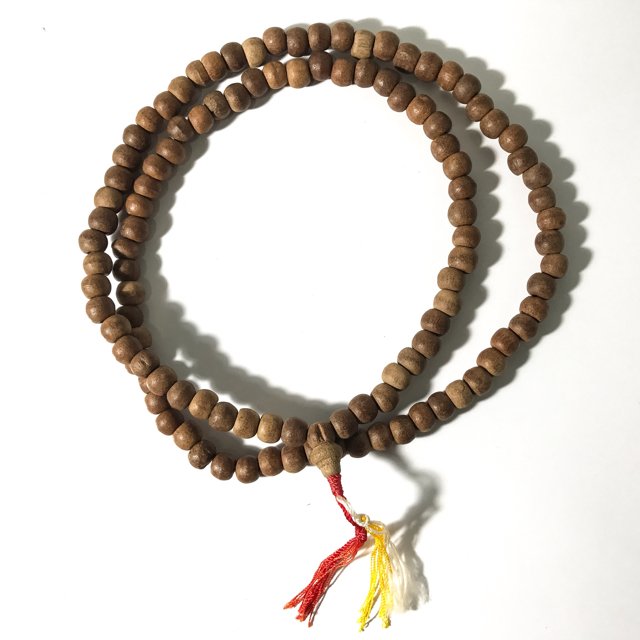 Luang Phu Ban agreed to do the duties until a new Abbot was found, and after the new Abbot was elected, Luang Phu Ban was asked to go to Wat Hua Ban (a temple that is now deserted in the present day). Luang Phu Ban remained at Wat Hua Ban for 2 years, and then he was hit with Malaria, and became very ill. Kroo ba Inta of Wat Pha Yang came to look for him and took Luang Phu ban to be taken care of at Wat Mae Ya, to recover.

Once Luang Phu Ban had recovered from the heavy illness of Malaria, he remained at Wat Mae Ya for many years as one of the temple monks, until, one day, the Abbot of Wat Mae Ya passed away. Luang Phu Ban was elected to become the new Abbot of Wat Mae Ya, and there he remained, throughout the rest of his days, until his own passing at the very old age of 102 years old, after 80 years of Ordained life as a Buddhist monk. 64 of those Ordained years were spent at Wat Mae Ya. 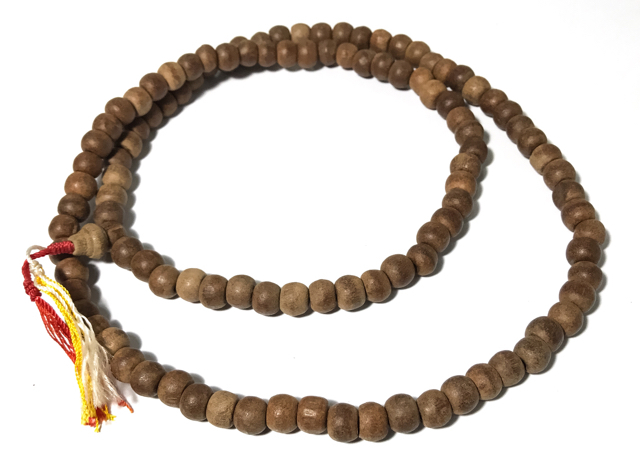 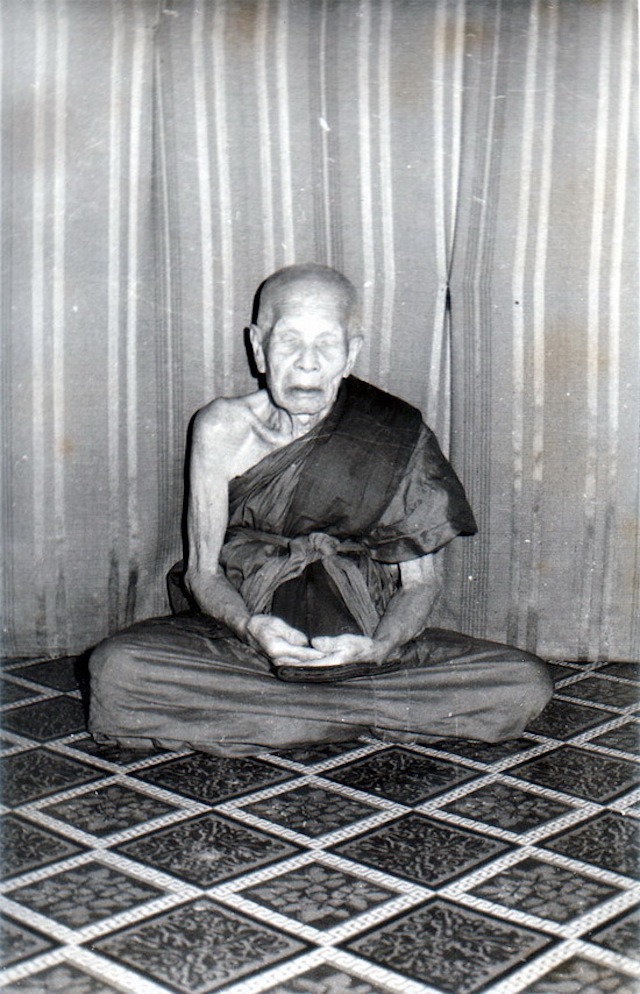 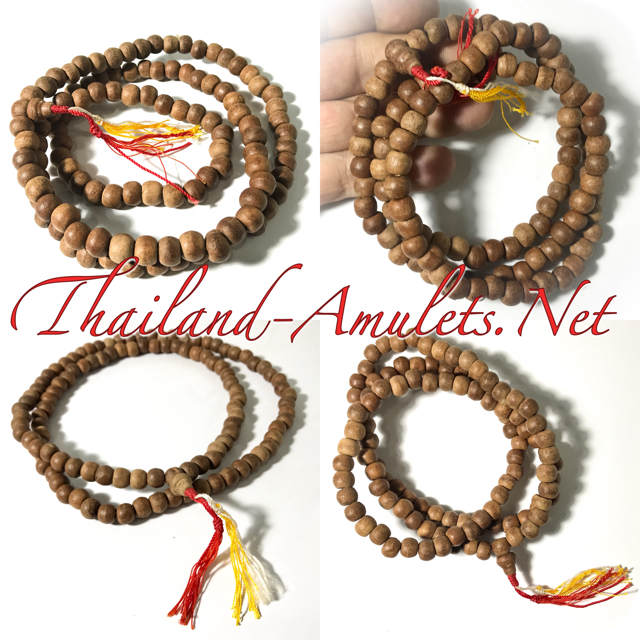