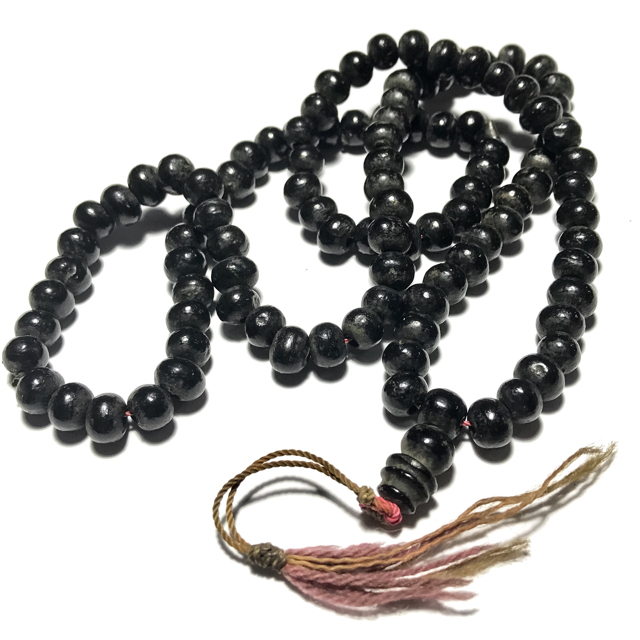 Each bead is 'Jum Rak' (dipped in herbal lacquer) for durability when used to count Mantras and Prayers with the hand. This Sacred Herbal + Bailan Powders Lacquer Coated Rosary Bead Necklace, is an early-era exhibit, and an extreme rarity for true devotees of this Great Guru Monk of the Mon People, Luang Por Uttama. The rosary's visibly aged features reveal it to be a very early era exhibit, and is a highly recommendable item for serious practitioners who like to use the rosary to pray with and count Mantras, but who also seek an empowered sacred talisman for protection and auspicious blessings. A meditation tool and a magical amulet in one, and a powerful defence against black magick and demonic entities, who like to disturb meditators in their practice. 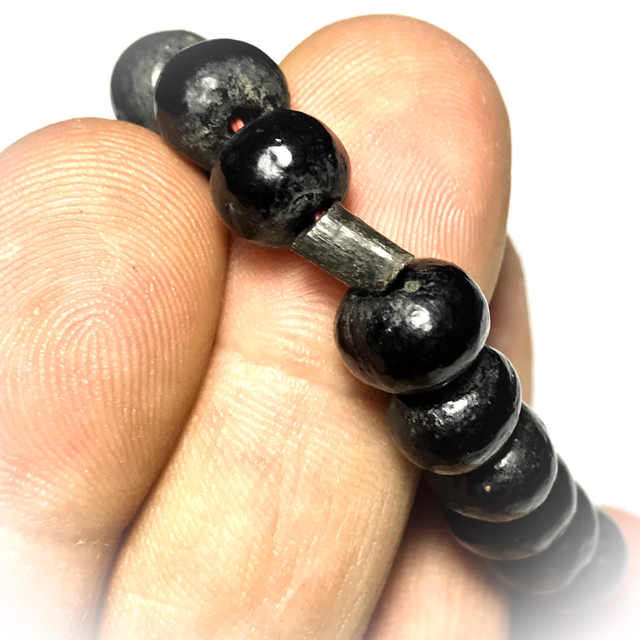 A tiny Takrut Hua Jai is visible attached between two of the 108 Prayer Beads, which is of course a heart Mantra to Invoke a spell within the Rosary. The beads are very hardened now as time has passed, and the black herbal lacquer coating has added to the density and hardness of the Muan Sarn Sacred Powders, as the rosary has aged. 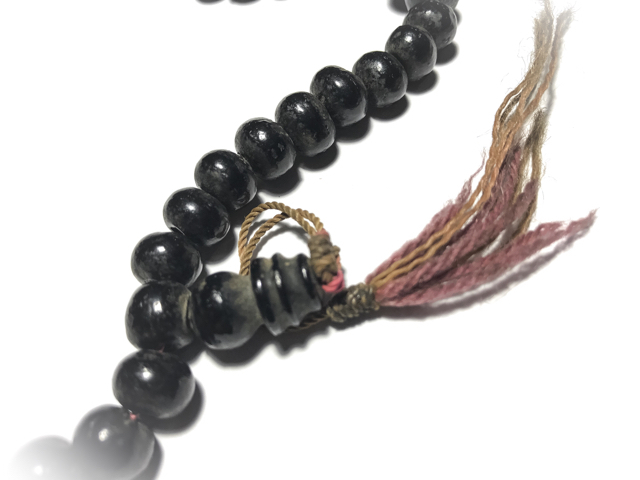 This well aged and immensely classic-looking old rosary was empowered with incantations as each bead of the necklace was molded from Muan Sarn Sacred Powders, and then nightly empowerments as the beads were dried, before stringing them together into the rosary, once more with Incantations of Empowerment.

The Prakam Rosaries of Luang Por Uttama are one of the highly revered and preferred amulets of his devotees, and they are seen to be both useful for personal prayer and practice, as well as for wearing as a Talismanic Amulet, for good Karmic Influences to Induce Lucky Fortunes, mercy Charm, Protection and Prosperity 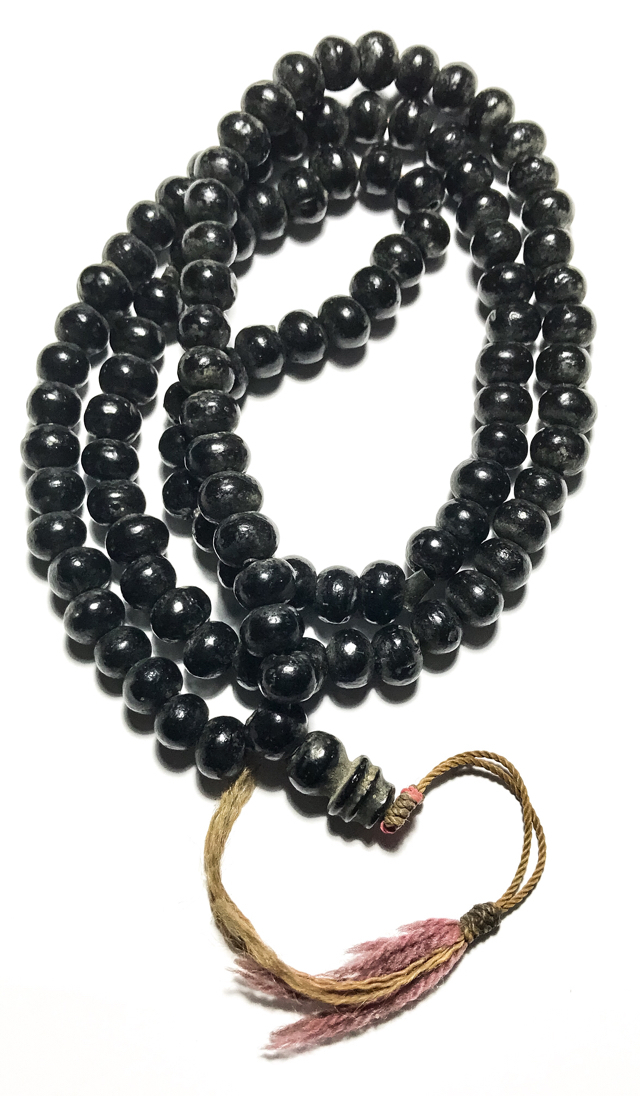 Luang Por Uttama (Pra Maha Uttama Rampo Bhikkhu) was one of the Mon hilltribe people’s top Master Monks and is highly revered by both Mon, Burmese and Thai people on both sides of the Thai Burmese border. Wat Wangwiwekaram is popularly known by local people of the Kanjanaburi district as ‘Wat Luang Por Uttama’. 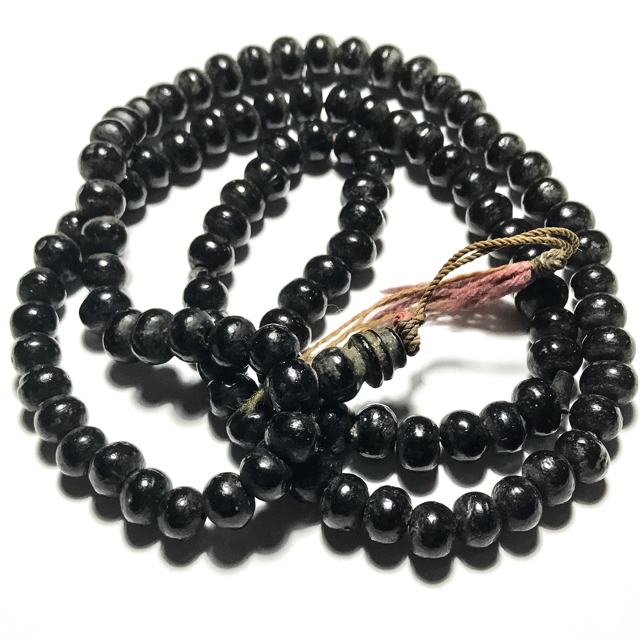 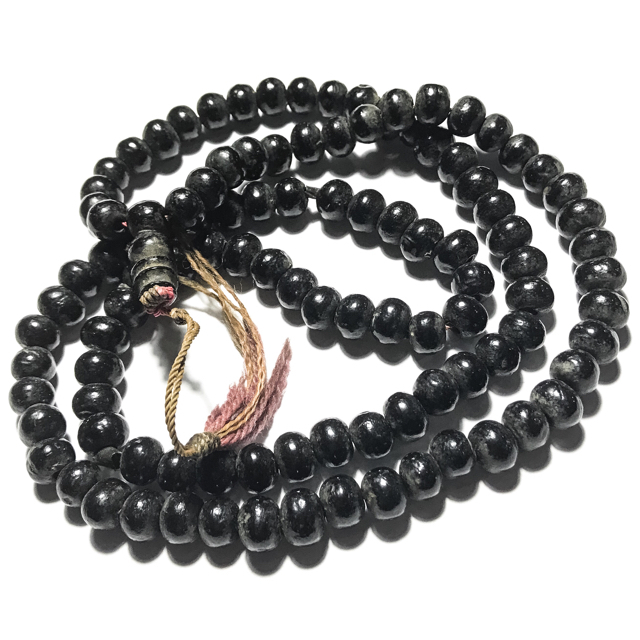 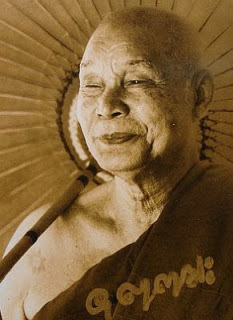 Honors Recieved by Luang Por Uttama
In 2513 BE, Luang Por began building the Uposadha (shrine room/chapel), baking and laying the bricks himself.

After this, in 2518, he built a chedi that was a replica of the Bodhgaya stupa in India, wich he finished in 2519 BE.

In 2504 he began as the head abbot of Wat Wangwiwekaram
In 2505, he was also appointed Abbot of Wat Sri Suwannaram
in 2509 he was appointed the status of Pra Gamma Wajajarn (vice Upachaya)
in 2511 he was promoted to Upachaya status (only an Upachaya can ordain others as monks). 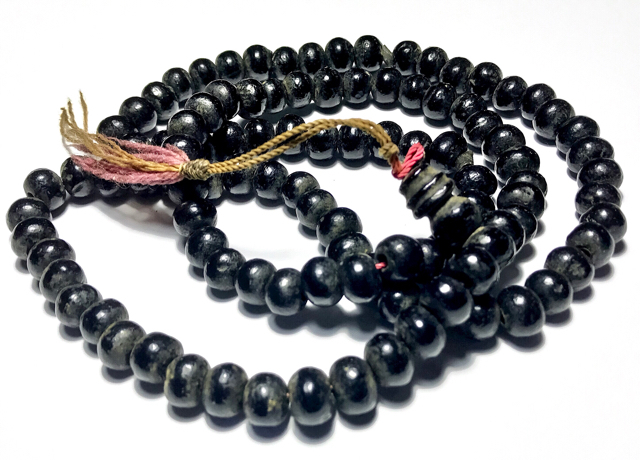 Below; Luang Por Uttama performing Wicha using a Rosary, which was one of his major tools of focus when performing empowerment. The Prakam Saksit sacred rosaries of Luang Por Uttama are hence his most popular 'Krueang Rang' type amulets, along with his extremely preferred pantheon of Guru Monk Coins, which are extremely sought after, and highly valued Pra Niyom category amulets of Master Class status in the collector circles of the Amulet Appreciation Societies. 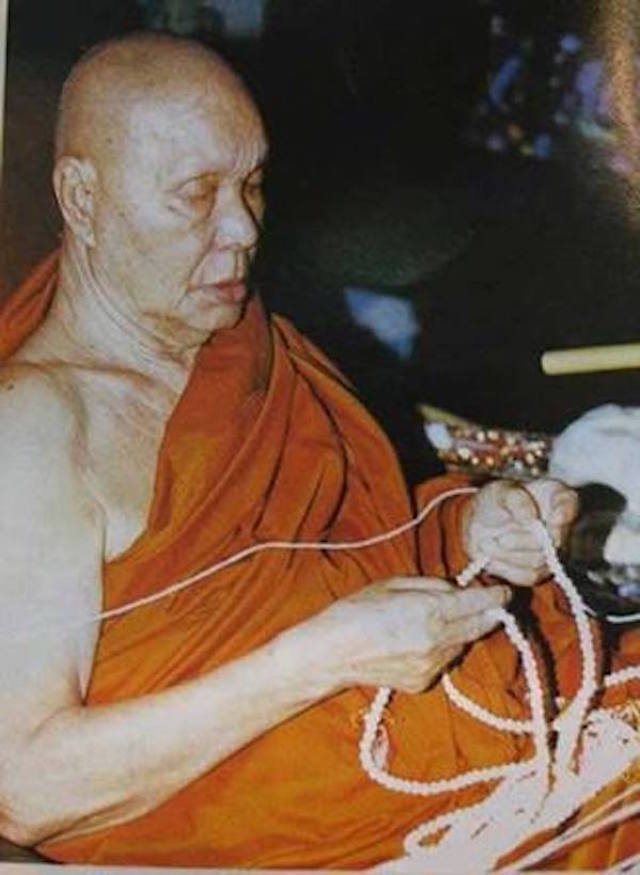 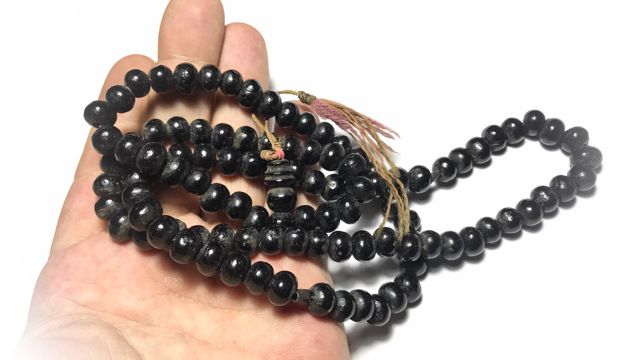 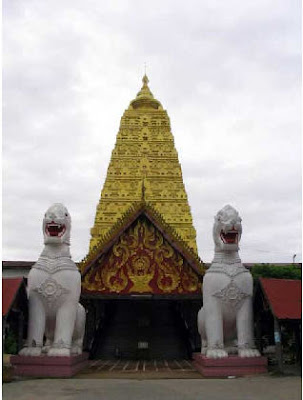 Above pic; The replica of the Bodghaya Chedi Stupa made by LP Uttama at Wat Wangwiwekaram. Above; Amulets and Sacred Bucha Items of Luang Por Uttama, featured in National Amulet Appreciation Publication, which covered the life and practice, miraculous achievements, and amulets of this great Buddhist Master. 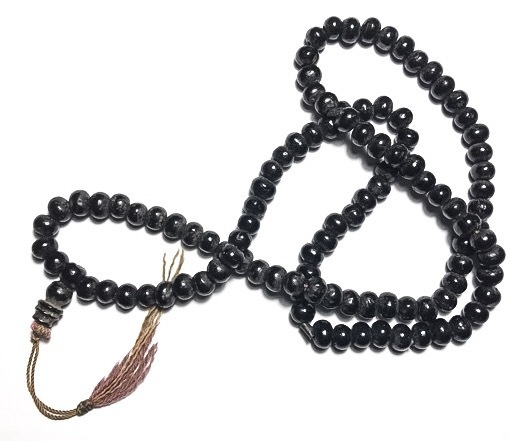 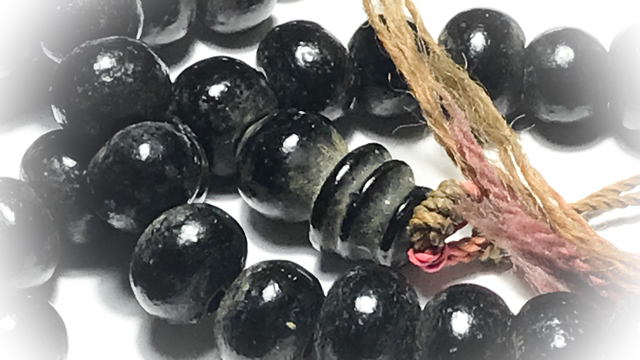 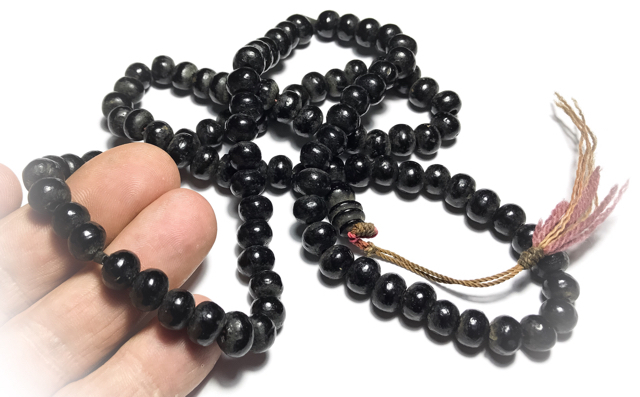 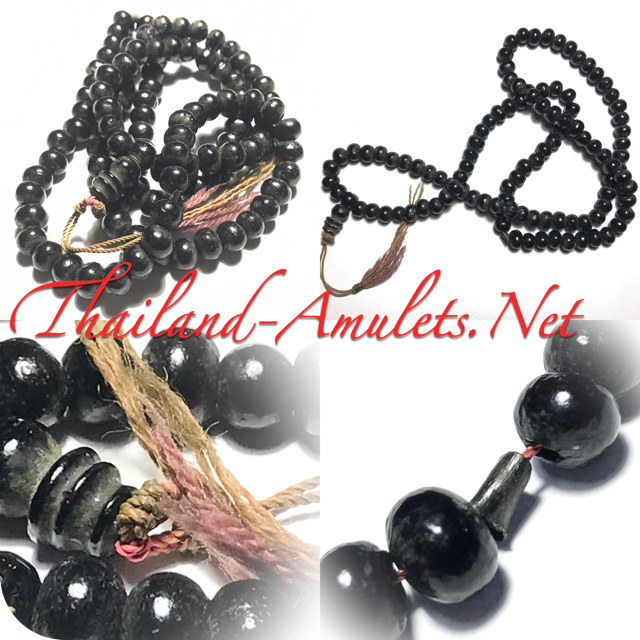