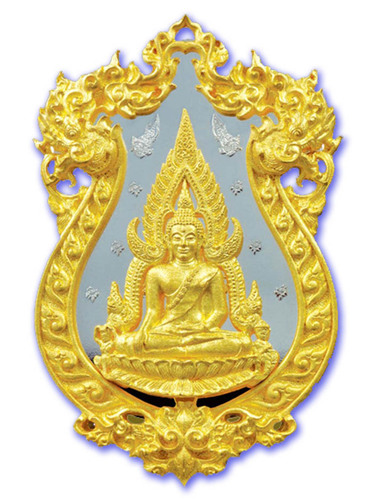 Made from Nuea Tong Rakang (Sacred Temple Bell brass alloy with yantra Foils). The coin is engineered using the latest 2, 3 and 4 piece 3 Dimensional raised Frame 'Ba Chalu Yok Chan' Method. This edition is seen to be the most interesting and attractive edition to have been released due to its new method of design engineering and fine artisanry, which stands out from all other previous editins in its depth and level of fine detail, as well as the choice of sacred and Precious metals on offer. Despite the fact there were a large number of coins made, the edition was fast to sell out, with most of the luxury models beings instantly sold out on release. This is commonplace with amulets of high collectability and low risk, such as the Chinarat Buddha amulet and the Luang Por Sotorn Buddha, which are Eternal Classics that never fade from grace.

The amulets were made in a large number of different combinations of Sacred and Precious Metal substances, Alchemically smelted to form sacred Metal Amulets in two Major design Forms; Loi Ongk Statuettes, and some beautiful Coin Amulets with the Chinarat Buddha on the front face, made using the 'Ba Chalu Saam Midti' technique which is becoming the new Standard bearer for Buddha and Monk coin amulets. the B a Chalu method also uses a Multi-Piece binding of segmented separate parts to make into the coin, preventing any Forgers from attempting to copy the amulets (due to the high expense of the fabrication methods of a 3 or 4 piece amulet), as well as lifting the level of detail and depth, and artistic decoration possible with Thai Minature Buddhist Arts (amulets). 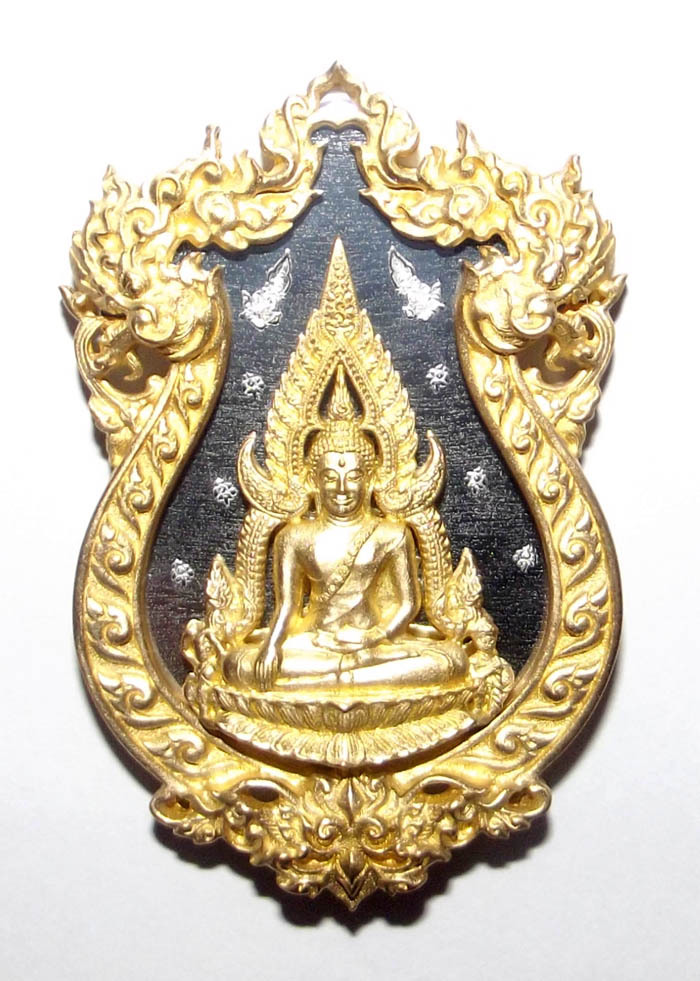 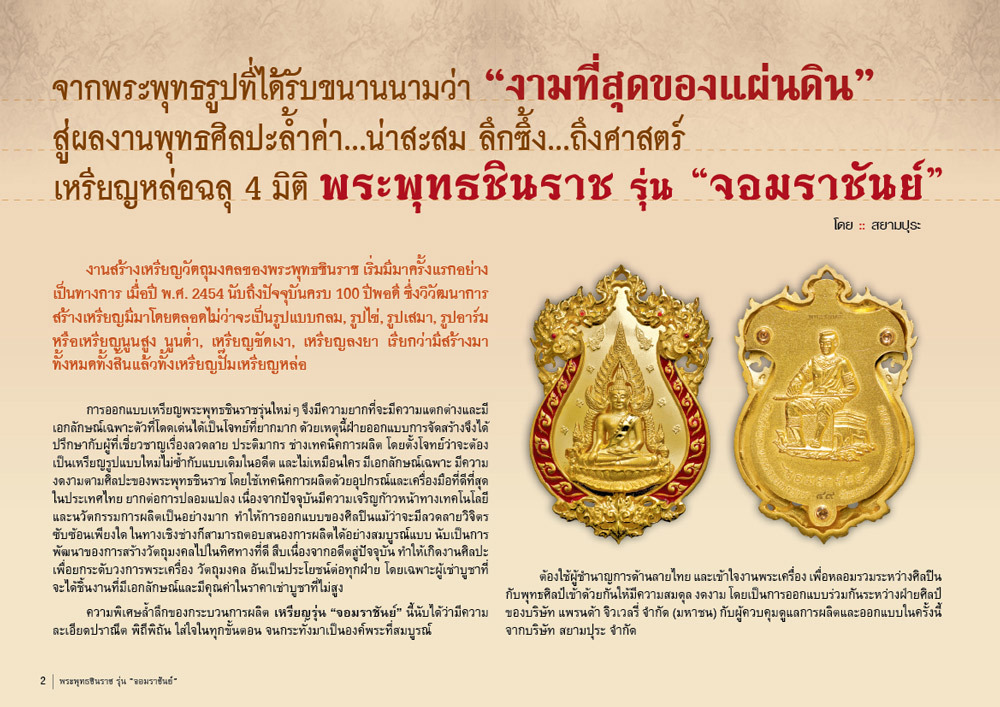 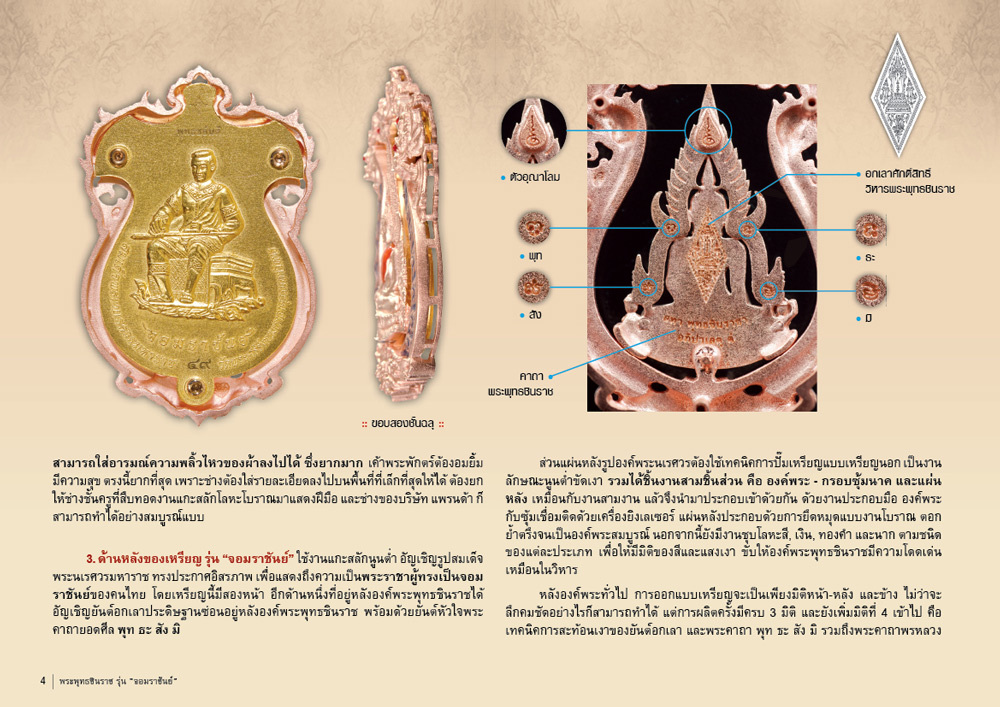 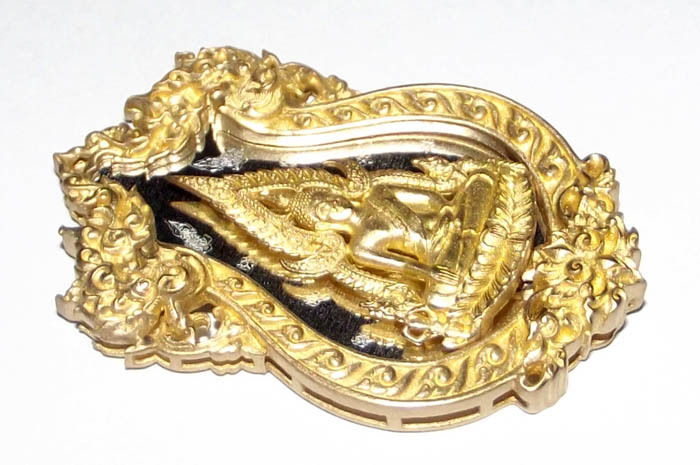 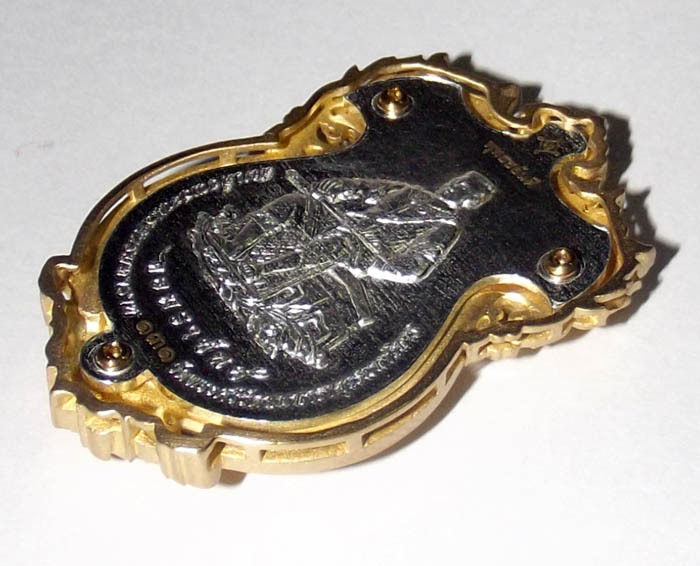 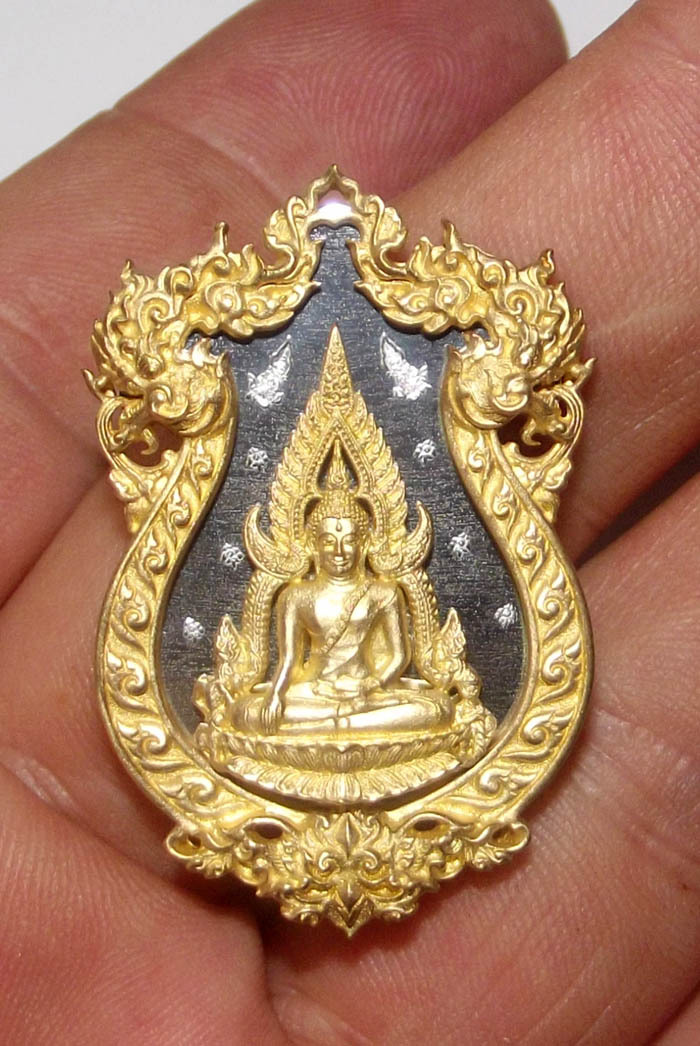 The front face features The Chnarat Buddha with the traditional star studded background, framed by two Naga Serpents, with a decorative 'Singh' on the bottom of the frame. The edges of the frame are decorated with Lai Thai Granok Waves, and the Nagas are spouting water from their mouths. The frame, rear face and Buddha image are all separate pieces making this a 3 segment coin. Never before in the History of Buddha Chinarat amulets has this type of technique been applied, making this a first ever, and a standard bearer for future editions. 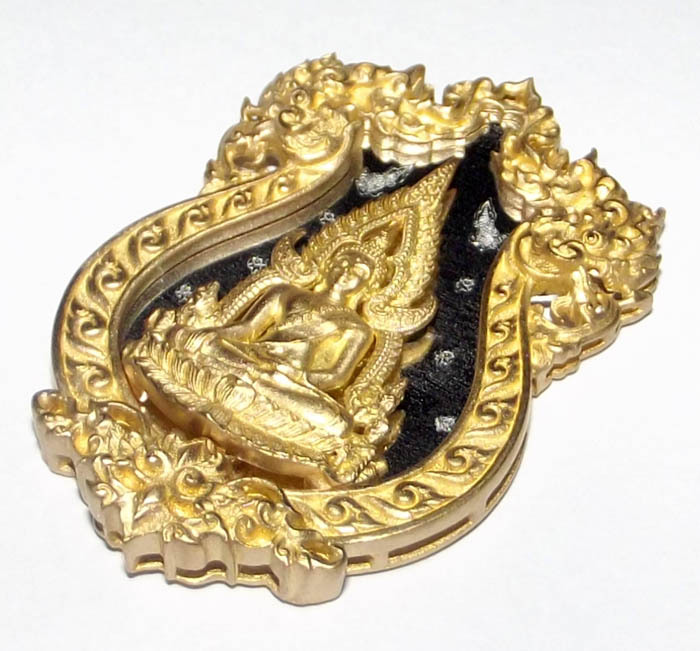 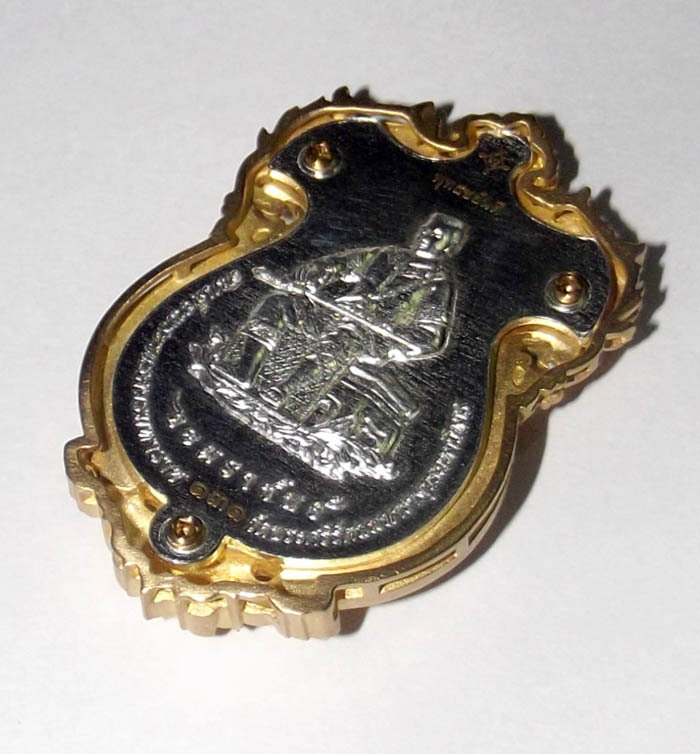 The code number (can vary from image), and words 'Putta Chaayandti' Sacred Stamp are visible on the rear face of the coin, as well as the Code 'Pu'. 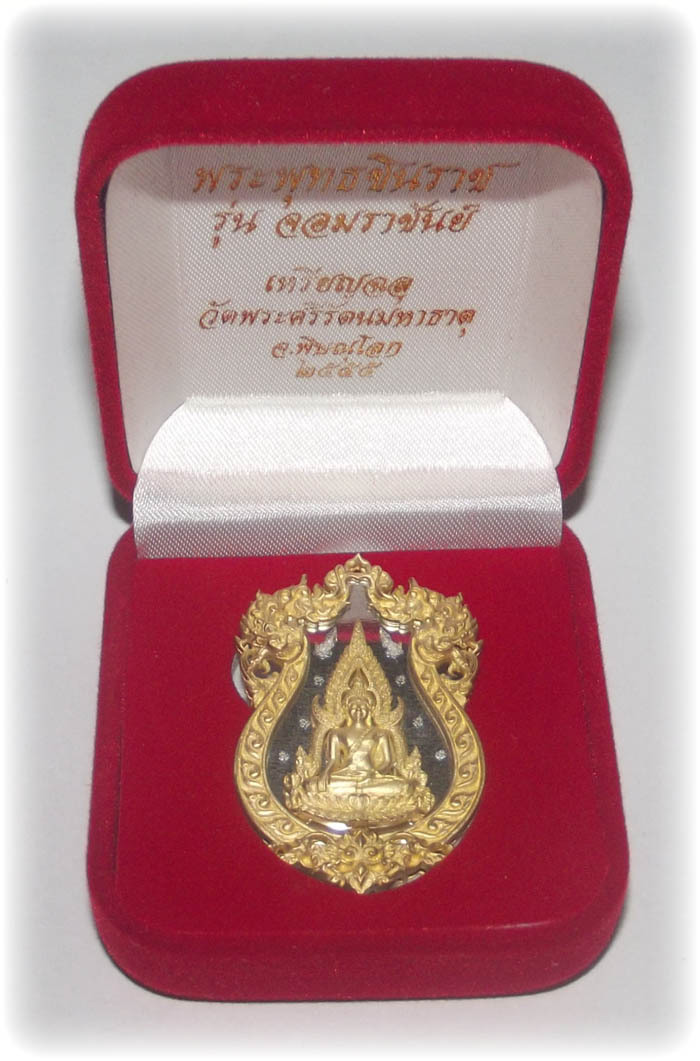