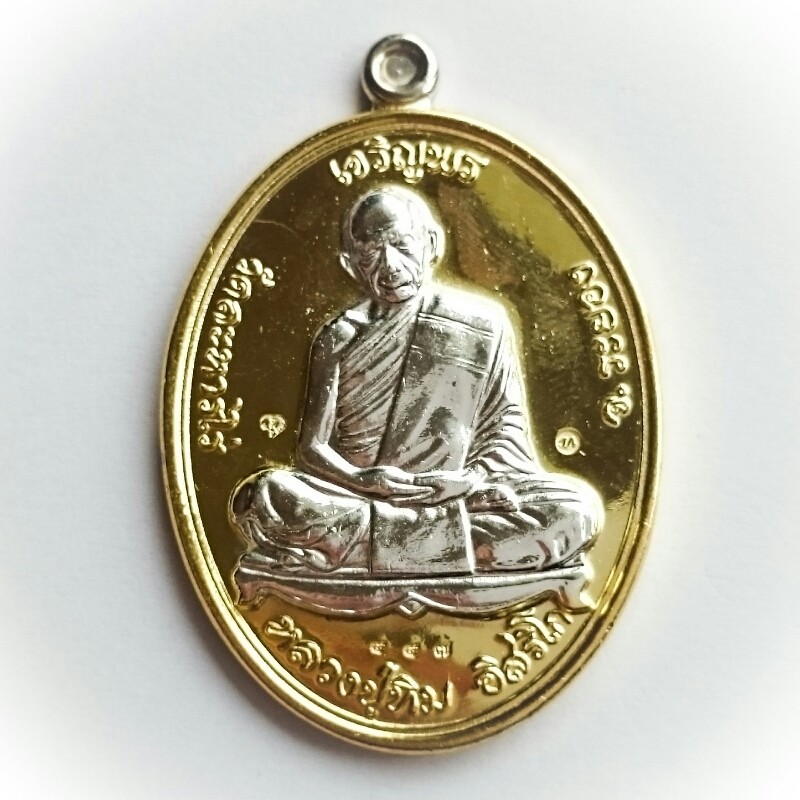 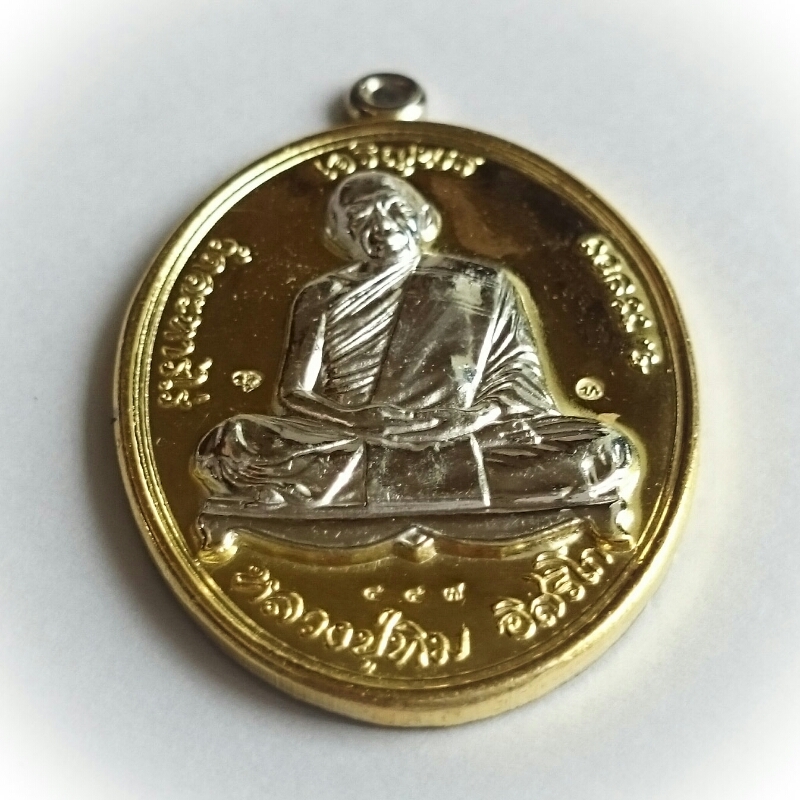 The rear face of the coin features Luang Phu Tim's famous Yant Ha Yantra with the name of the edition and date of release written around the edges of the coin in embossed lettering. 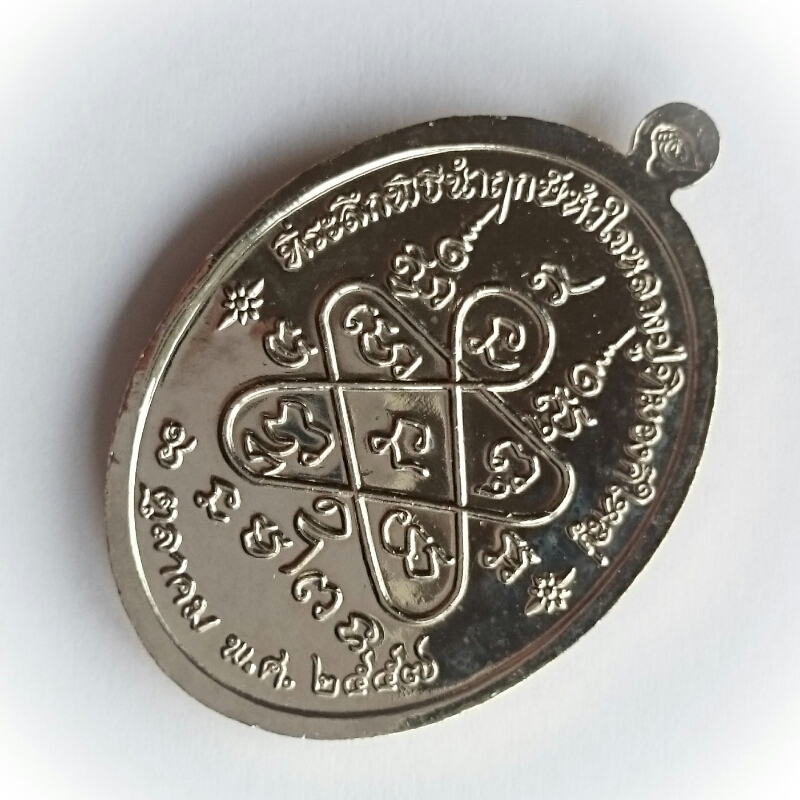 The rear face also has the Khom Agkhara Kzata isncription within and surrounding the Yant Ha Sacred Yantra, which says; 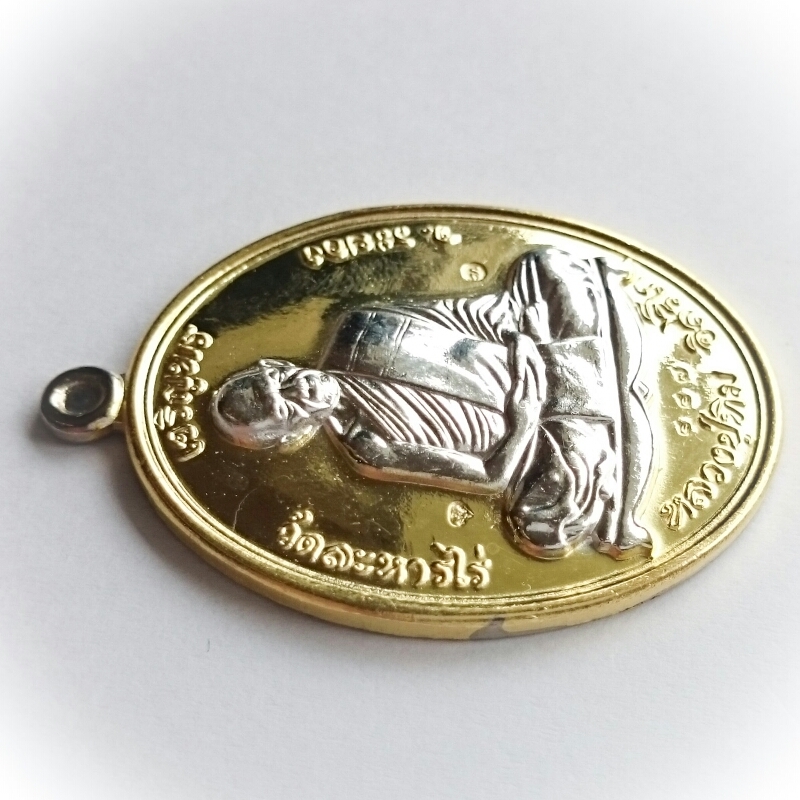 Below; Artists Impression of the finished statue as it should look when finished 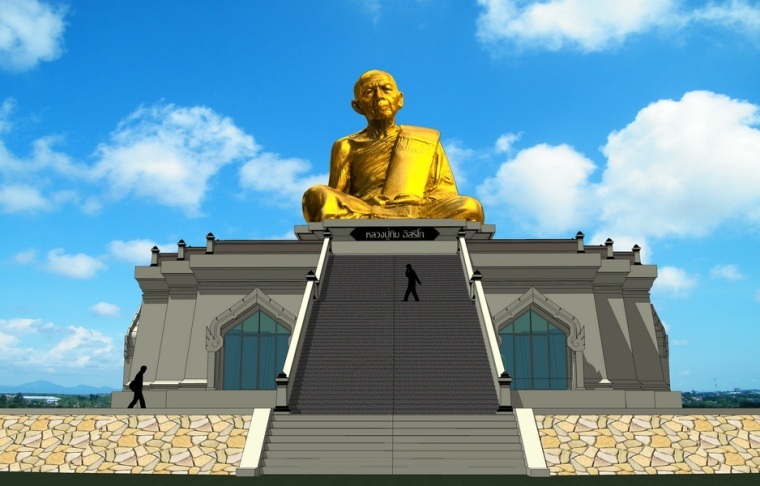 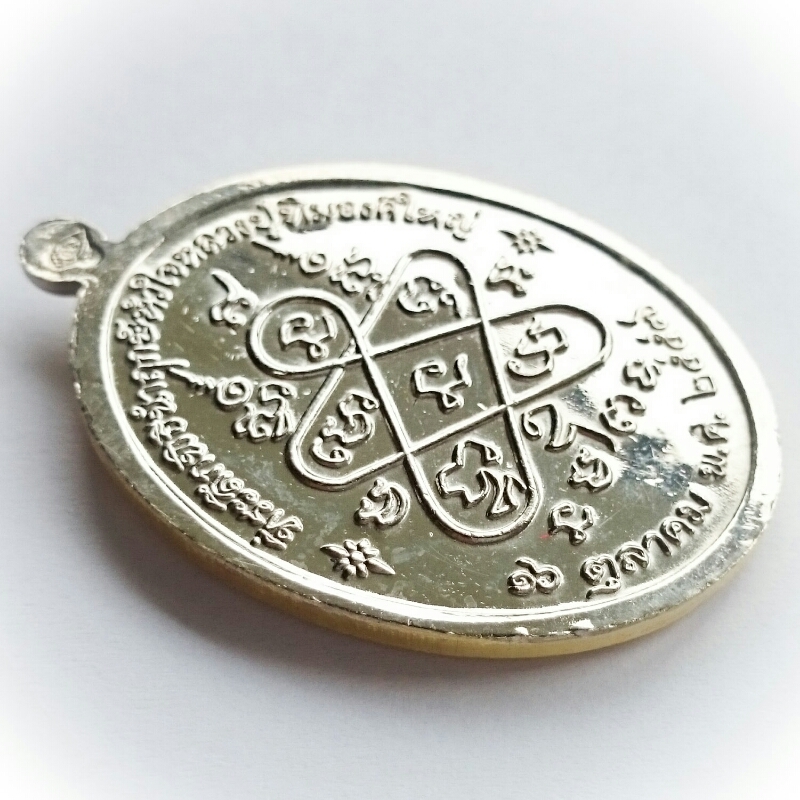 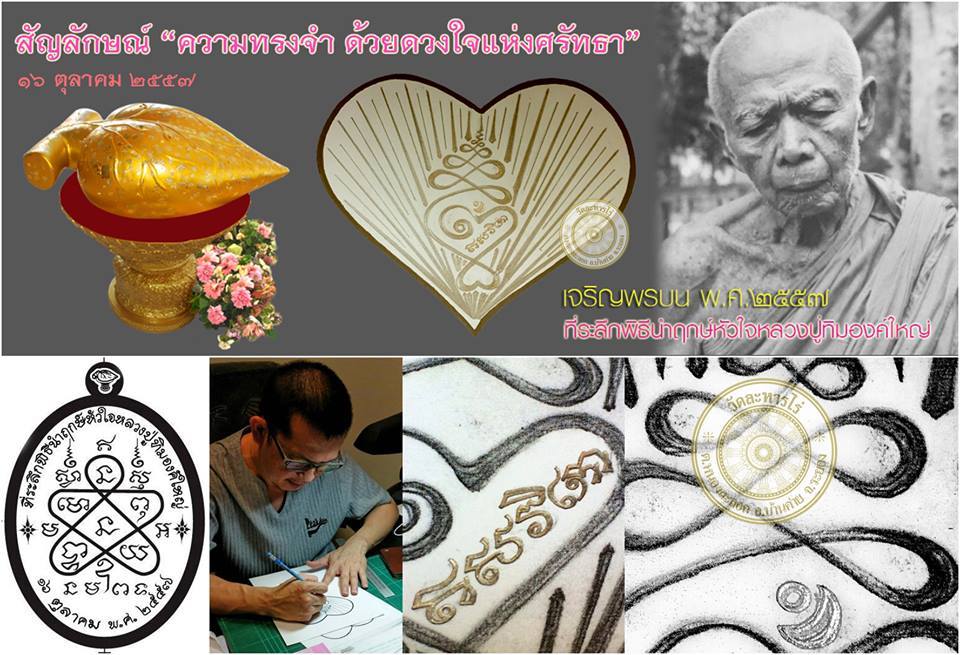 The Edtion recieved the official name of 'Run Hua Jai Issarigo'. Various Official Models were released in varyiing numbers in the edition, with a few models being only handed out during the Ceremony as 'Gammagarn' models, of which only very few were made, this model in Tong Fa Badtr with Silver Image being one of the Gammagarn models, and only very few of them being made (exact number unknown). The other Gammagarn model released was made of the same colors, but in reverse (Albaca Silver Coin with Brass Image), with only 299 made.

Below; some of the official models in this release 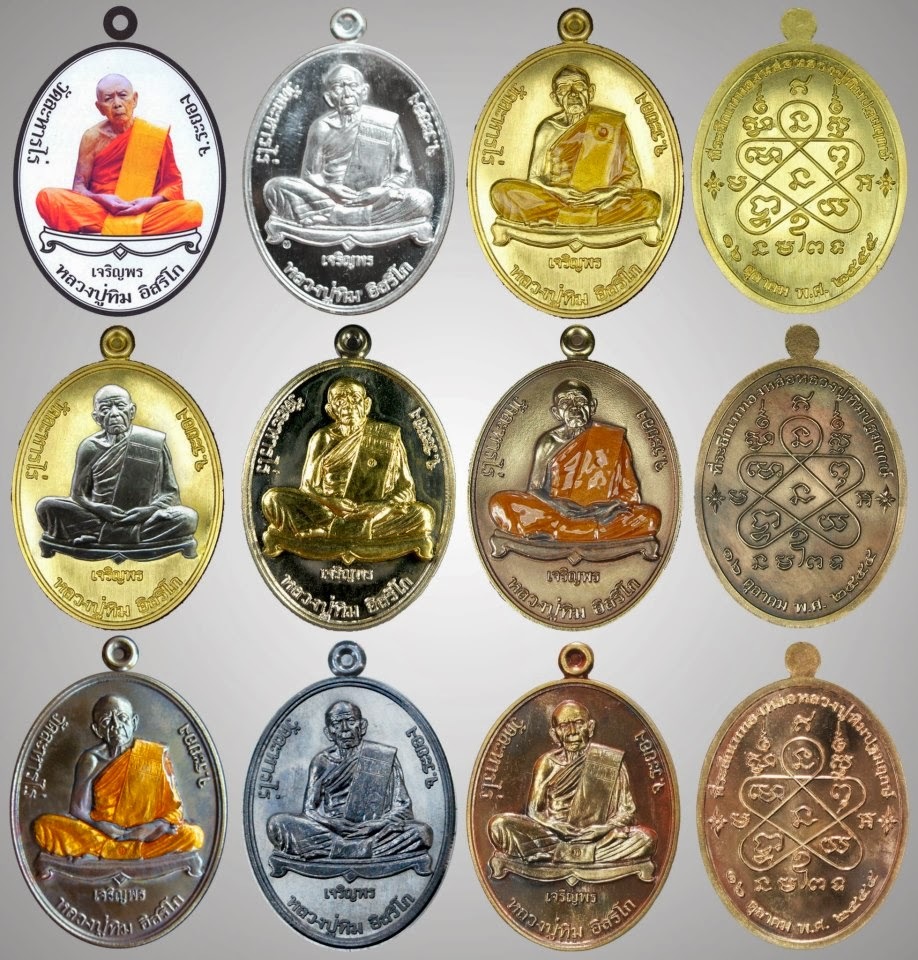 The coin has a numbered series code embossment stamped into the lower part of the front face below the image of Luang Phu, with two more stamps, one either side of Luang Phu's elbows. 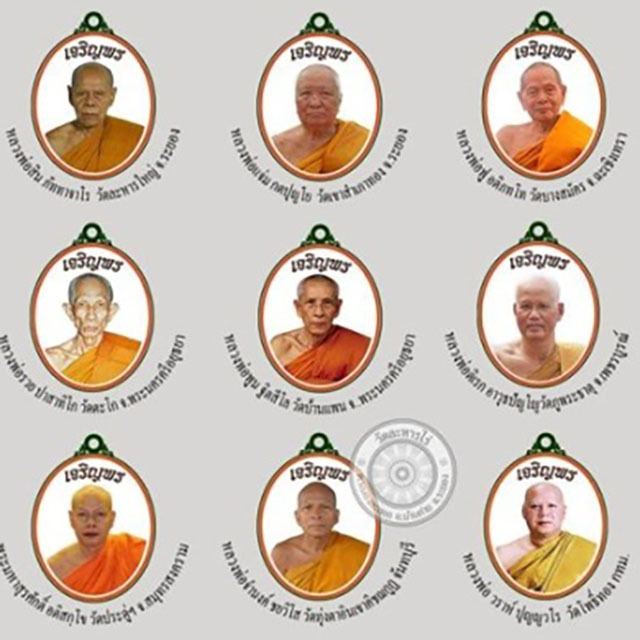 Below; Devotees in mass at the Temple, waiting to recieve amulets at the ceremony 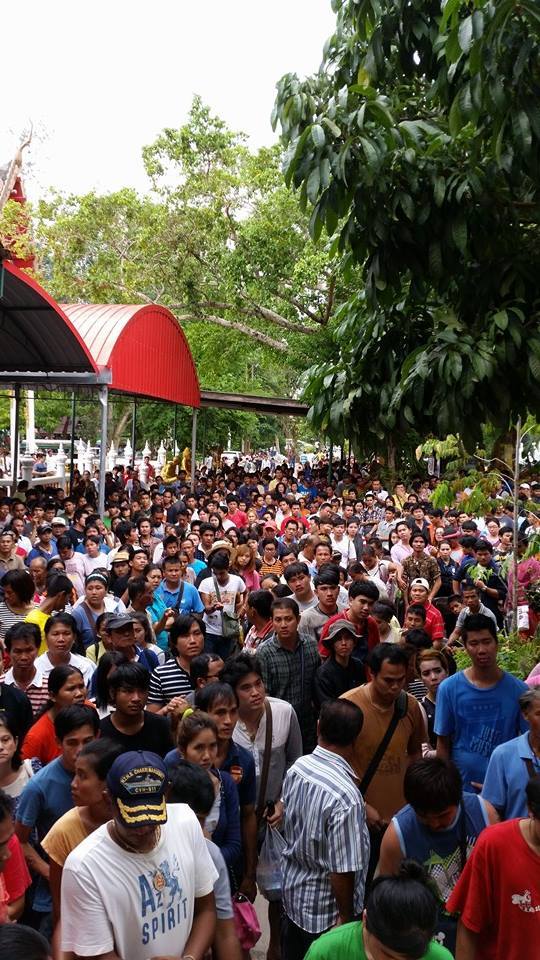 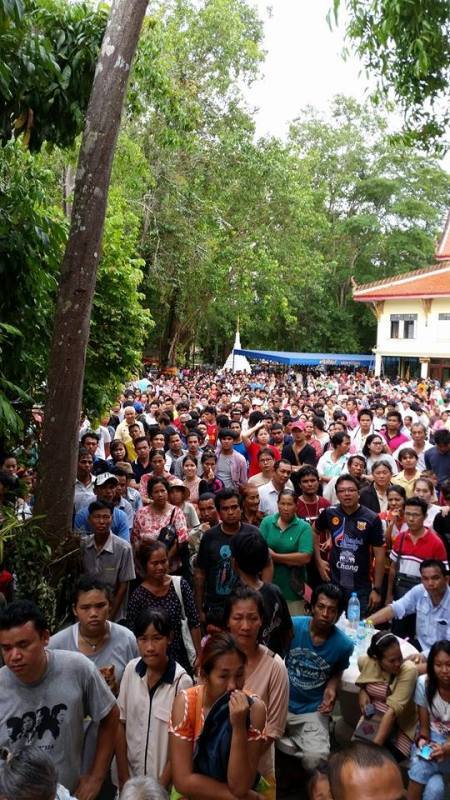 Above; Devotees of Luang Phu Tim at Wat Laharn Rai wait in large numbers to recieve amulets and blessings during the Buddha Abhiseka Ceremony. 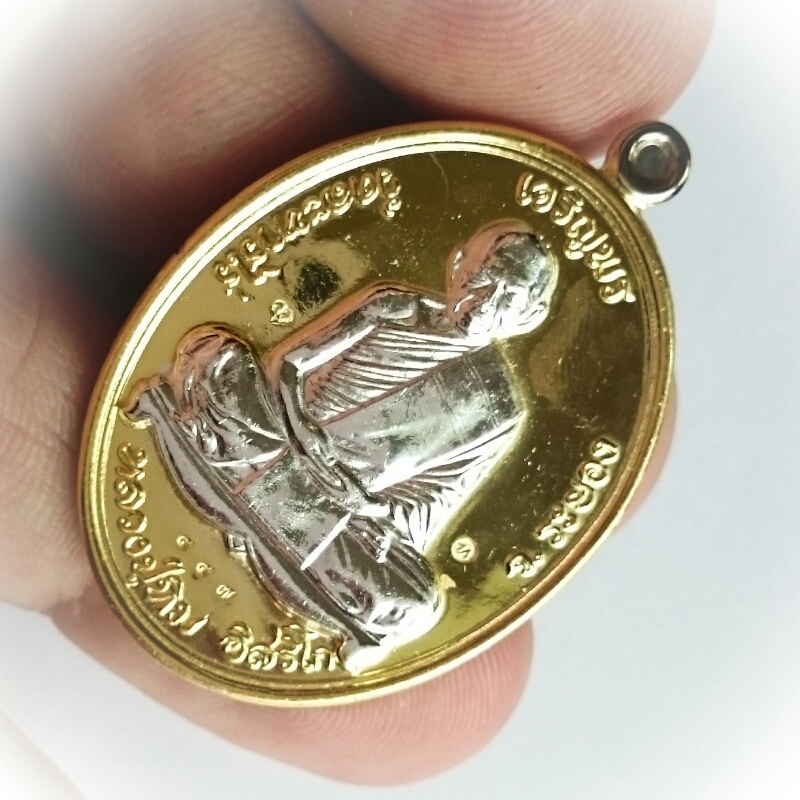 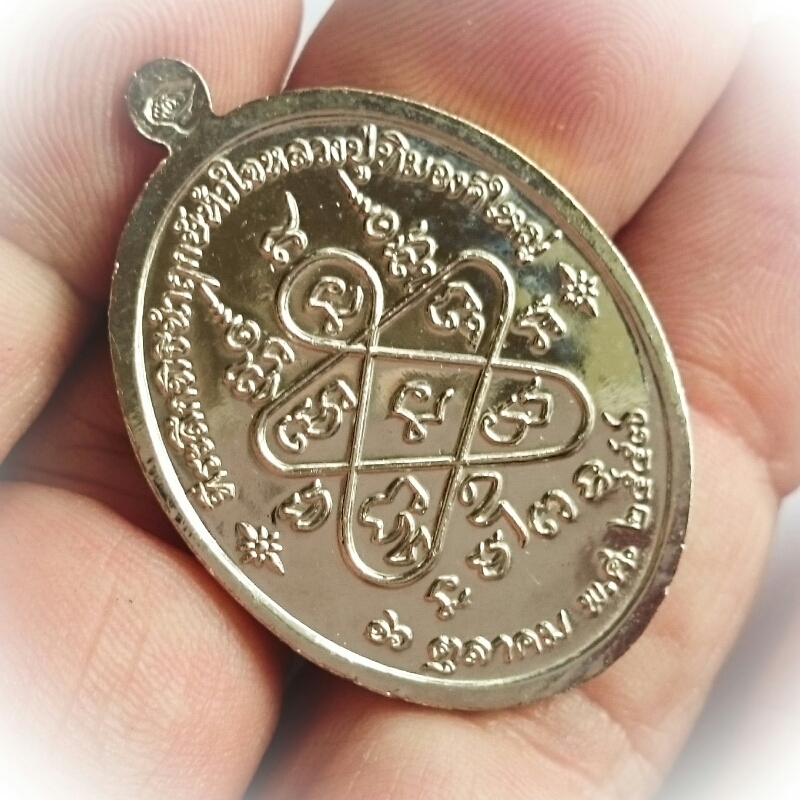