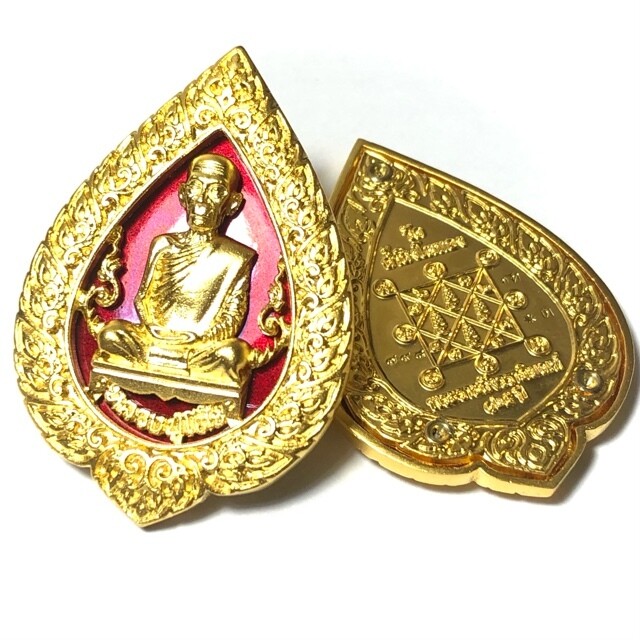 The Rian Pat Yod Boran were released in the Luang Phu To Wat Pradoo Chimplee 125th anniversary edition, which included some immensely sacred and beautifully cast bucha images of Luang Phu To of Wat Pradoo, some Lor Meg 2521 BE replica round shape coin amulets, and 2510 BE first edition replica monk coins in oval shape.

This edition is now also a rarity after the years since its release, especially due to the extreme limited numbers made of each model. This amulet was made in numbers of 1499 Amulets made in this particular version. Wat Tham Singto Tong was built by LP To as he went to the cave to meditate and saw it was a fitting place to build a temple aimed at true practice of Vipassana. 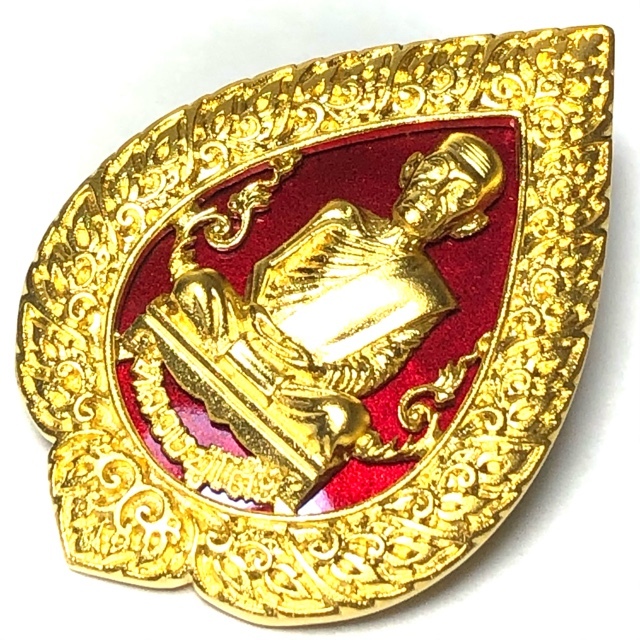 Only 399 Amulets were made in 24 karat gold plated sacred copper with red enamel glaze.

The front face features the image of Luang Phu To in nuea tong daeng nork chup tong kam. The coin itself is made from sacred copper, with 24 Karat Gold plating, and red rachawadee enamel glaze. The coin's casting method used the traditional olden days method of making amulets, as was the case with all amulets in this classic and historically important edition. The olden days casting, cutting, pressing and smelting methods are much more painstaking, difficult to control the results. This is, however, also part of the charm of ancient amulets, for no edition was ever completely uniform in the exterior finish of each amulet, making each amulet possess its own personal charm, texture, and tone. 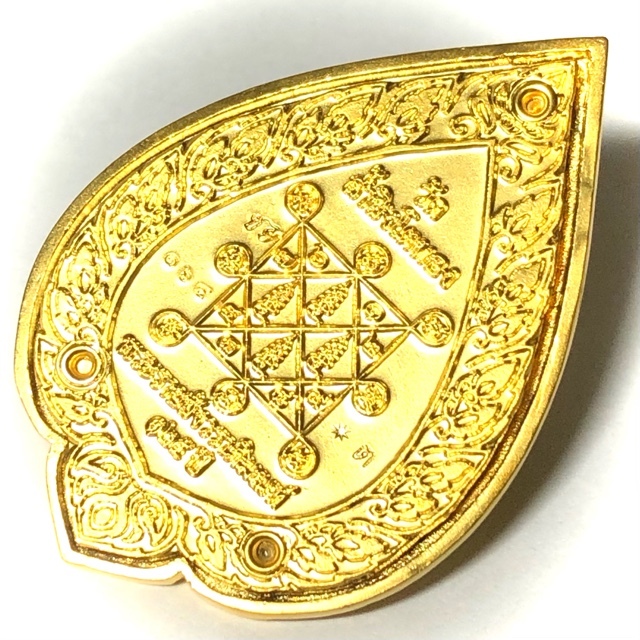 The Rear Face has the Sacred Yant Trinisinghae of LP To emblazoned upon the surface, with all the blessings it includes. 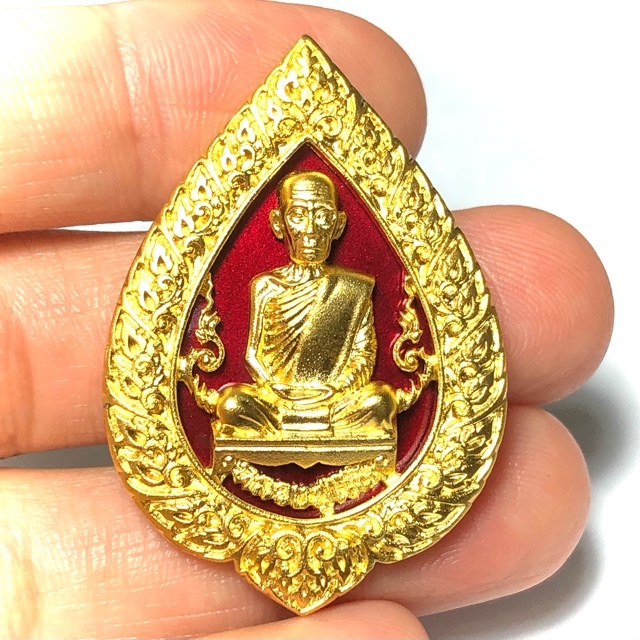 This 125th anniversary edition of master class memorial amulets for the avid devotee and collector of the Luang Phu To pantheon of amulets. These are destined to enter the history books as a classic, and one day will become an immensely rare to find edition of amulets. 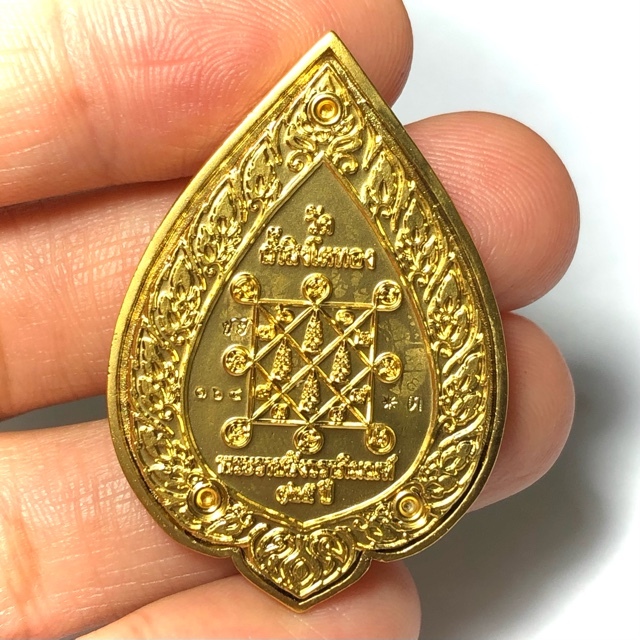 The The Rian Pat Yod Boran is perhaps one of the top five sought after Thai amulet after the Pra Pid Ta Hlang Yant Duang Boran and Hlang Na Duang Boran, the Rian Roop Khai Boran, and the small round 'Rian Lor Meg' amulet. His Pra Somdej 13 pim first edition amulets are also now becoming ever rarer and extremely expensive to afford. 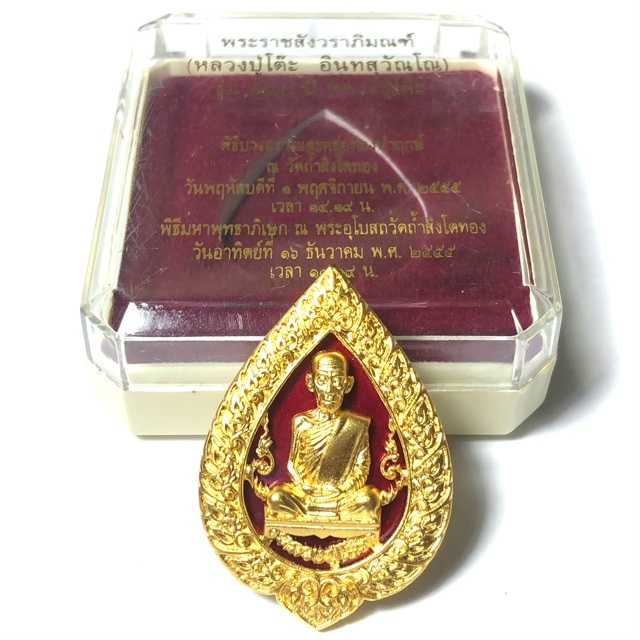 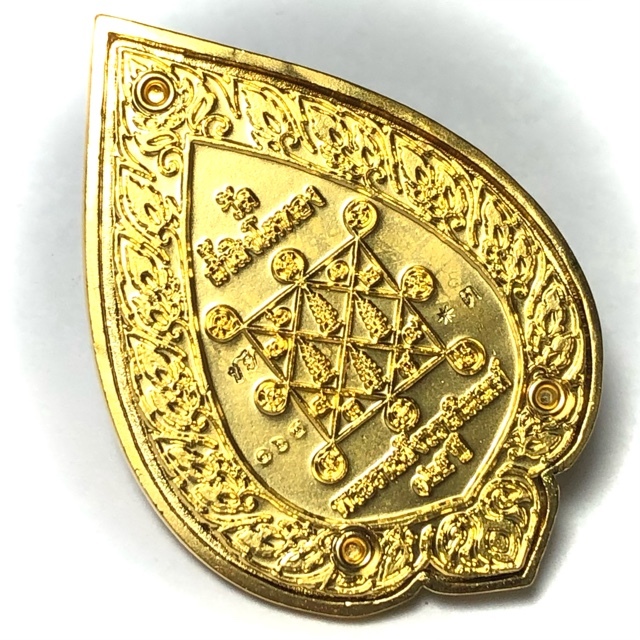