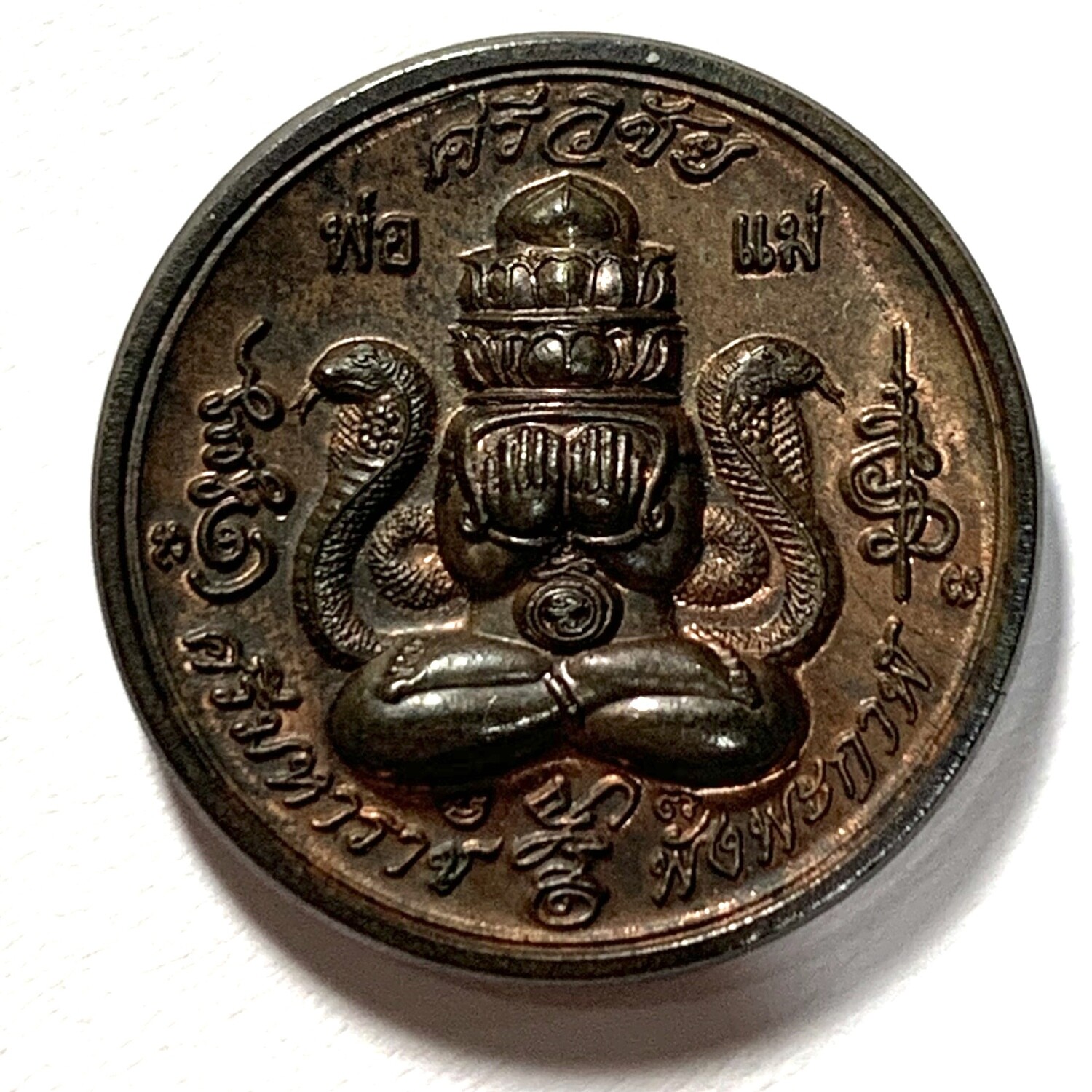 The Rian Pid Ta Sri Maharach 2547 BE edition amulets of Wat Putai Sawan are among the most worshiped and popular of all Pid Ta Pang Pagan amulets, renowned for their great beauty and powerful blessing ceremony. The edition was blessed on 5th April 2547 BE, with a host of powerful Master Monks present to assist in empowering. 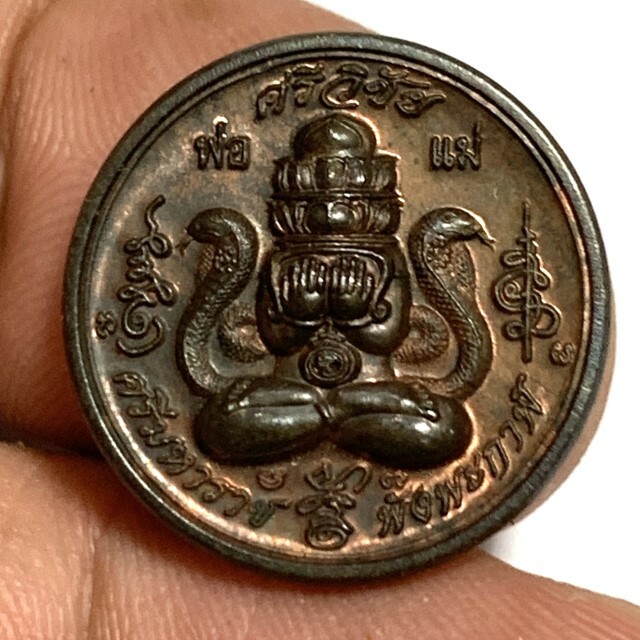 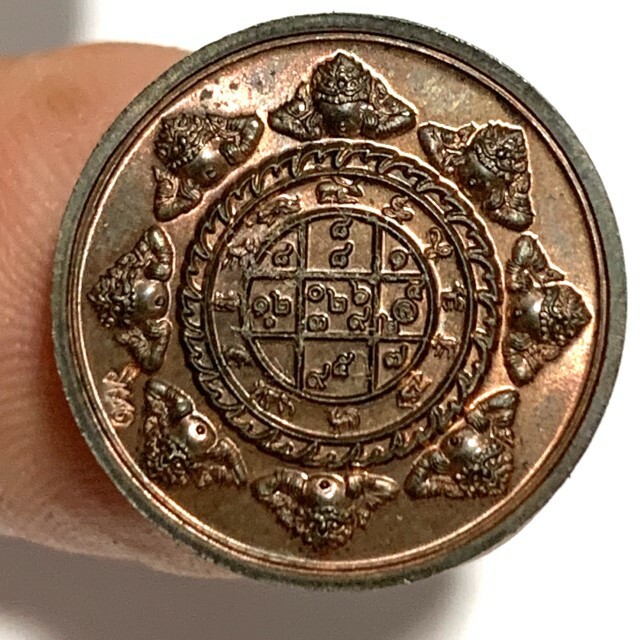 Free Worldwide Registered Air Parcel Shipping is included in the price.A compendium of various sacred artifacts, ancient takrut and other metallic amulets of previous editions including a large number of the Rian Stamp Pang Pagan 2530 edition. Ancient metallic statues and artifacts were also smelted into sacred ingots and inscribed with speells, for the casting of the coins. 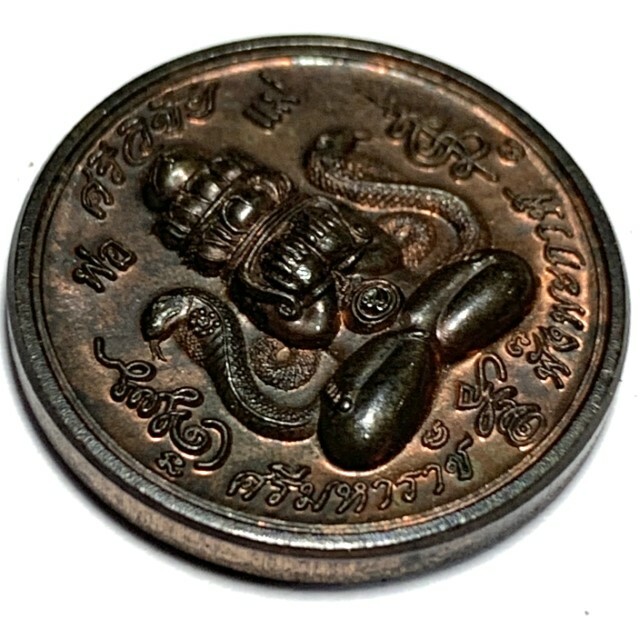 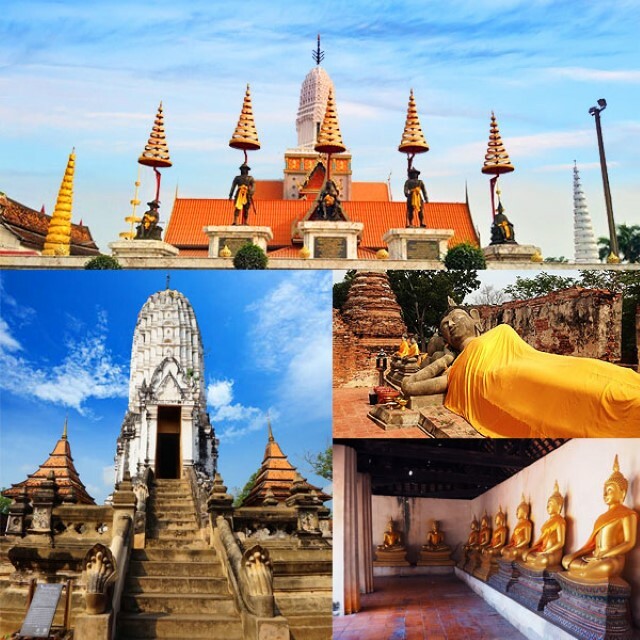 The amulet is an immensely rare amulet to find in the present era. The amulets were made to raise funds for the building of a Pra Mondon Spired Shrine at Wat Putai Sawan. 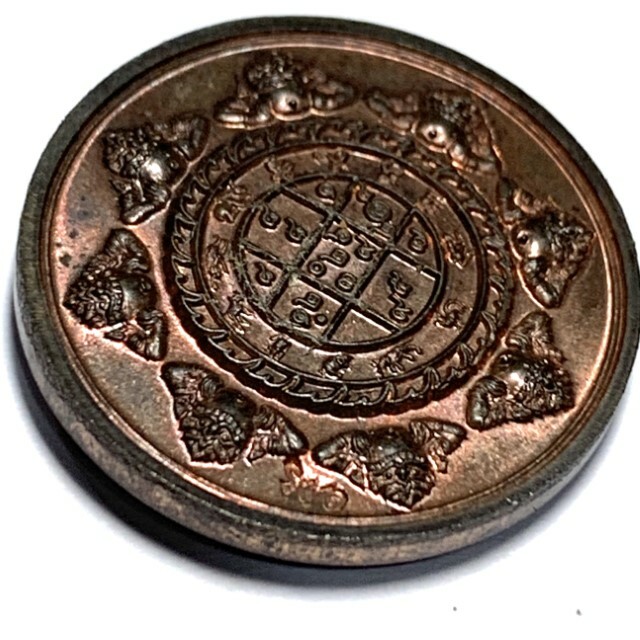 The front Face features the Pra Pid Ta Pang Pagan in Traditional Nakorn Sri Tammarat style Buddhist Art, with the words 'Por' (Father) and 'Mae' (Mother), embossed either side of the head of the Buddha. The Buddha is entering Nirodha (symbolized by his hands covering his eyes). A spiral energy force is over the Buddha's navel, with a sacred Na Normo within it. 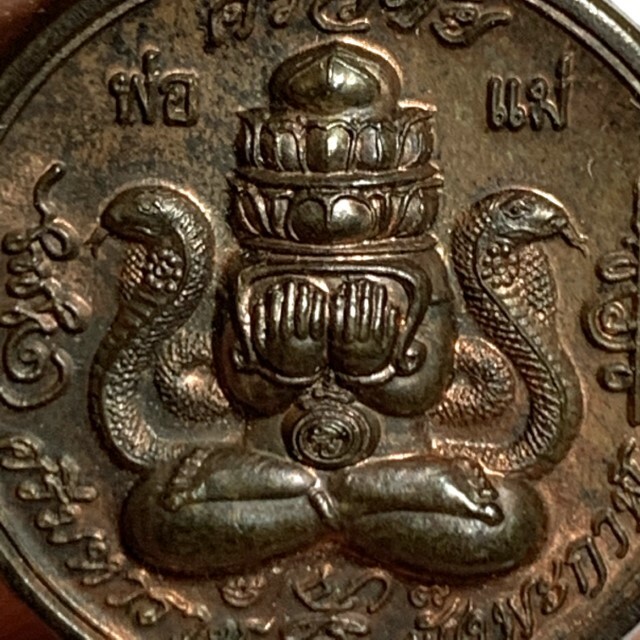 The rear face has been constructed with an arrangement of Adept Spells and Astrological Symbols, empowered with their respective Planetary Invocations. In the center is a Yant Duang for reversal of Negative Karma and Improvement of Fate and Destiny, and the border is encircled with 8 Pra Rahu Asura Deva Eclipse God Images. The amulets were released along with various models of Jatukam Ramataep in a major blessing ceremony. 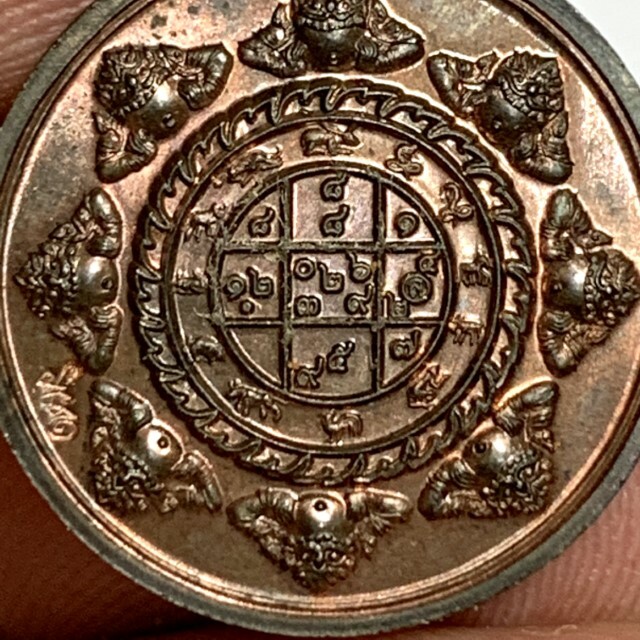 The amulet offers all kinds of blessings ranging from Protective magic against Ghosts, Demons and Black Magic, Bullets and Knives, Car and other Transportation Accidents, Incite Luck and Wealth, attract Prosperity, and Improve Karma. 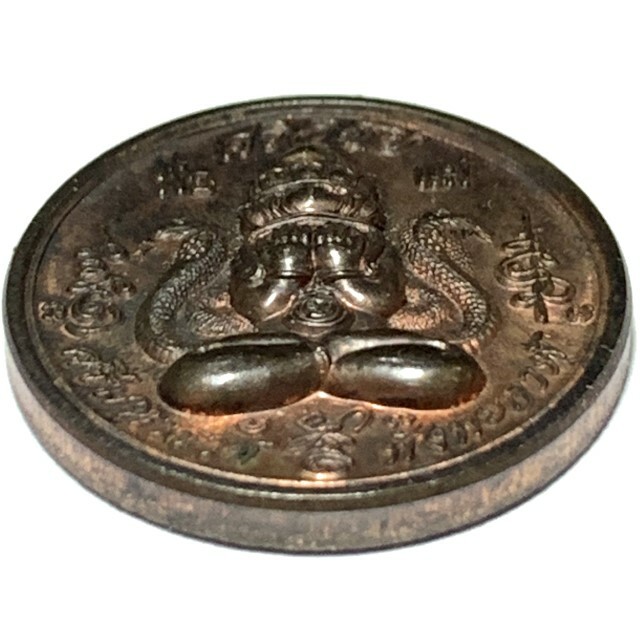 This Pang Pagan is an Indisputable Classic Collectors Amulet of Great Sacred Power, Which has attained its own 'Dtamra' (legendary status) with its own traceable and Catalogued History. Accepted and Admired in all Amulet Collector Circles, and considered to be a powerful Kong Grapan and Anti Black Magic amulet. 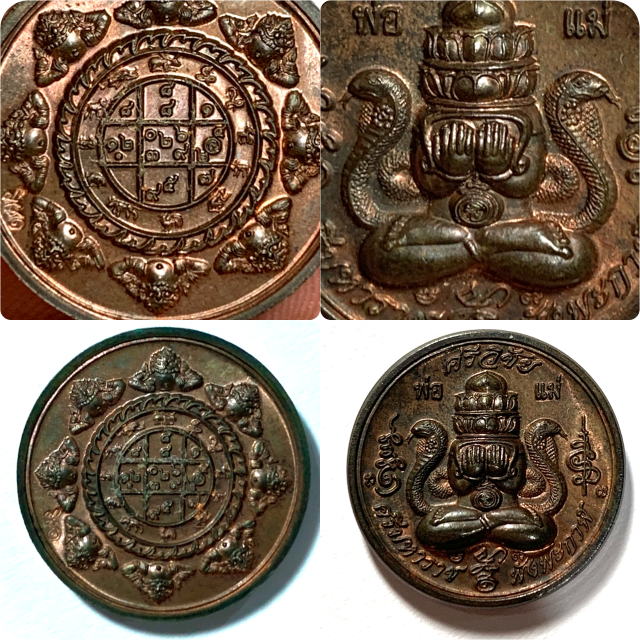