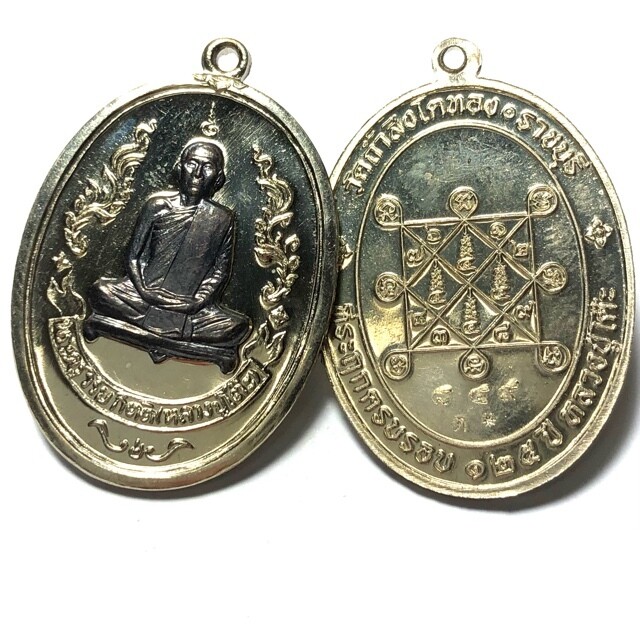 'Yorn Yuk' Nostalgia Piece 125th Anniversary edition coin reproducing the Eternally Classic Pim Niyom 'Roop Khai' oval shaped coin amulet, with the image of Luang Phu To, of Wat Pradoo Chimplee. Arguably one of top Ten Thai Guru Masters of the Last Century. The coin is a Nostalgia Piece Memorial Replica of the 2510 'Rian Roop Khai Luang Phu To Wat Pradoo Chimplee Run Taek' First Edition coin amulet, now worth tens of thousands of dollars, if at all findable. This edition is now also a rarity after the years since its release, especially due to the extreme limited numbers made of each model. This amulet was made in numbers of 1499 Amulets made in this particular version.

The edition included some Immensely Sacred and Beautifully cast Bucha Images of Luang Phu To of Wat Pradoo, Pat Yod, some Lor Meg 2521 BE Replica round shape coin amulets,and these 2510 BE 1st Edition Replica Monk Coins. 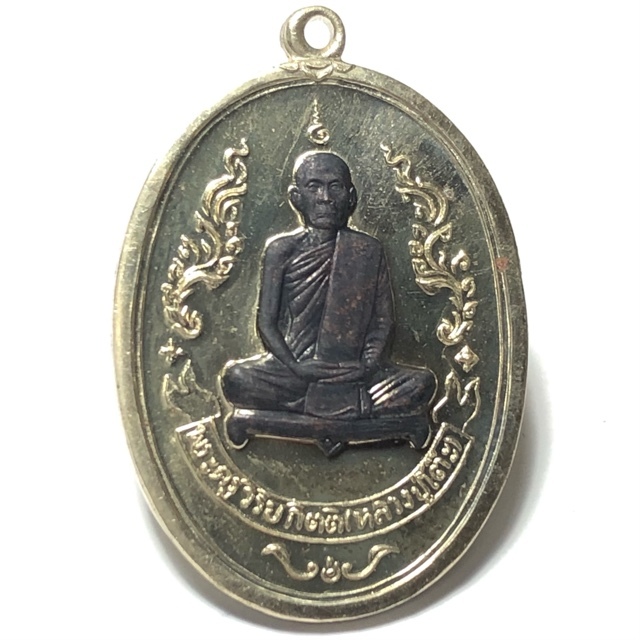 the front face features the image of Luang Phu To in Cameo relief with an Image of LP To in Nava Loha. The coin itself is made from'Tong Khaw', a mixture of Silver with Pewter and Bronze, with the image in Nine Sacred Metals. The coin's casting method used, as was the case with all amulets in this Classic and Historically Important edition, the Traditional Olden days method of making amulets. The olden days casting, cutting, pressing and smelting methods are much more painstaiking, difficult to control the results, which is howeever also part of the Charm of ancient amulets, that no edition was ever comletely uniform in the exterior finish of each amulet, making each amulet possess its own personal charm, texture, and tone. 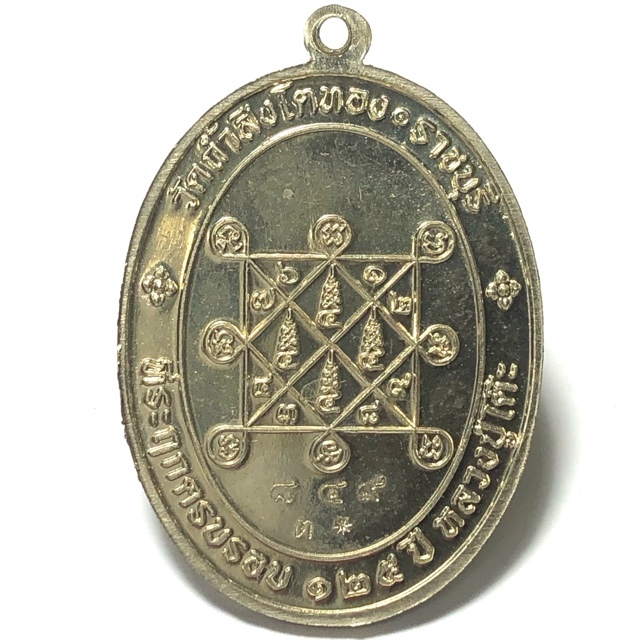 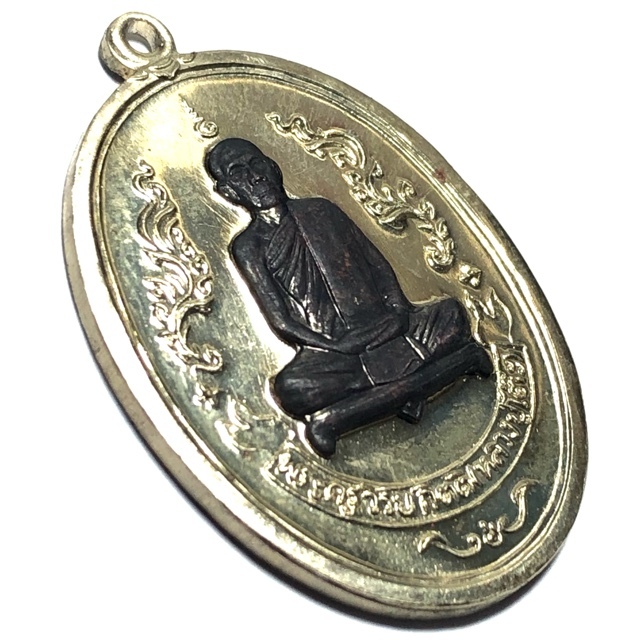 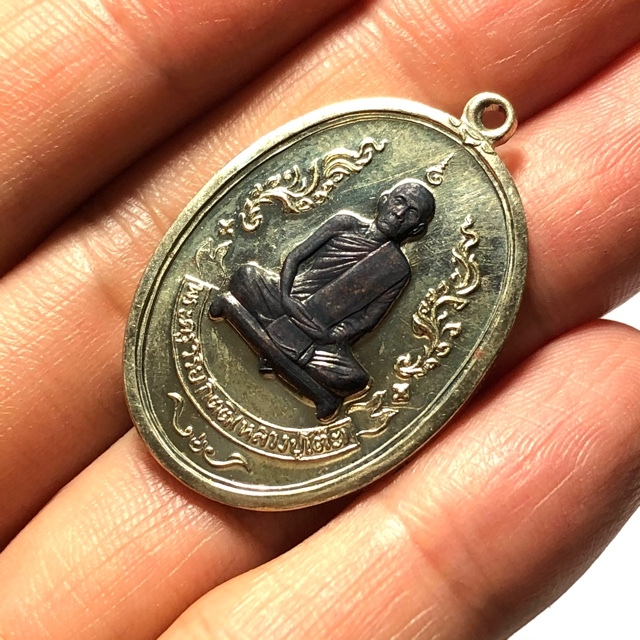 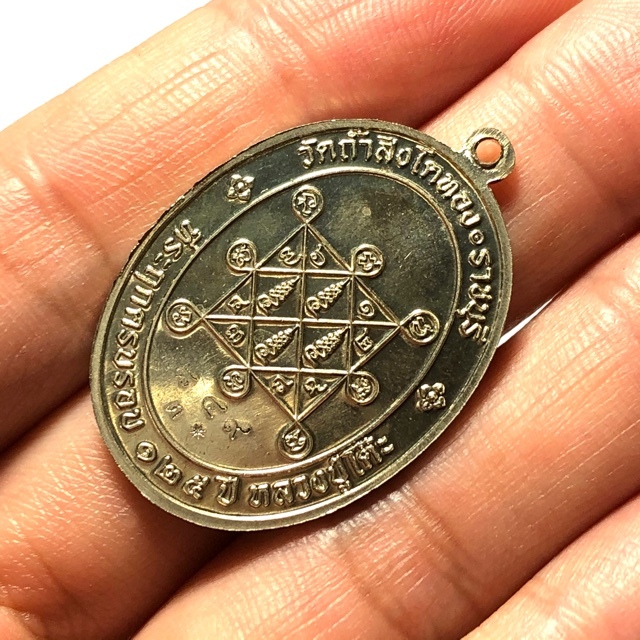 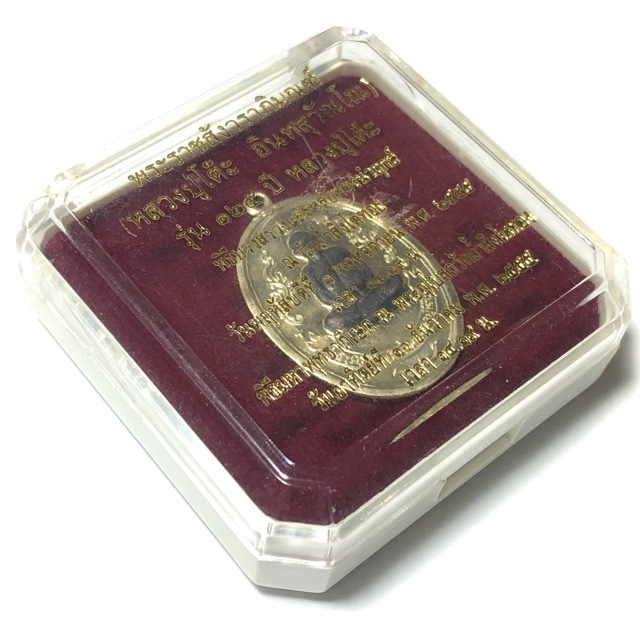 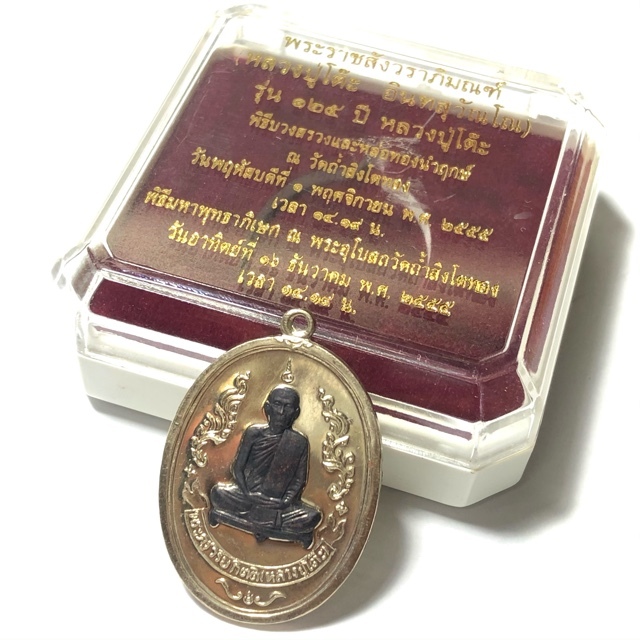