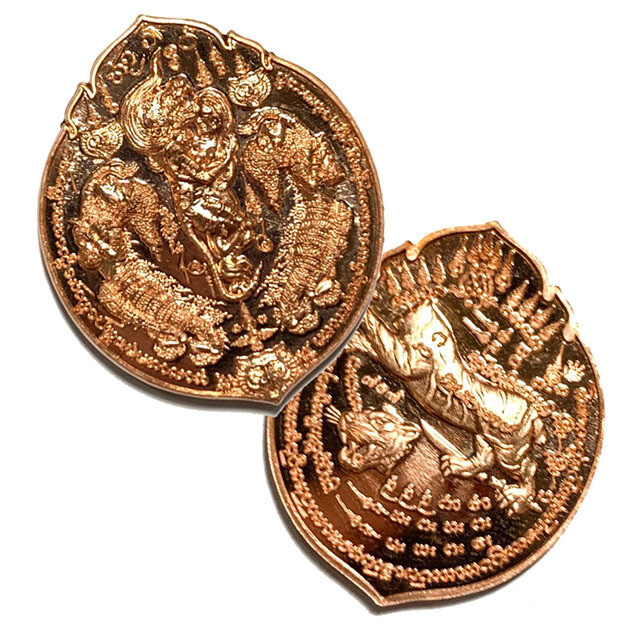 Rian Suea Yen Maha Baramee Hlang Suea Hua Khad, Twin Imperial Tigers for Invicnibility and Commanding Power, with Headless Tiger for Mercy Charm on rer face from Pra Ajarn Pornsit, of Wat Sawang Arom in Chiang Mai. The edition was Blessed in the 2562 Wai Kroo ceremony, by Pra Ajarn Pornsit on Multiple Occasions, during both a Lunar Eclipse and a Solar Eclipse, and on the Last Day of Wai Kroo ceremony. Free Registered Air Parcel Shipping Worldwide is Included in the price with this amulet. 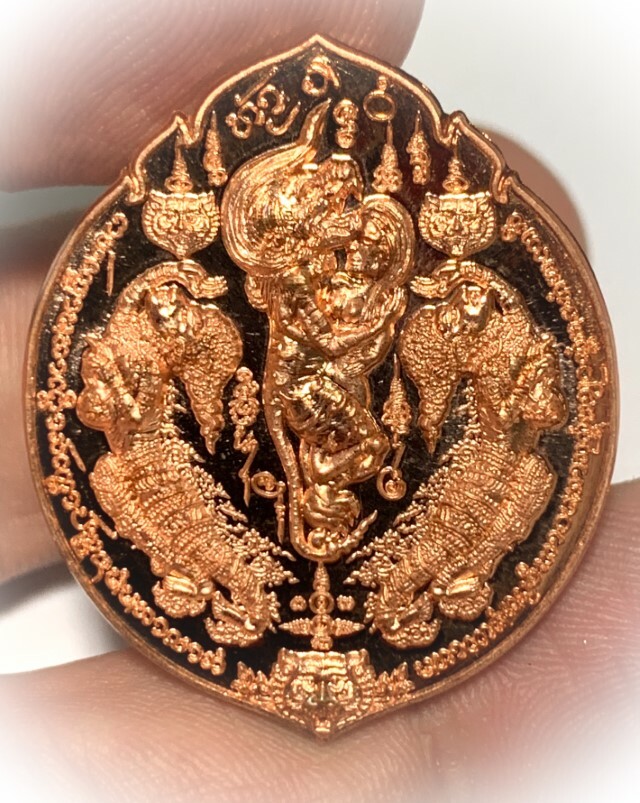 Suea Yen means ‘Cool Tiger’ and is a heart-cooling Metta Type of Tiger Magick, that still is imbued with the same power of Kong Grapan and Maha Amnaj as other tiger spells. One side of the amulet feature a symmetrical Yant with the Suea Yen in the central area entwined with an Apsara Nymph Maiden Deva, and two attending Deities either side flanking the Suea Yen. 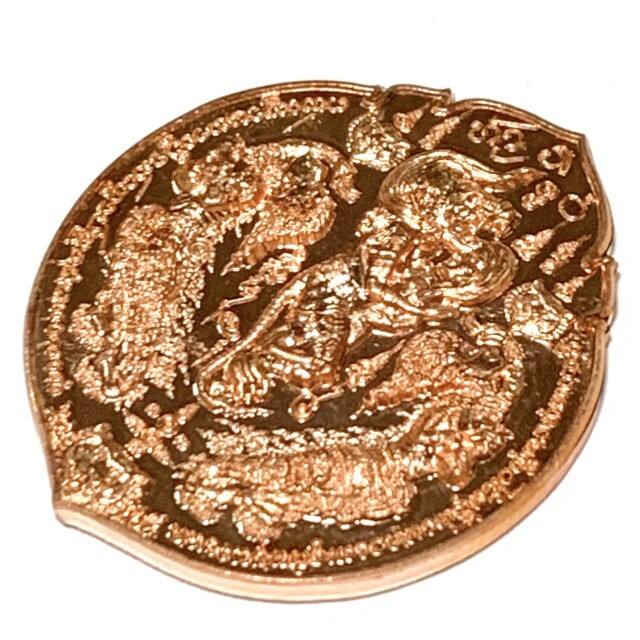 The Suea Yen is also ‘Serm Yos’ (Improve Status and Promotion), and is often used by Soldiers and Policemen in commanding positions.There are various interpretations of Yant Suea Yen, depending on the Samnak, and the same can be said for which Kata Incantations are written in Khom Agkhara around the Yant. 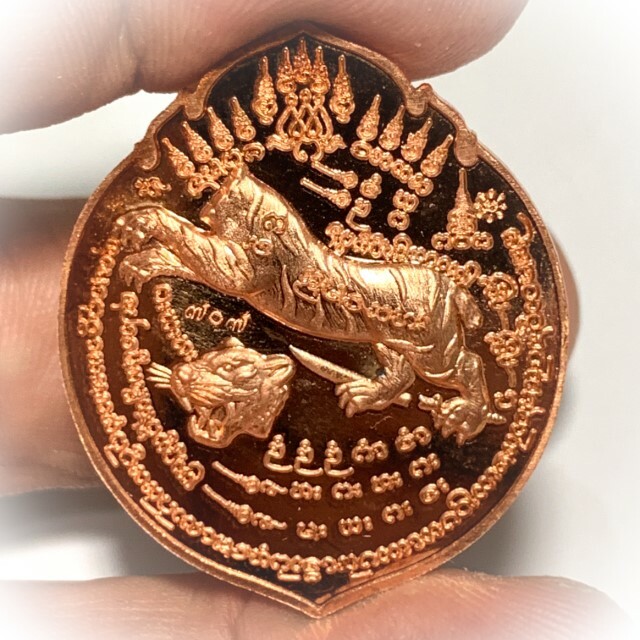 The rear face has the Yant Suea Hua Khad headless tiger Yantra embossed, for Metta, and Karmic Shield, and is covered with Ancient Magical Incantations in Khom Magical Scripture 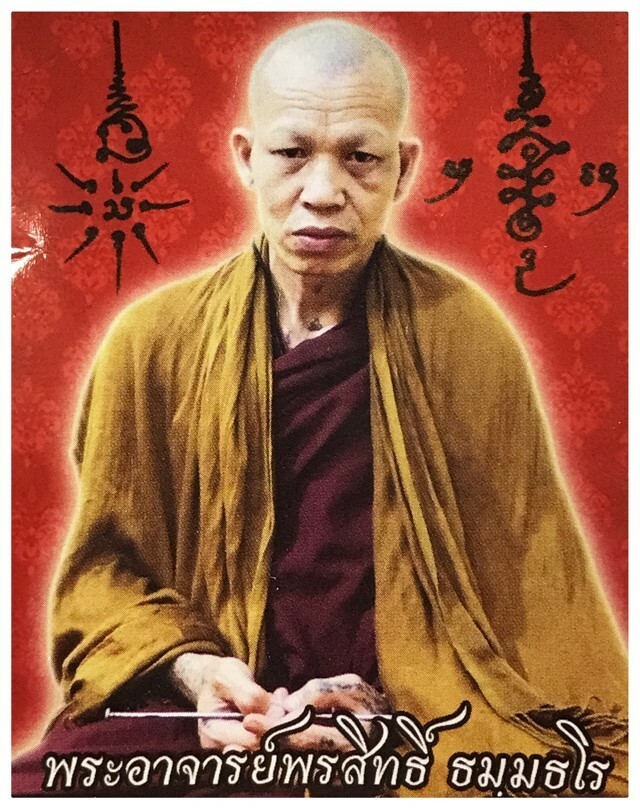 Pra Ajarn Pornsit is a Sorceror Monk who lives in a simple hut in the forest whenever possible and in solitude, he learned Magical Wicha from a young age from his Father, including many truly powerful Wicha from the Khmer such as the 'Wicha Haay Dtua' (disappearing spell), Wicha Hanuman, Wicha Paya Suea Krong and the Takrut Gan Phii, Takrut Bai Po 100 Wat, Wicha Tam Tian, Pra Ngang. 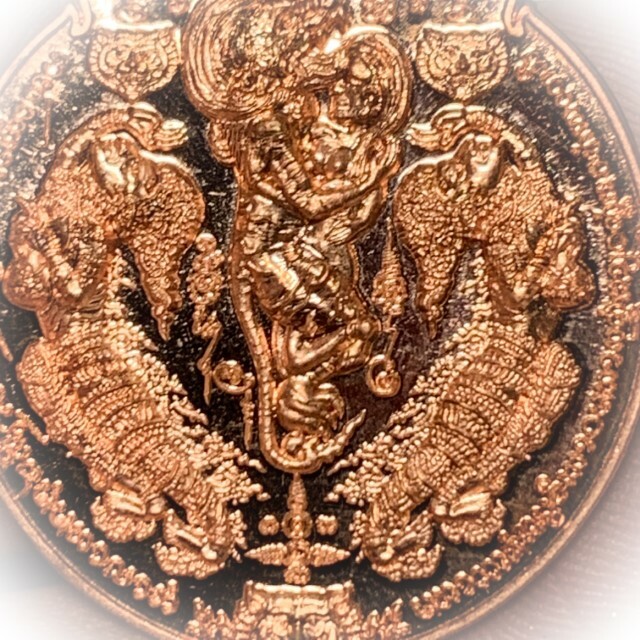 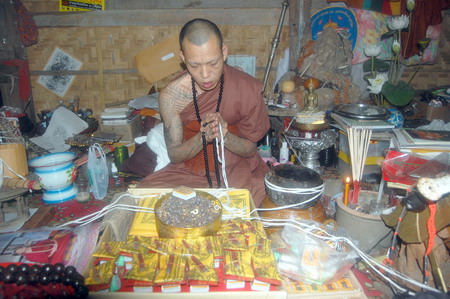 Since his early days (above pic), he has been practicing and developing Wicha in the Lanna Sorcery Tradition over many years now, and has reached his midle aged -era of his trajectory, and gained immense respect as a Monk, a Sak Yant Master, and for his Powerful Wicha and amulets. 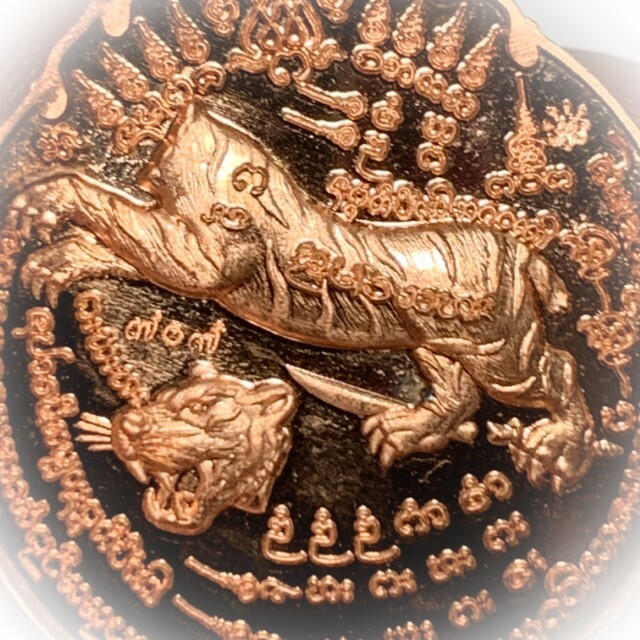 Pra Ajarn Pornsit is considered to be one of the important Monks in the 'Serp Dtamnan' conservationist Magickal Movement, aimed at preserving, and keeping alive the most ancient and lesser known Wicha of the Lanna People, and prevent them from being lost in Time. This is of course a Meritorious Act of Curation, and Auspicious preservation of the Ancient Sorcery Traditions of the Thai Lanna Folk.

The rear face features an ancient traditional spell from the Grimoires of Thai Lanna Sorcery, the Yant Suea Yen. Yant Suea Yen, in its headless version, also known for this reason as 'Yant Suea Hua Khad'. The Suea Hua Khad, or Suea Yen. is full of Metta and Karma bearing magick, to absorb bad Karmic Influences and clear the way for an auspicious Karma ahead, rather like the Yant Suea Liaw Hlang (Tiger turning head to look over its shoulder). 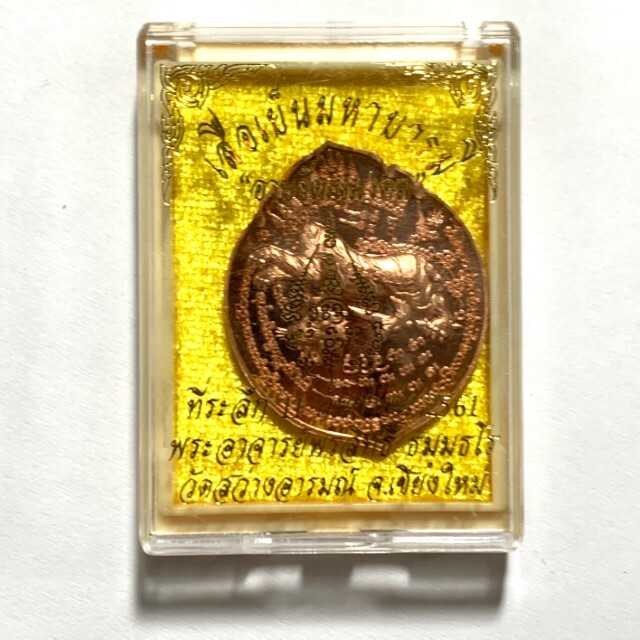 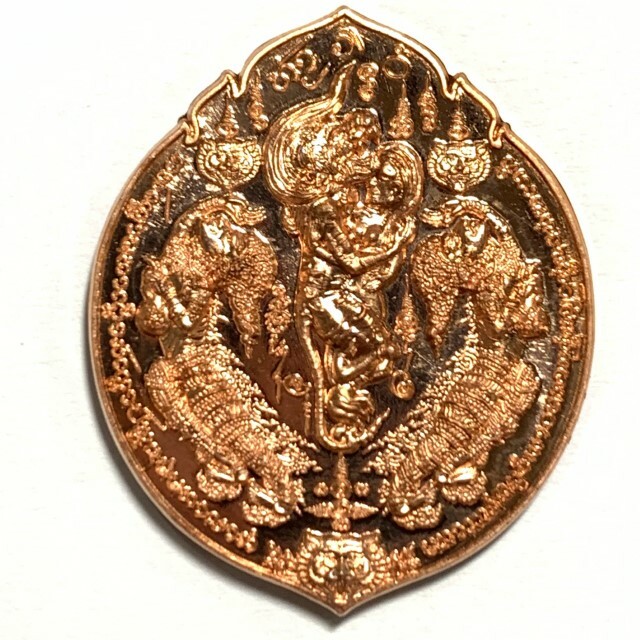 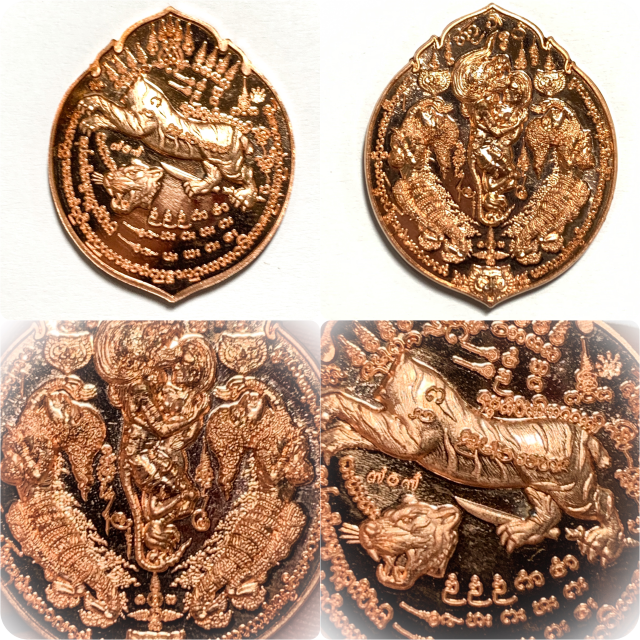