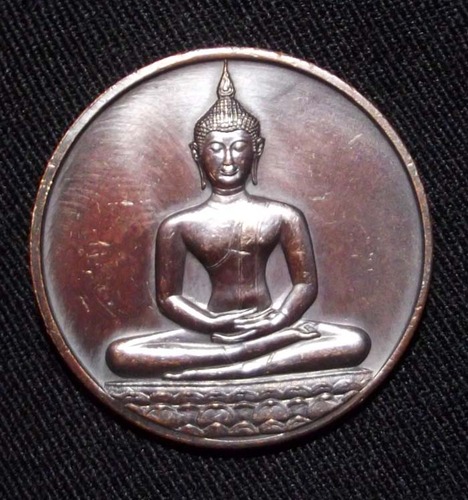 The word 'Lai Seu Thai' refers to Por Khun Ramkamhaeng's Invention of the first ever Thai Alphabet in 1205 BE (1826 AD). This Famous Edition was Created to celebrate the 700th Anniversary of Por Khun Ramkamhaeng's invention of the Thai Written language, before which, Khom was used. This Particular Example is in Pristine Condition and has an Especially Attractive Surface Sheen and Clarity of Detail, making it a Superior Example for Show Purposes. 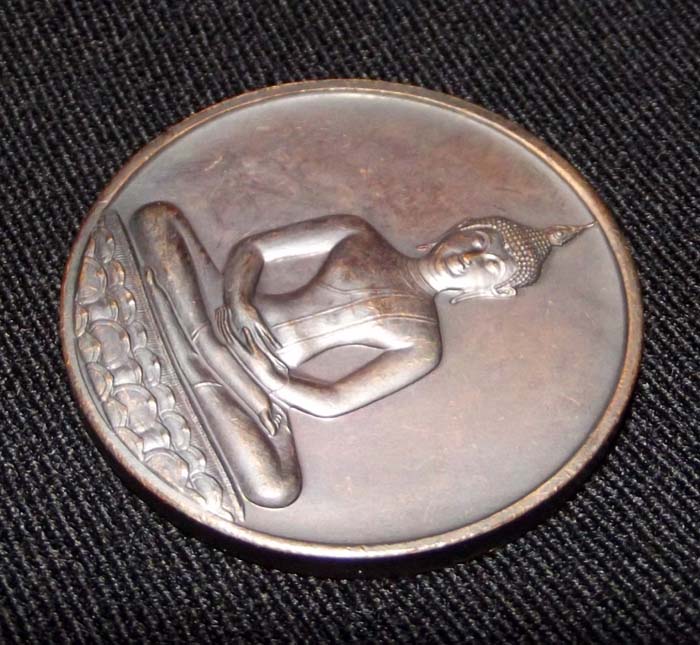 The Putta Pisek Blessing Ceremony was held at wat Pra Kaew (Temple of the Emerald Buddha), and was a Very Large and Important Ceremony, with the Great Arahant, Luang Por Kasem present to perform his Empowerments and bestow his Blessings. 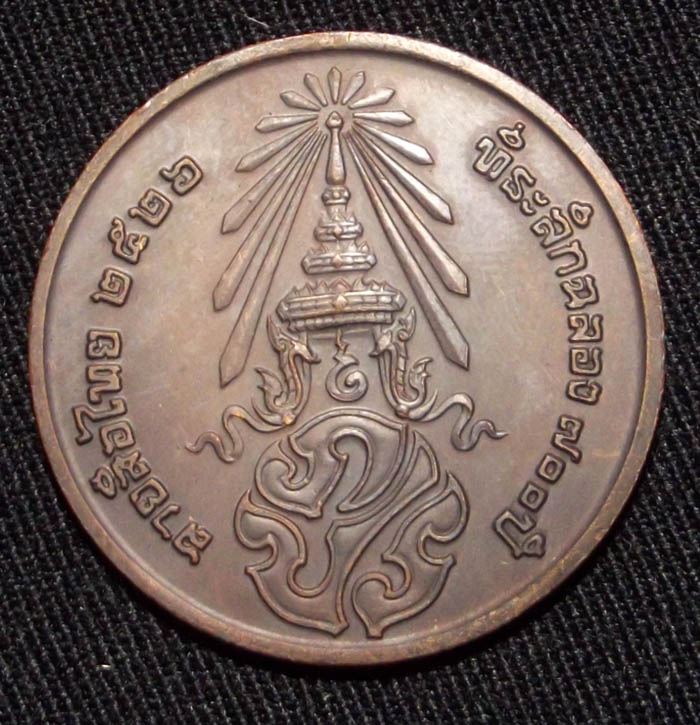 The front face features a Buddha in Meditation sitting on a Lotus. The rear face has the Royal Monogram 'Bor Por Ror' embossed. The Buddha is in Sukhothai Periodic Style. 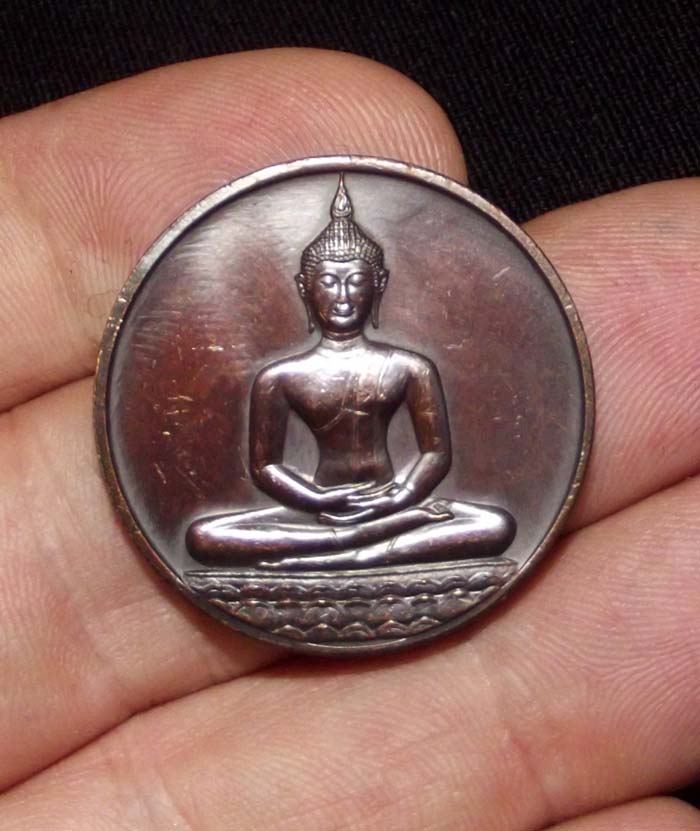 Made from 'Nuea Tong Daeng Rom Dam, with an Oily Dark Finish - The Amulets were Comissioned and Issued by the Royal Thai Mint.

Por Khun Ramkamhaeng's Invention of the Written Thai Language was recorded on a 'Sila jareuk' (Stone Inscription), which was found in 2376 BE by King Rama 5, and it records that the Thai Language was Created and Perfected in the Sukhothai Era