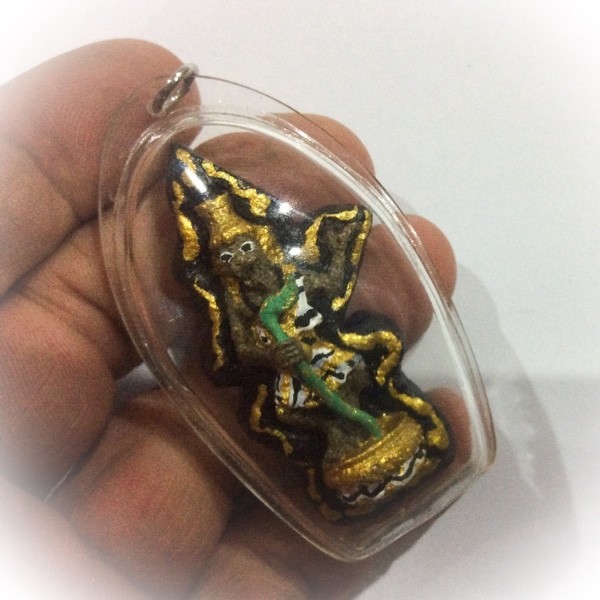 In the year 2555 BE, Ajarn Taep Pongsawadarn released an extremely Powerful amulet for attracting the opposite sex, and for improving business. This amulet is one of the most sought after rarities from Ajarn Taep Pongsawadarn Gusala Jidto. Ajarn Taep's amulets are never made in more than a small number because the rarity of the powders he uses is so high as to prevent the possibility of mass production.

His amulets are very popular with those who like to use strong magic that you can sense the presence of. Many who have used his amulets report that the effects are strong and easily noticeable. Free casing is included in the price.

Phu Jao Saming Prai is an Amulet which Ajarn Taep Pongsawadarn made during his ordained time sometime during 2555 BE, before the beginning of the Rainy Retreat in preparation for the classic traditional and most powerful method of Traimas (3 Month) Rainy Retreat Empowerment. 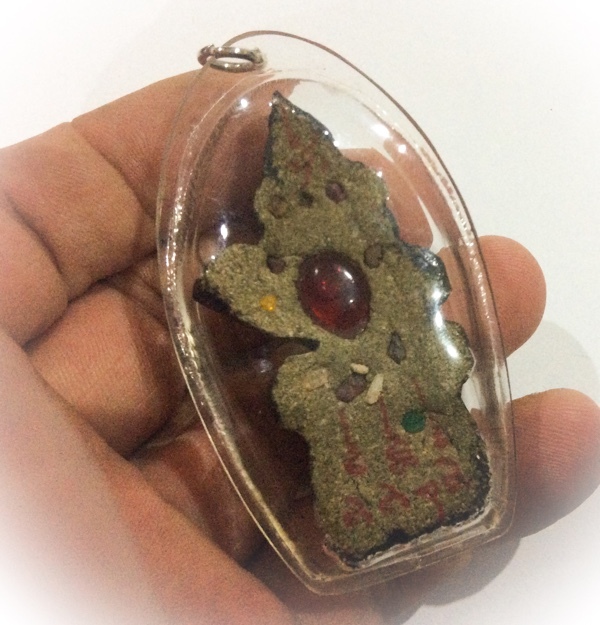 The amulets were made in two different versions, with two different kinds of magical elements/spells inserted into the rear face. One being made with a Pra Pikanes (Ganesha) Deity inserted, with sacred elements and magical crystals/minerals.

The other amulet (this one), being made with a bead from ring of Luang Phu Worapot (Wat Jumpol), which had been boiled and given incantations in Metta Oils. Luang Phu is a Master Guru Monk from Khon Kaen in the Isan Country, who is famous for his miracle that when he steps aboard a public transport (train or bus) the vehicle would tilt like a see-saw. Luang Phu is the Kroo Ba Ajarn in Magic, and Elemental Manipulation, of Ajarn Taep Pongsawadarn. 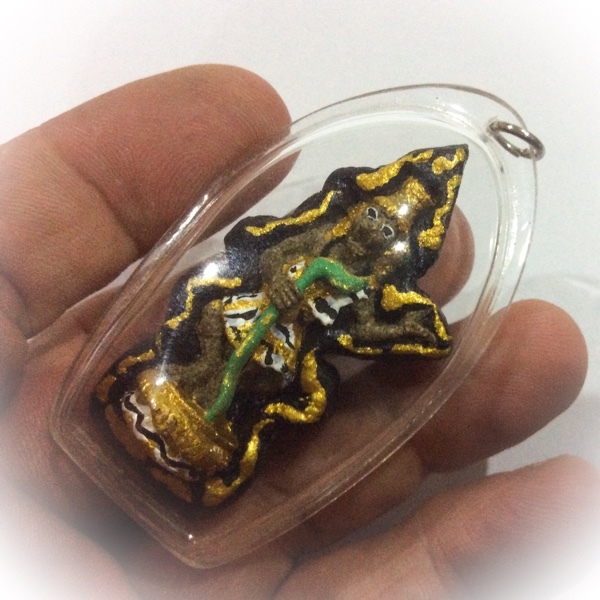 Ajarn Taep has made Inscription of Sacred Agkhara Spells and performed 3 months of Nightly Incantations and Meditative Empowerment to the amulets. 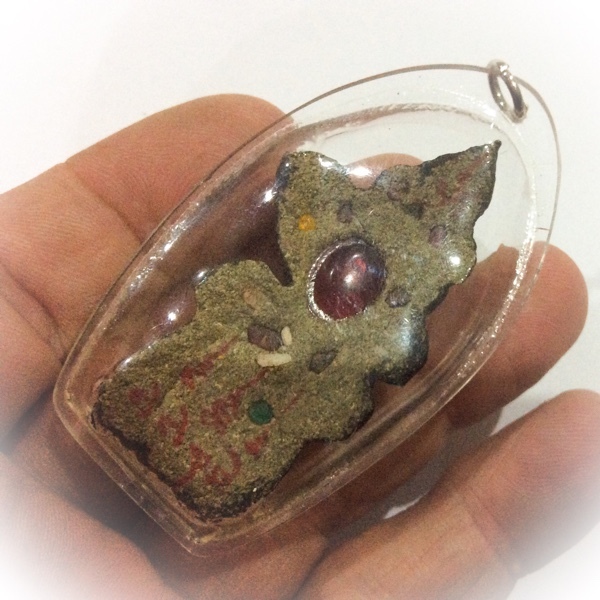 Bucha to this Ruesi Kroo Deva amulet is Metta Mahaniyom, Maha Sanaeh towards the opposite Sex, good for seeking employment, and advance in the profession, with the aid of the power of Lord Phu Jao Saming Prai, the Tiger Faced Ruesi of Amnaj (Commanding Power). Status, protection from Black Magic, and help in your Meditation practice is always part of the qualities of all Ruesi Deity amulets, making this a Maha Sanaeh charm which doubles with the backup of the power of a deva level Ruesi Deity powering the Magic within the amulet. A Great All Rounder with Specific Maha Sanaeh extra effect. Hand made in True Ancient style, preserving Ancient Wicha and the Ancient Method of Amulet making, for Future Generations to Enjoy their benefits and blessings, and to Preserve the Dharma for the Coming Ages. 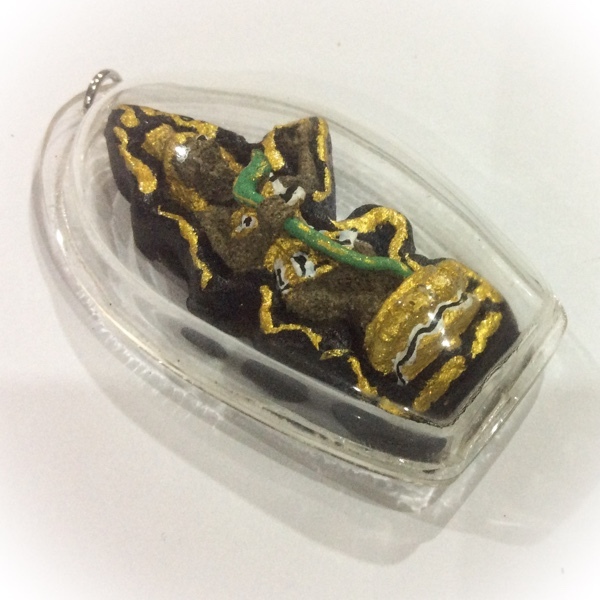