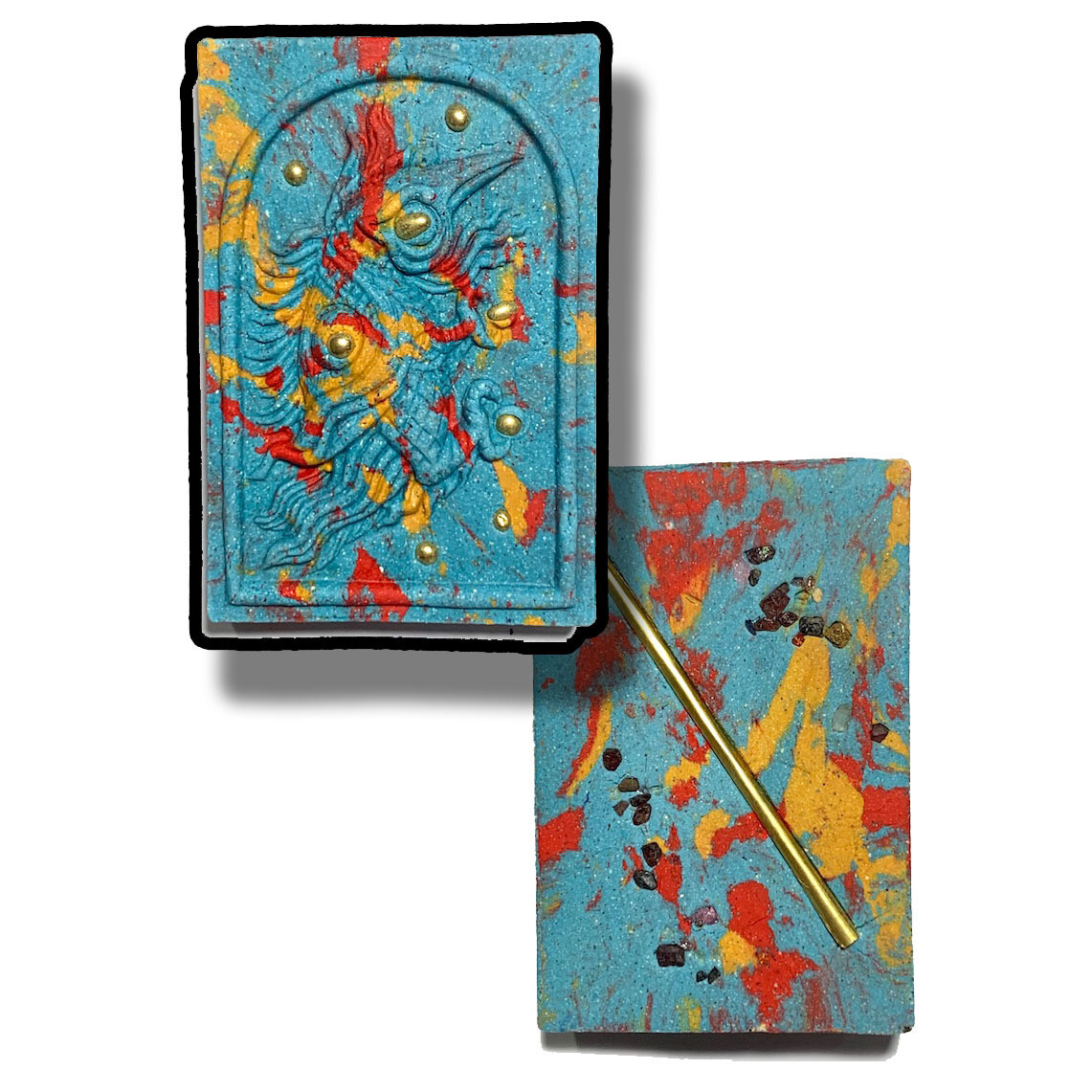 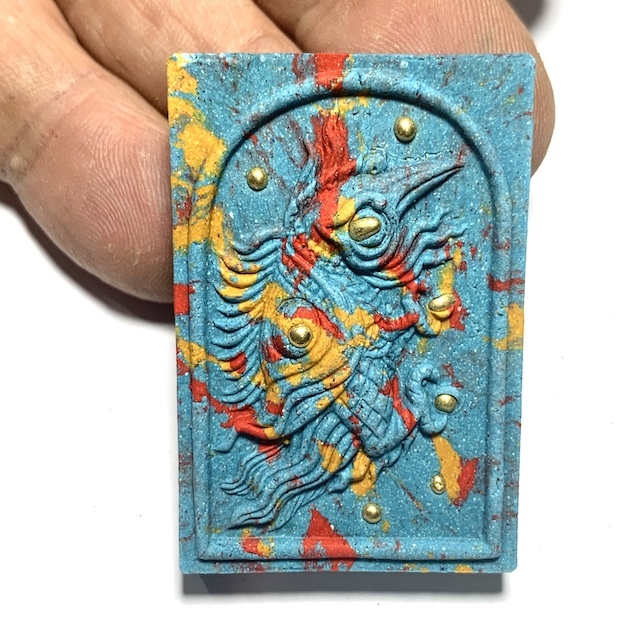 This model is in Nuea Sai Rung Rainbow Powders,, and is in Giant Pim Jumbo Size measuring , and empowered in Traimas 3 month nightly solo blessing and final Buddha Abhiseka Ceremony at Wat Ban Janian, in Ayuttaya, by Luang Por Mian, of Wat Ban Janiang Wonaram. The front face of the amulet has a number of golden magical Chanuan alchemical beads inserted into the front face of the image, made with blessings by Luang Por Mian, hand inserted on the surface of the amulet. 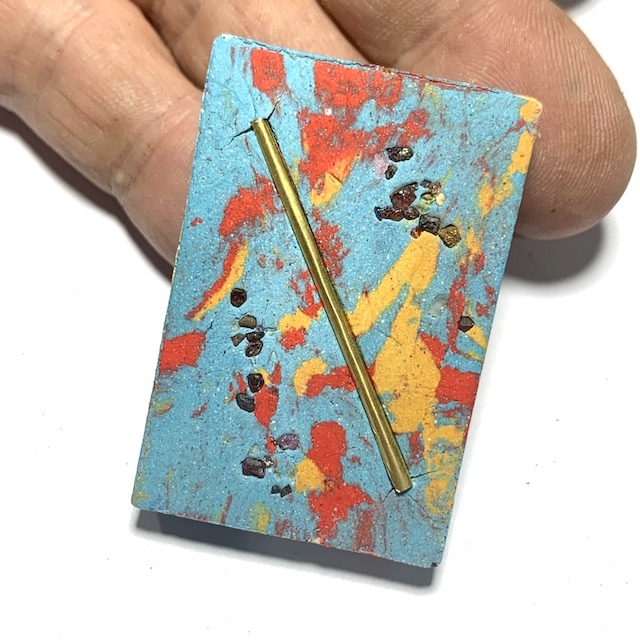 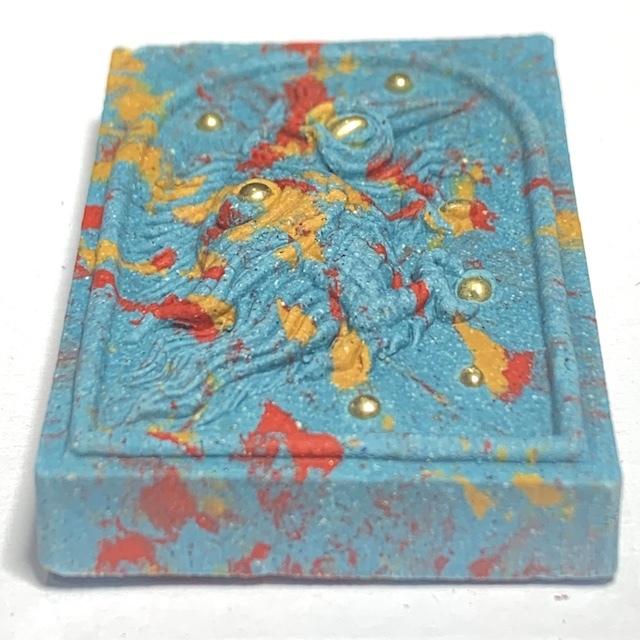 The rear face has one large size golden Takrut Maha Sanaeh inserted with the invocations of the Hua Jai Sariga Lin Tong, and a sprinkling of fragments of Ploi Saek Maha Pokasap Wealth Attracting Gemstones inserted. The beauty of the multicolored rainbow stripes in the turquoise based Muan Sarn Sacred Powders, are highly evident to be undiluted, and reveals the amulets to be powerful in their concentrated Sacred Powder form. The Invocation Summoning, Awakening and Turning of the Four Elements was performed to Reanimate Living Magic within the Static Form of the Sariga Bird, according to the Ancient Grimoires and Magical Formulas of the Wicha. Amulet comes with original box from the temple, 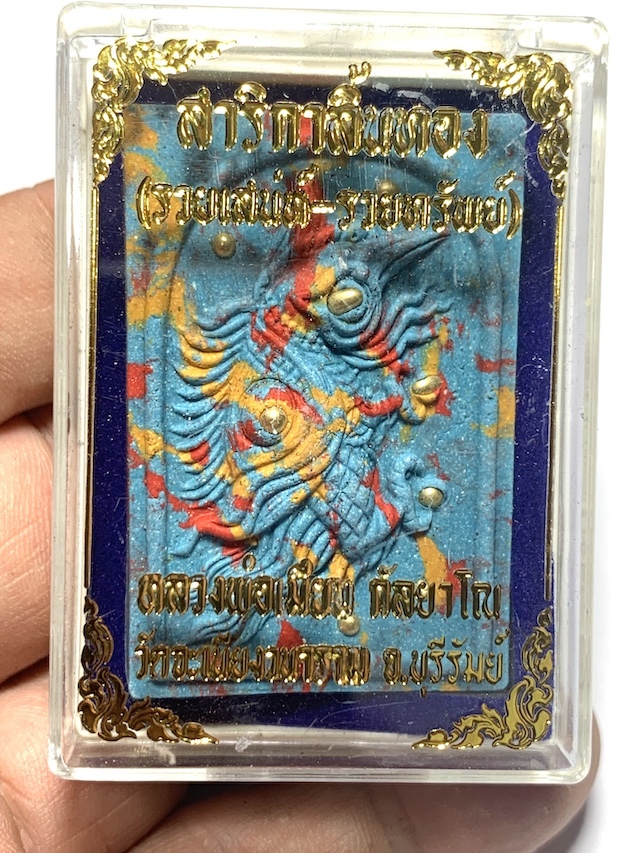 Free Registered Air Parcel Shipping Worldwide is included with this amulet. In addition, the full formula of Invocations, for the Kata Akarn Sam Sip Sorng were performed, for reanimation of the Sariga Dong Lin Tong spirit in the Wan Sariga and Plethora of other Herbal Powders used to make the Muan Sarn Sacred Clay. 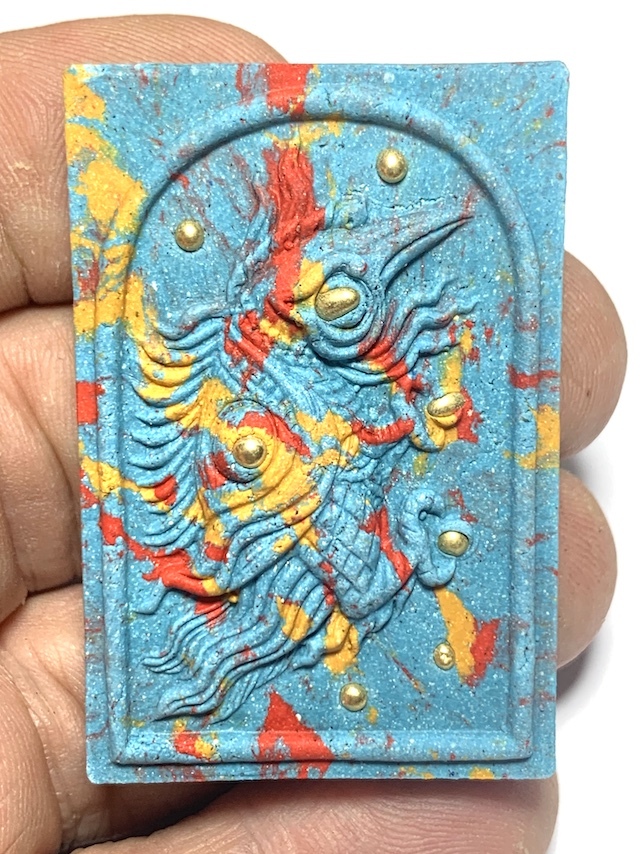 This is an essential part of Necromantic Empowerment with all Humanoid and Animal form amulets which are imbued with a resident spirit. in Buddha Abhiseka Ceremony. The amulets were made in extreme limited edition in one single model in small numbers, and then blessed in Buddha Abhiseka at Wat Ban Janiang, and released in 2562 BE for distribution. 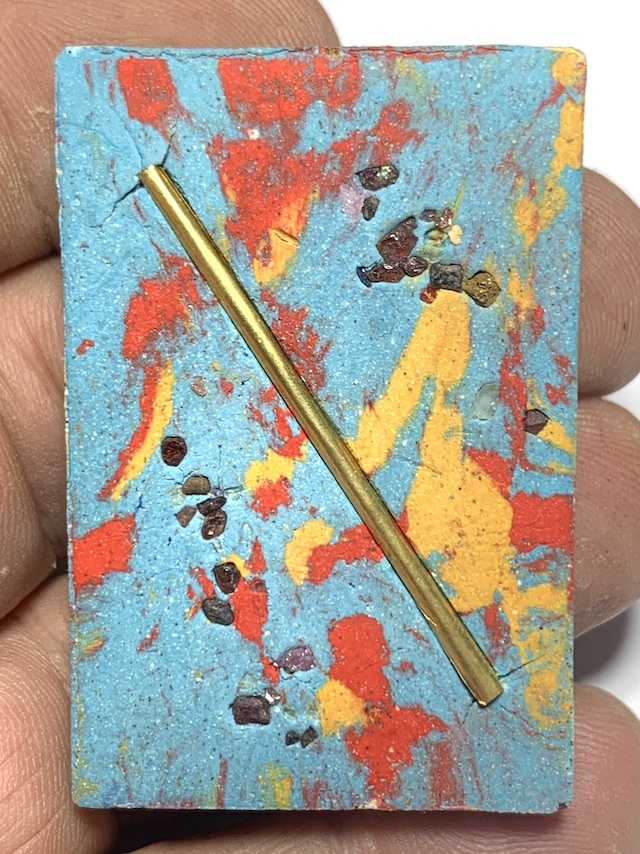 This edition was released with only the Sariga Lin Tong, to focus on the singlular empowerment of one Wicha, for concentrated magical Blessing and Empowerment, and no other amulets, were included. The Sariga Lin Tong is Hence a special single amulet series, in extreme limited numbers, due to the high concentration of Muan Sarn Sacred Powders allowing only a small number of amulets to be made, for a series of powerful Maha Sanaeh Metta Mahaniyom amulets, with a full Trimester of Nightly Empowerment, the Purest Muan Sarn Powders possible, without dilution. 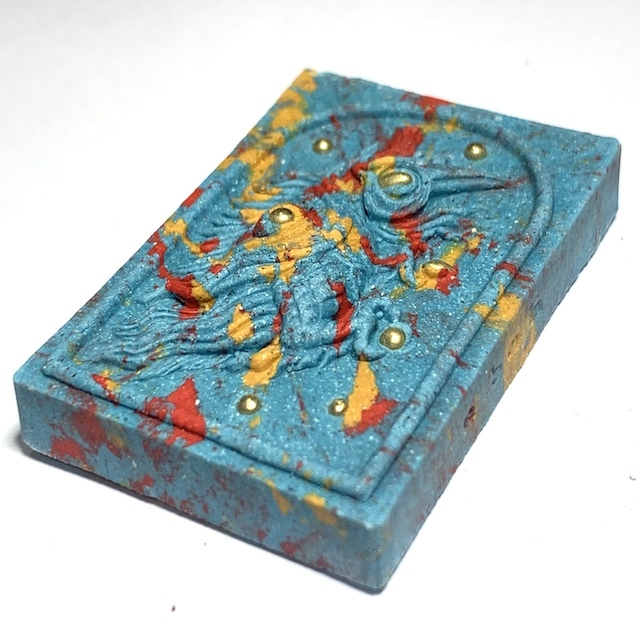 Below, pictures of many of the amulets of Luang Por Mian, from earlier editions, all of which are hard to find, and highly collected by devotees of the Southern Isan Lineage Masters. 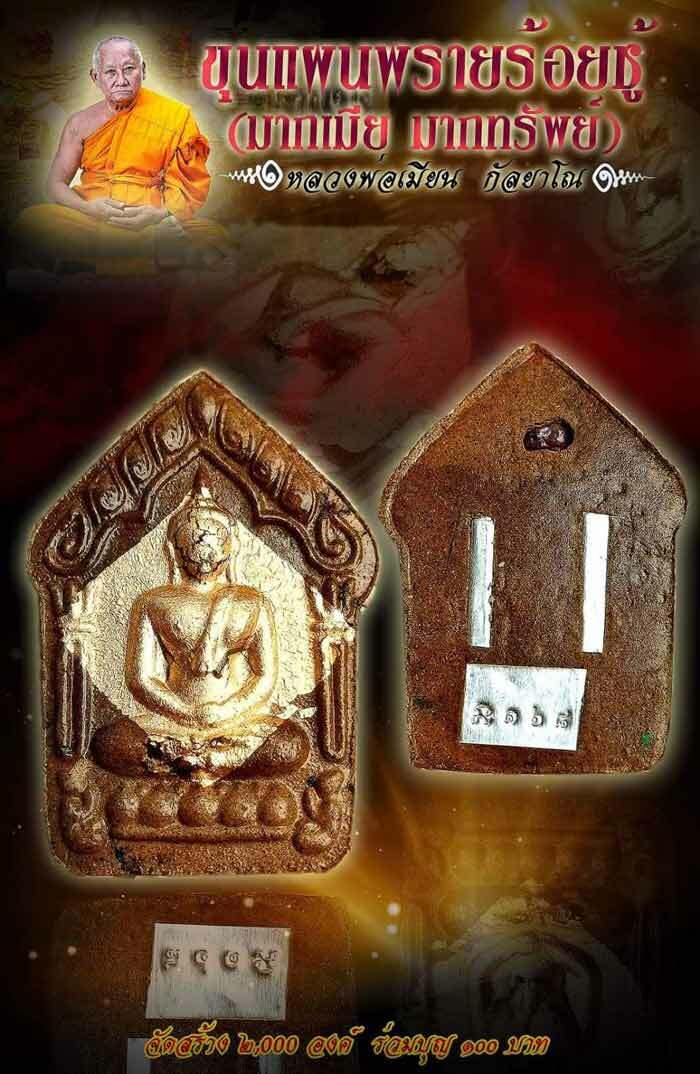 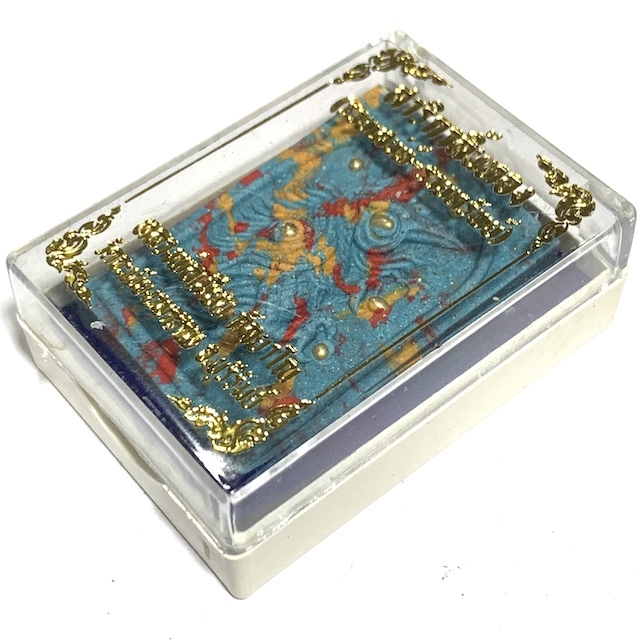 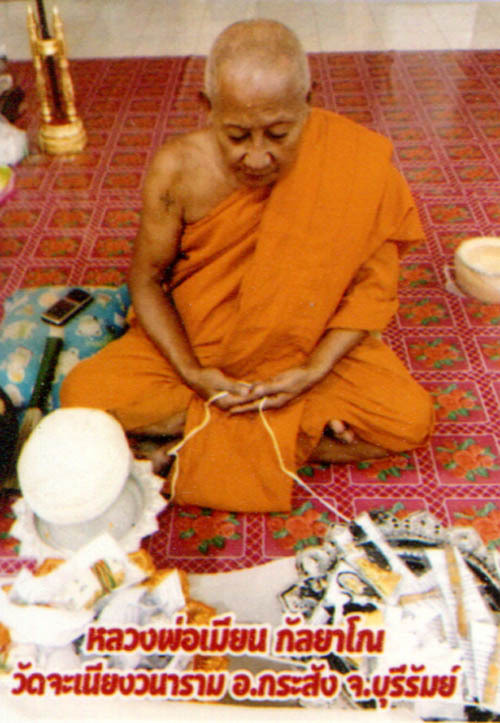 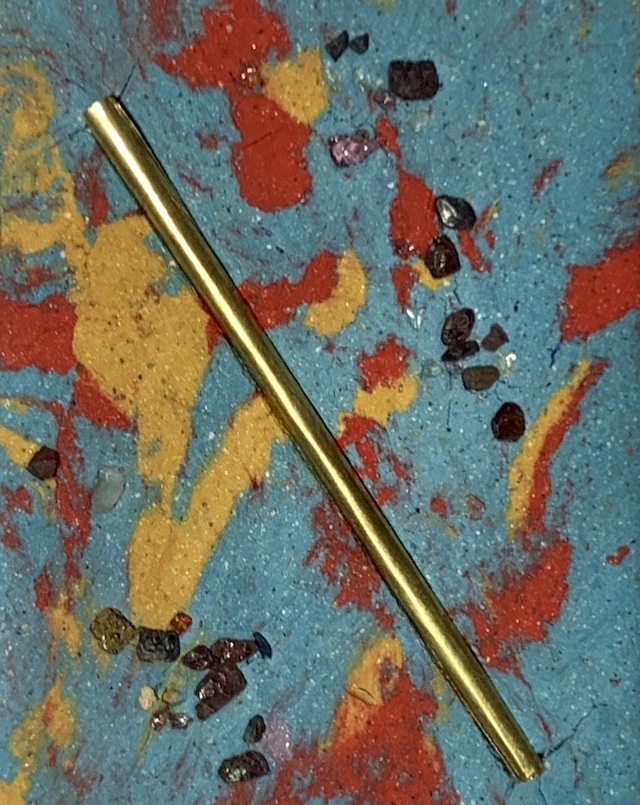 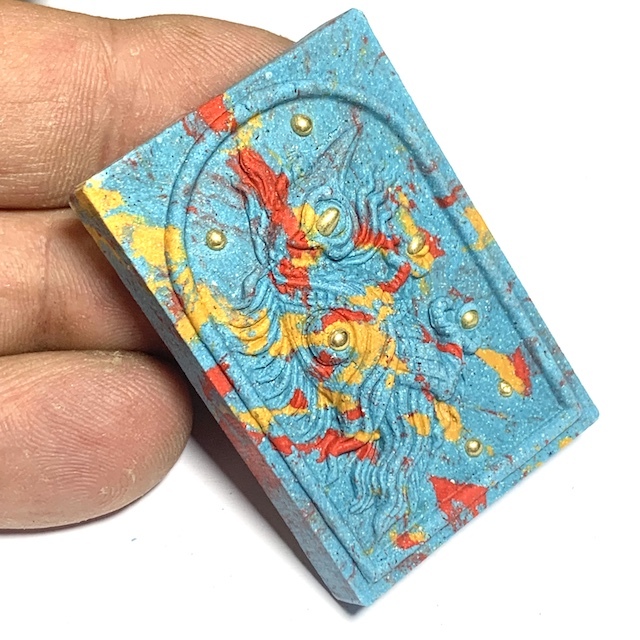 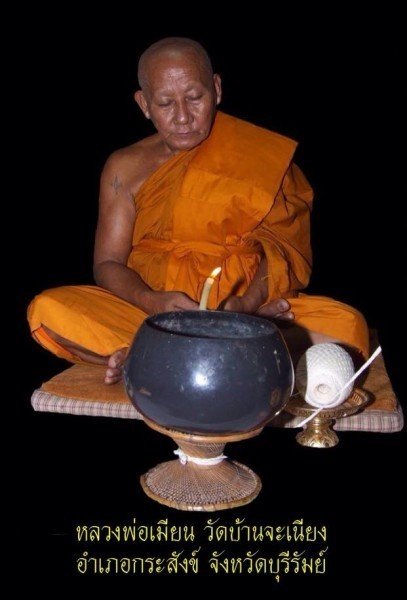 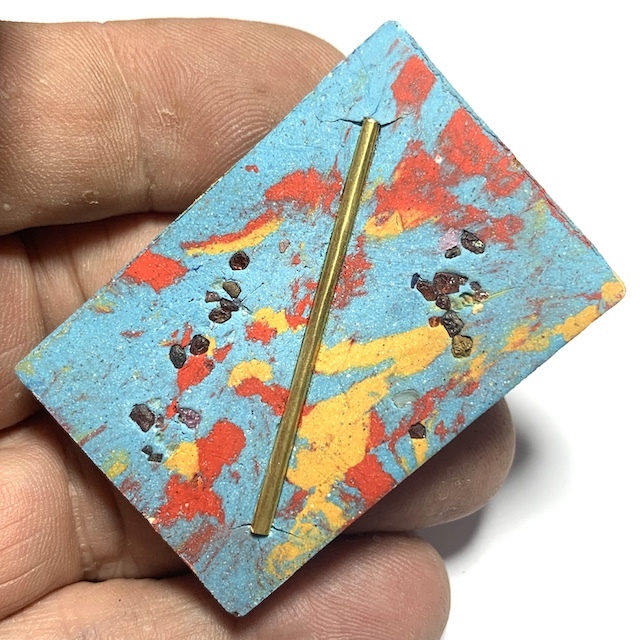 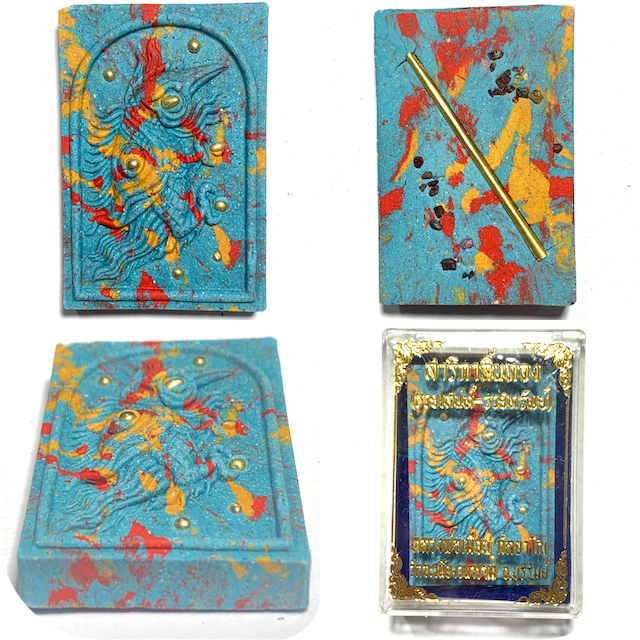