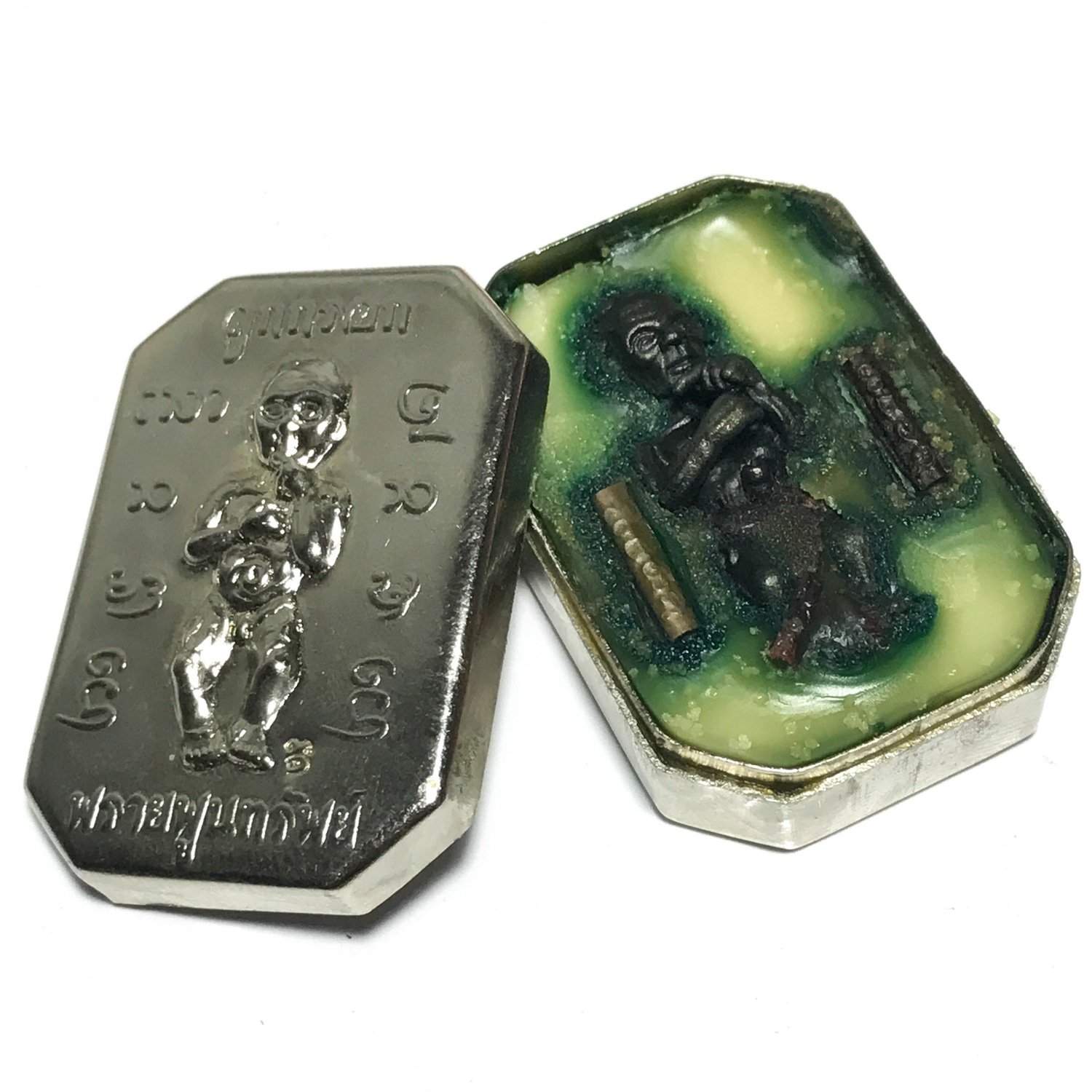 Now already a legendary magical Necromantic potion from the ordained era of Ajarn Subin, as he was still 'Kroo Ba Subin' of the Samnak Songk Ban Ran Dtad Pom Temple in Chumporn. When Kroo Ba Subin made his first ever edition of Look Krok amulets many years ago, it caused a furor and was talked about by amulet fans all over Asia. 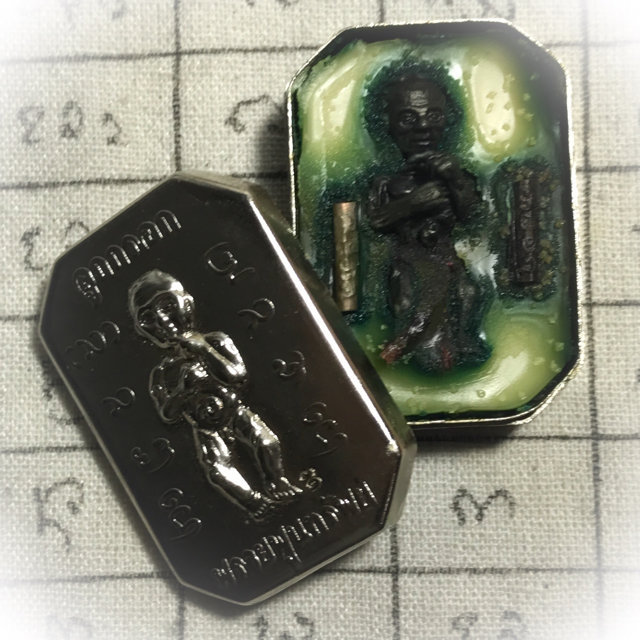 Since then, he has become so famous for his magic that he has now a large followiing of devotees in Malaysia, Singapore, Taiwan, China and Hong Kong, as well as having a large number of followers in the West too. After many years ordained i9n the Sangha, Ajarn Subin is now a leading 'white Ajarn' laymaster, who is seen invited all around south east Asia to perform blessings and Wai Kroo ceremonies for his many thousands of devotees. 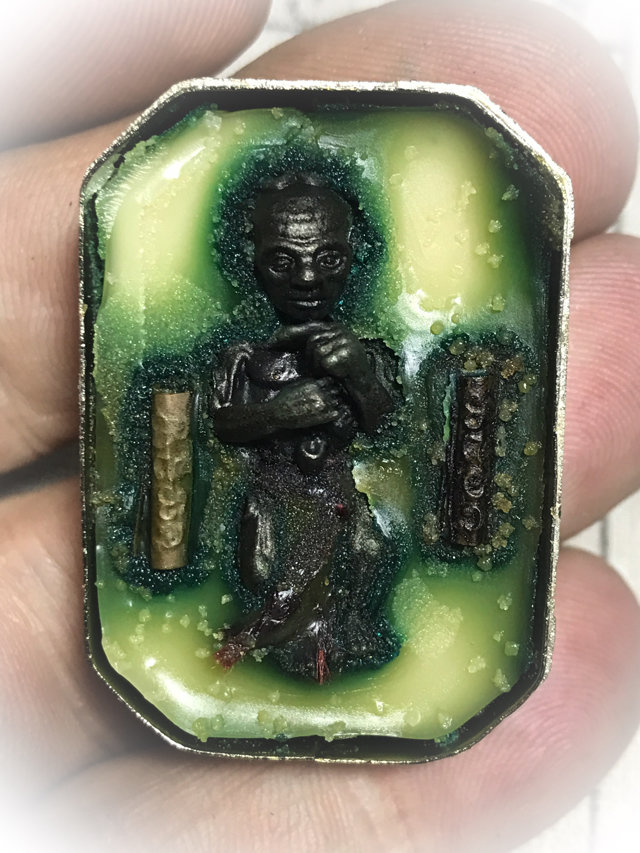 Ajarn Subin informed his looksit that he was making a second edition of the famous Look Krok from seven years ago, because many Devotees still wished to have one and were not available anymore, and even if one could be found, were so expensive on the auctions that it was no longer affordable for most people. The amulet was so popular that it became the victim of forgeries and many fakes were put on the market. 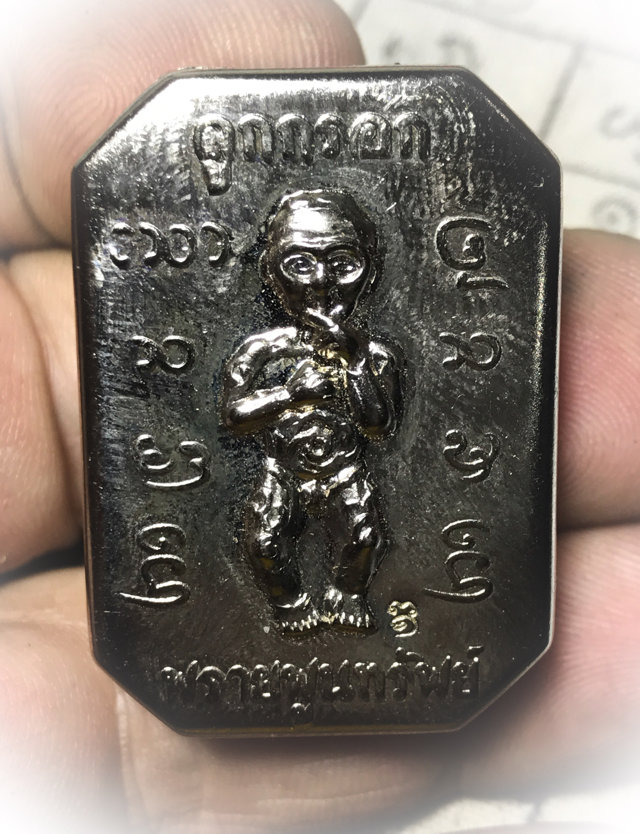 The Look Krok is a Wicha whose secrets are found within the Nibbana Sutra ('Nippana Sut' in Thai), which indicates the evocation of the four elements (Pluk Taat) and the Invocation of spirits (Pluk Winyaan), and Kroo Ba Subin is said by many to have Mastered this Wicha like no other in the present moment. 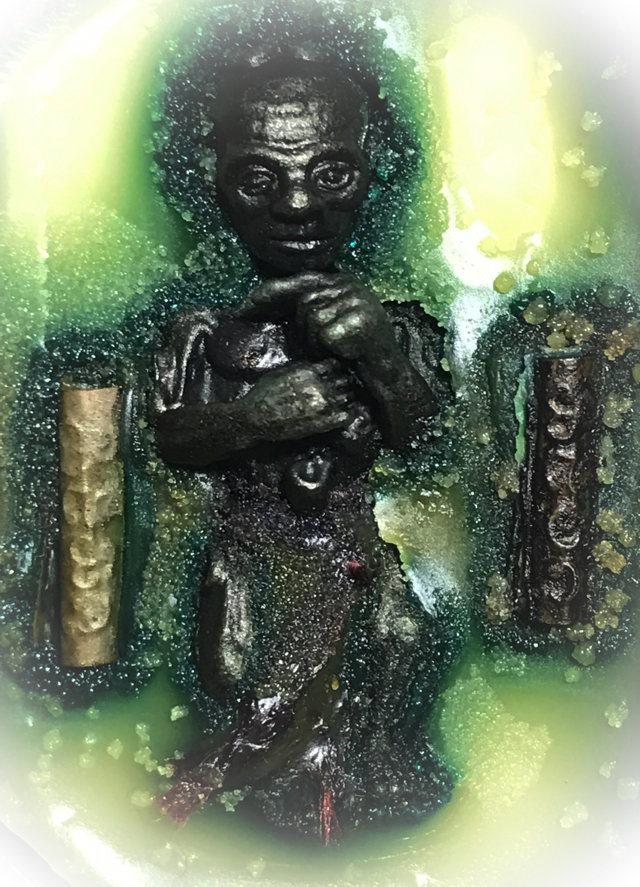 The Look Krok Prai Poon Sap spell is basically a wish-fulfiller, and can be asked to help you attain your goals and desires. 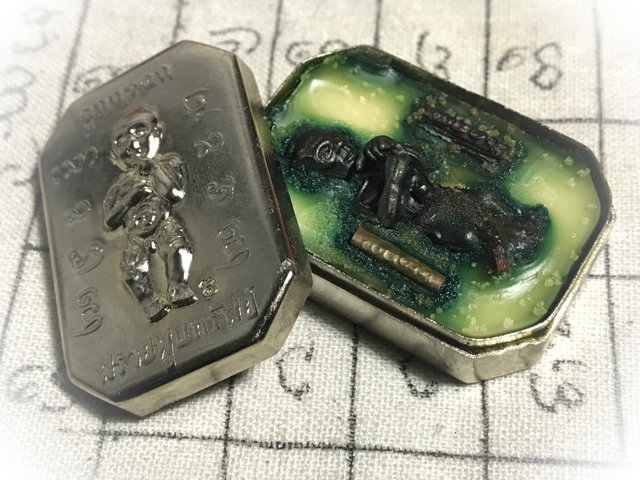 Kata for chanting and blowing into the Potion; 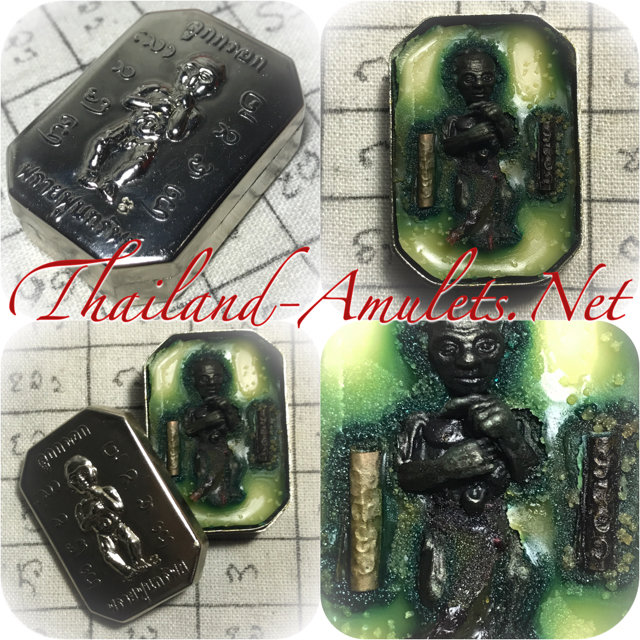