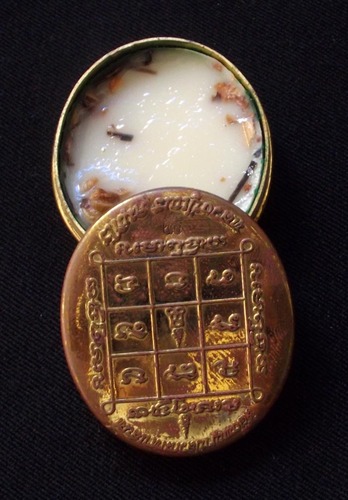 For the making of this See Pherng Paya Pluak Maha Sanaeh, Luang Phu Naern performed a Ritual to boil the Metta Balm on the Khao Pansa  Ceremony when Monks Retire for the Rainy season. He then took the potion and buried it inside the nest of the Paya Pluak (King Termite). After this, he tied 'Saay Siin'(Sincana cords) to the nest and walked to his Kuti hut, taking the cord inside with him. He then eneterd into Nirodha Jhana meditation and performed empowerments during the whole three month period, making it a Traimas Empowerment. 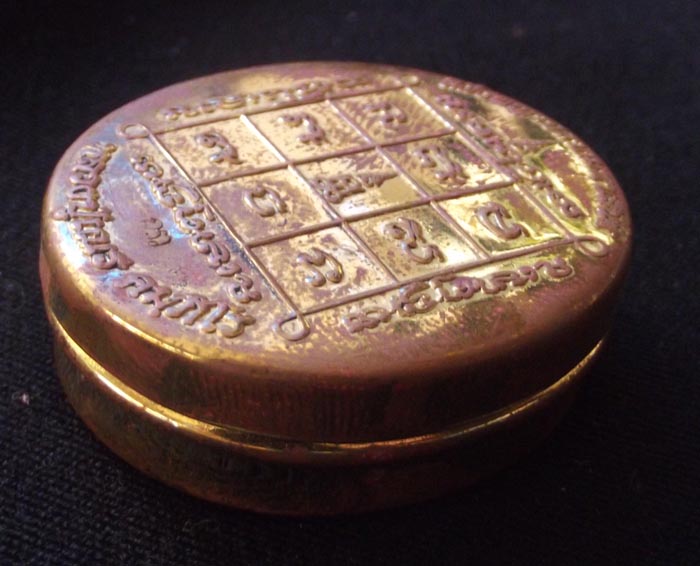 This particular kind of Metta Balm is not often seen due to the fact that it is very difficult to find the right ingredients and complicated to make the proper ceremonies and empowerments. The Ceremony can only be performed on Khao Pansa day (Beginning of Rainy Season) and empowered during the Rains Retreat. Not many Masters still know this Wicha, which uses the King Termite and its nest to draw its Magical power. Few Masters have the energy to spend a whole rainy season (3 months) empowering with Jhanic meditation and casting Incantations, working with the Jom Pluak (termites) who assist in performing their own particular magical empowerments with their instinctual knowledge of the power of scent.

The Lid of the Balm Pot has a Sacred Yant on it and is also an Empowered amulet in itself.It has the Four Elements Invoked with "Na Ma Pa Ta Ja Pa Ka Sa" 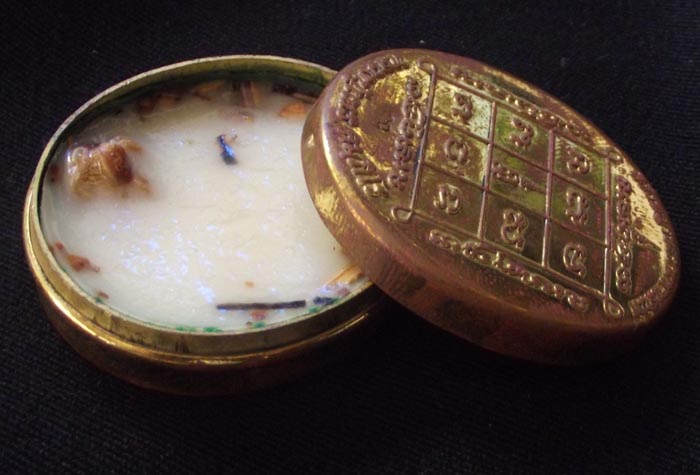 See Pheung inside the container can be used for many years. When See Pheung becomes very ancient, it is then prayed to as a Bucha Object, instead of to smear on things and people.

The 'Jom Pluak'(termite nest) which is able to be used for the empowerment of See Pherng must be one meter high, and have a cone shape like a Chedi Stupa shape. The Balm endows the owner with great charm and allows easy life through increased popularity, Promotion, social and love life is improved, as is business and profession. Sales are made easily, firends are helpful, customers wish to spend in your shop, the opposite sex is attracted to you. 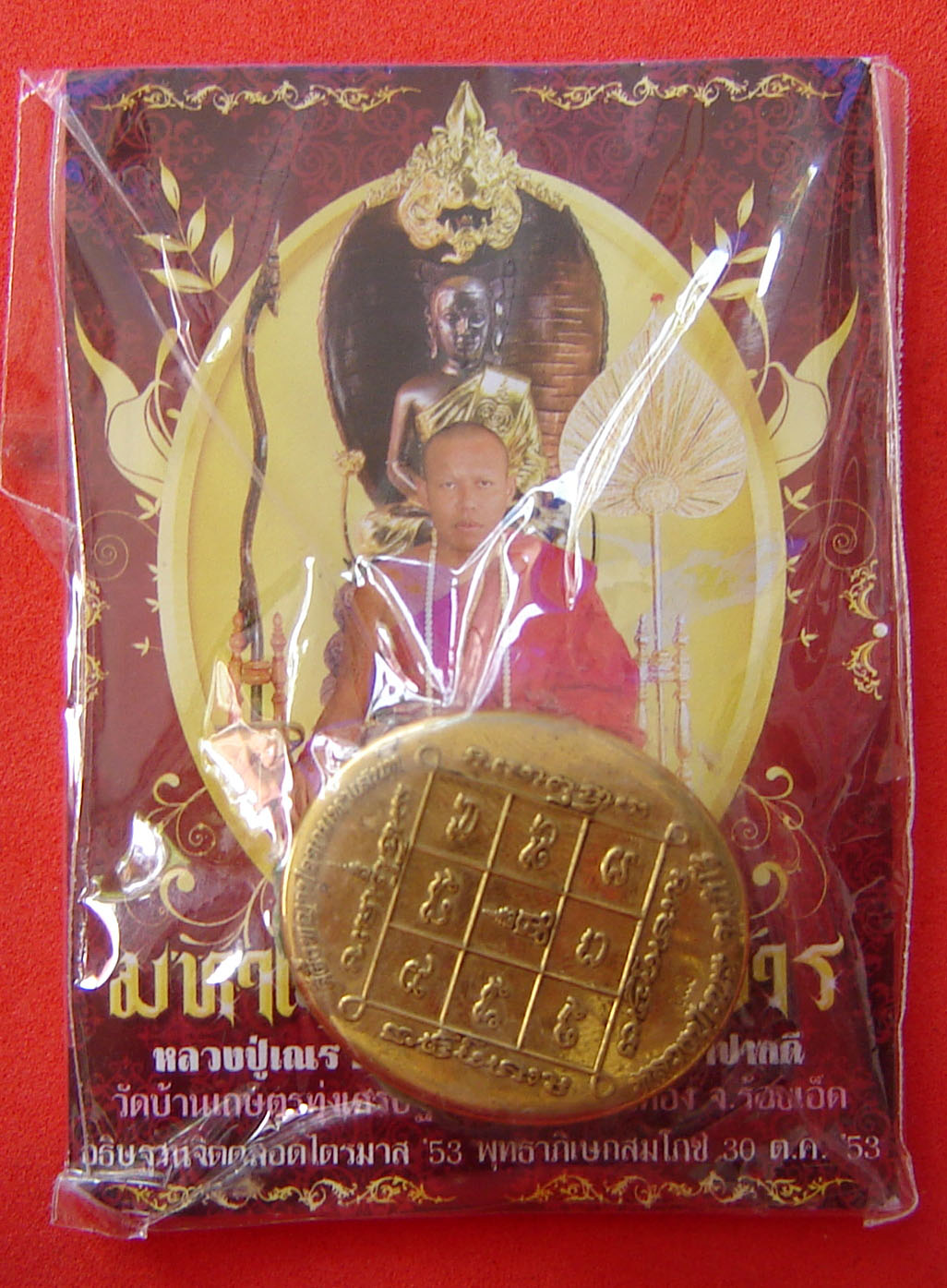