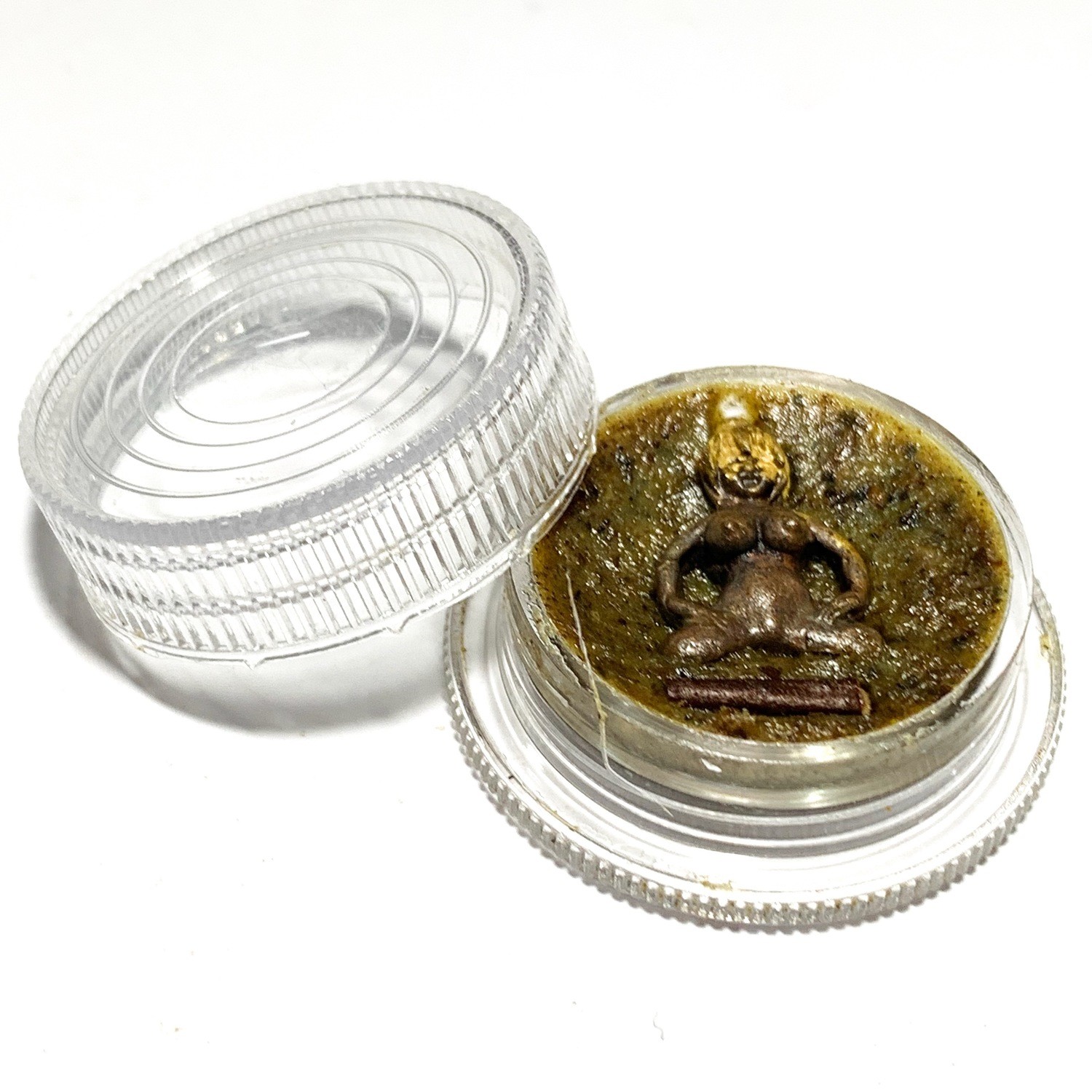 Only once every 5 years do we get the chance to obtain the See Pheung Nam Man Prai Maha Niyom Fang Mae Sethee Riak Sap Dtaay Tang Glom Waxy Prai Oil Potion with Takrut Maha Lap and a Mae Sethee Hoeng Prai Deva sttatuette inserted,. Invoked to dwell within and evoke Lucky Fortunes and Mercy Charm, with the power of Jerajaa Convincing Seductive Speech, from Luang Por Dtin (Luang Por Wat Pha) of Wat Pha Pornchai Taep Nimit Buddhist Temple in Buriram. The See Pheung Nam Man Prai Metta Maha Niyom Fang Takrut Mae Sethee of Wat Pha Porn Chai Taep Nimit, is a top Wicha of the Dtamra Sastra Metta Maha Niyom Mercy Charm. Only very small number of see pheung lids were released in this limited edition, and it will be another 5 years before we see the next. 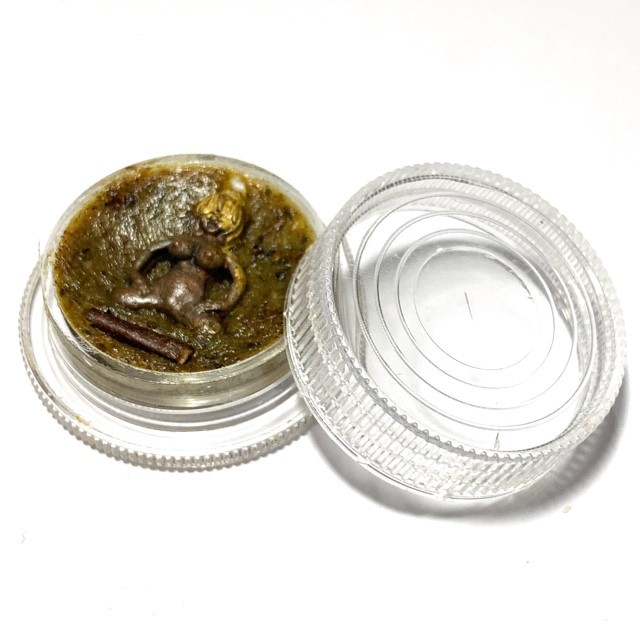 Luang Por Dtin took his repository of Muan Sarn Sacred Powders and Sacred Prai Oils, and mixed the See Pheung which he only makes once every 5 years, with a cauldron boiling ceremony, using ashes from the funeral of a Mae Hoeng Prai Tang Glom (a woman who died in pregnancy with unborn child), Nam Man Mapraw sacred funereal coconut oils, and Wan Mongkol 108 Herbal Admixture. 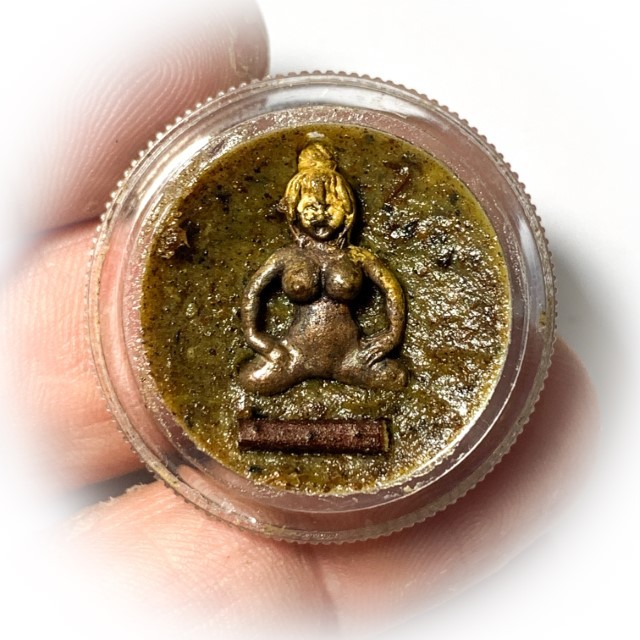 He then boiled the substances with the oils in the cauldron which was pre-inscribed of course with the Yant Long See Pheung Metta Maha Niyom according to the Dtamra Saiyasart Grimoires of Thai Sorcery,. He performed the stirring and invocations himself, with a sacred inscribed wooden paddle to perform the cicumnambulations of incantations whilst stirring. 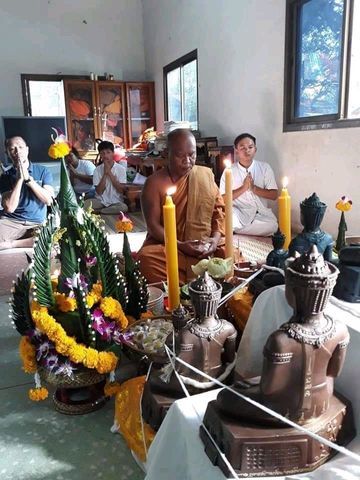 It is believed by his Devotees that the few people he gives his See Pheung to when they visit, must have great merits, because everybody who received some from the hand of Luang Por, all became noticeably richer thereafter. But he does not hand it out to all devotees, just certain ones who visit. 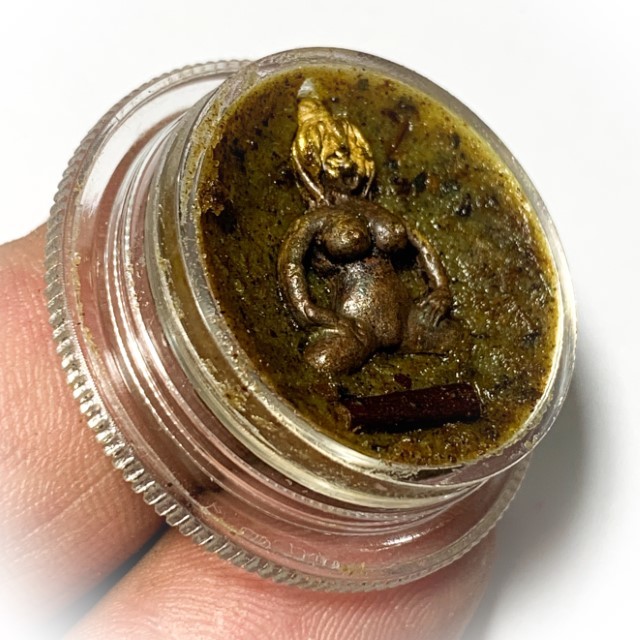 The See Pheung is said to being charm to your speech and make people feel enticed by your words, which is a very useful and necessary tool for merchants and salespersons. 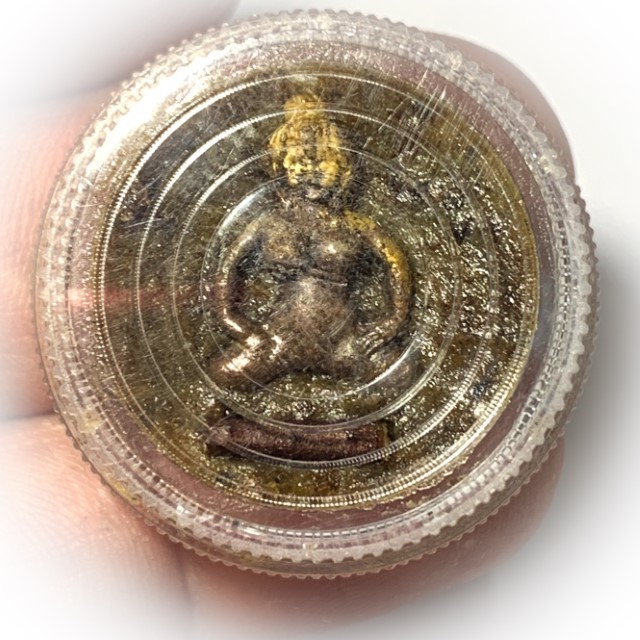 The See Pheung has a Prai Deva Inserted which Luang Por says is called Mae Nang Sethhee, or also can be called 'Mae Nang Sap'. In addition, Luang Por has added some Kruea Thao Hlong Enchantment vine strands into each lid of See Pheung for entwinement into the enchantment spell, making the person afflicted inextricably trapped within the love-spell or the spell of attraction. 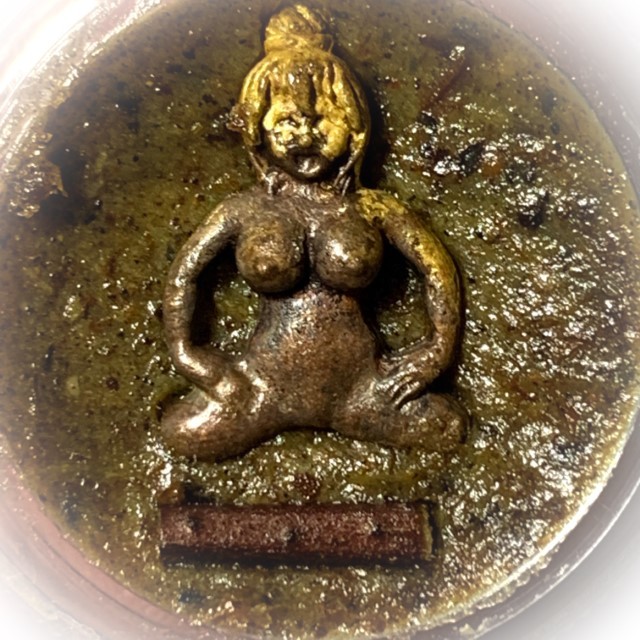 Recommendable for those who are in sales professions, and shopowners, as well as those who need more merciful treatment and chances of promotion at work.

How to Use Metta OIls and See Pheung, Nam Man Prai and other Potions. 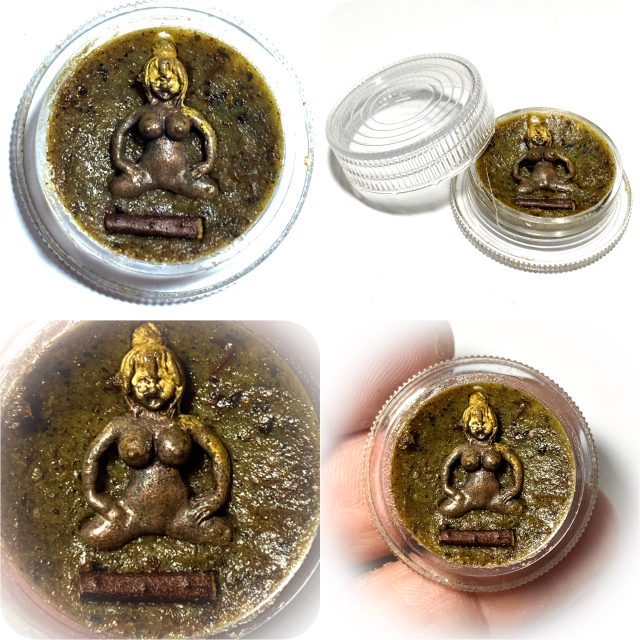