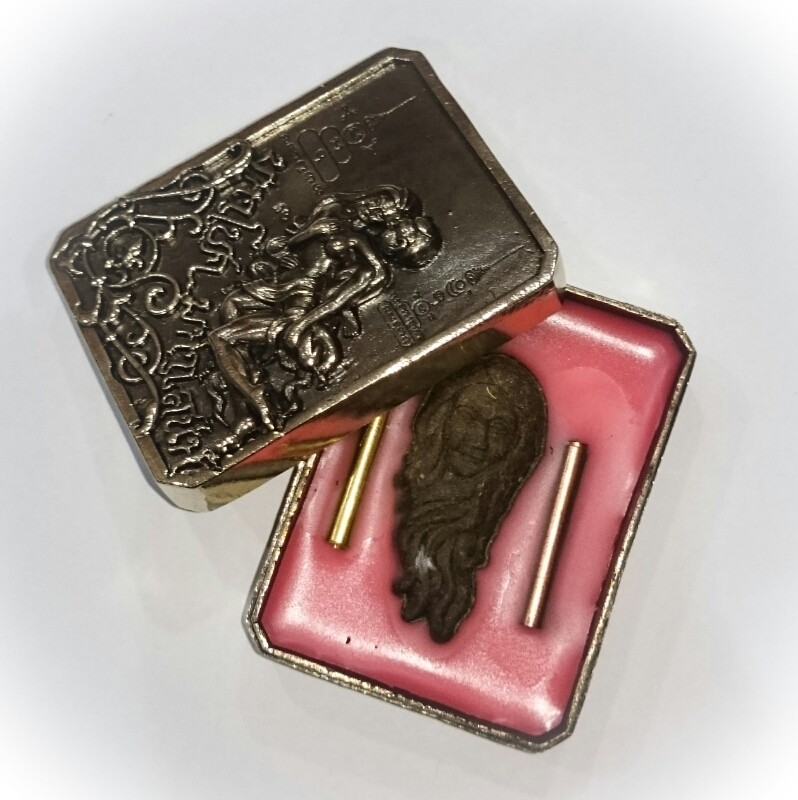 The container is filled with a Pink colored Prai Oil based potion, with a host of Sacred Admixures, including wax of Holy Candles from 19 different temples, 2 Takrut Spell insertions, and a Sacred Powder Mae Nang Prai Deva amulet immersed within the See Pheung. 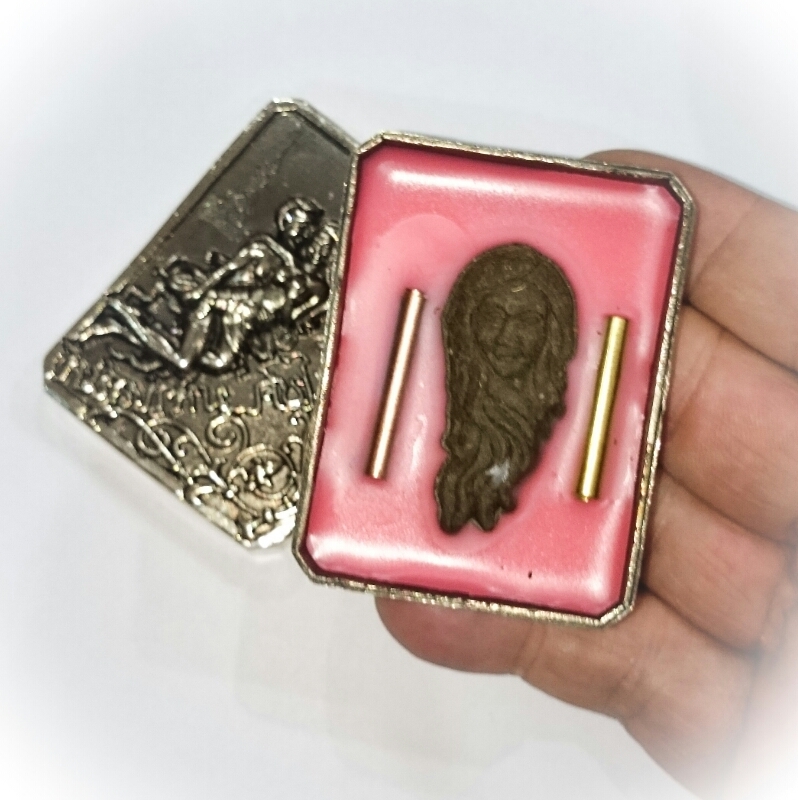 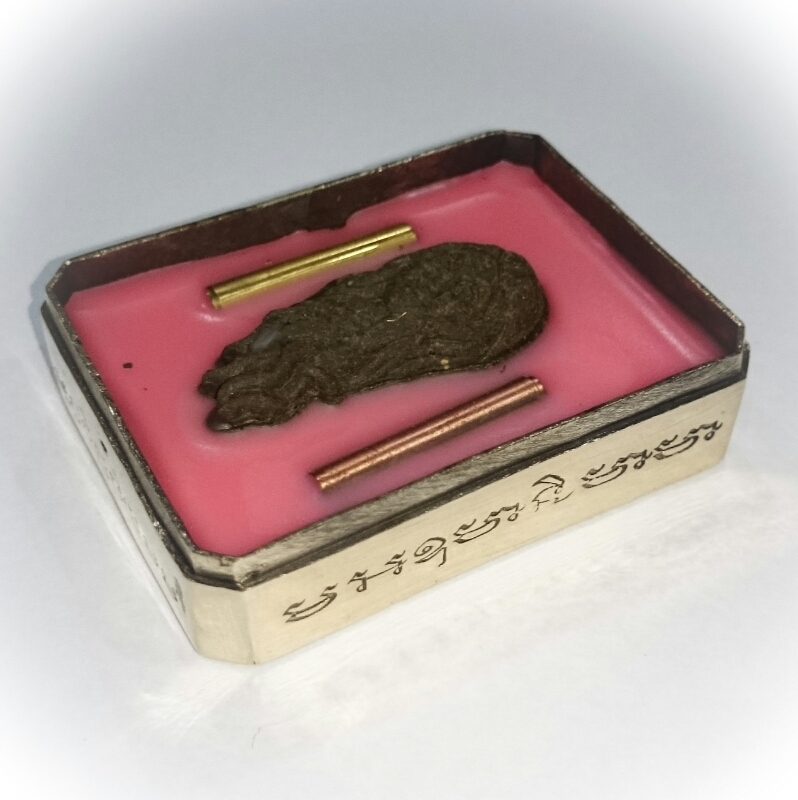 One Takrut Maha Lap for Lucky Wealthy Fortunes, and One Takrut Maha Sanaeh, for Seduction Power, and Mercy Charm, are immersed in the See Pheung Potion. 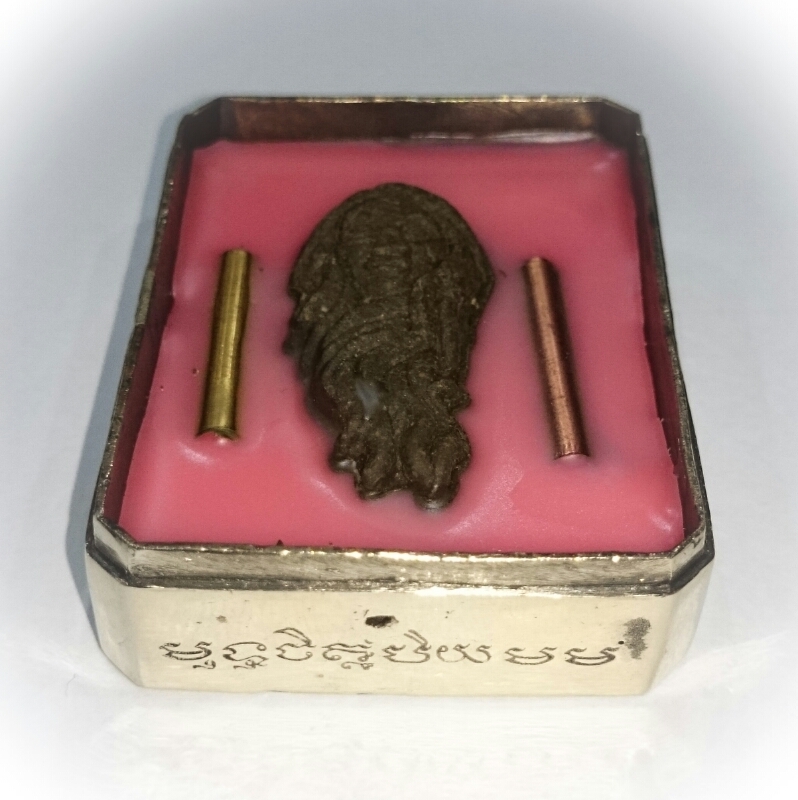 The edges of the container each have a Kata inscribed which is as follows; 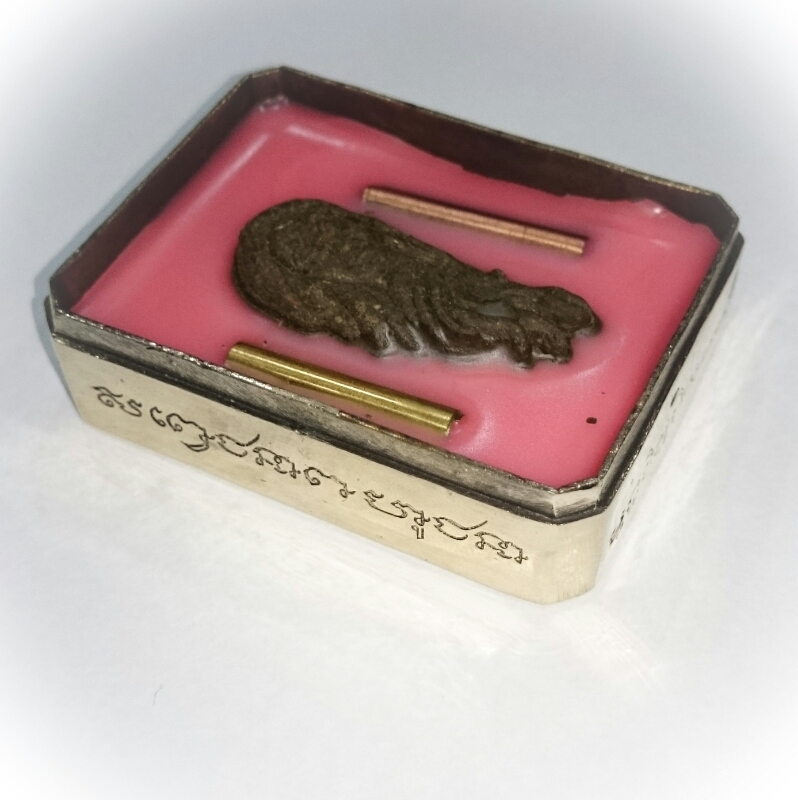 A large number of other Maha Sanaeh Herbs and Flowering Plants and Forest vines, roots and pollens were also added, as the potion was ceremonially boiled in the cauldron with the Incantations of the In Gaew and the Invocations of Mae Hoeng Prai Devas.

The See Pheung was boiled before the Wai Kroo in a special empowerment ceremony on the 9th of January 2558 BE, in front of the giant Brahma Statue at the temple of Wat Ban Kaset Thung Sethee in Amper Pone Tong in Roi Et.

The potion was released during the Wai Kroo Ceremony which Luang Phu Naen performs each year at the end of the rainy retreat Trimester (Traimas). The Traimas empowerment in Wai Kroo was performed on the day of release on the 28th of March 2558 BE. 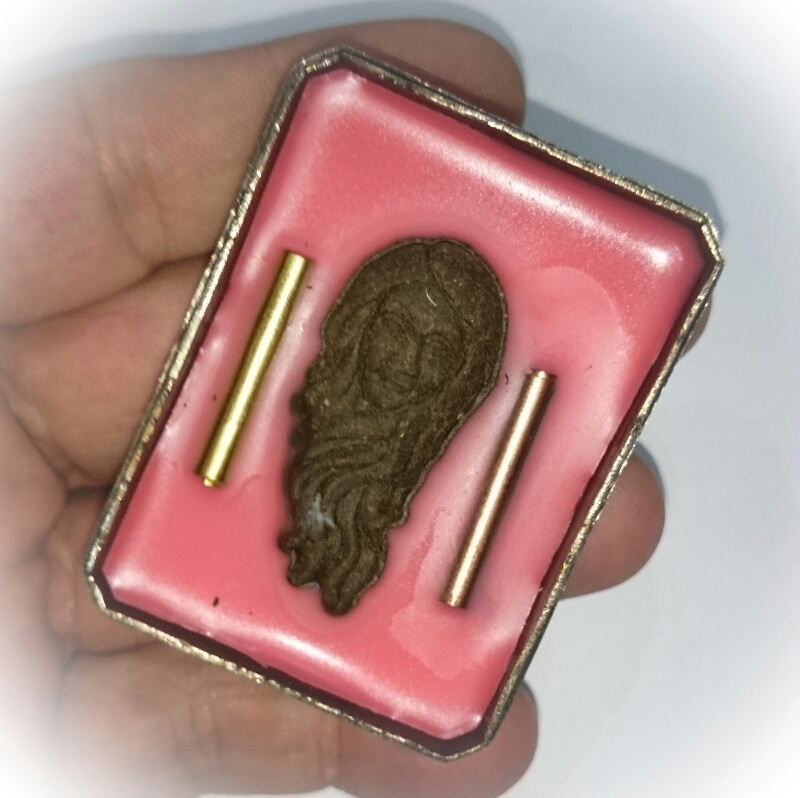 A Beautiful Mae Nang Prai Deva amulet in sacred Maha Sanaeh Hoeng Prai Powders is embedded into the potion, between the 2 Takrut spells. The lid of the container is a work of art in itself with the further embossment of the In Gaew (In Koo) Prai Devas in symbiotic Tantric Sexual Embrace, embossed upon the lid, with immensely detailed decorative surrounding detail. Two Ongk Pra Sacred Yantra Spells are also engraved upon the lid. 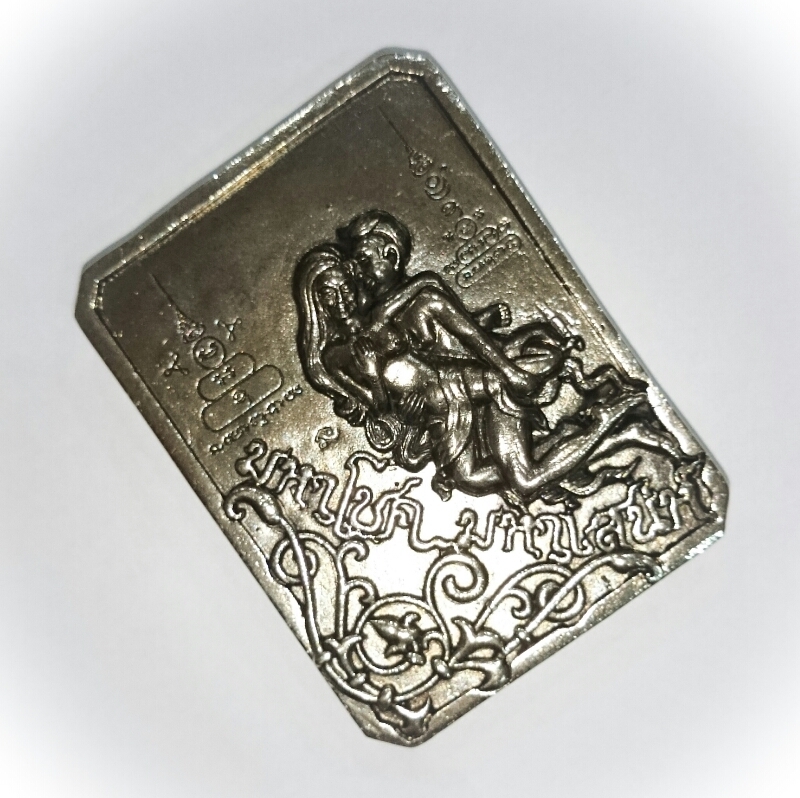 The Wicha for this See Pheung is pure Ancient Khmer formula according to the Dtamra Saiyasart Khmer which Luang Phu Naen Kampiro has inherited and mastered under his mentors and Kroo Ba Ajarn, and for which he has become Internationally famous for.

Use the below Kata to chant One time, as you smear some See Pheung using your right hand to smear the See Pheung on your Brow; 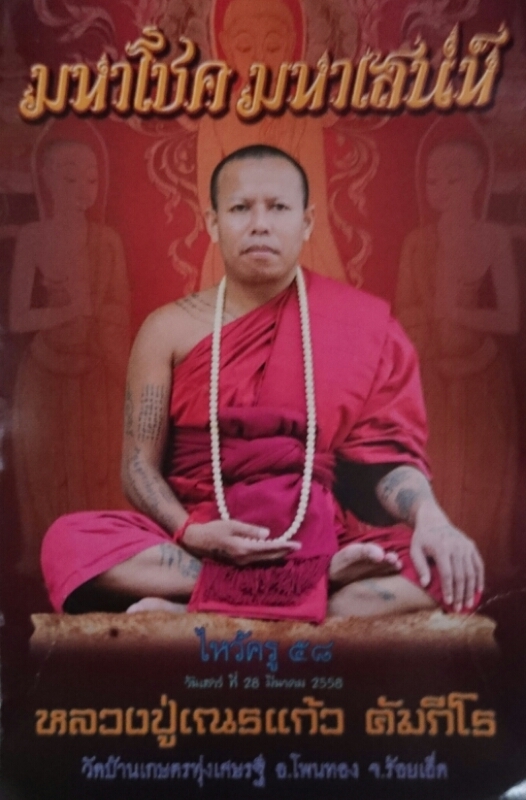