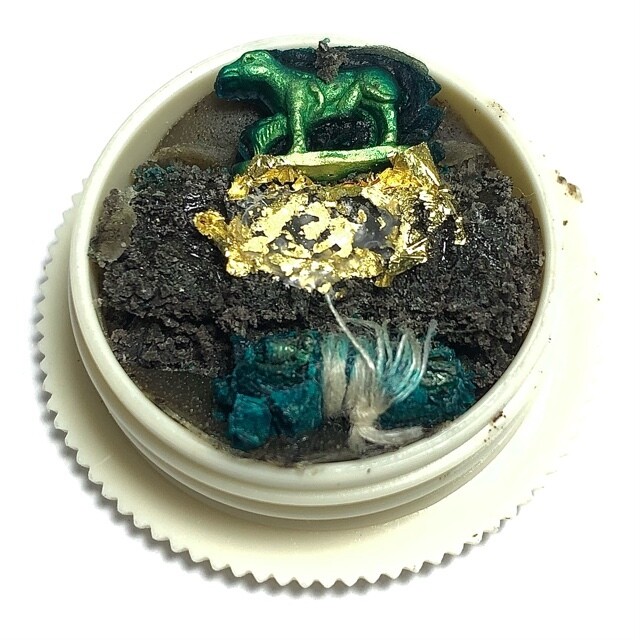 The metta balm also features two tiny silver takrut that are put together by a white cord used for spell binding. For the rest we can see the balm is supplemented with a In Koo deity stattuette and a small In Ma horse symbiotic prai deva which is covered in gold leaf.

The In Koo (also known in South East Asia as ‘Yin Tong’) is a symbiotic Deity in the form of a Man and a Woman embracing each other. It is a magical animist effigy which ancient people believed represents the first ever pair of Man and Woman (male and female) in the History of the World, and is a symbol of Love between a man and woman. 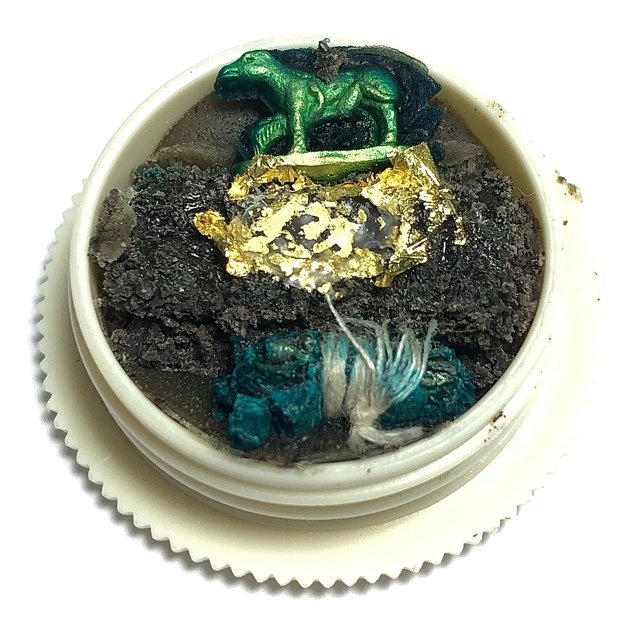 The In Koo and In Ma, and 2 Takrut which are embedded in the potion were made and consecrated by Kroo Ba Chay Chana.

If the In Koo is kept in the House, then all the family and people in the household will love each other and be happy together. If it is worn as a love charm or carried on ones person, then it will cause everyone the wearer meets to feel friendly and compassionate towards them.

It will even make others fall in love with the wearer if Bucha is made to the In Koo, and this request is asked for in exchange for Bucha. Business will flourish, money and gifts will flow in, good fortune will come, and life without disturbances. The In Koo is a sacred Love and Metta Maha Sanaeh Talisman which has been used by ancient folk for thousands of years, and shows no sign of disappearing soon, for its popularity as a love charm is still as evident as it ever was. 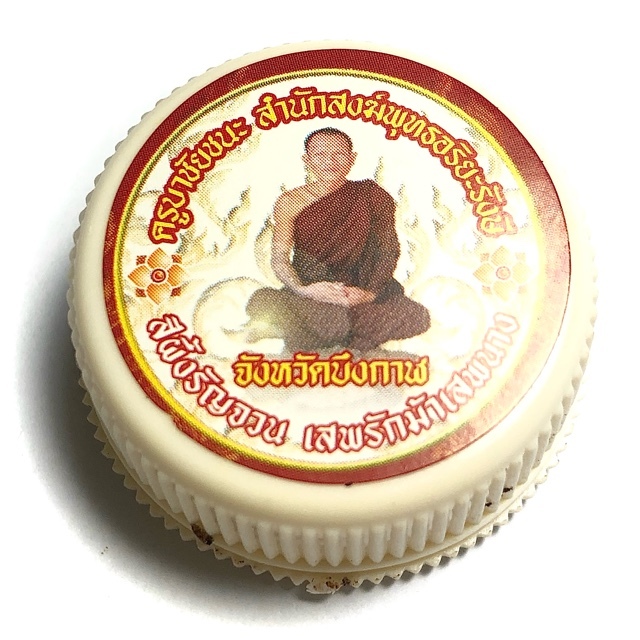 The above mentioned items all carry highly effective metta maha sanaeh powers in them. In this way, then, the sacred ingredients used for the metta balm itself, blend in perfectly well with the magical qualities of the two takrut, the In Koo and In Ma. 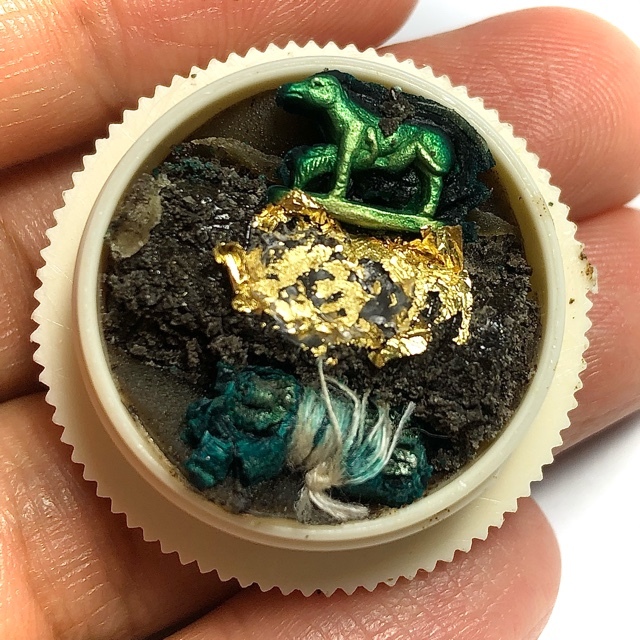 This immensely powerful combination of metta maha sanaeh magic is especially useful for those seeking love and attraction. Hence, when using Kroo Ba Chay Chana's love charm, people will easily get enchanted by the radiance of metta that comes forth by the metta balm and its wearer. 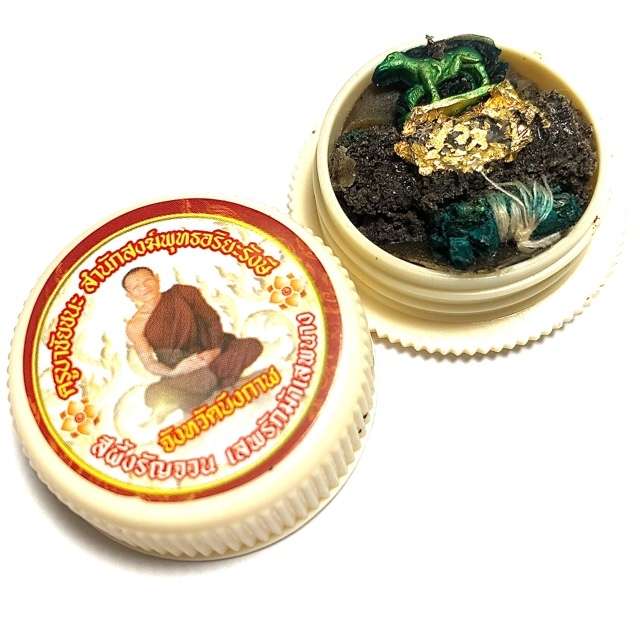 Apart from all the Wicha of Kroo Ba Chay Chana's own samnak, Samnak Songk Putta Ariya Rangsi, he also studied many other wicha, some of which he learnt from both monks and laymasters in Cambodia.

Kroo Ba Chay Chana also learnt some secretive guarded wicha, such as the wicha of Somdet Loong, a well-respected master for his magic powers in both the white and dark arts. Before Kroo Ba Chay Chana ordained as a Buddhist monk, he already was a famous laymaster with many looksit (disciples). Since the beginning of his trajectory as an ajarn, he has been an adept in look krok prai grasip, prai tong grasip, kumarn tong, and making prai oils.

Maha Laluay – powerful charm and attraction magic causes those nearby to applaud, admire and feel friendliness towards the wearer of the In Koo 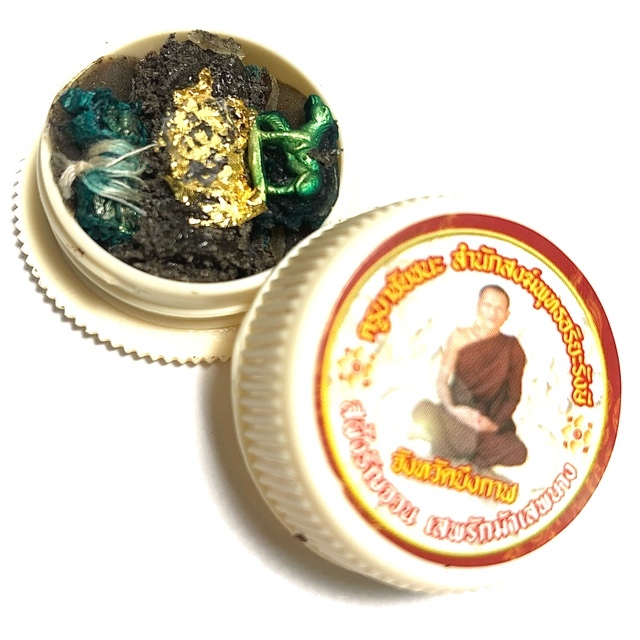 Kroo Ba Chay Chana is the Head Abbot of Samnak Songk Putta Arya Rangsri in in Ban Kampu in Beung Gan Province. The amulets made in this edition come from the formulas of a very ancient Sorcery Grimoire on parchment which is in the possession of Kroo Ba Chay Chana, and is the first time he applies this Wicha this Decade.