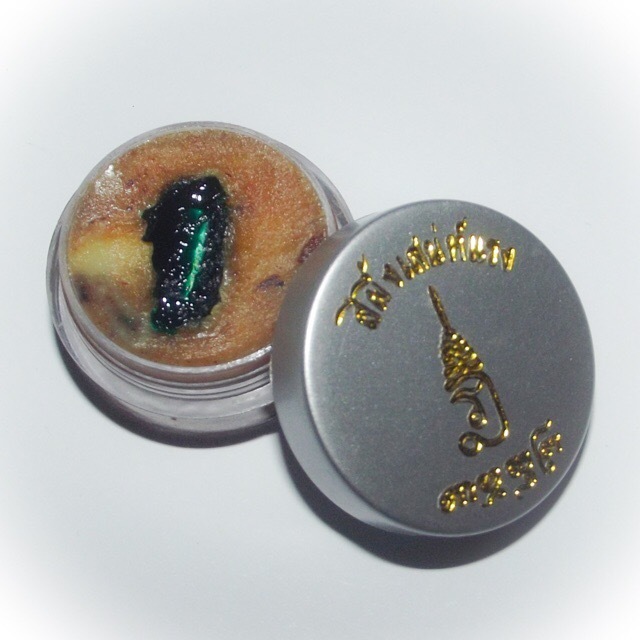 The See Pheung Raeng Kama Sutra Potion, was one of various now famously powerful amulets released in a small extreme limited edition released in the Year 2553 BE, from Kroo Ba Tamma Muni. Luang Phu is famous for his See Pheung and Nam Man Prai Potions, all of which have brought legendary fame to each edition, for the successful results received by devotees. 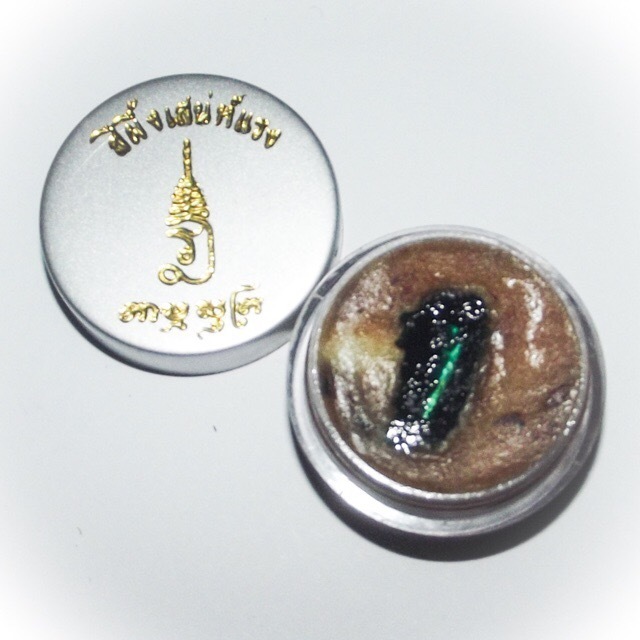 This is a double purpose, or at least, double usage method type Wicha, which can be used for Bucha placed on an altar, and/or for use as a See Pheung Balm for smearing as a Magick Potion.

Luang Phu made this edition more using a higher concentration of Muan Sarn, and a more complex formula of ritual empowerment, to produce the most powerful See Pheung that he has made to date. He began by only taking Bees Nests found on the Mayom, Marum and Khanun trees, which are the most powerful trees for Bees Nests to possess Magick. 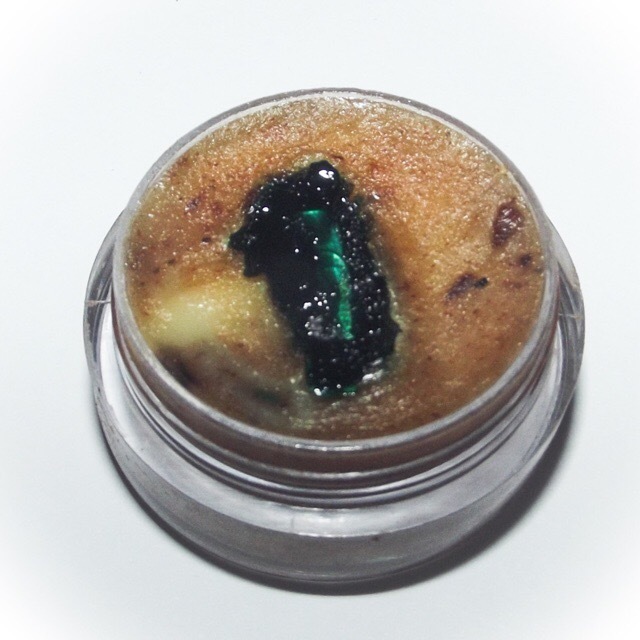 A large number of the rarest and most powerful Magickal Herbs were used for the boiling ritual in the Sacred Cauldron, which was also inscribed with Sacred Yant and Khom Agkhara Spells, according to the Dtamra for the Wicha Kiaw See Pheung. Amongst the most remarkable of these Sacred Ingredients, are; 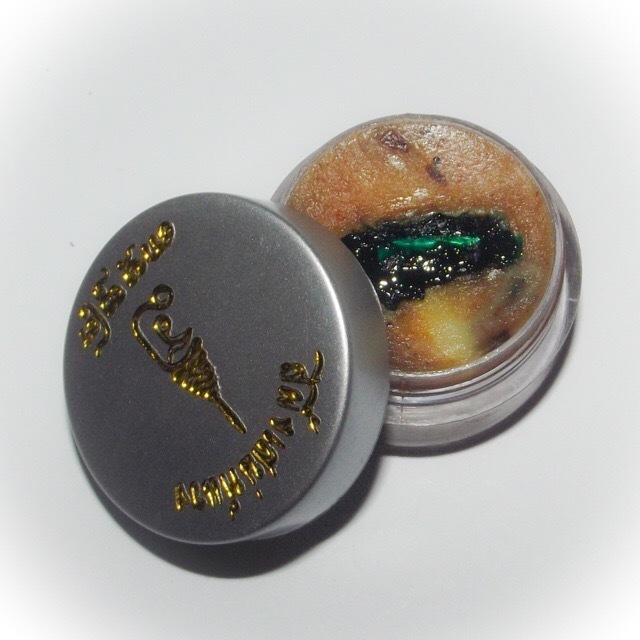 The herbs used to cook up this wax were various herbs of ‘Wan Maha Sanaeh’ cooked together with the ‘Khanun’ jackfruit and ‘Mayom’ Star Gooseberry. The fragrant oils boiled together in an open-air daytime ceremony on a Friday of a New Moon and the Friday of a Full Moon making for two auspicious occasions.
As Luang Phu mixed the waxy substances all together into one, he placed them in a large receptacle and used his bare hands to mix them and mash them, performing 108 recitations of the Kata Gaama Suudt (Kama Sutra Wicha) during an Auspicious Astrological Occasion in full Sunlight. 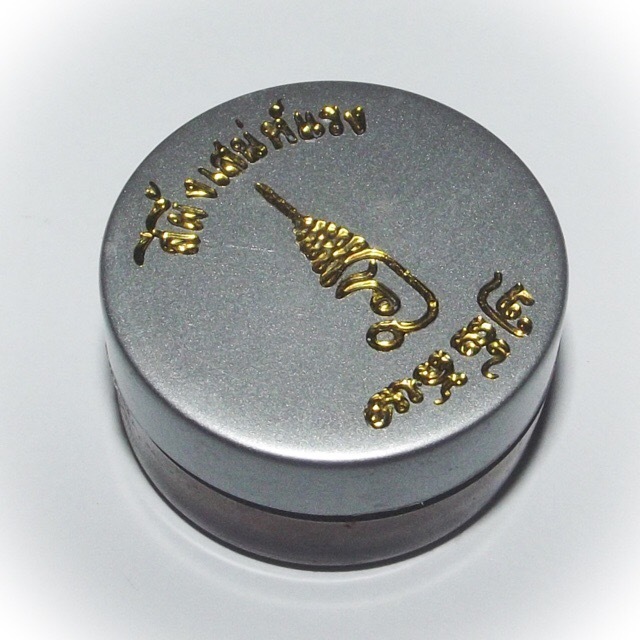 Once the potion was mixed into one substance, he then chose a night time Auspicious Astrological Date, to perform the next empowerment under the full moonlight. he performed the Piti See Pheung Rap Saeng Jantr Moonlight Charging Ceremony, and inscribed the Saccred Yantra of the Golden Apsara Maiden within the See Pheung Waxy Balm surface, and Chanted the Kata Riak Jidt Manus, and the Montr Nang Apsorn Yua Swaha Mad Jidt spell. Both of these spells are thousand year old Khmer Sorcery Spells which invoke Apsara Maidens from the Celestial Realms to Enchant and Seduce the minds of others. 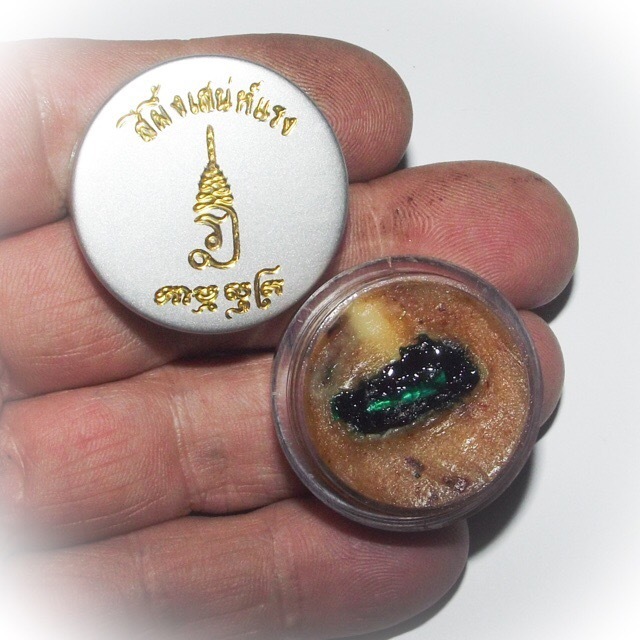 The Kata spells invoking the Apsaras blessing of loveliness, which is considered to be a very high level charm of seduction and astonishment derived from the ‘Nang Ram’ dancing girls of ancient Thai folk music. Even the ‘Dabos Nak Prot Khontan’ ascetic Ghandavara devas are subject to the immense power of this spell. The Ghandavara being particularly drawn to and associated with music, dance, arts and the scents and saps of fragrant trees and flowers, these heavenly deities are drawn to and therefore lend their powers to the make-up of this ethereal Look Krok. 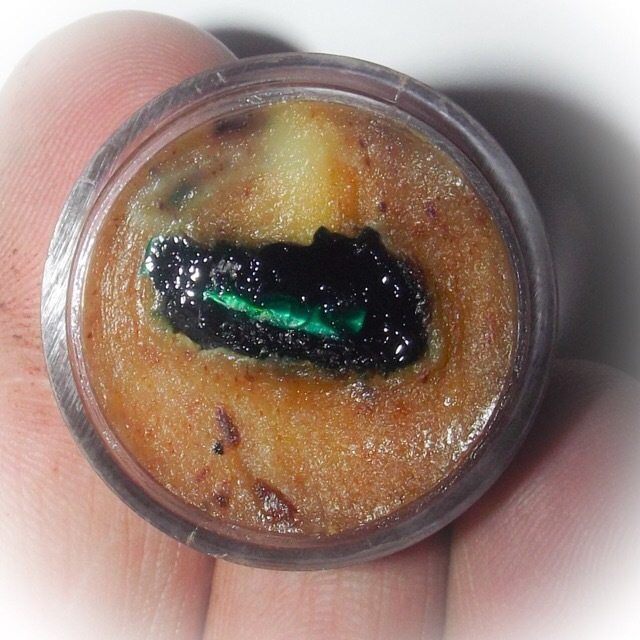 Many people feel the attraction and see the ease of use that Metta Maha Sanaeh Prai Oils, Balms and Powders bring, but do not really know how they can put the oils and balms to applied use for the right purposes. The below section explains a little about the general techniques normally applied when using Metta Oils and Prai Oils.

If normal Herbal or Non-Necromantic Metta Oils, and Prai Oils that have been properly Invited and Invoked for use already and allow the below methods;
Na Maedtaa Mo Garunaa Put Bpraanii Taa Yin Dii Ya Aen Duu 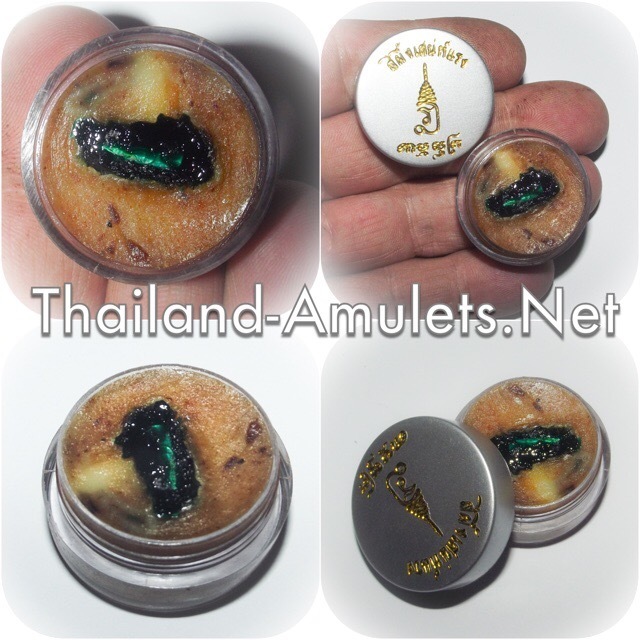