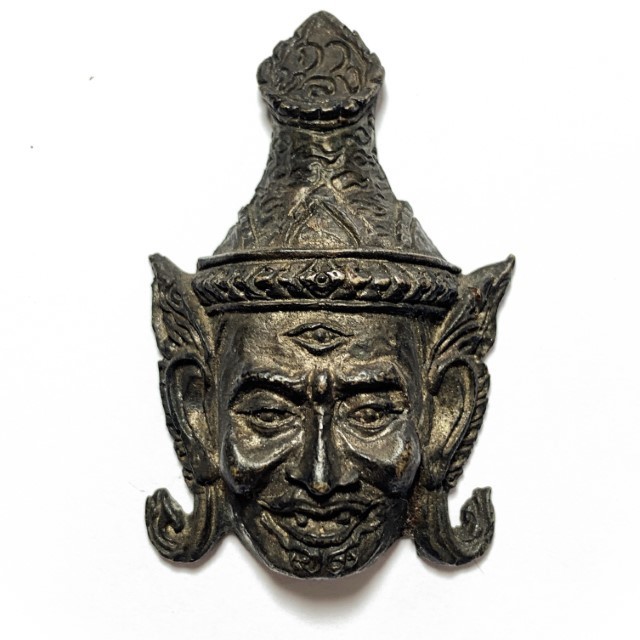 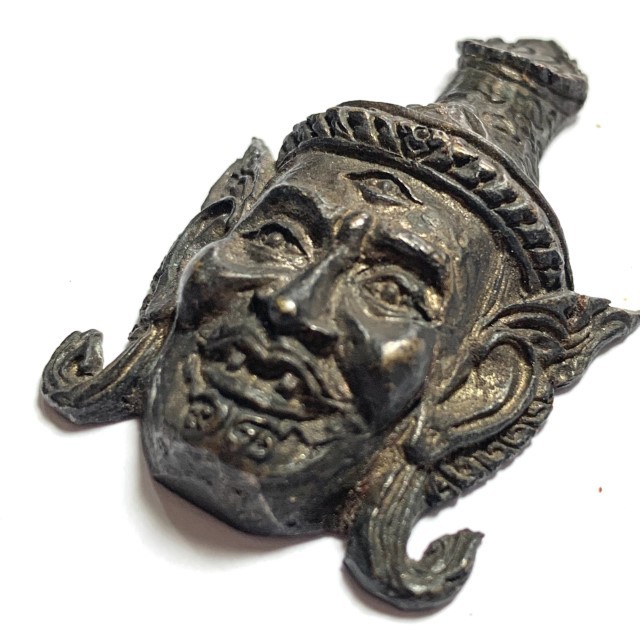 Free registered airmail shipping worldwide is included with this amulet. weights will not be calculated.Made from an alchemically forged mixture of sacred metals from smelted statues and artifacts of the Khom era over 1000 years ago, Luang Phu spent a whole year bvlessing the amulets nightly before final; empowerment in Wai Kroo of the year 2549 BE. Now an extremely rare Amulet from the great master of Wat Khao Laem. This immensely beautiful and powerful amulet from the Deceased master with the crystal tooth in the roof of his mouth, has now become an essential rarity immensely sought after by Devotees and speculative collectors alike, and is in every case an internationally accepted Master-Class Amulet, and a great classic of amulet making history. 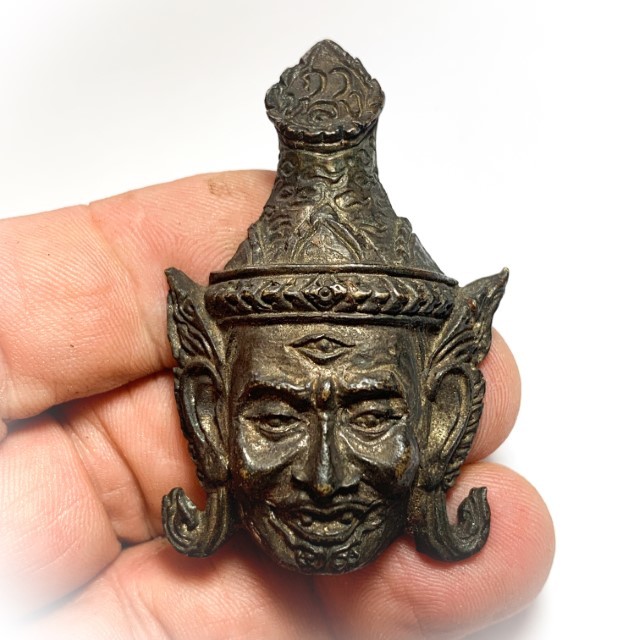 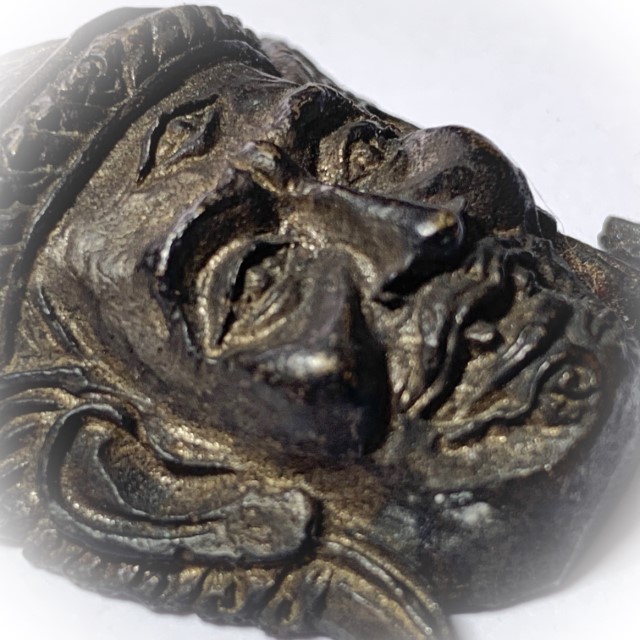 It was the Lersi Phu Jao Saming Prai, in form of tiger face, who appeared to Luang Phu Ka Long as he meditated in the forest, and showed him some hidden Gold Buddha statues, which he said that Himself and Phu Ka Long (in a previous life), had buried together hundreds of years ago as they were both practising Monks and also Ruesi Magicians.

For this reason, the metallic amulets of Luang Phu are extremely preferred from this edition, due to the fact that they contain ancient Khmer statues which were smelted into the metallic alchemical metal substance for the amulets. LP Ka Long became extremely famous when news got out of his crystalline tooth (Khiaw Gaew) in the roof of his mouth, just as Hanuman has in the Ramakian Epic.

Luang Phu Ka Long has held an ongoing relationship with this presence, and has made many amulets in conjunction with the help and collaboration of this Deity, who is karmically intertwined with Luang Phu Ka Long since previous lifetimes.

Below; on the top right edge of rear face is the limited edition series number 338 of 1,999 amulets made, as authenticity stamp. 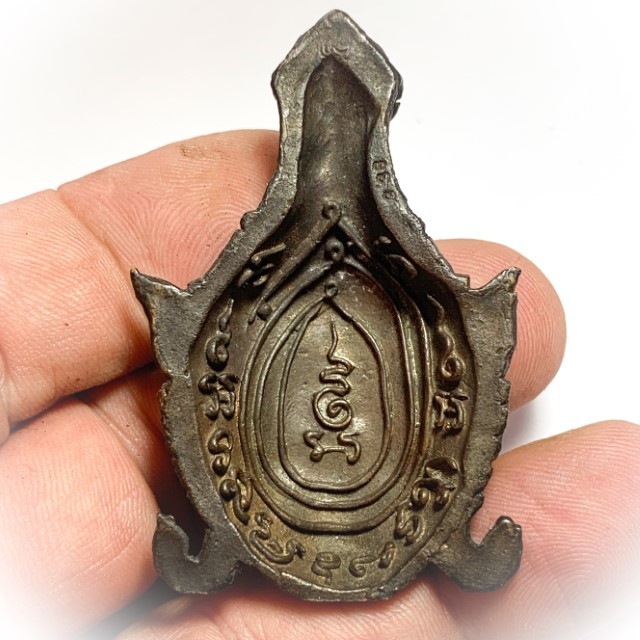 The rear face of the amulet has Khom Agkhara Yantra spell embossed on it, written in sacred Agkhara Khom Lettering including the turning and evocation of the four elements, and the Sacred Na of the Heart of the Tiger, amongst other thing. The amulet is as are all amulets of the deceased master of wat khao laem, an immensely sought after amulet, and immensely rare, as being from one of the early editions (2549), in Wai Kroo, and is made from extremely sacred artefacts and substances. The Lersi, or also known as 'Ruesi', are the holders of the Great Kampira Grimoires, and Magical Wicha of the Dtamra Saiywaet, and are the Root Guru Masters of the Magical Tradition in Buddhist Thailand. Lersi Deva Hermit Gods are Revered in Thailand under the Name 'Por Gae'. Por Gae defends these 'Wicha' etheral knowledges from both the ignorant who wish to destroy them, as well as the ignorant not ready to learn them. 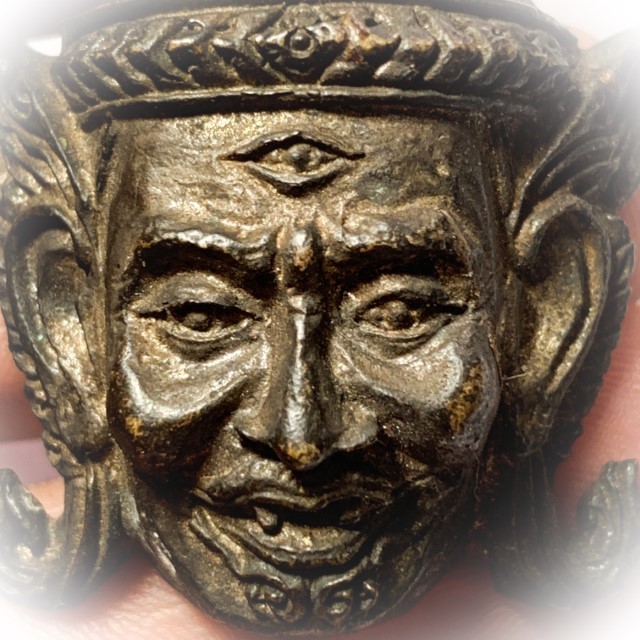 All of these blessings are given with the practice of revering and following the Ruesi Devas. It requires somewhat more effort to practice revering the Ruesi, because the practice of Revering Ruesi is a regular applied practice and you must think that the Ruesi are always with you, and that one lives and behaves as a Looksit of the Ruesi Boroma Kroo Por Gae. To Bucha the Ruesi brings Protection from physical and magical dangers (black magic) having Kong Grapan, Maha Ud and Klaew Klaad Properties, and Gae Aathan (remove Black Magic), Gan Phii (scare Ghosts away), Metta Mahaniyom (great preference and popularity), Maha Sanaeh (charm and hypnotic effect, attraction to the opposite sex). 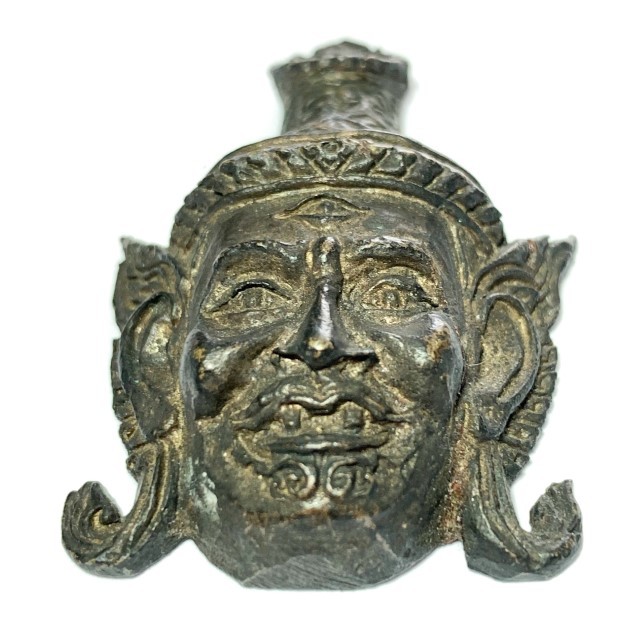 Serm Duang (invoke an auspicious fate and destiny, horoscope). Most traditional Lersi respect the Pantheon of Higher Beings according to the Brahmin tradition. Namely; Lord Brahma Shiva and Vishnu. Most Lersi practice the development of power and evocation/invocation(Peng Kasin). The word ‘Peng’, means in principle, to “stare”, but in this case, it really means to insert, or transform matter or substance, whether it be physical element, or a spiritual element. 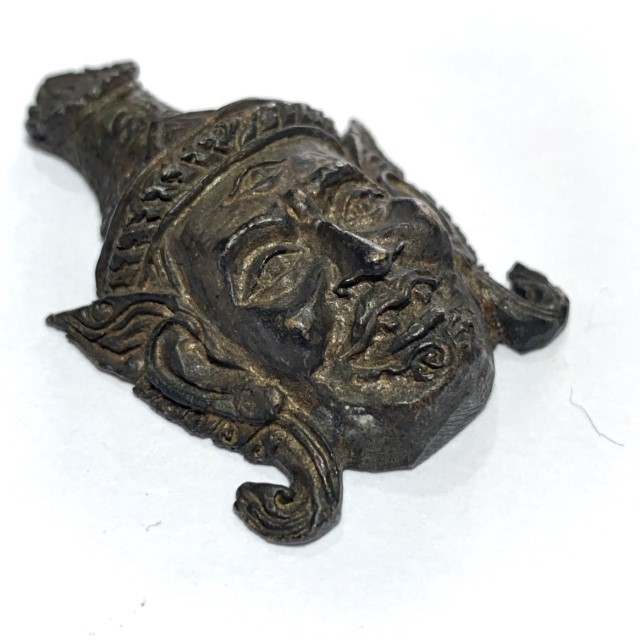 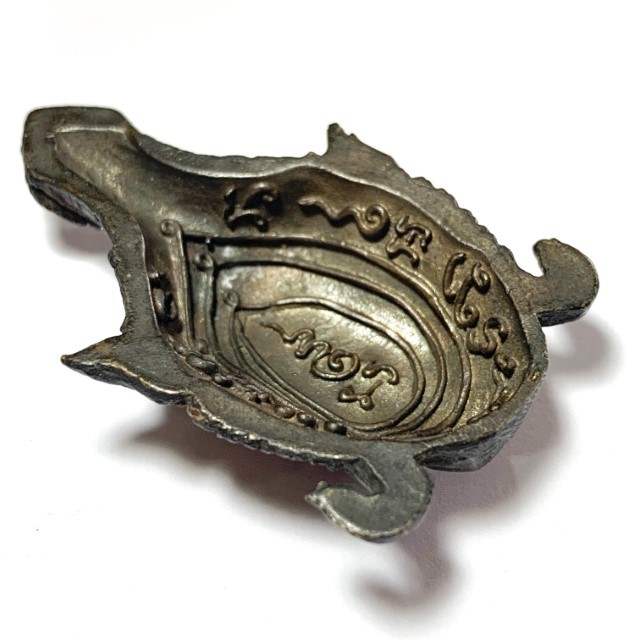 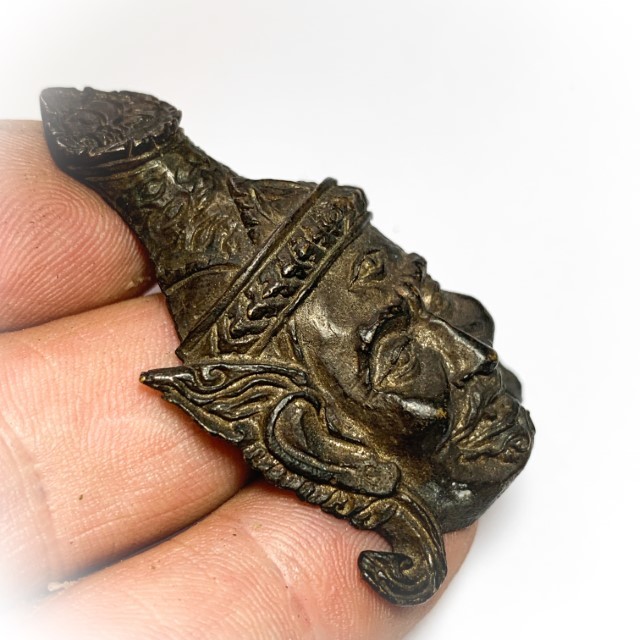 Alternatively, or in addition;

See all Kata for all Amulets and Deities here - Kata Chanting >>>>

If you are a Looksit (disciple) of the Lersi, then you should never use your charm to take advantage of others or to trick and deceive people with, as this will be detrimental to the continued lineage of the tradition, and will cause the Devas to depart from the Human realm, especially as far as being present with ceremonies in reverence to the Lersi are concerned. The purity of practice of the Master of the Samnak, and his Disciples, will affect how powerful a Wai Kroo Ceremony is. 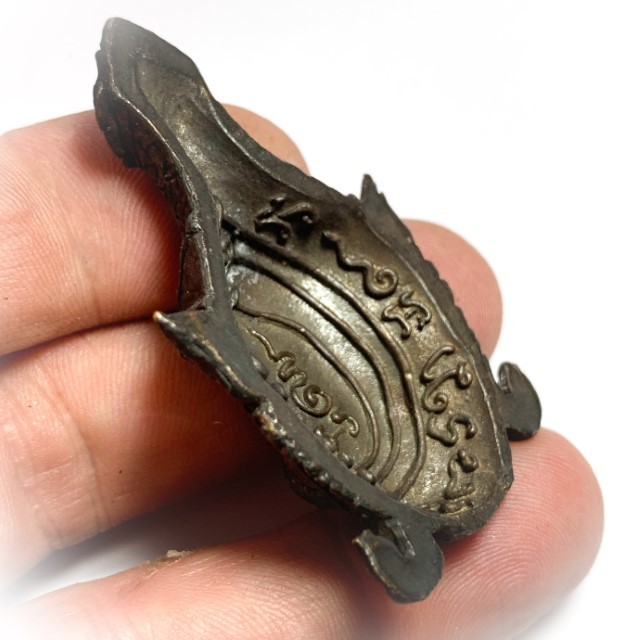