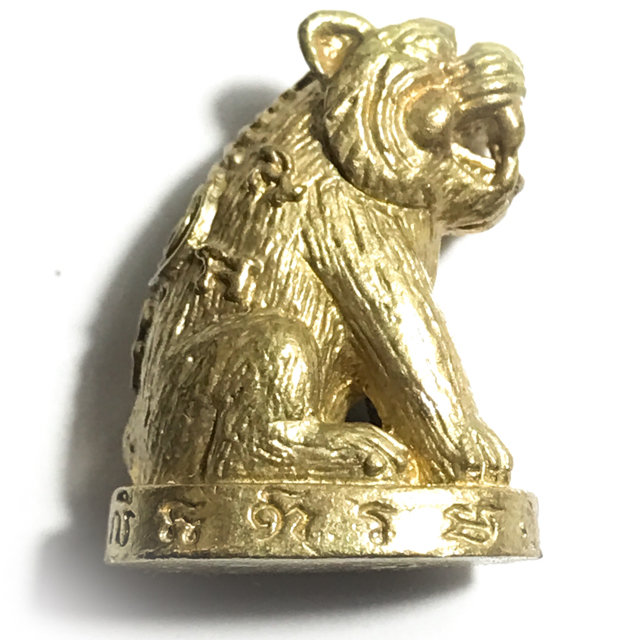 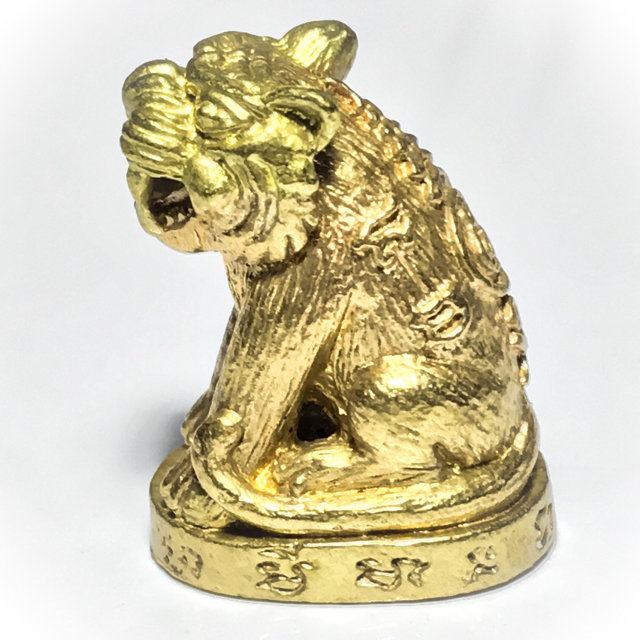 The first edition Suea Akom Ngern Hlai depleted very quickly after many people had immense successes with lottery and gambling exploits, and in their business ventures, which brought the amulet to National Attention, and Immense Popularity caused the need for Luang Por Bproeng to create a second edition, to fulfil the needs of the devotees left without. 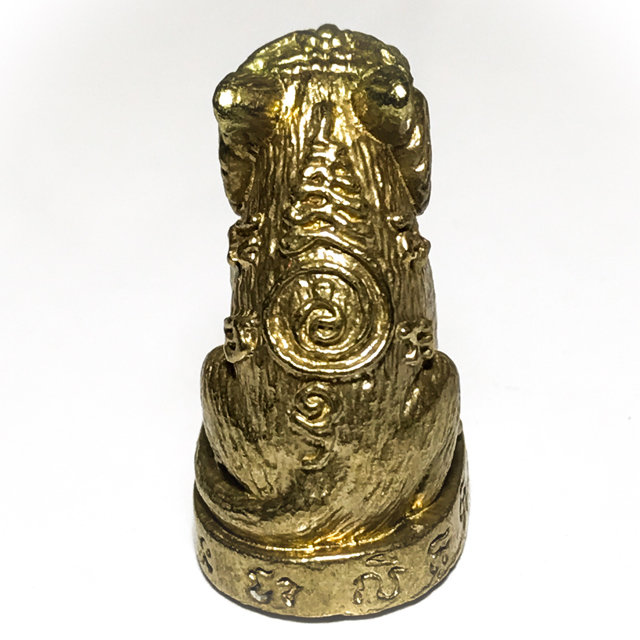 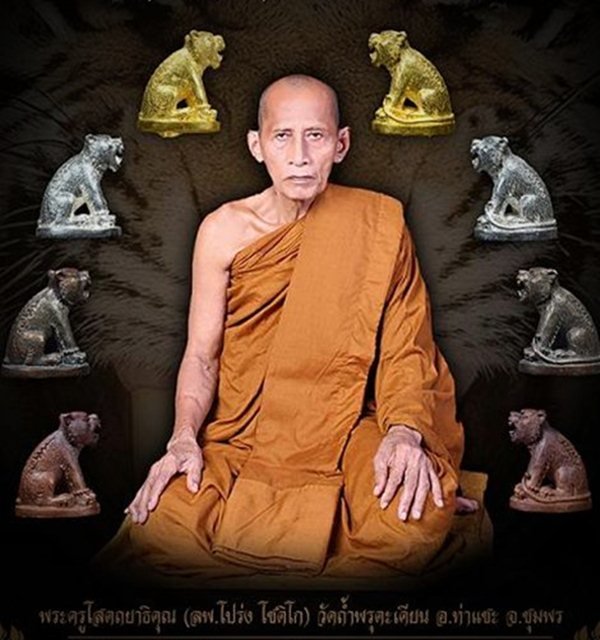 Luang Phu Bproeng is a Southern Chumporn master with Powerful Wicha Suea, who has made many editions of amulets in recet years, and miraculously raised an arid piece of dry land on the side of a mountain in Chumporn, into a popular and fast developing temple of importance for the local Folk of Chumporn.

Luang Phu Bproeng began with a small Kuti Hut on the side of the mountain near a Sacred Cavern, and stayed there to inspire the local Folk to assist in building a temple. 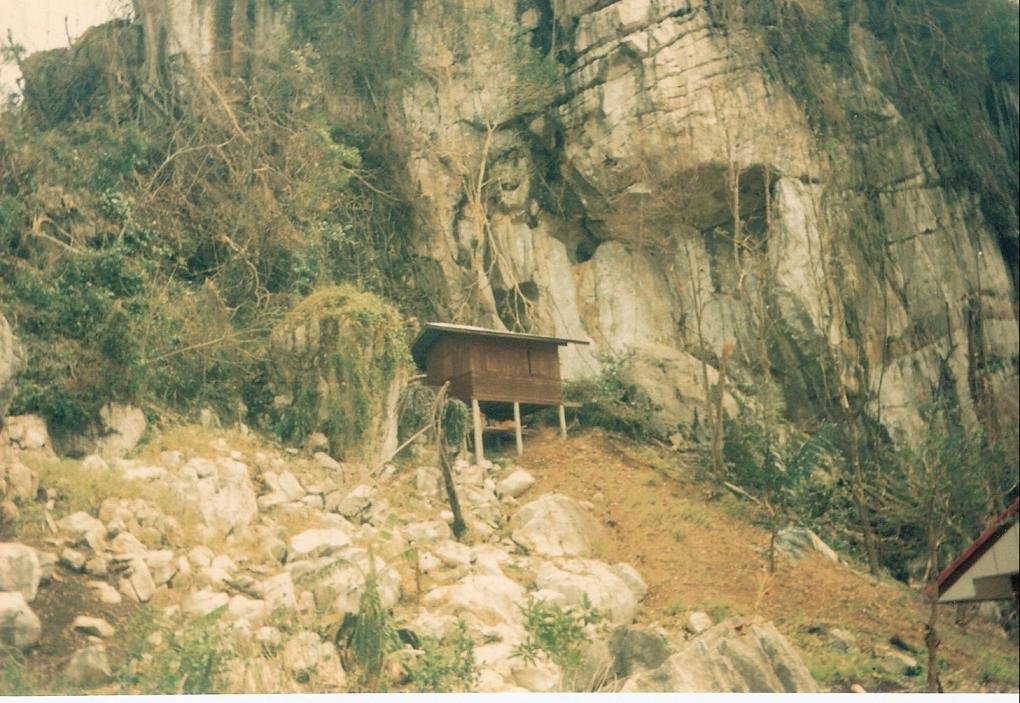 He slowly behan to clear the area and raise funds to develop the temple enclave, step by step, with diligence and immense patience. As the temple began to take shape as a Samnak Songk, the local Folk began to notice and Faith in Luang Phu Broeng's Meritorious Practice grew and grew, and in turn, people began to turn up to help. 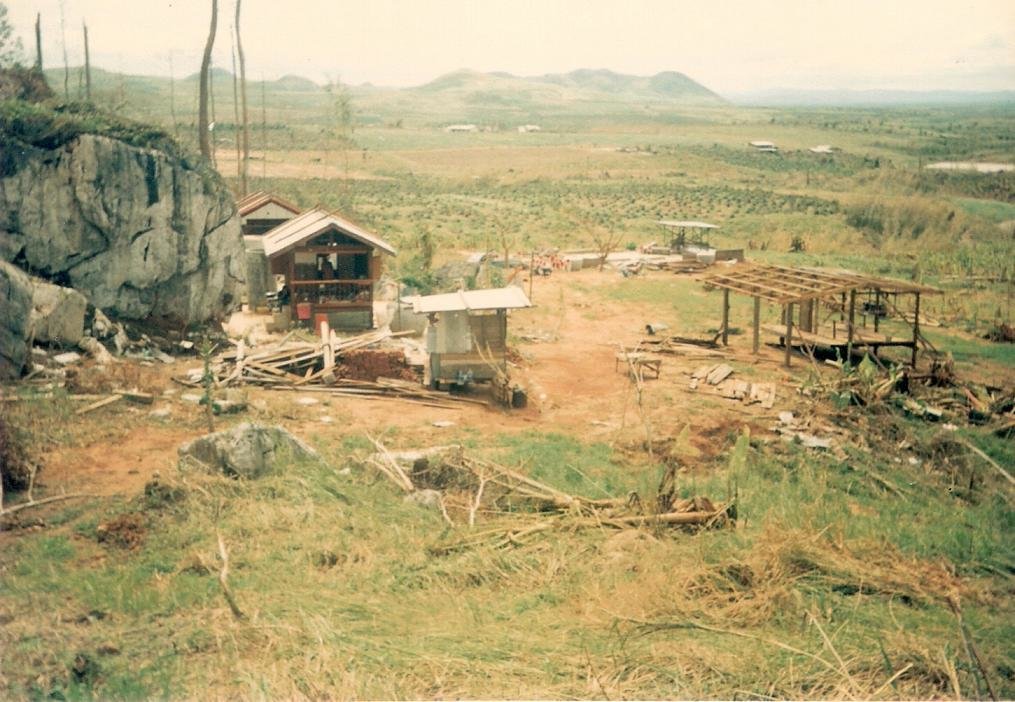 Luang Phu's Fame grew as his merits were retold around the Province of Chumporn and Beyond, and more assistance came as the number of devotees rose on a National Scale. Luang Phu began to speed up his developments to bring Miraculously fast changes to the temple, as it transformed at an incredible pace. This in turn increased the belief f the people that Luang Phu Bproeng's ability to build the temple, was Miraculous in Nature. 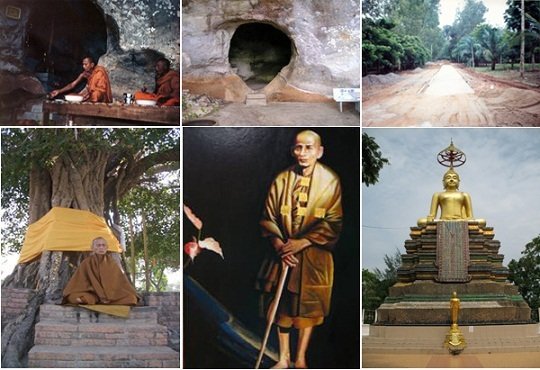 The temple is now becoming a beautiful enclave of Buddhist Practice and Reverence, through Luang Phu Bproeng's Great Merits, which are visible to all. 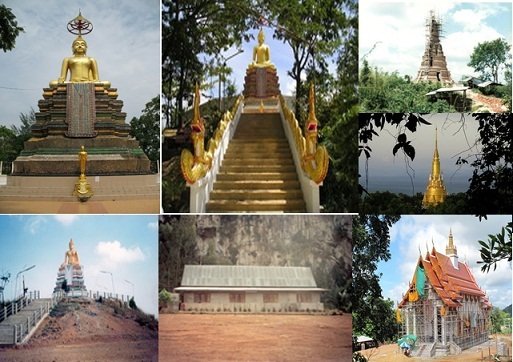 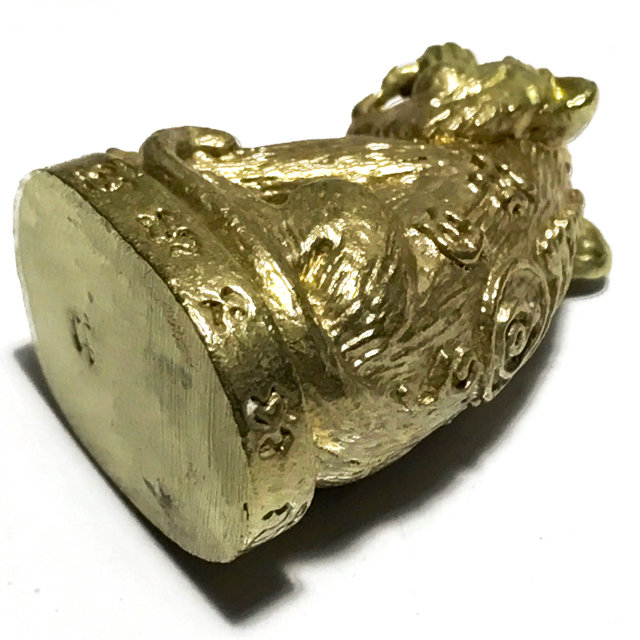 Apart from the special empowerment for Maha Pokasap Wealth Attraction, all Wicha Suea amulets possess immense Anti Black Magick, and Maha Amnaj Commanding Power, to Increase Status and Gain Promotion in the Profession. This of course also indirectly increases one's wealth through raise in income which comes with rise in Status. 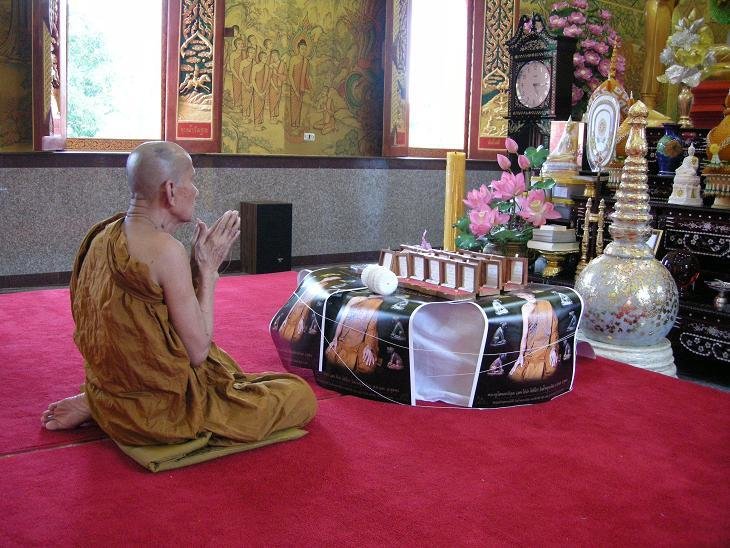 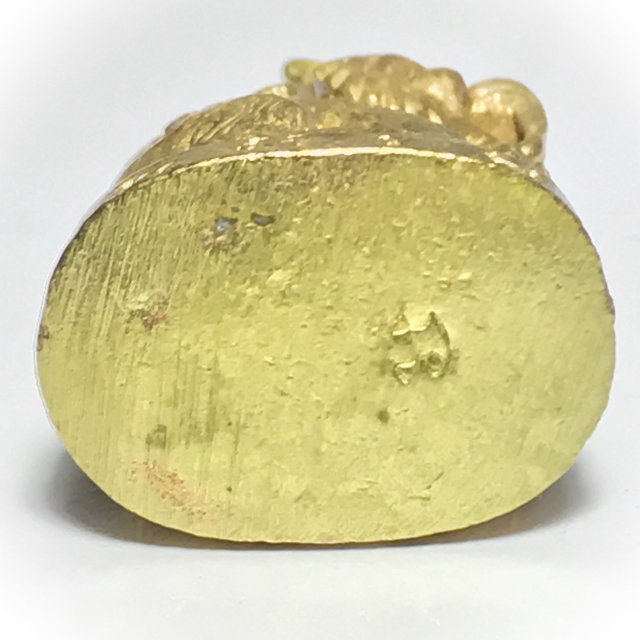 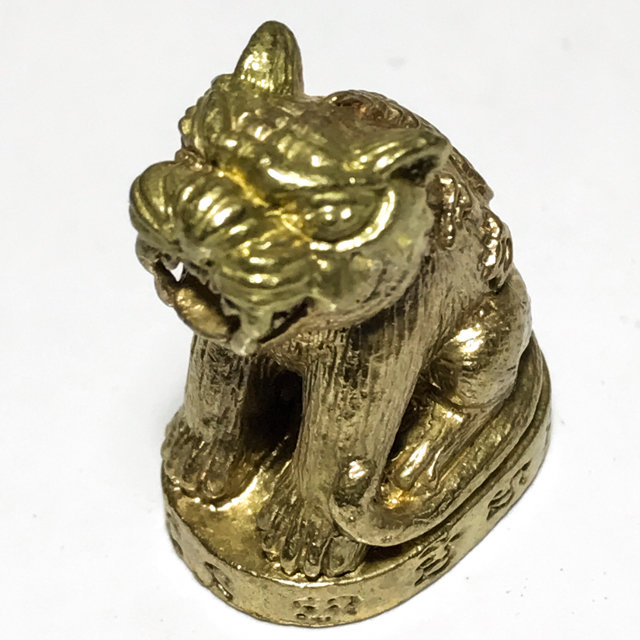 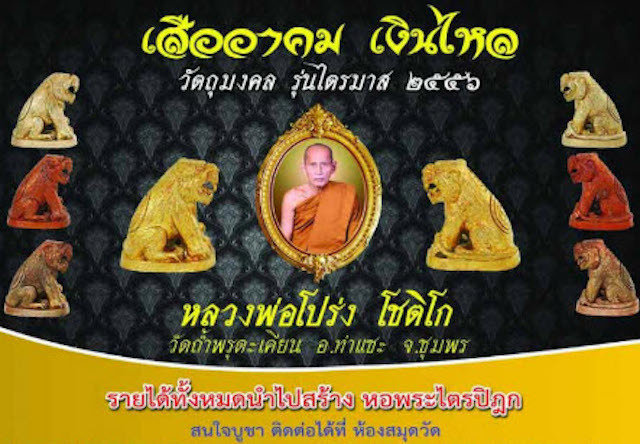 Luang Phu Bproeng performed a full Traimas Empowerment of 3 Months Nightly Chanting and Meditative Focused Charging of the amulets in Solo, before one last final Buddha Abhiseka Blessing Ceremony within the Uposatha Shrineroom. 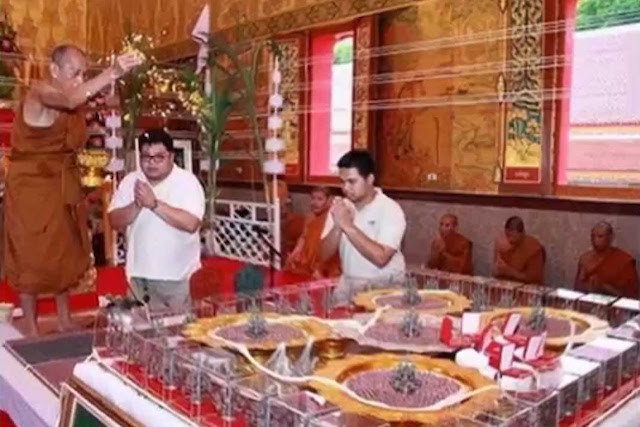 Those who like to play lottery and gamble will be well equipped for success with the help of the Suea Akom Ngern Hlai, as well as to protect the wearer from all worldly and unworldly dangers. Those who are in positions of command or office, or who need to increase their status and influence over others, will be well served with this kind of amulet. 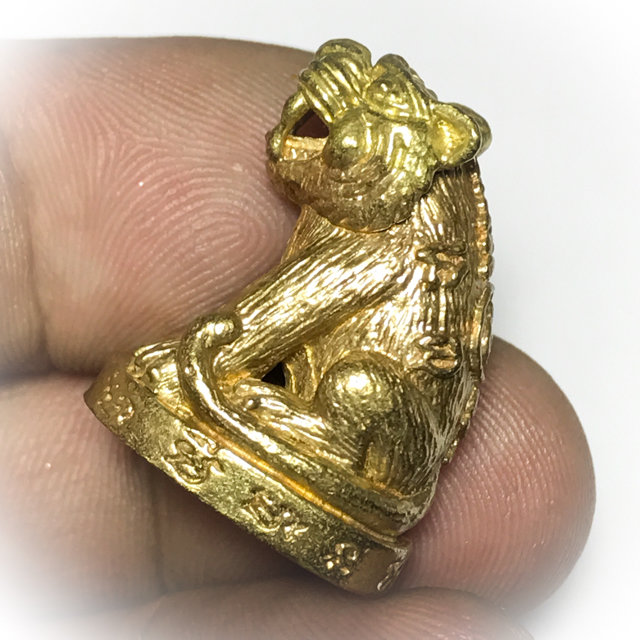 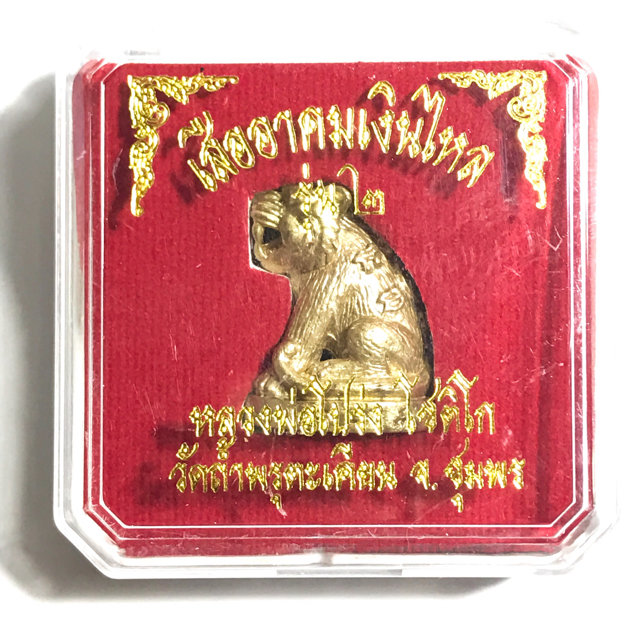 The amulet is finely honed with powerful artistic design, expressing a well-fed tiger, contented with plentiful nourishment, This represents Maha Pokasap Cornucopia Magick, to have one's Cup Overflowing with all the Necessities and Luxuries of Life. 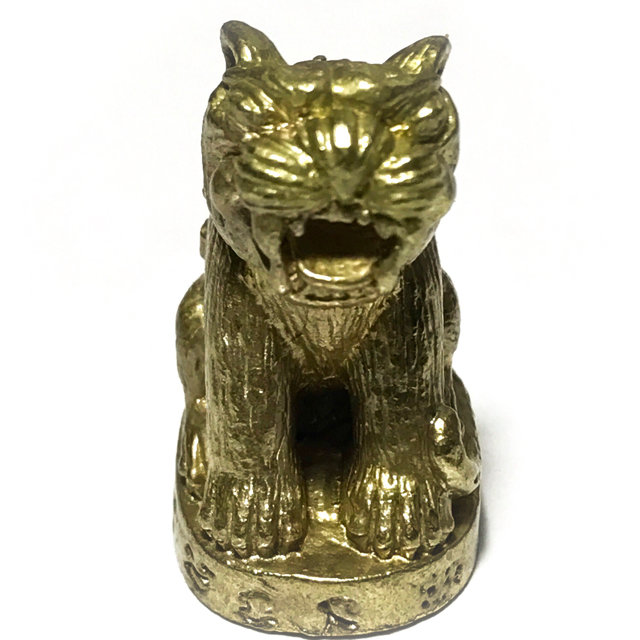 Those who wear Tiger Sak Yant Tattoos are especially recommended to use this kind of amulet, as well as Martial Artists and Muay Thai Warriors, and those in Positions of Command, and to use Kata Suea and Kata for Sak Yant to empower their own Command, and Achieve Victory in all Endeavours. 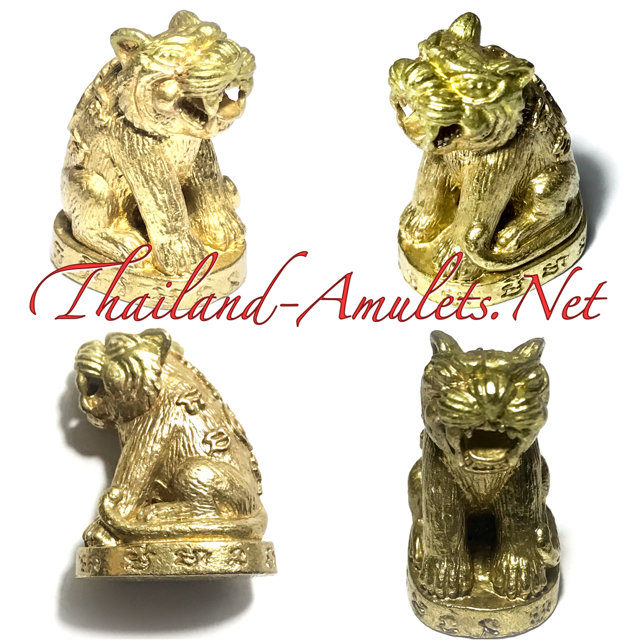