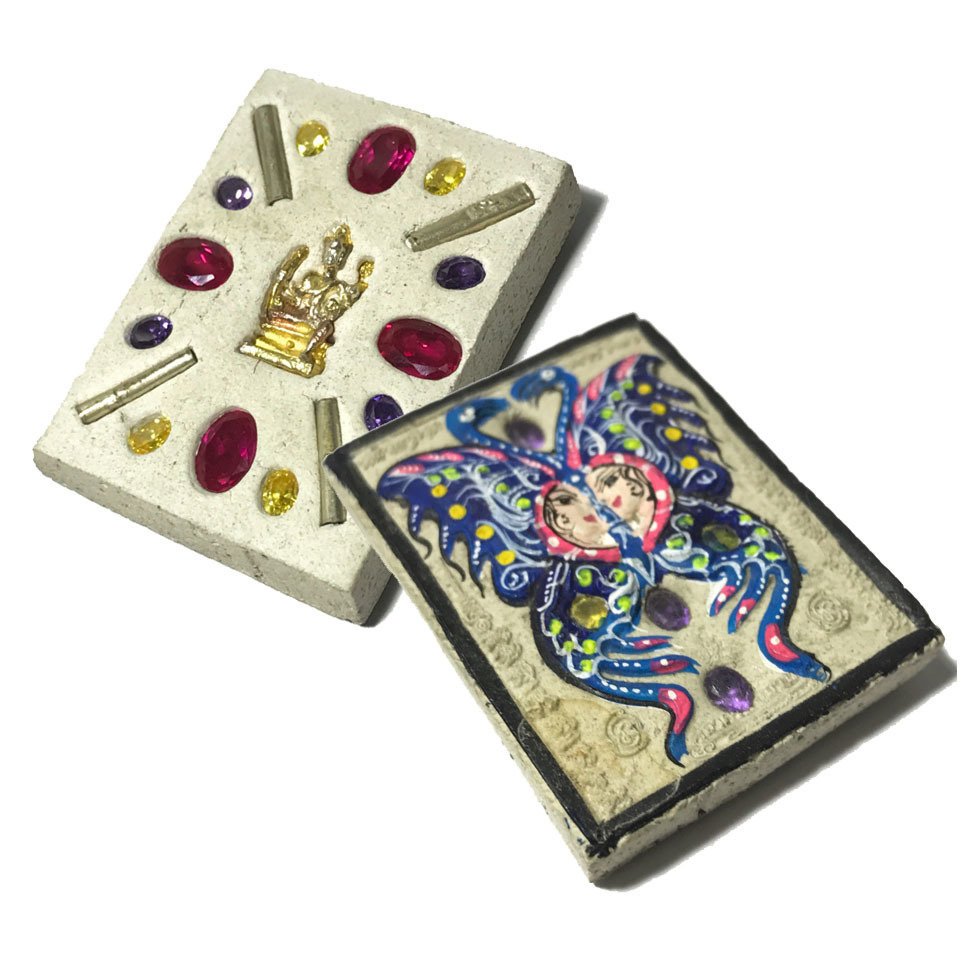 Taep Jamlaeng Pim Klang Asrom Sathan Nuea Pong Kammathan Pasom Wan Si Nam Dtan Orn (Kammathana Powders with Herbal Pollens) - released towards the end of 2555 BE in an extreme limited edition of only 200 amulets pressed in total. Five Ploi Sek Maha Pokasap Enchanted Gemstones are inserted into the front face of the amulet, within the wings and around the Taep Jamlaeng Pamorn Butterfly King Deva. 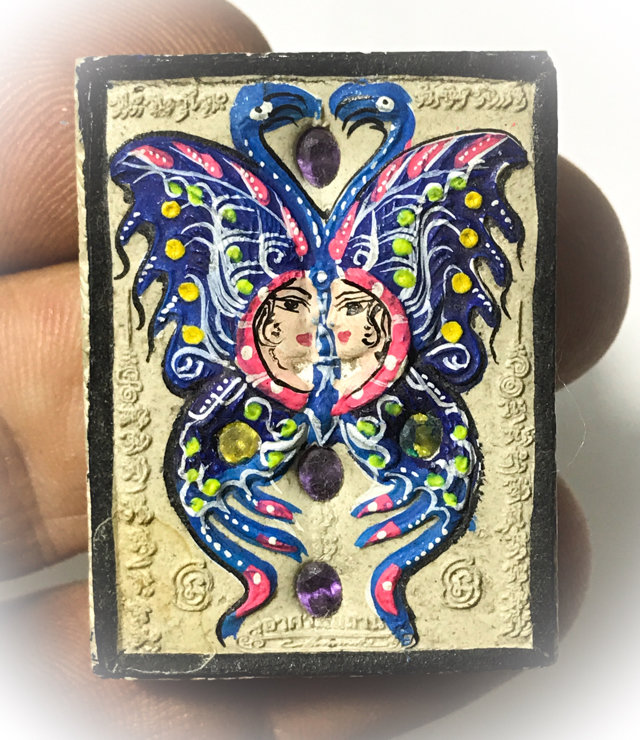 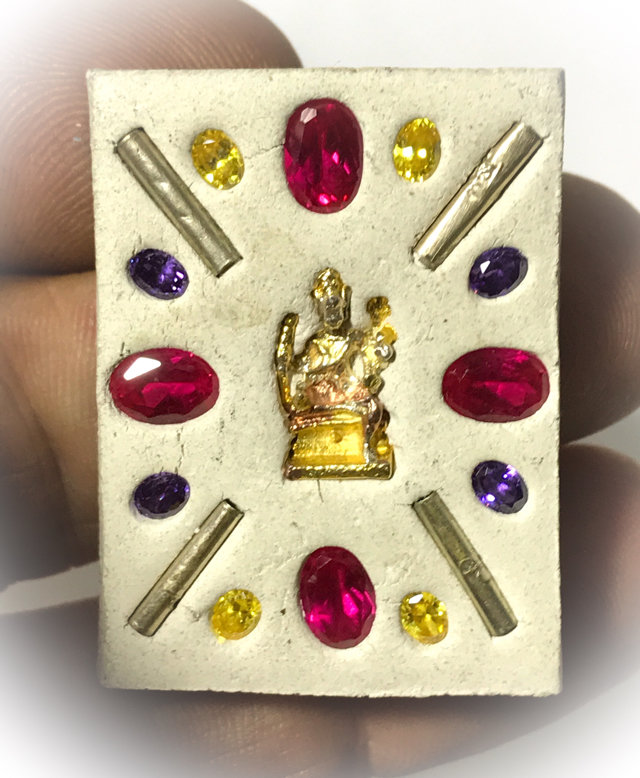 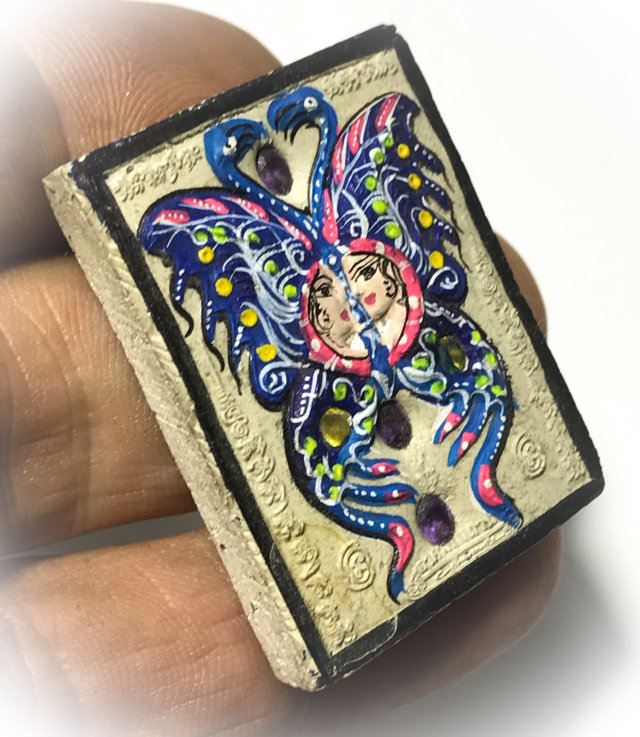 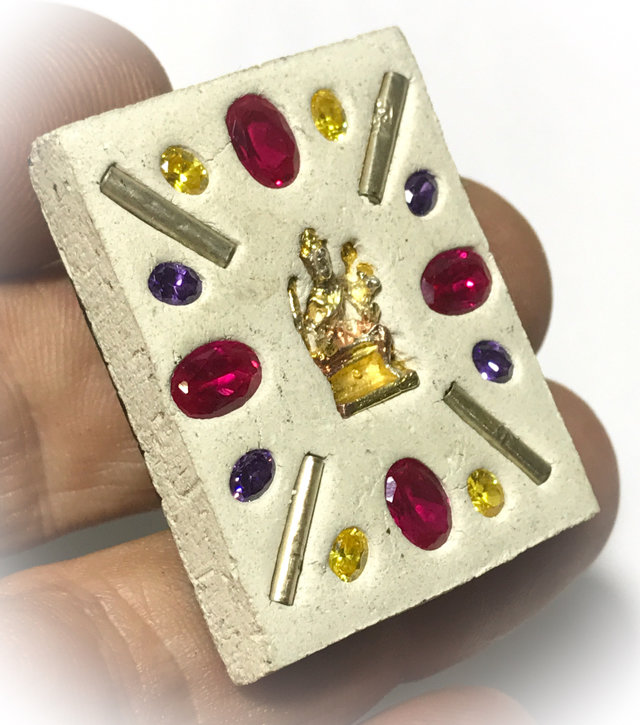 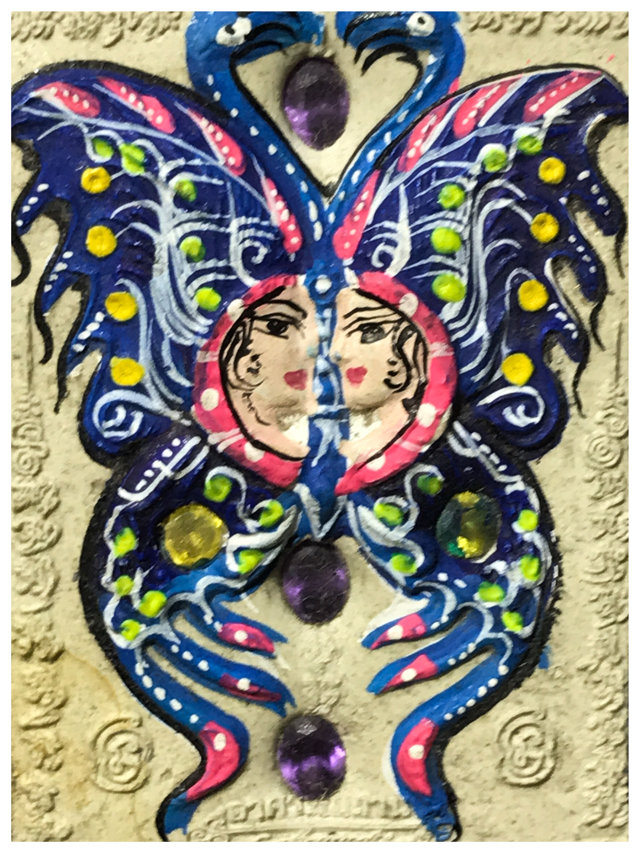 One can hence say, that all editions up to 2555 BE can be considered the rarest and most highly valued, with increasing rarity as their numbers deplete, as increasing numbers of devotees enter into collectorship of the amulets of Kroo Ba Krissana Intawano. Of course however, every year sees some very special Ongk Kroo amulets and limited series collector pieces released, even in the present day. it is part of Kroo Ba's cult tradition to produce Masterpiece limited series models, and this tradition continues every year. Having said this however, the Early editions are now almost impossible to find, and are the pride and joy of the serious collector-devotee. 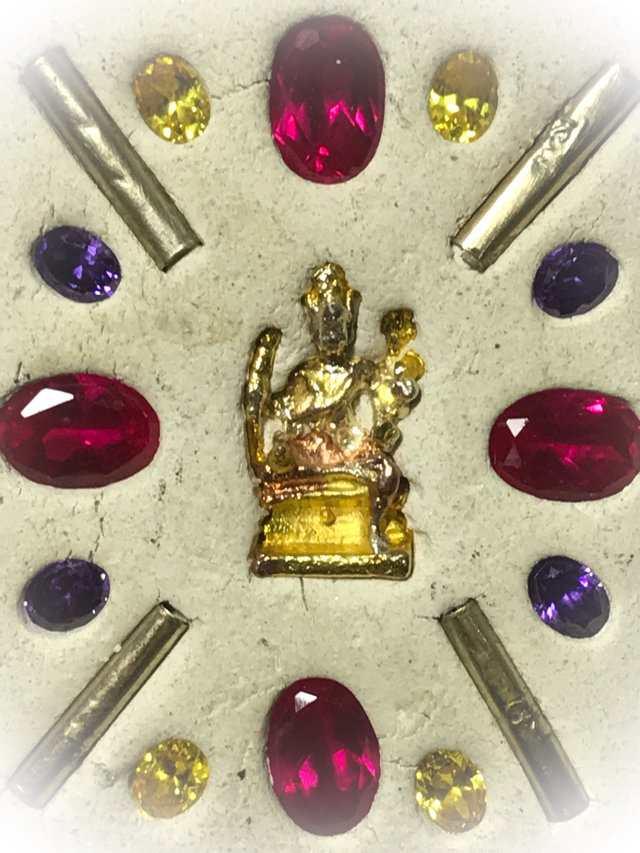 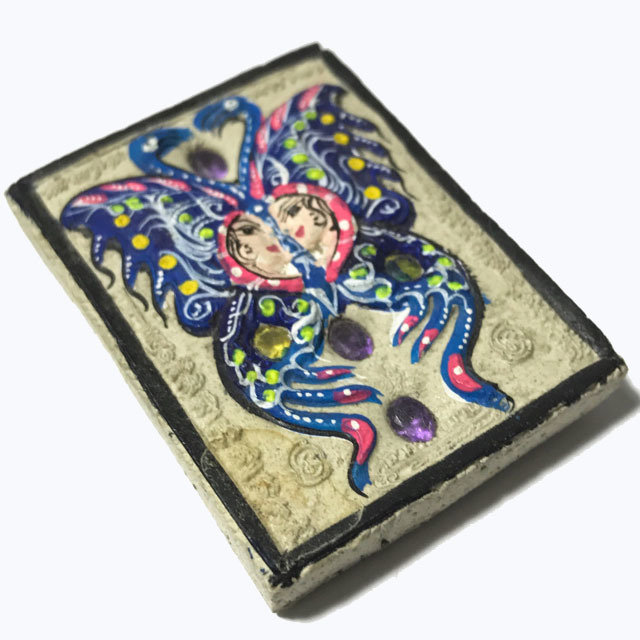 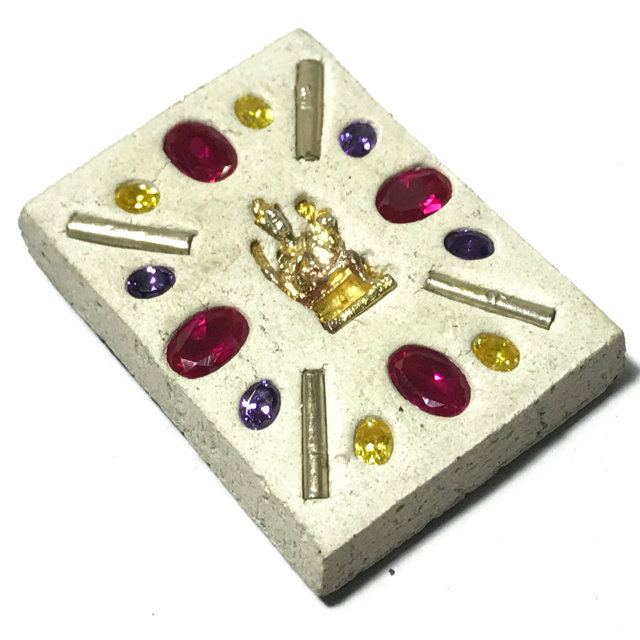 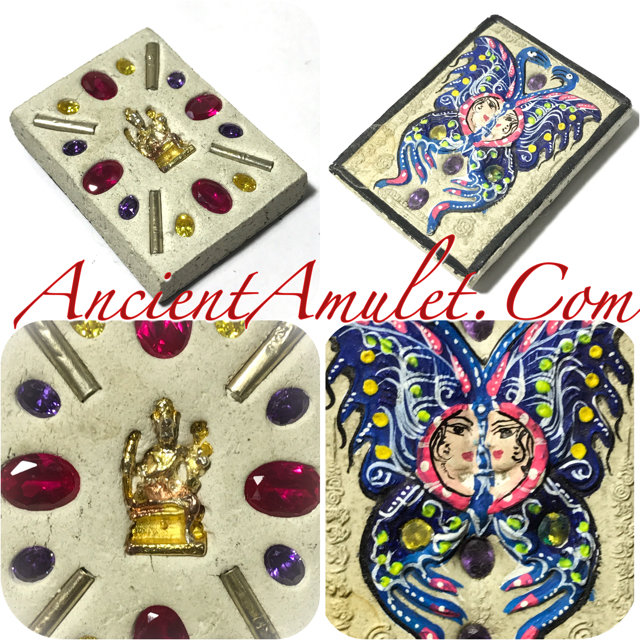