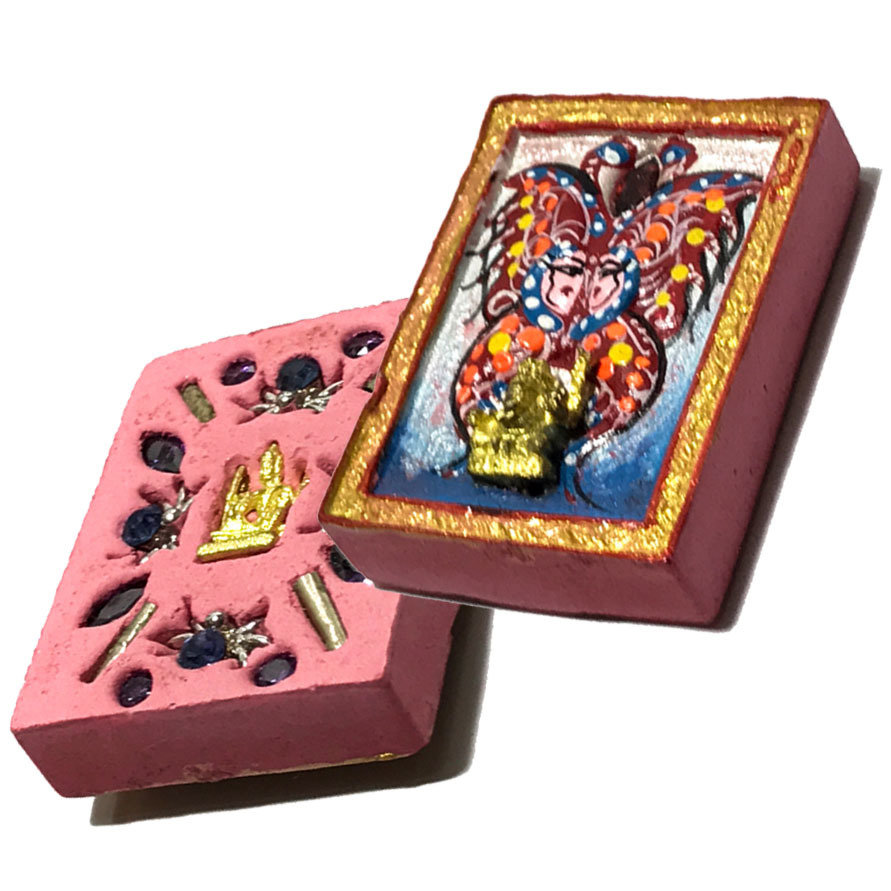 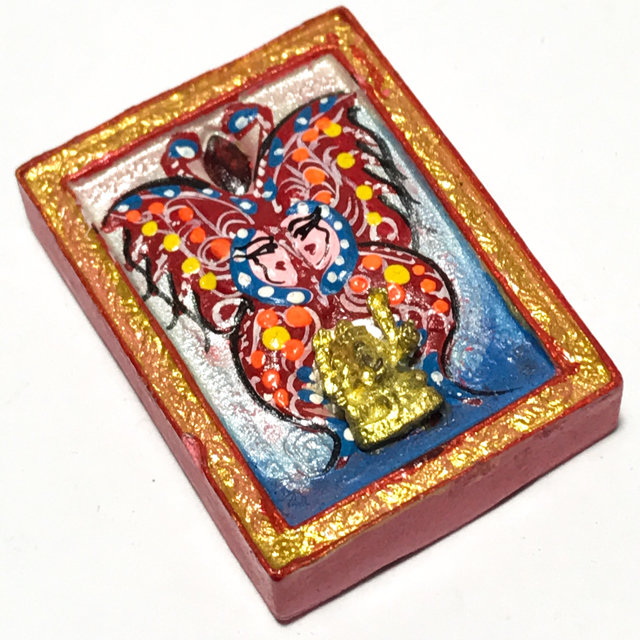 The front face of the amulet features the Butterfly King Taep Jamlaeng Pamorn, with one Gemstone, and a Loi Ongk Statuette of the God Ganesha (sometimes Brahma) inserted into the lower section of the amulet. 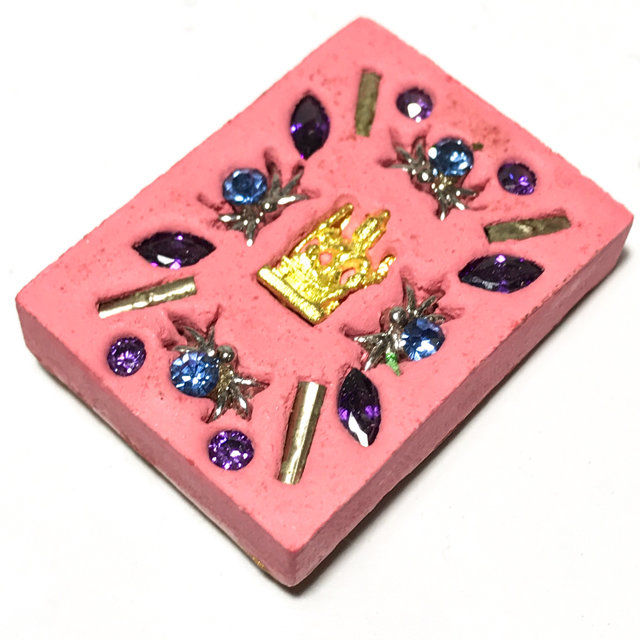 The rear face has 12 Gems, four of them being fixed within a spider shaped metallic enclosure and empowered as Money Spiders. Four 'Takrut Koon' to multiply riches are inserted in the four corners of the rear face. A Loi Ongk Statuette with the image of Brahma (sometimes Ganesha), is inserted into the center of the rear face, completing a Wicha full of Metta Maha Niyom, Maha Lap, Maha Pokasap, Klaew Klaad, Maha Sanaeh, Kaa Khaay, and Serm Duang Magic. 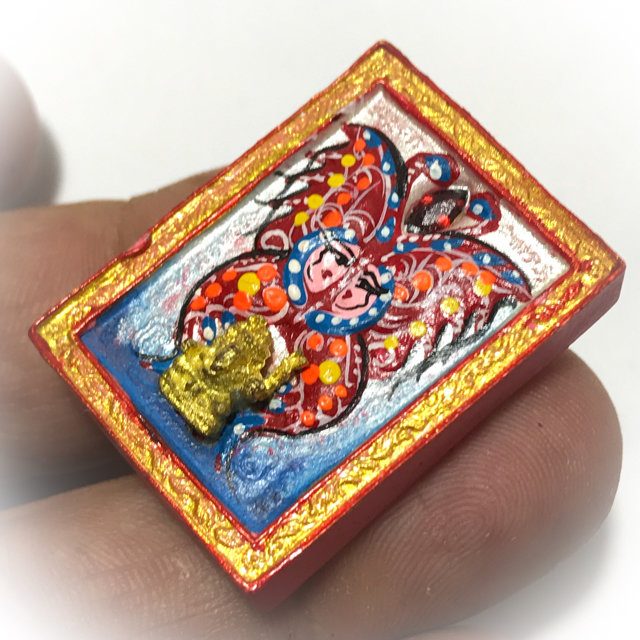 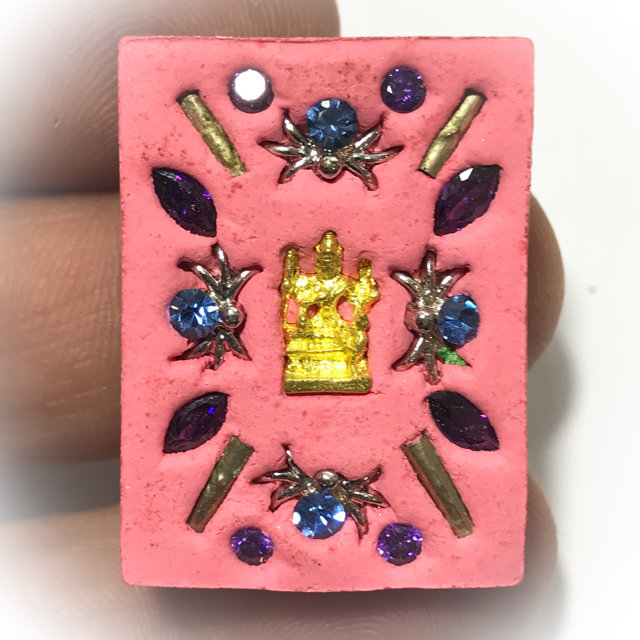 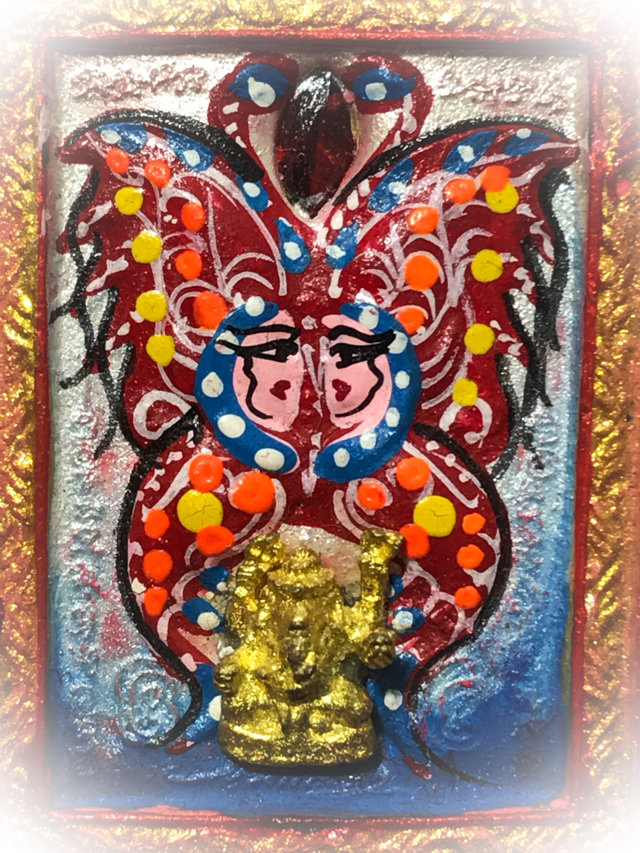 How to Pray to Ganesha 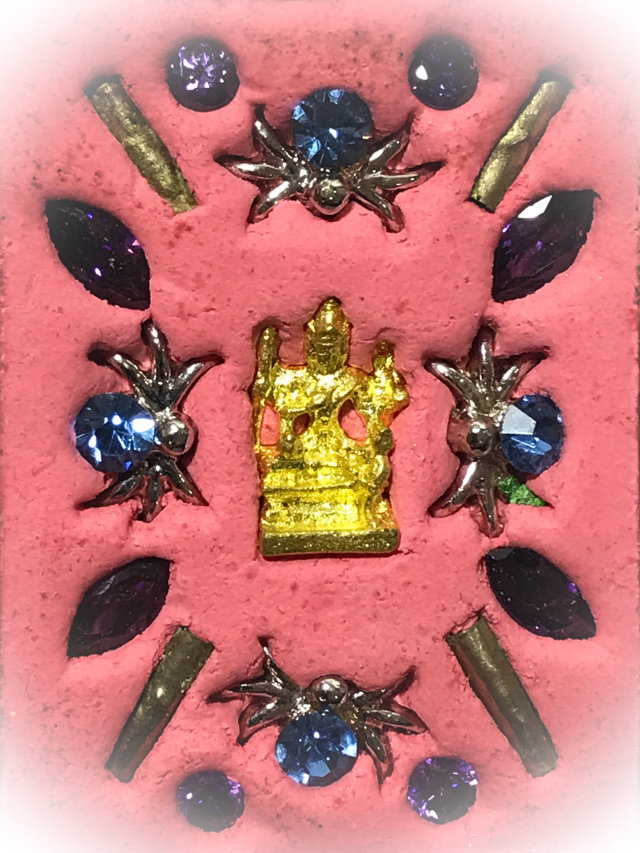 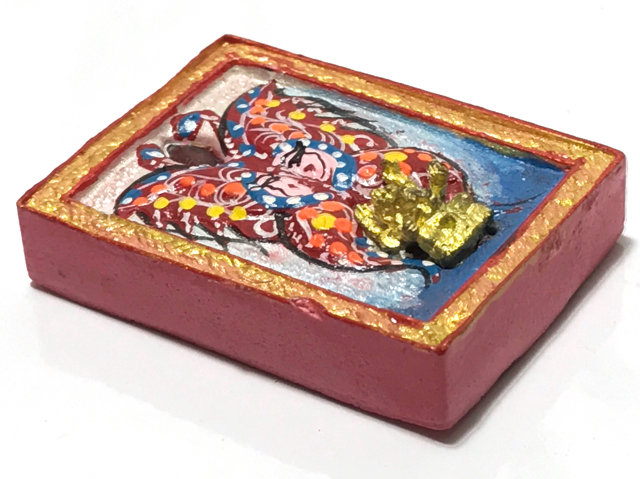 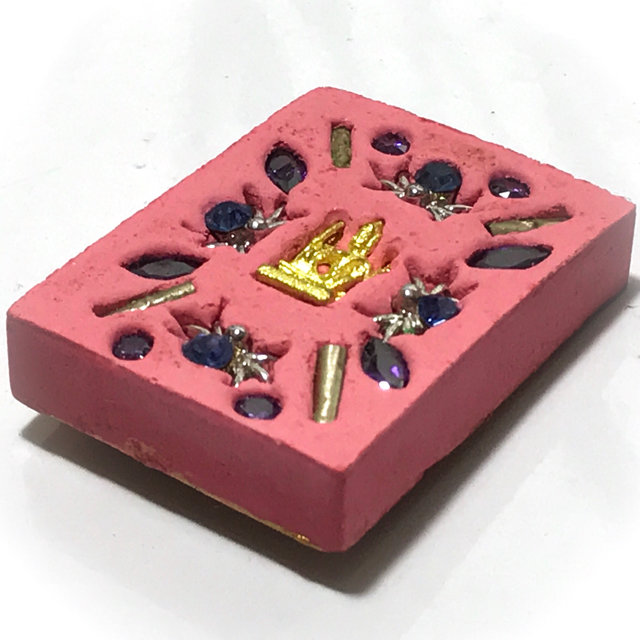 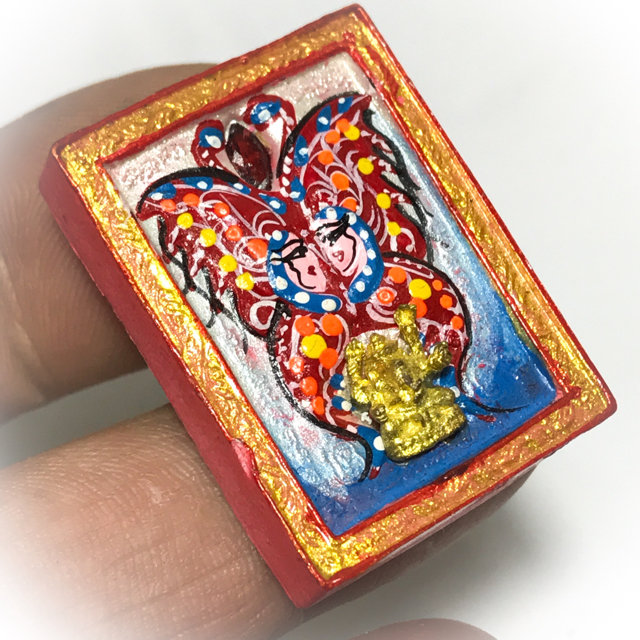 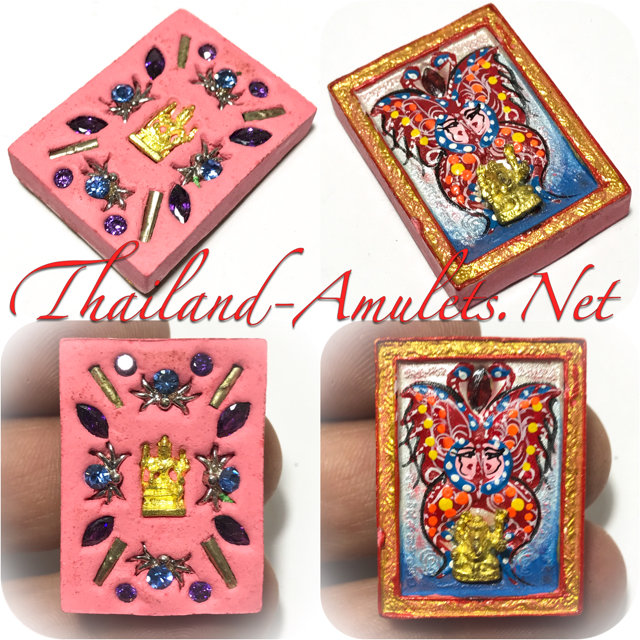