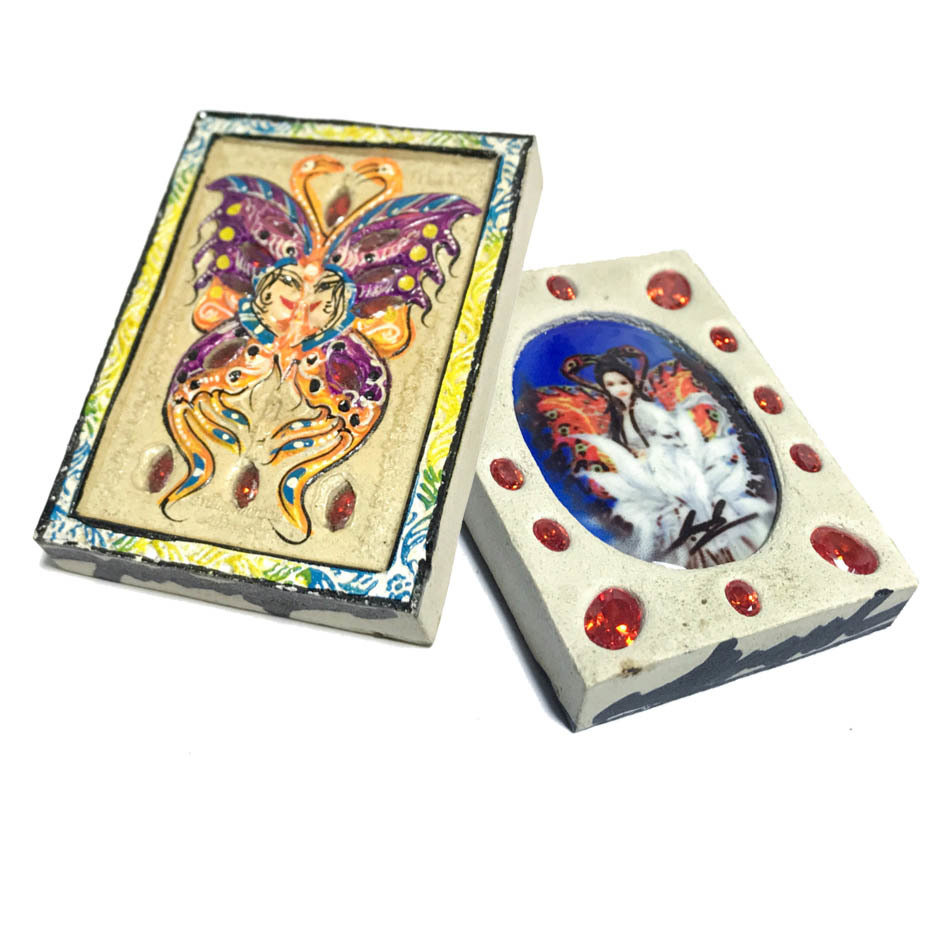 The Taep Jamlaeng Pim Yai 2555 BE series was blessed at the Samnak Songk Asrom Weluwan by Kroo Ba Krissana on the Sao Ha Lunar Saturday, which coincided with the Wan Chadtr Mongkol, and the Full Moon, as well as Being a Buddhist Religious Day, 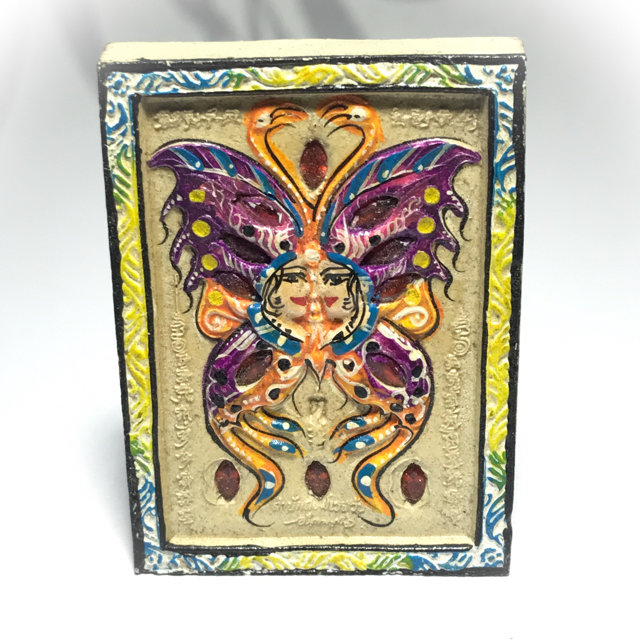 In this most auspicious occasion, Kroo Ba sat and entered meditative state, and performed a long session of empowerment, and Wai Kroo Ceremony. This particular exhibit is made from Nuea Pong Wan Kammathan and has a Hand Painted Taep Jamlaeng Butterfly King on the front face, with 12 Ploi Sek Maha Pokasap Gems inserted into the wings and around the Butterfly King. The rear face has a further 12 Gemstones inserted around a Nang Jing Jork Gao Hang Nine Tailed Fox Prai Deva Locket. 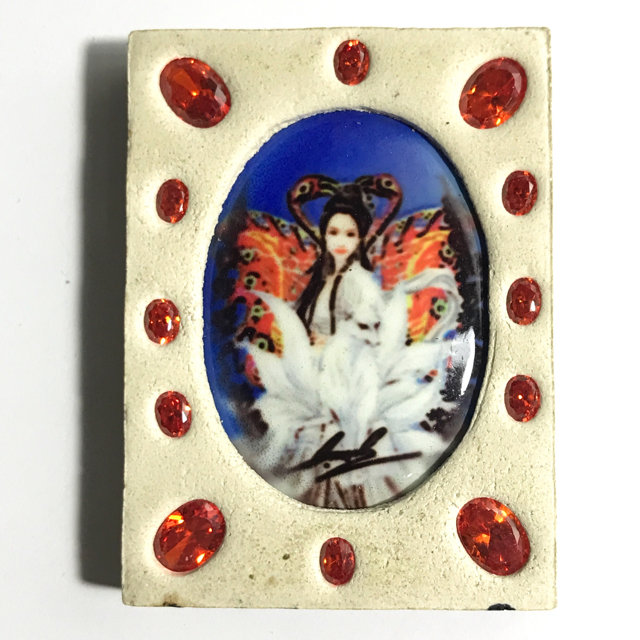 Only 380 Amulets were made in all in this series. This Pim Yai measures 3.8 x 5 Cm, and was made with with both oval and square shaped lockets used in the rear face. Kroo Ba Krissana inscribed each individual amulet with black ink insignia on the bottom edge of the amulet.

This amulet is long since depleted at the temple of Kroo Ba, and is highly sought after for the auspicious multiple astrological alignments which assited in increasing the sacredness and miraculous powers of the amulet. 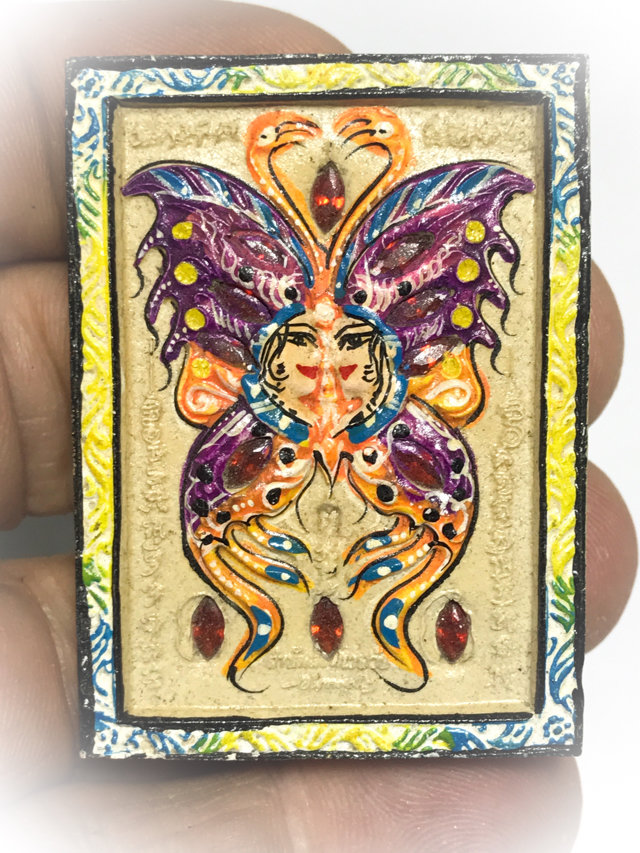 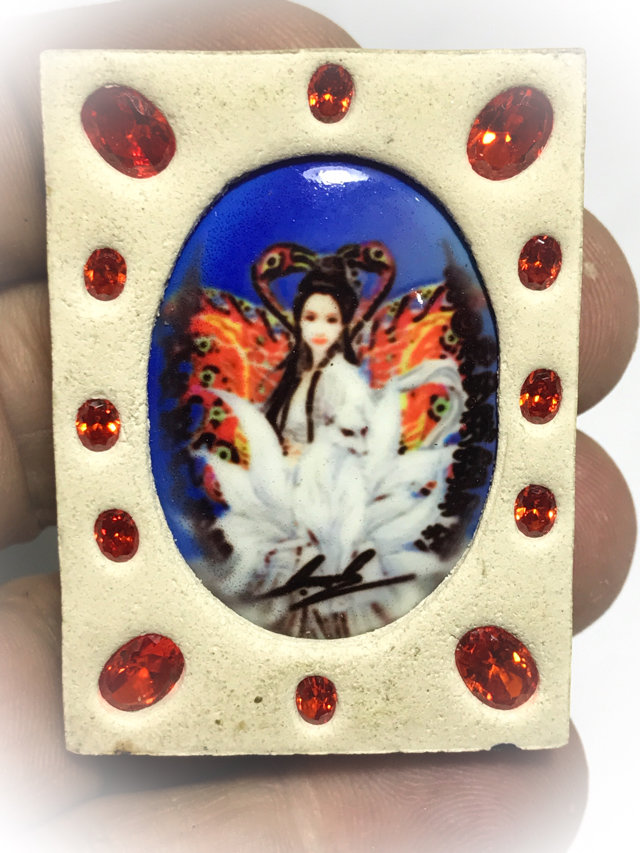 The Nine Tailed Fox is a Legendary Demon, known in Indian, Koran, Chinese, Thai and Japanese Spiritual Cosmology, legend and Myths. The nine-tailed fox (Chinese and Japanese: 九尾狐; pinyin: Jiǔwěihú; Korean: 구미호) is a mythological creature species that was depicted in the Nanshan jing, Haiwaidong jing and Dahuangdong jing of Shan Hai Jing as having the voice of a human infant. 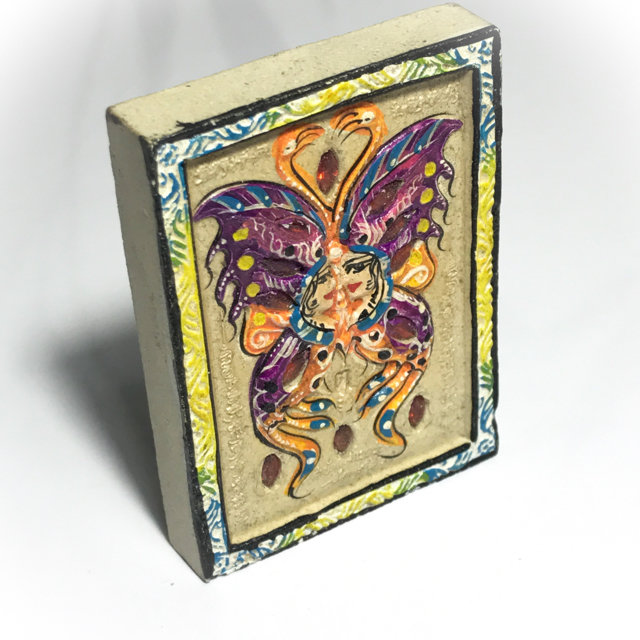 It can be eaten by humans, and those who eat it can be protected from evil. Later in history books like Book of Zhou and story collections like Extensive Records of the Taiping Era, the nine-tailed fox was depicted as a beast of fortune. Sent by the heavens, the nine-tailed fox was seen as a sign of fortune, peace and luck. In the Han dynasty, it is the protector of royal blood.

However, it can also represent an omen of revolution when the emperor is not good. It is said that the Nine Tailed Jing Jork was born from a Demon who had practiced Austerities for so many Centuries, and who would grow a Tail every one hundred years, until the Demon would attain nine tails, which would then bestow immense Magical Powers upon the Demon. 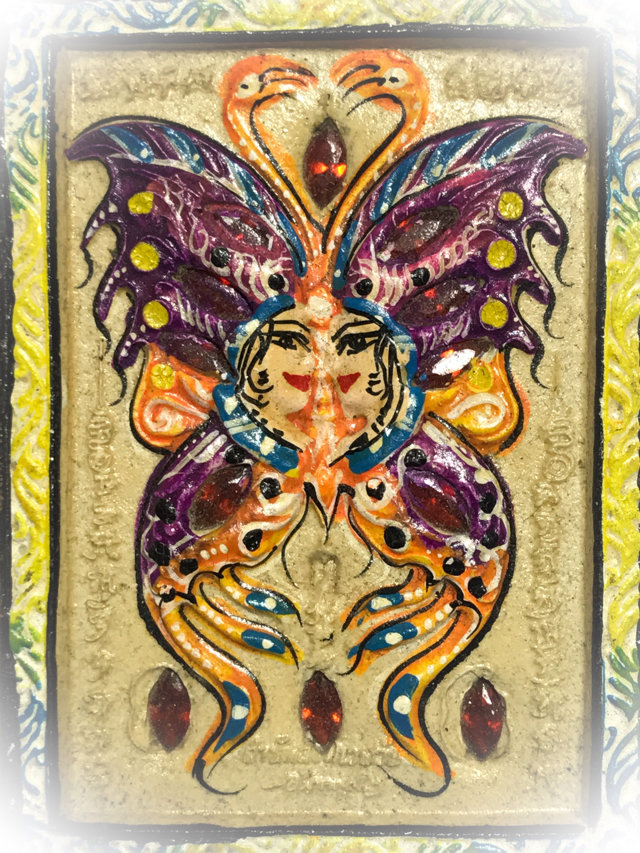 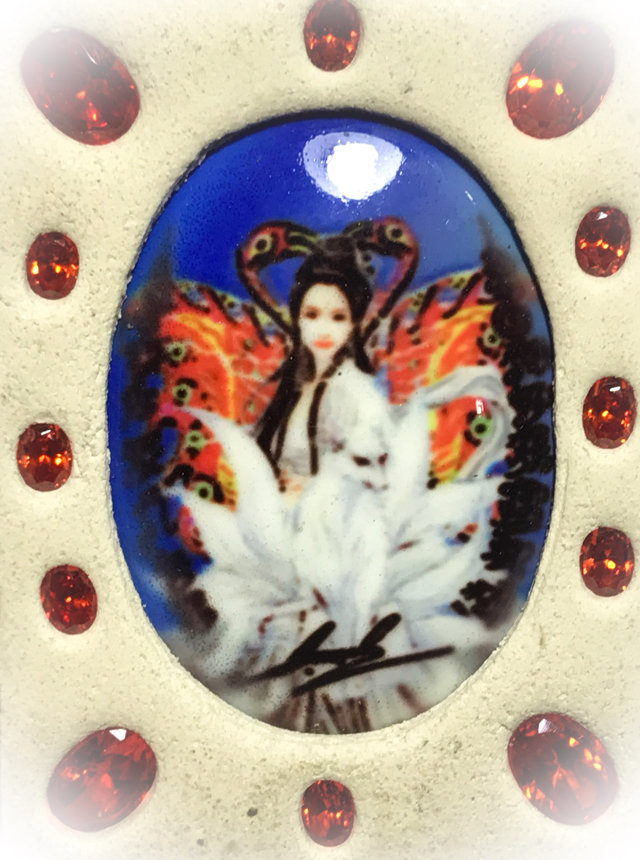 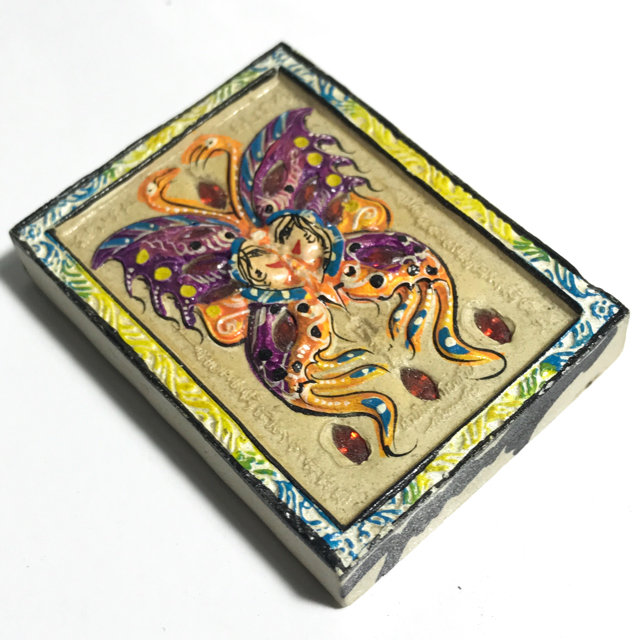 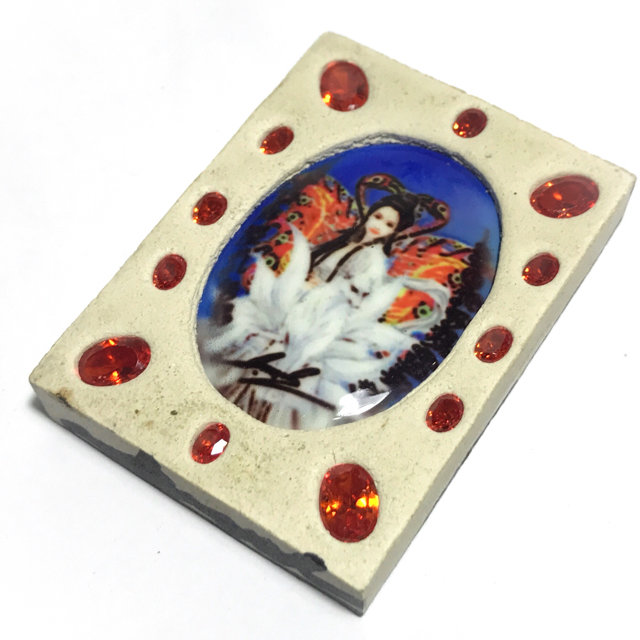 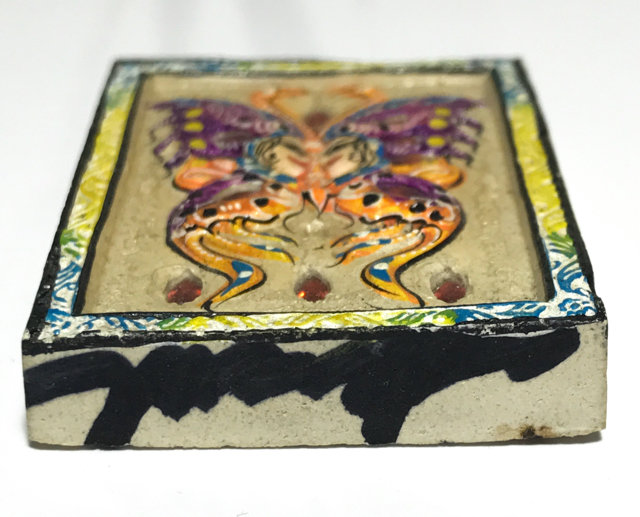 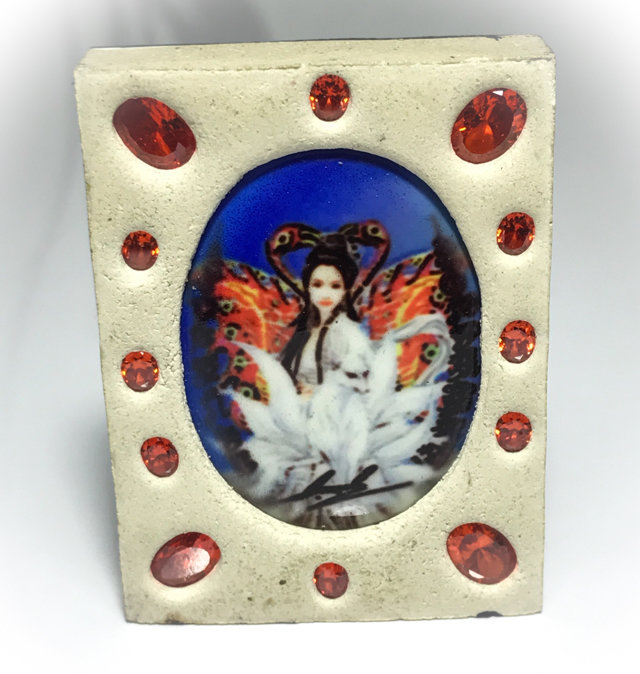 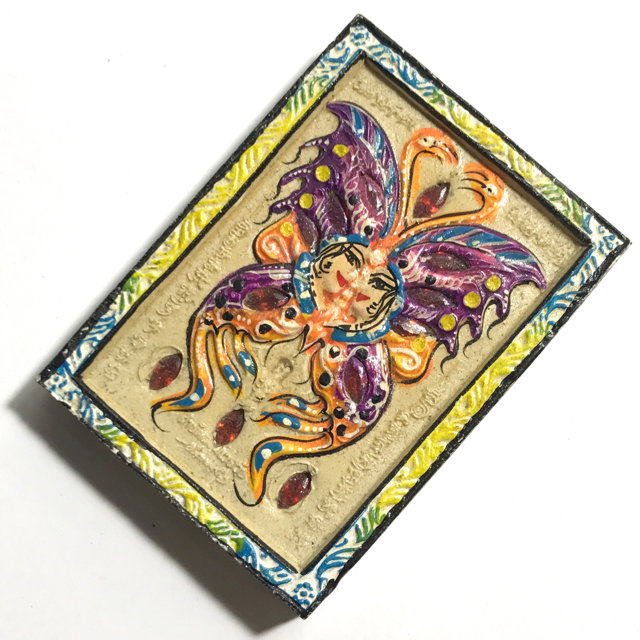 The post 2555 BE editions happily provide adequate availability for the increased numbers of foreign and Thai devotees, to have a chance receive Kru Ba's blessings and wear one of his beautifully designed originally painted amulets, as the early editions like these, become ever more impossible to encounter available anywhere. But ever fewer devotees will have the chance to own an amulet from these early editions, which were given extreme personal attention, with much more limited numbers made than recent editions, and the most diligent empowerment sessions of all, are found in the early era signature amulets. 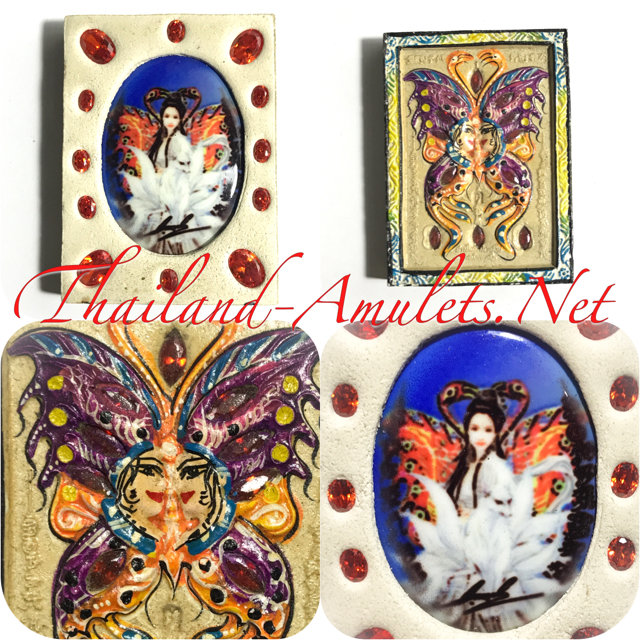