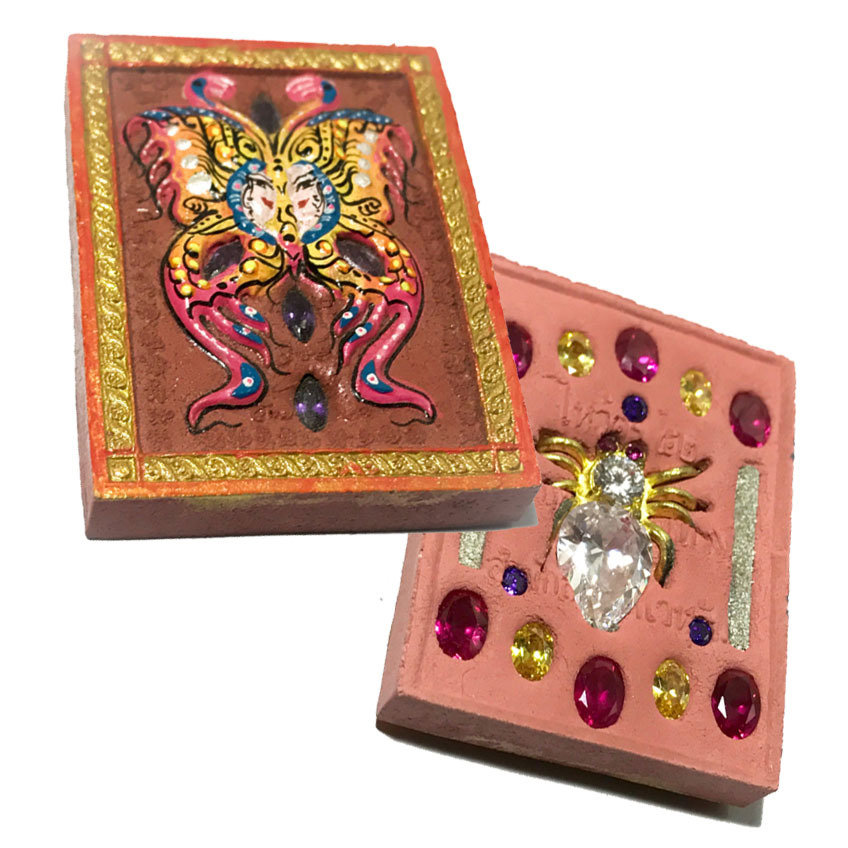 This very special large (Pim Yai) Ongk Kroo Pised Masterpiece version amulet from Kroo Ba Krissana, were released in the 2552 BE Wai Kroo Ceremony of Kroo Ba Krissana Intawano at the Samnak Songk Weluwan. The amulets were made in two different kinds of powder; Nuea Chompoo (pink) and Nuea Khaw (white). The amulet is encrusted with Magical Inserts, with Money Spider, 2 Takrut Ngern (silver), and 22 Large and Small Ploi Sek Maha Pokasap Gemstones (4 used to embed within the Money Spider). 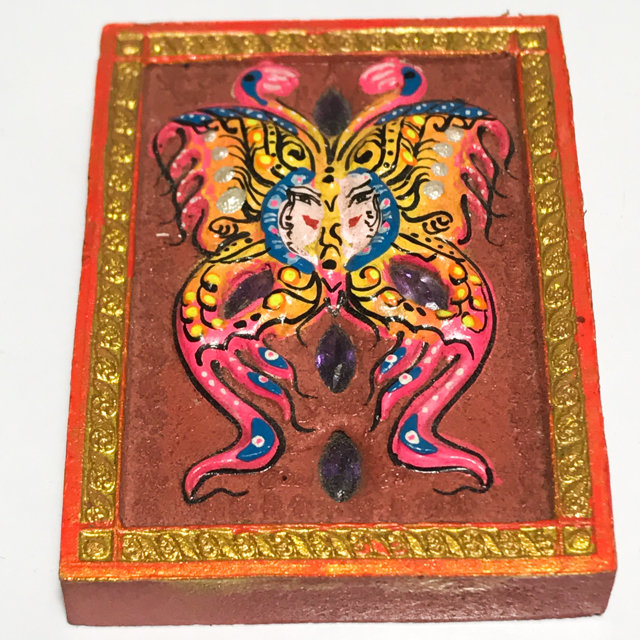 Only 50 of each colour were made (total of 100 amulets in both colours), making this an extreme essential rarity for serious devotees and collectors of the finer models of amulets of Kroo Ba Krissana. The amulet is large size Pim Yai measuring 4 x 5 Cm. The front face of the amulet features the Butterfly King Taep Jamlaeng Pamorn, with 5 Pokasap Gemstones inserted. 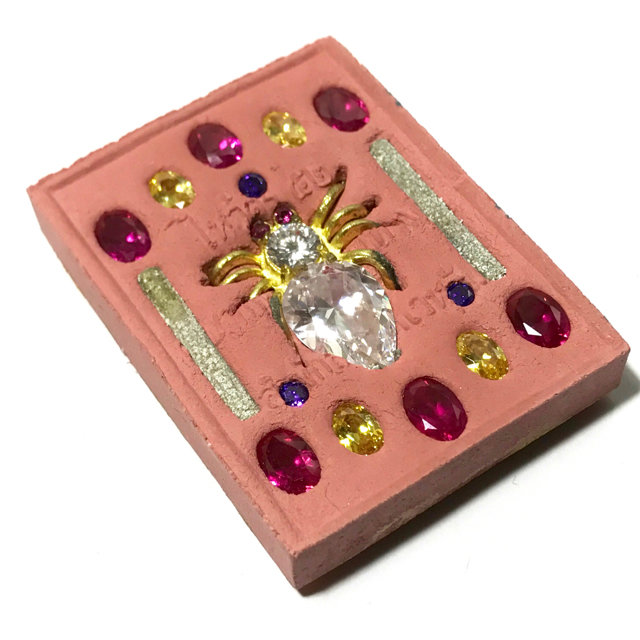 The rear face has 17 Gems, Four of them being fixed within a spider shaped metallic enclosure in the center of the amulet, and empowered as Money Spider. Two silver 'Takrut Ngern' to multiply riches are inserted in the four corners of the rear face. The Treasure Seeking Money Spider, is inserted into the center of the rear face to compliment the Maha Sanaeh Attraction of the Taep Jamlaeng Butterfly King on the front face, completing a Wicha full of Metta Maha Niyom, Maha Lap, Maha Pokasap, Maha Sanaeh, Kaa Khaay Jerajaa Magic. 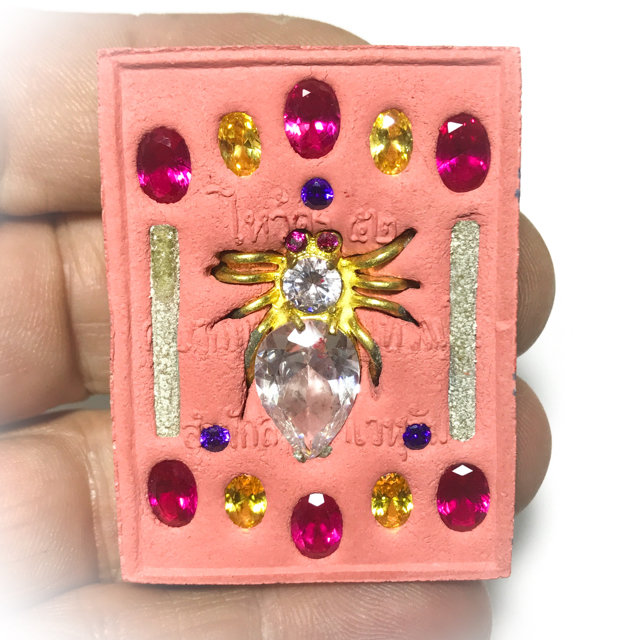 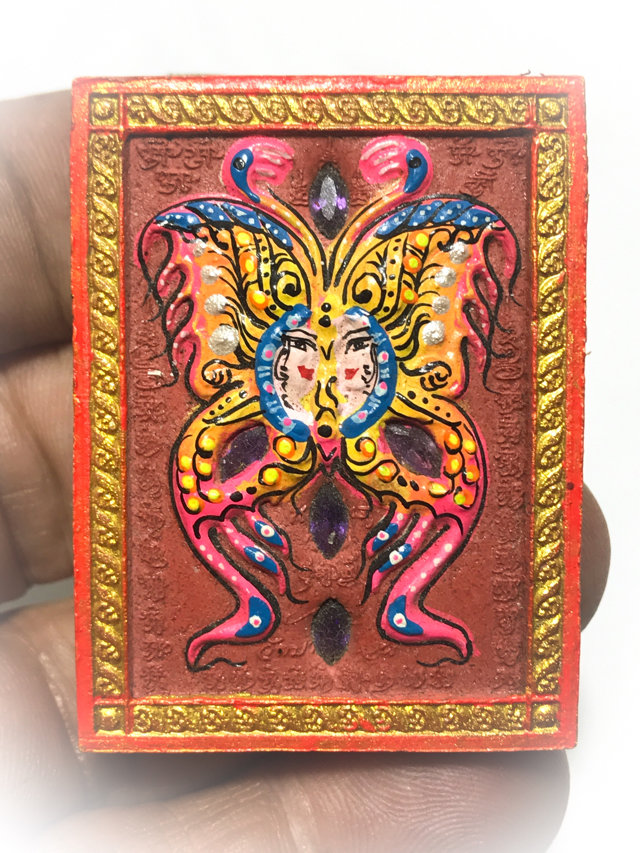 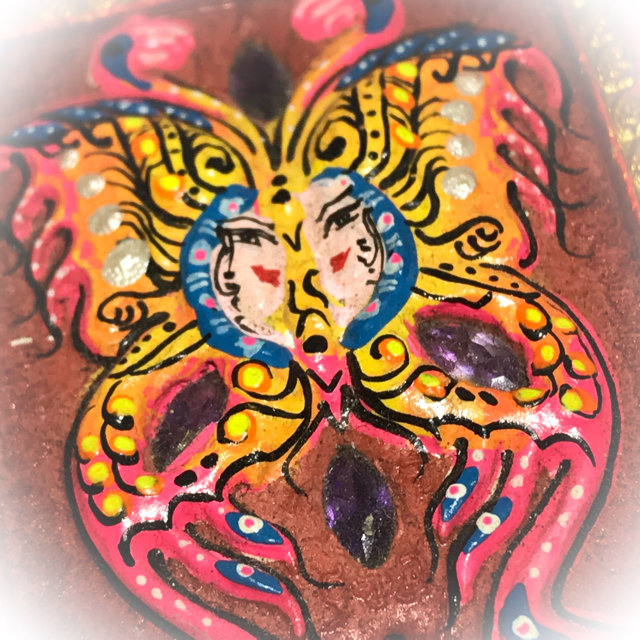 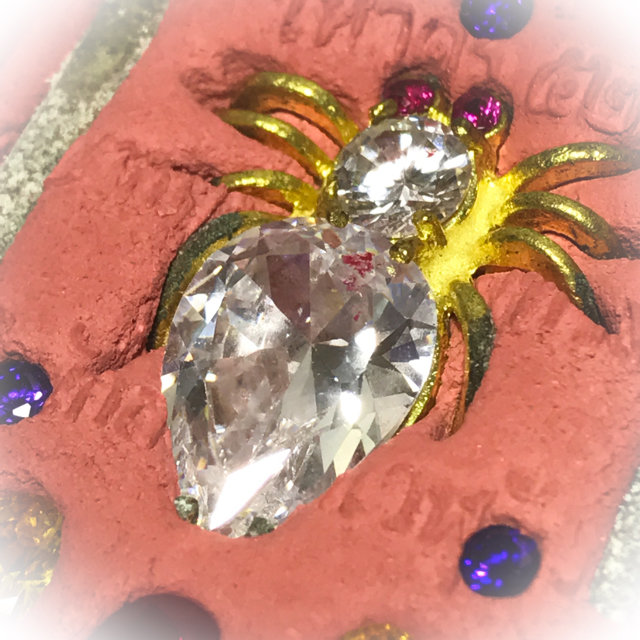 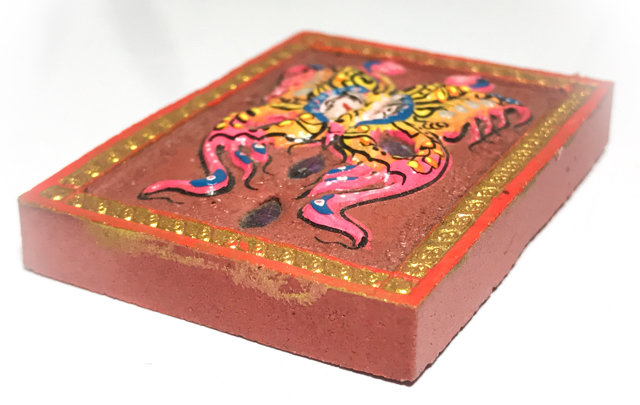 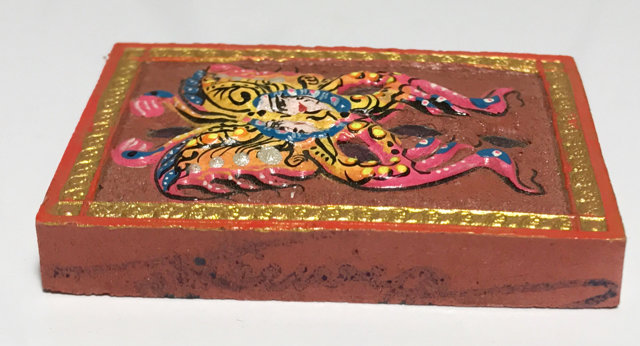 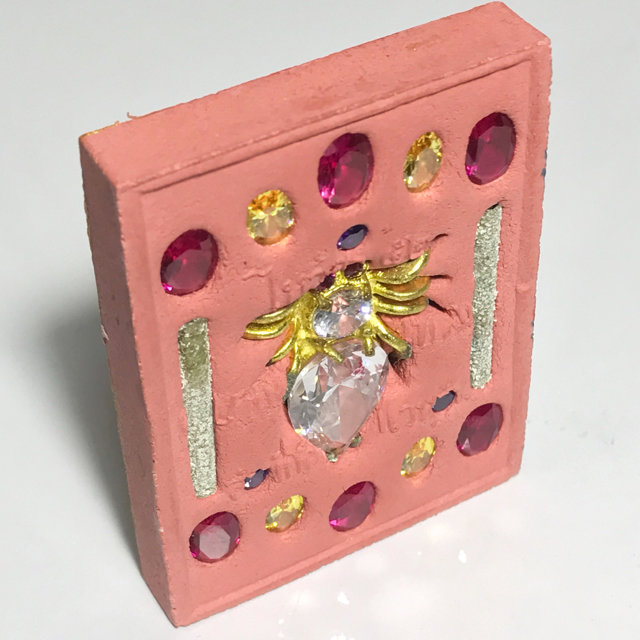 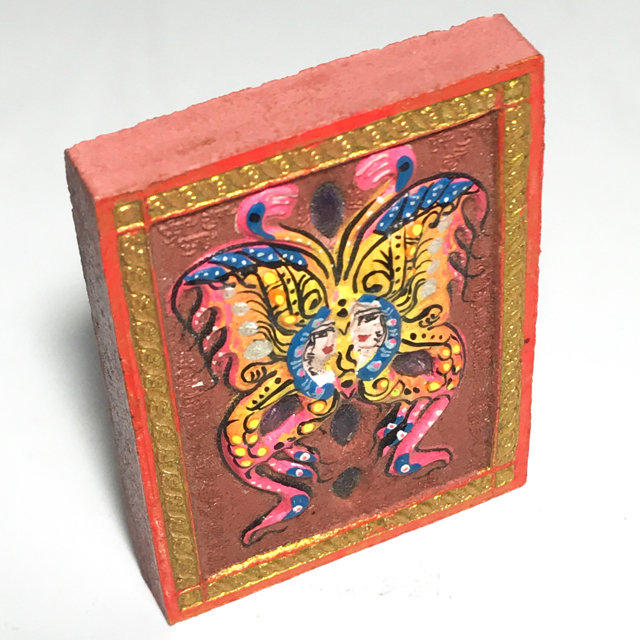 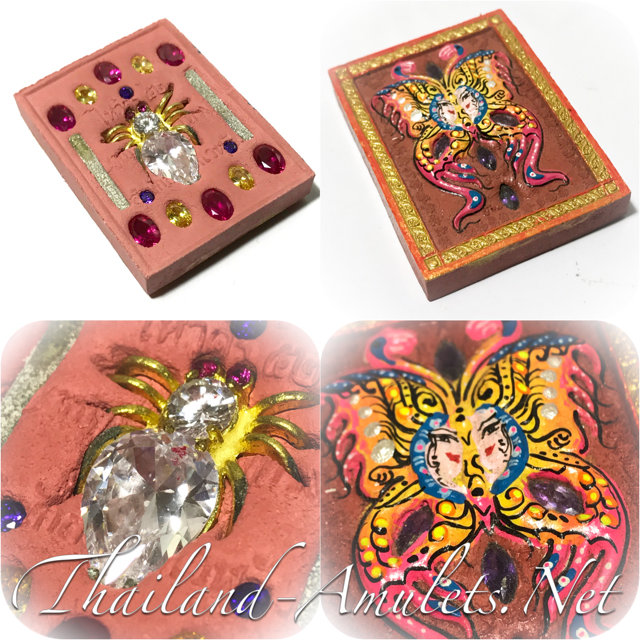