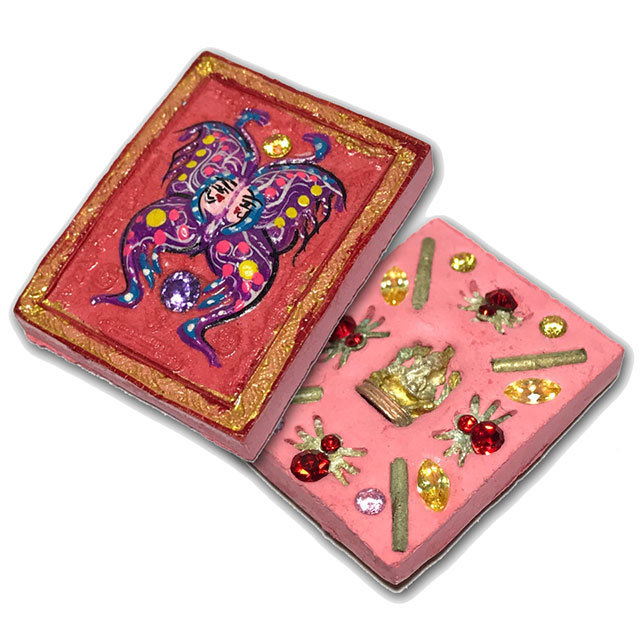 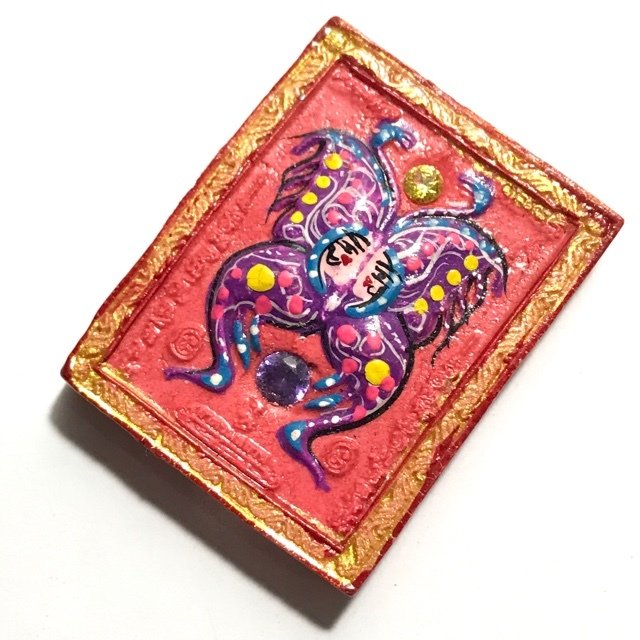 The series was released in limited edition of 300 amulets of each type of sacred powder in Pim Lek the 2556 BE New Year Celebration Ceremony to invite auspicious Blessings, at the Samnak Songk Weluwan. 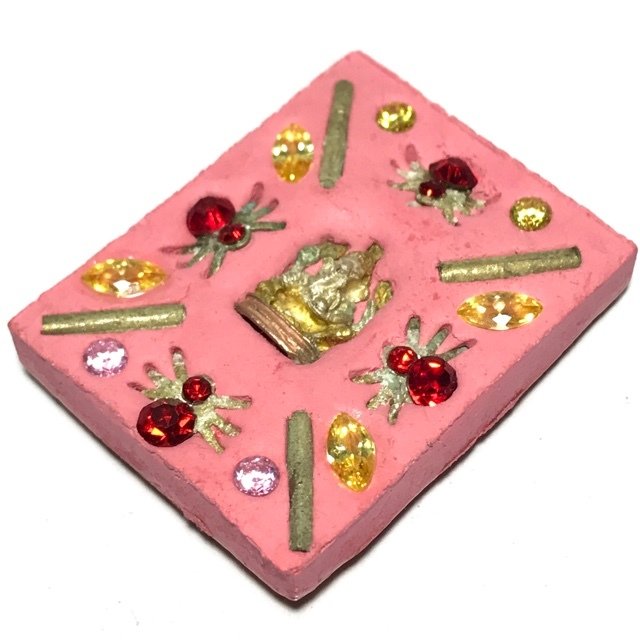 The rear face has 12 further Large size Ploi Sek Maha Pokasap Enchanted Gemstones inserted, along with four silver Takrut Koon for Multiplication of Wealth and Treasures, and a Loi Ongk Statuette of the Elephant Head God Ganesha, inserted into the center of the rear face. 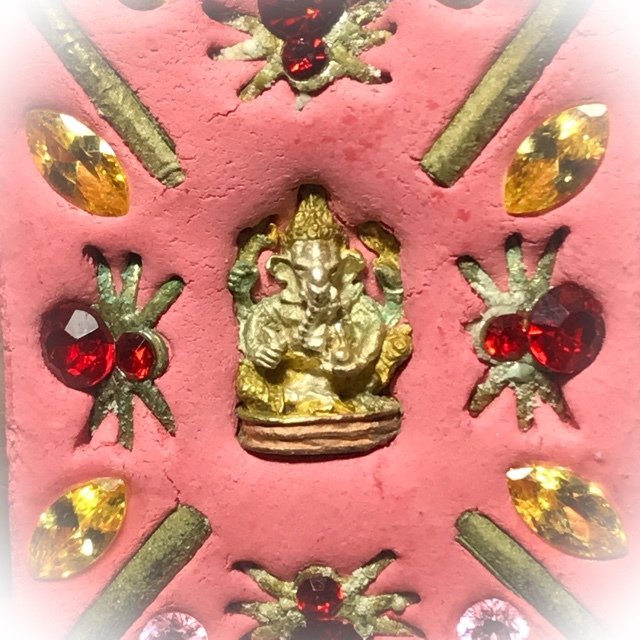 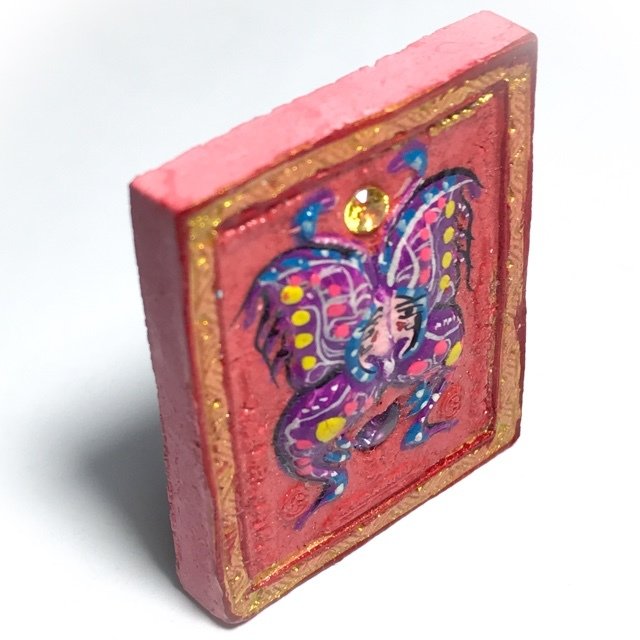 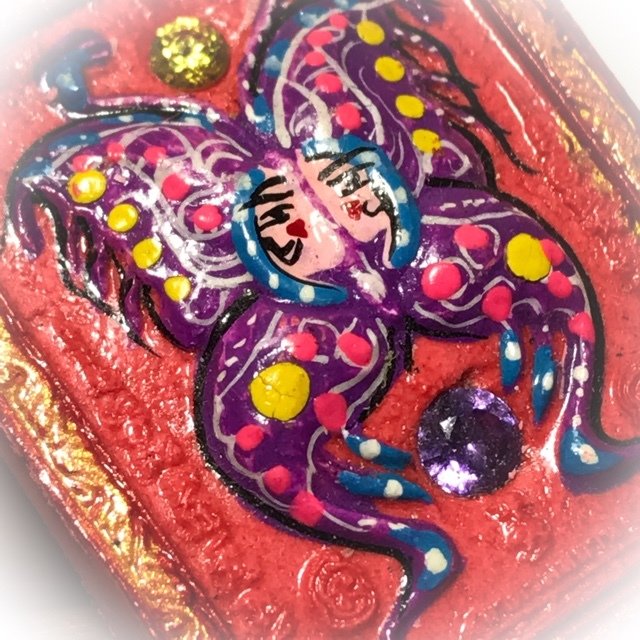 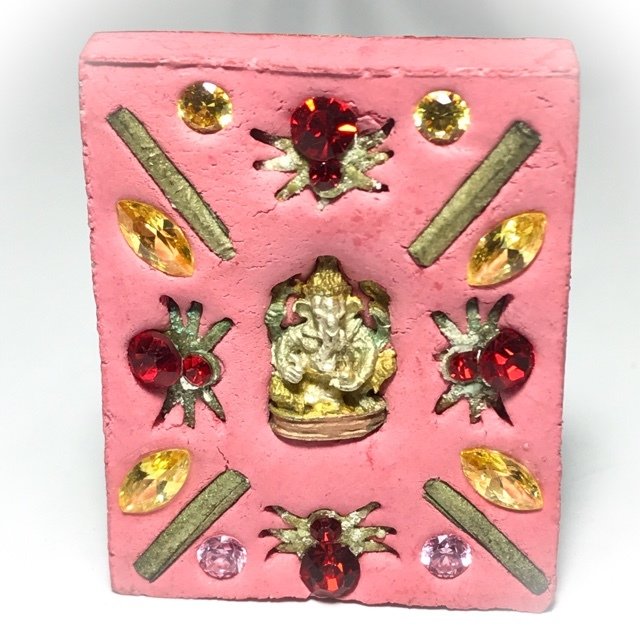 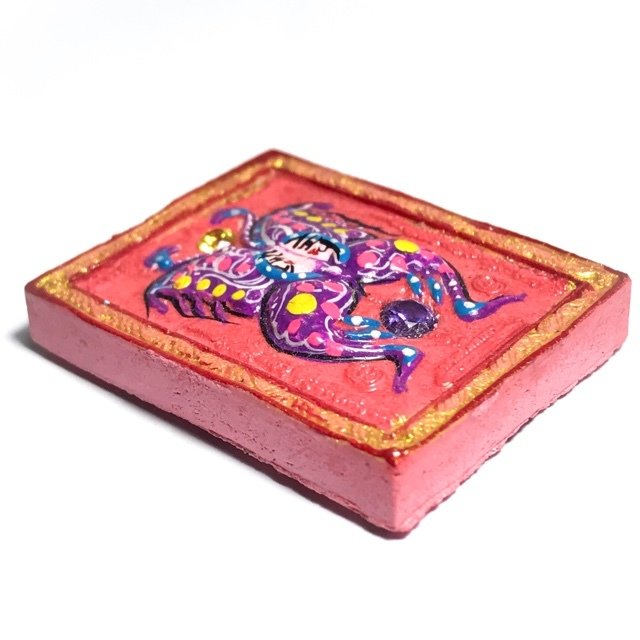 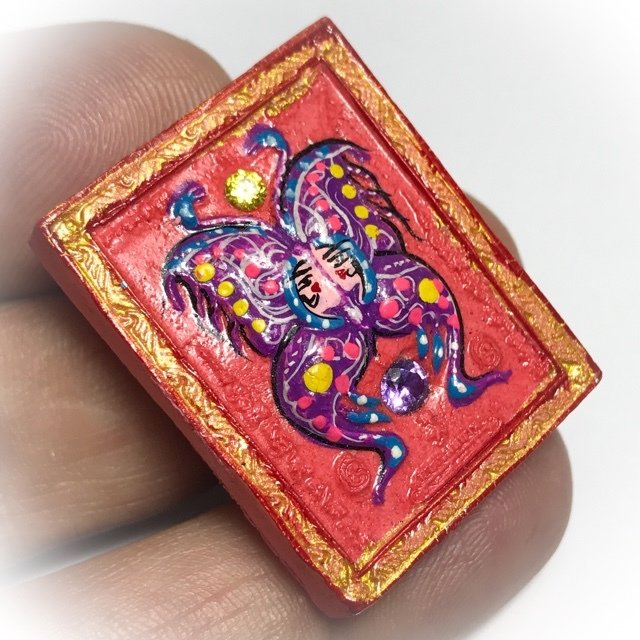 How to Pray to Pra Pikanes 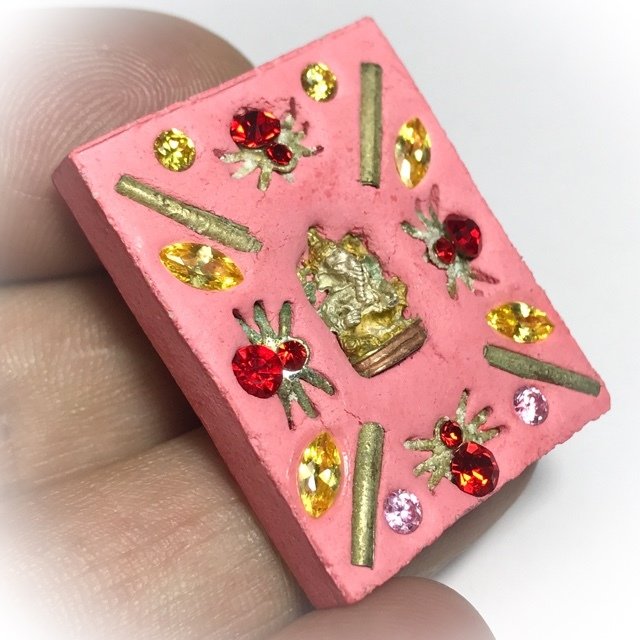 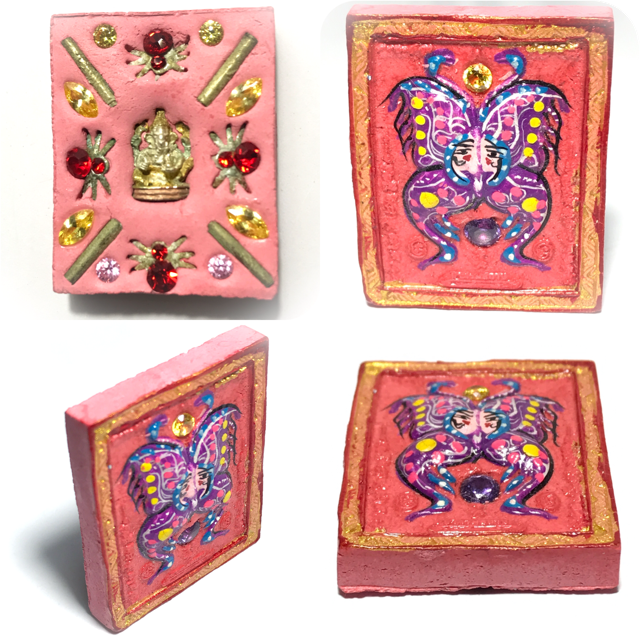