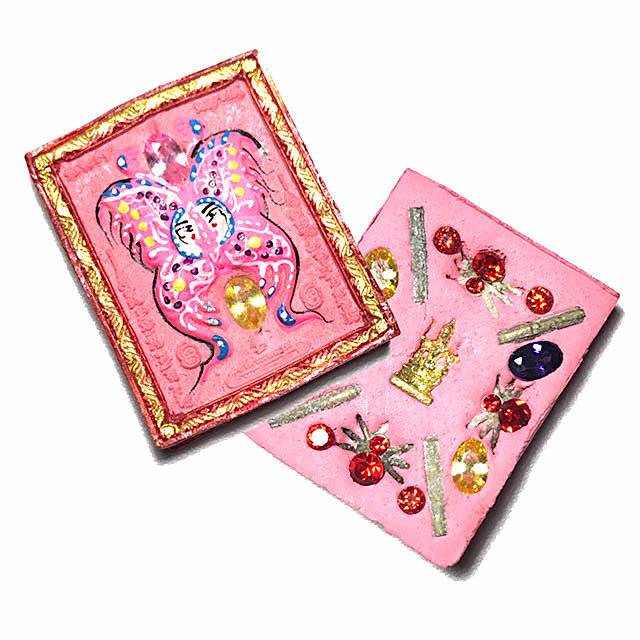 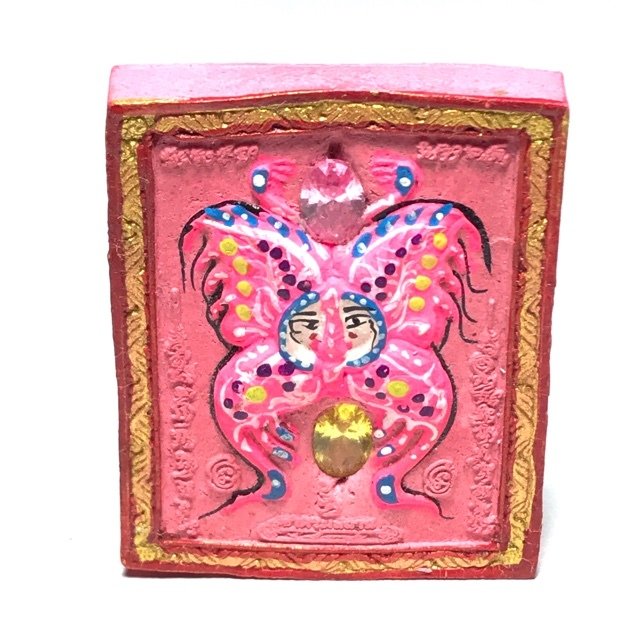 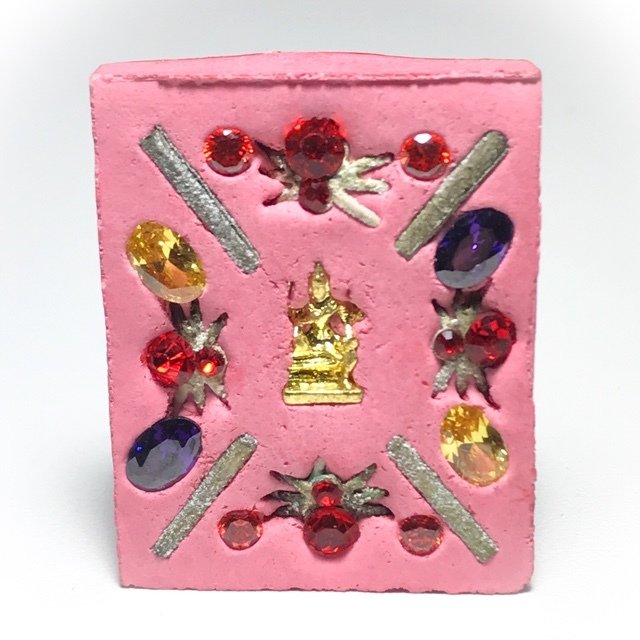 The rear face has 12 further Large size Ploi Sek Maha Pokasap Enchanted Gemstones inserted, along with four silver Takrut Koon for Multiplication of Wealth and Treasures, and a Loi Ongk Statuette of the God Brahma, inserted into the center of the rear face. 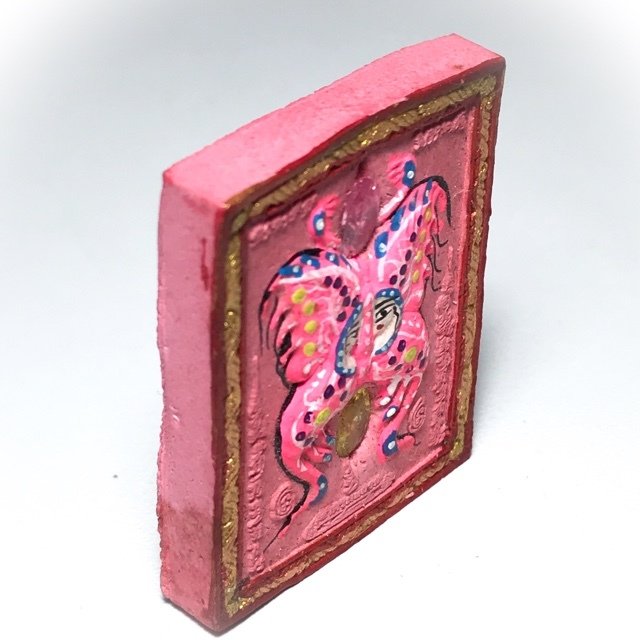 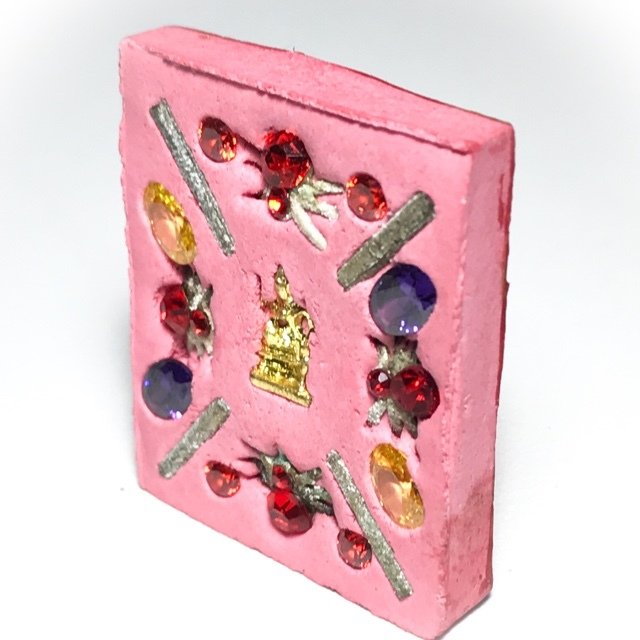 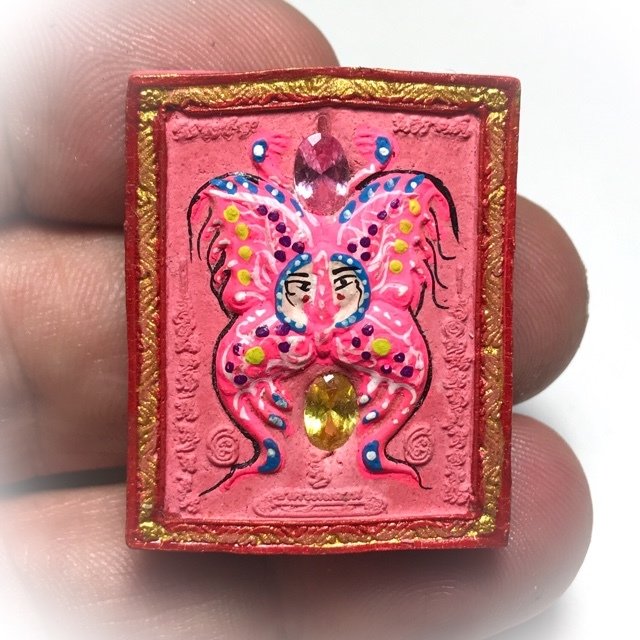 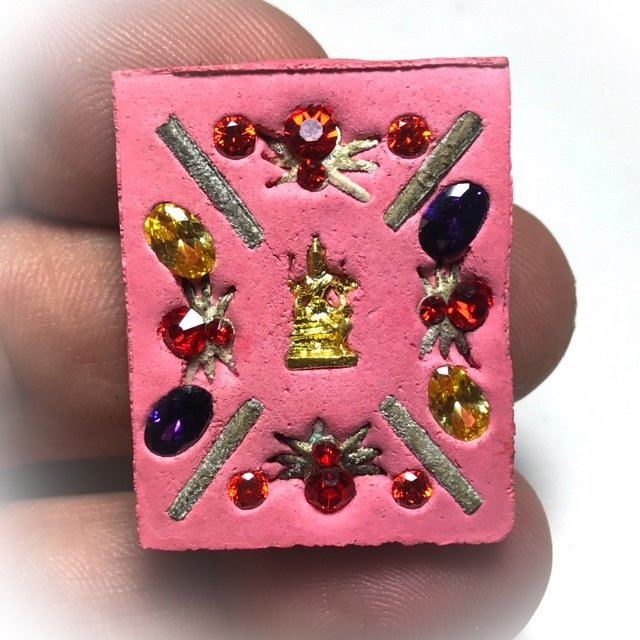 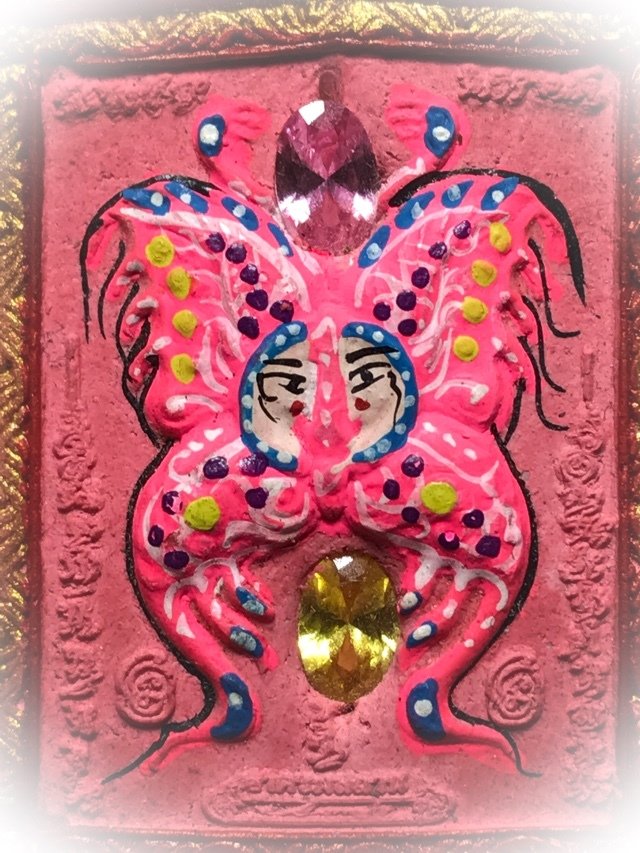 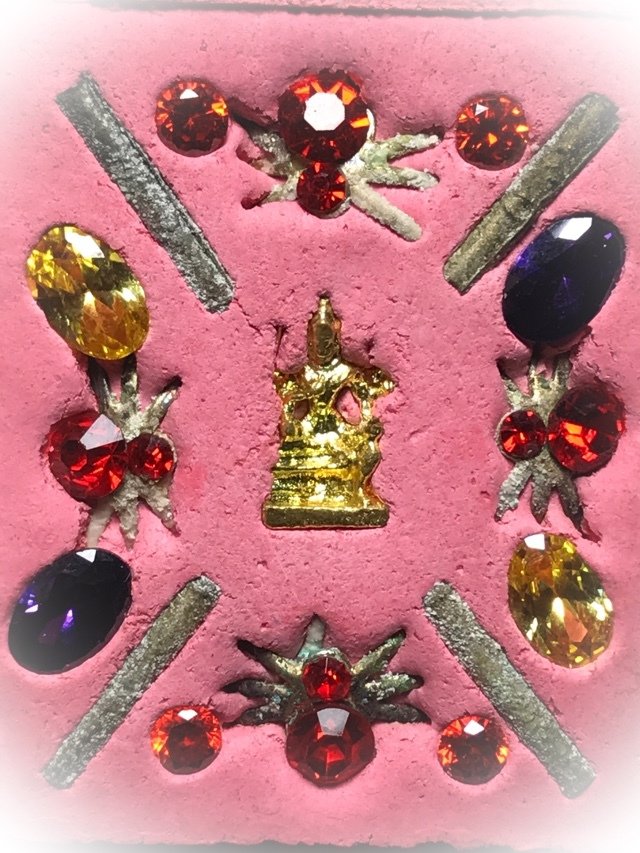 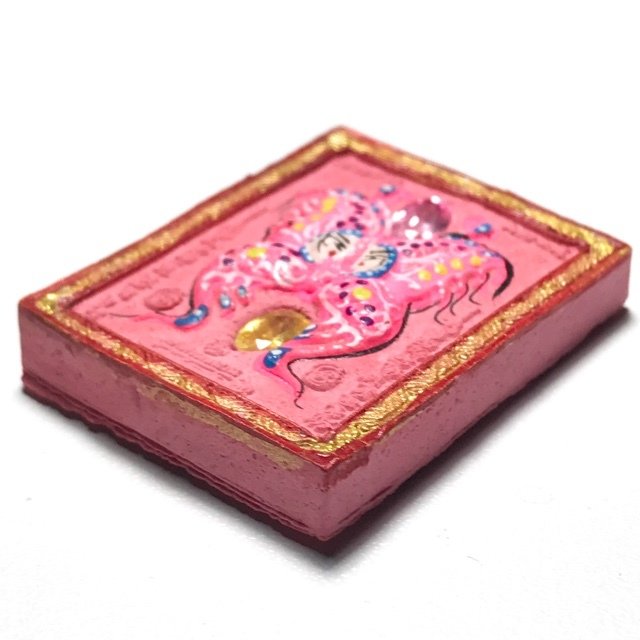 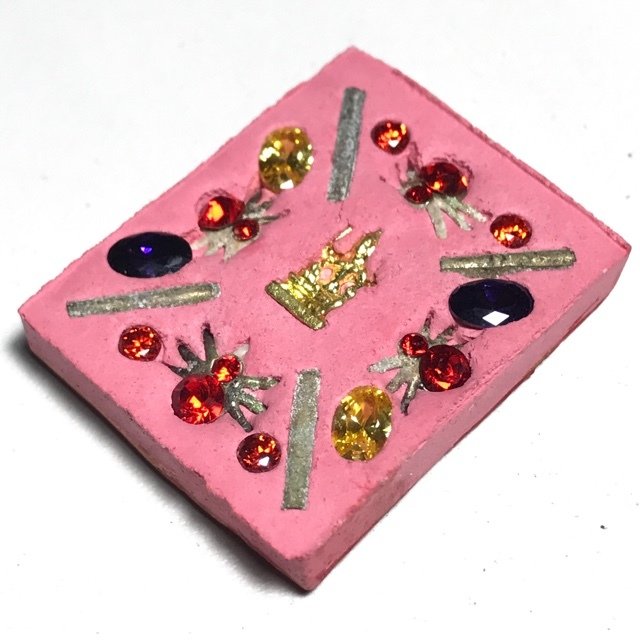 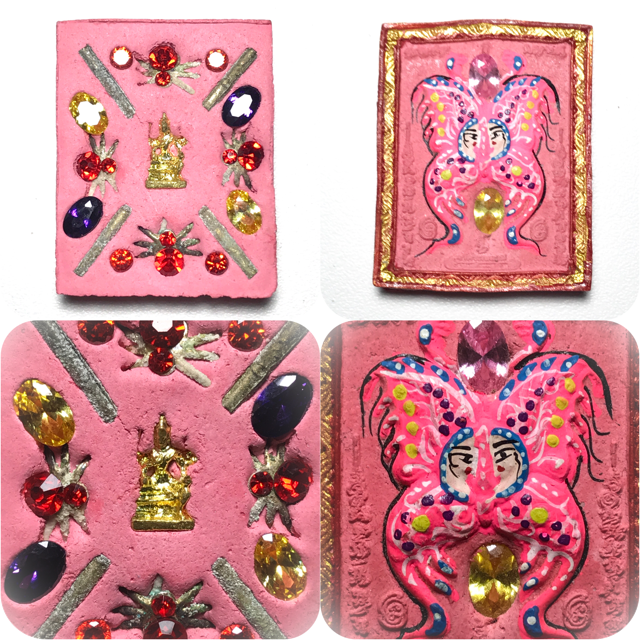