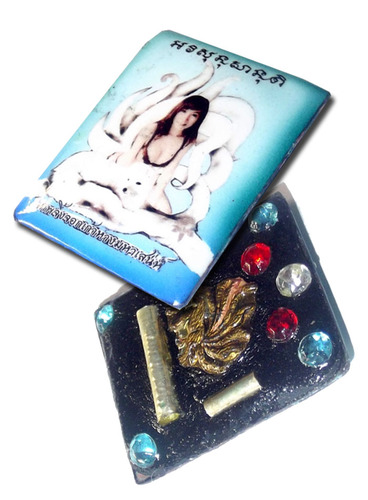 Nine Tails Fox Demoness Enchantress Locket 'Pim Lek' (small version) with powerful aromatic Maha Sanaeh Sacred Powders, Gemstones, 3 silver Takrut, and one Nine Tails Fox amulet inserted in the rear face. Empowered using the Wicha Maha Sanaeh Montra Sa-Or Yer Niang for which Luang Por Khern has become so Famed for. Luang Por Khern is one of the Seven great Masters of Maha Sanaeh, who are considered to be the Present Day Master Wicha Holders for Maha Sanaeh type amulets, with powerful aromatic ingredients sacred powders and semi precious gems, and Takrut spells, with such individual and empowering factors as the double 9 Tails Fox invocation using the locket and a metallic loi ongk insert in the rear face to give true shape and form to the Mind of the Demoness, empowering the amulets using the Four Elements Invocation and the Incantation to instill the 32 aspects of a Living Being. 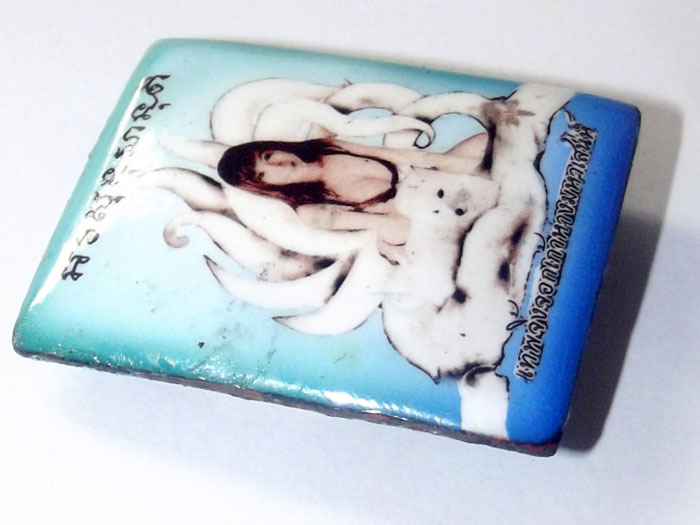 The Rear face has a Nine Tailed Fox amulet, which was separately empowered along with the other individual inserted items; 2 Takrut Maha Sanaeh, 1 Takrut Maha Lap, 7 Blessed Gems.The items were then all blessed and invoked with the Nine Tails Fox using the Khmer Master Wicha of Sa-Or Yer Niang, which Luang Por Khern has become the Present Master of. 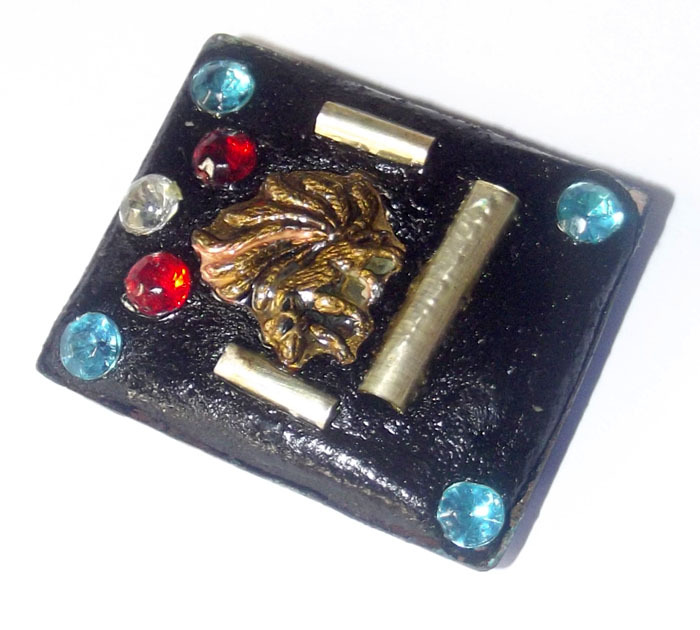 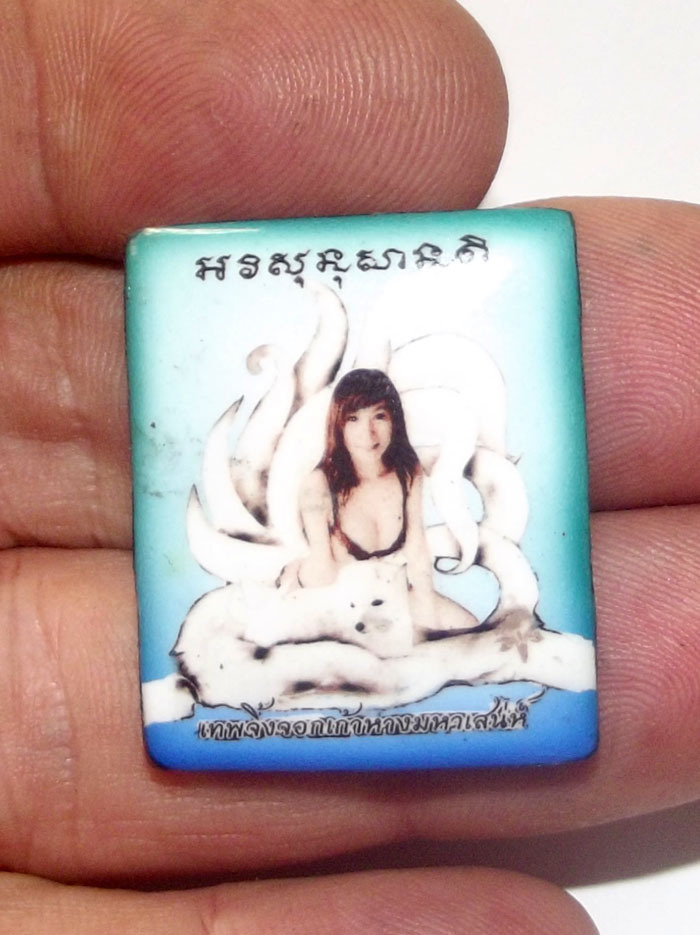 The Nine Tails Fox is an Impeccable Defense against Black Magic with her Hian prai Psychic Powers and here Willingness to make Displays of her Powers. This is One reason why this Prai Deva is considered so effective, because she is so 'Hian' (in Psychic Fury), that she will need little coaxing to teach a lesson to anyone who sends any evil eye magic, curses or Spirit assistants to Harm You. Sent by the heavens, the nine-tailed fox was seen as a sign of fortune, peace and luck. In the Han dynasty, it is the protector of royal blood. The Nine Tailed Fox is able to enter and possess others, and is able to change its shape and form, a Master of Illusion. Its ability to attract the other sex and seduce them into the bed has gained Legendary status in all Cultures where stories of its existence have arisen. 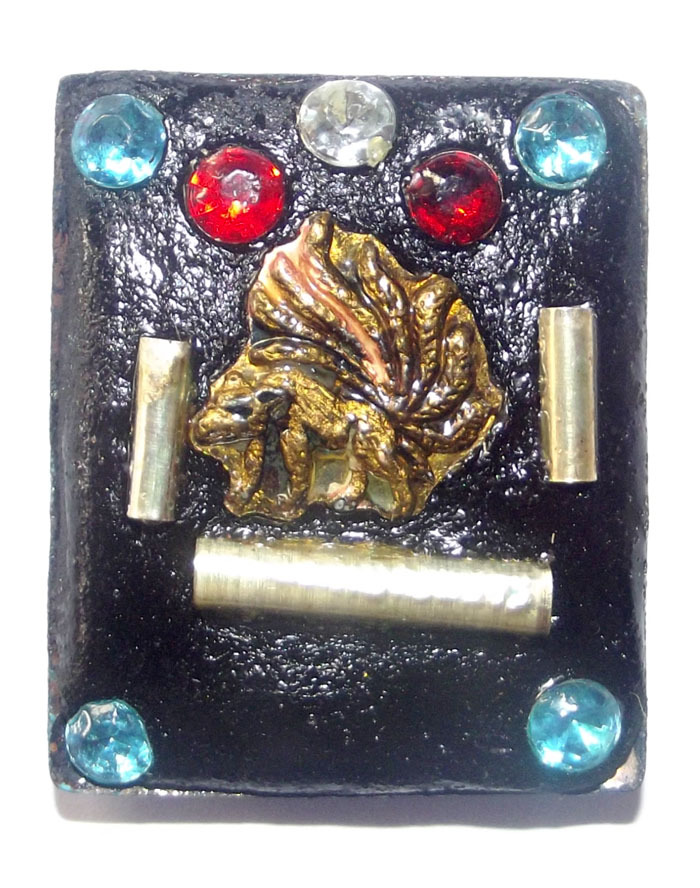 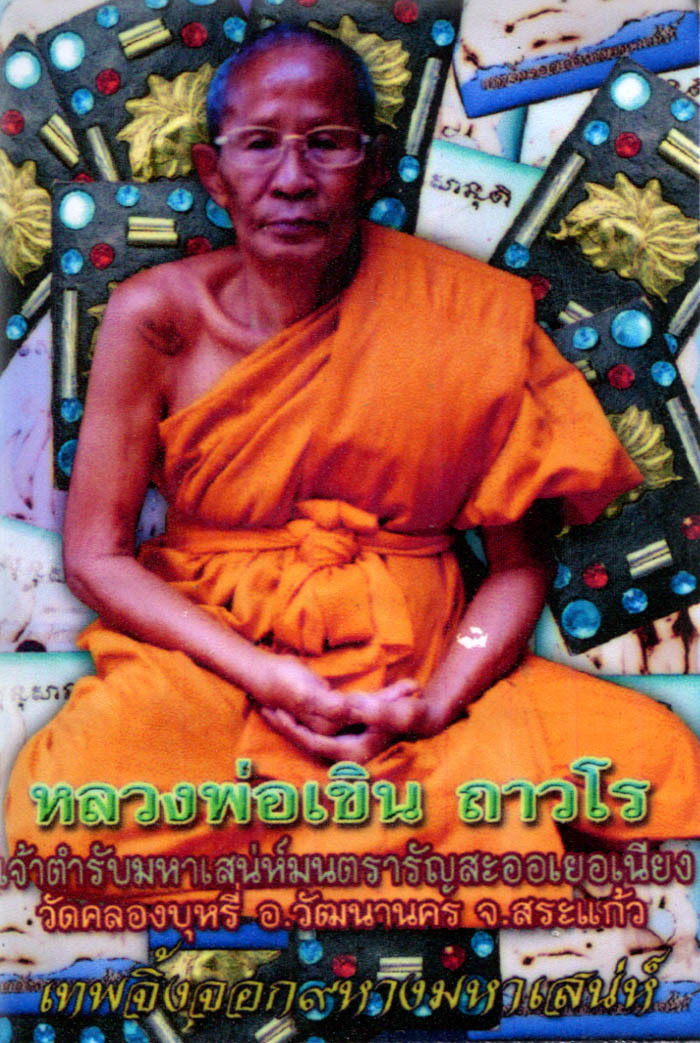