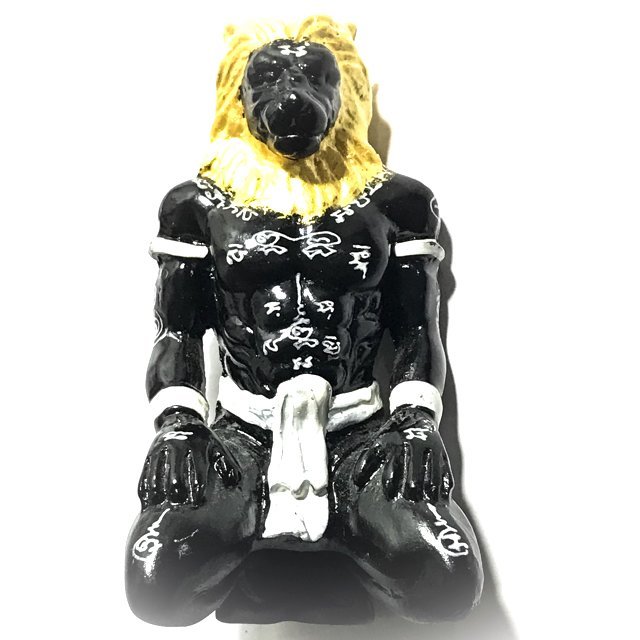 The Taep Norasingh is the 4th Avatar (return to Earth) of the God Vishnu. In the Hindu Vedic Tradition, Taep Norasingh is called Narasimha. Narasimha is the half-man/half-lion, from the Satya Yuga. The Rakshasa (Yaksa Demon) Hiranyakashipu, the elder brother of Hirantayaks (Hiranyaksha), was granted a powerful boon from Brahma, not allowing him to be killed by man or animal, inside or out, day or night, on earth or the stars, with a weapon either living or inanimate. 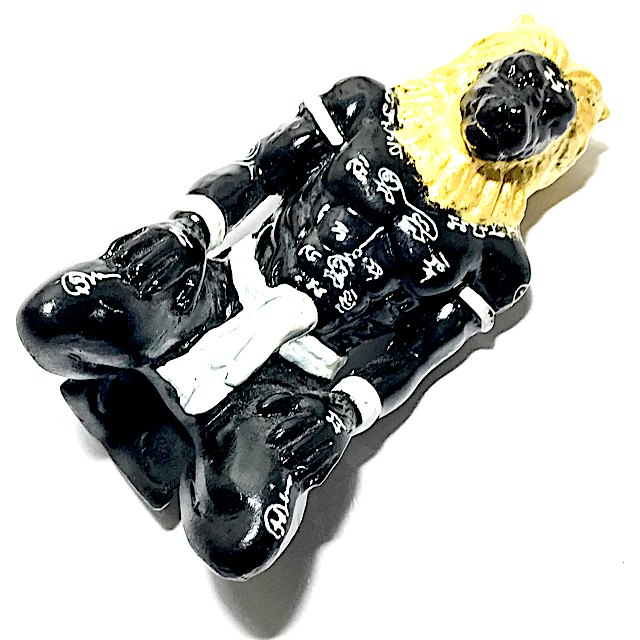 Hiranyakashipu then went on the rampage forcing the humans and Devas to worship him and pay dues, and even bullied them to forbid them to worship Vishnu. Vishnu descended as an anthropomorphic incarnation, with the body of a man and head and claws of a lion. He then disembowels the rakshasa at the courtyard threshold of his house, at dusk, with his claws, while he lay on his thighs. 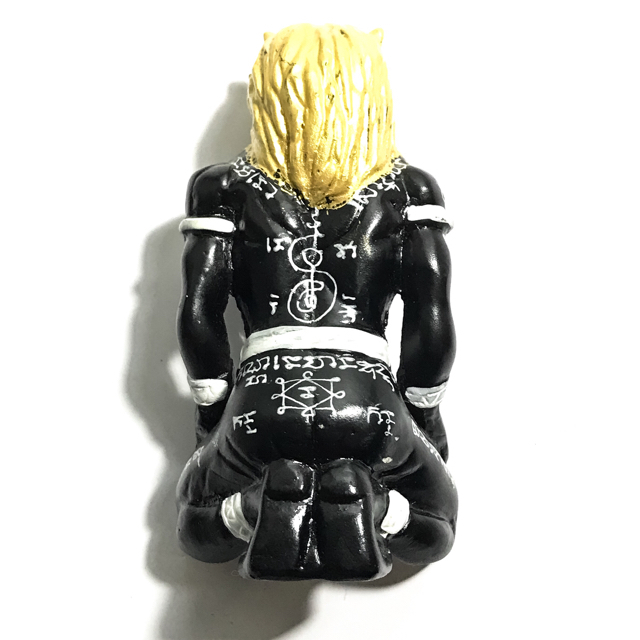 Wikipedia says of the Taep Norasingh; "Narsingh (Sanskrit: IAST: Narasiṃha, lit. man-lion), Narasingh, and Narasingha and Narasinghar in Dravidian languages, is an avatar of the Hindu god Vishnu, who is regarded as the supreme God in Vaishnavism and a popular deity in the broader Hinduism. The avatar of Narasingha is evidenced in early epics, iconography, and temple and festival worship for over a millennium" 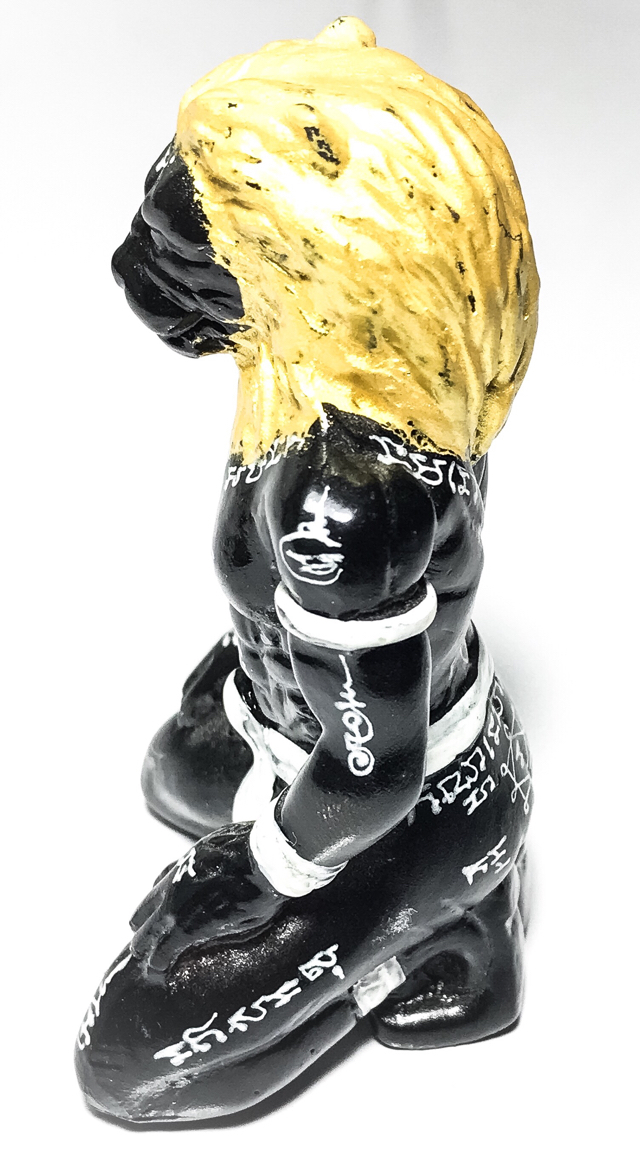 Narasingha is often visualised as having a human torso and lower body, with a lion face and claws. This image is widely worshipped in deity form by a significant number of Vaiṣṇava groups. Vishnu assumed this form on top of Himvat mountain (Harivamsa). He is known primarily as the 'Great Protector' who specifically defends and protects his devotees in times of need. Vishnu is believed to have taken the avatar to destroy the demon king Hiranyakashipu. 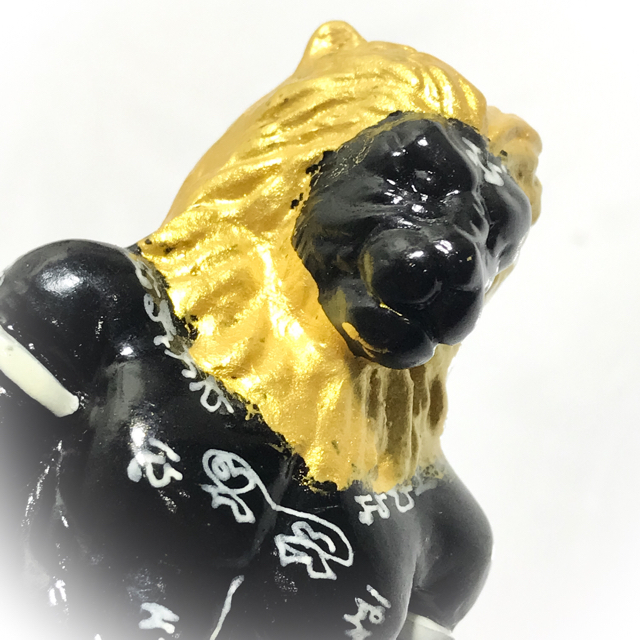 Narasiṃha is also a protector of his devotees in times of danger. Near Śrī Śailaṃ, there is a forest called Hatakeśvanam, that no man enters. Śaṅkarācārya entered this place and did penance for many days. During this time, a Kāpālika, by name Kirakashan appeared before him.

He told Śrī Śaṅkara that he should give his body as a human-sacrifice to Kālī. Śaṅkara happily agreed. His disciples were shocked to hear this and pleaded with Śaṅkara to change his mind, but he refused to do so saying that it was an honor to give up his body as a sacrifice for Kālī and one must not lament such things. 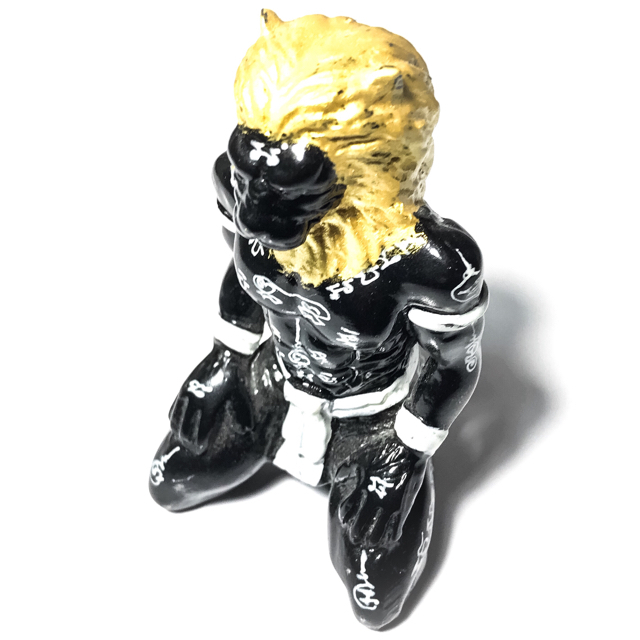 The Kāpālika arranged a fire for the sacrifice and Śaṅkara sat beside it. Just as he lifted his axe to severe the head of Śaṅkara, Viṣṇu as Narasiṃha entered the body of the disciple of Śaṅkarācārya and Narasiṃha devotee, Padmapada. He then fought the Kāpālika, slayed him and freed the forest of Kapalikas. Ādi Śaṅkara composed the powerful Lakṣmī-Narasiṃha Karāvalambaṃ Stotram at the very spot in front of Lord Narasiṃha. 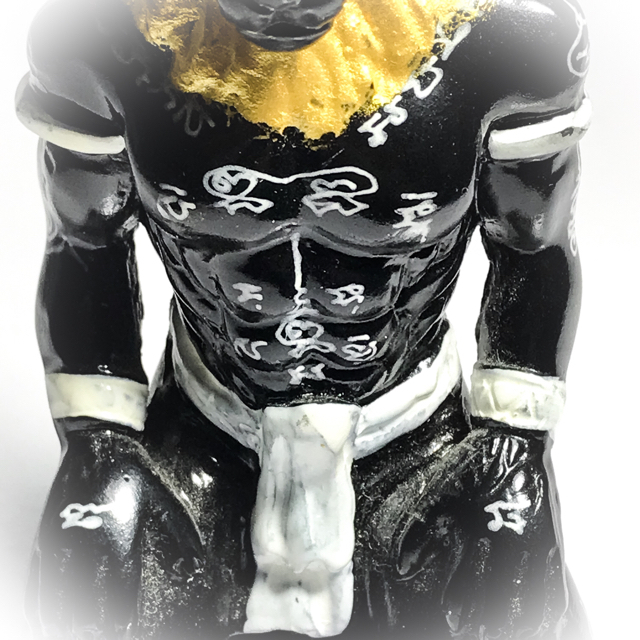 Due to the nature of Narasiṃha's form (divine anger), it is essential that worship be given with a very high level of attention compared to other deities. In many temples only lifelong celibates (Brahmācārya) will be able to have the chance to serve as priests to perform the daily puja. Forms where Narasiṃha appears sitting in a yogic posture, or with the goddess Lakṣmī are the exception to this rule, as Narasiṃha is taken as being more relaxed in both of these instances compared to his form when first emerging from the pillar to protect Prahlāda.

Below; Statue of Taep Norasingh in Burmese Style, from the Sweetagong Pagoda Temple in Myanmar 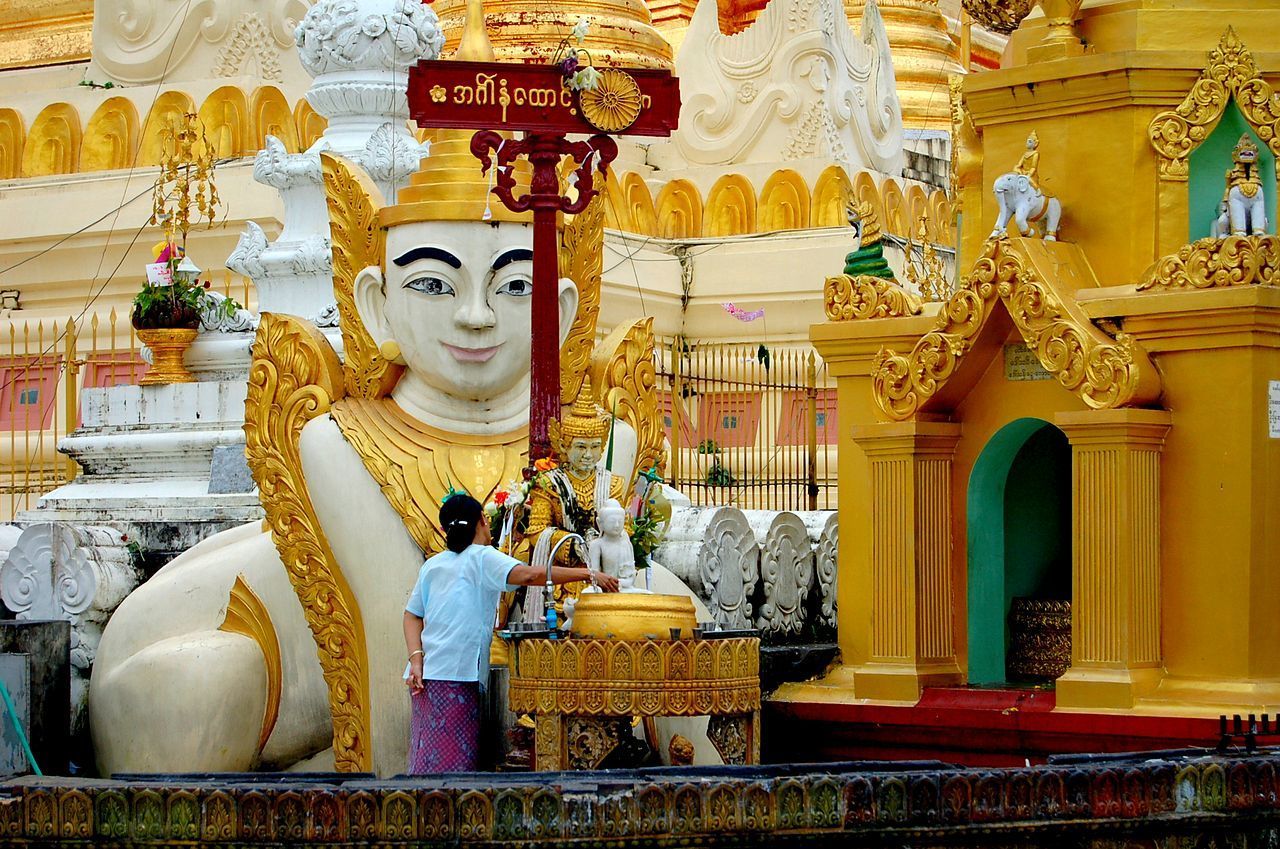 The Taep Norasingh is also featured in Thai Himapant Forest Myths and Legends, and is depicted in a different way in Lai Thai Sacred Arts, and in the arts of Indonesia, Myanmar and other regions of South east Asia where the Brahman Faith found a foothold in the past. 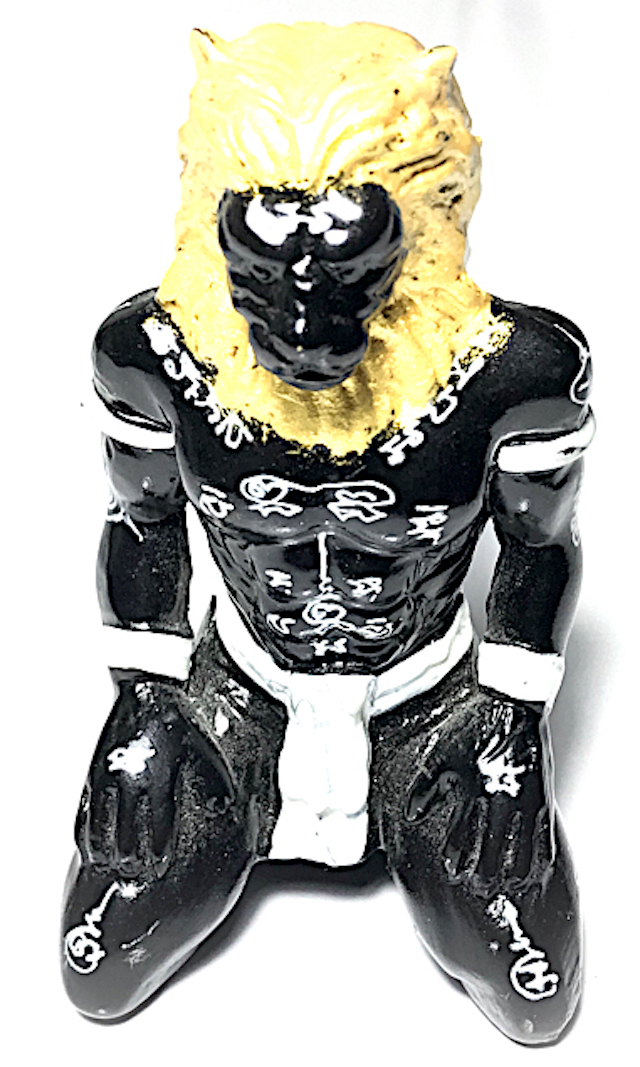 O' Angry and brave Mahā-Viṣṇu, your heat and fire permeate everywhere. O Lord Narasiṁha, you are everywhere. You are the death of death and I surrender to You. 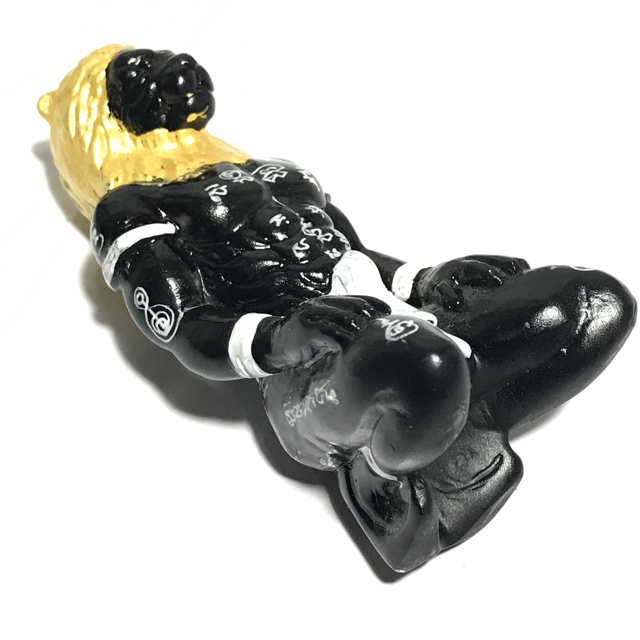 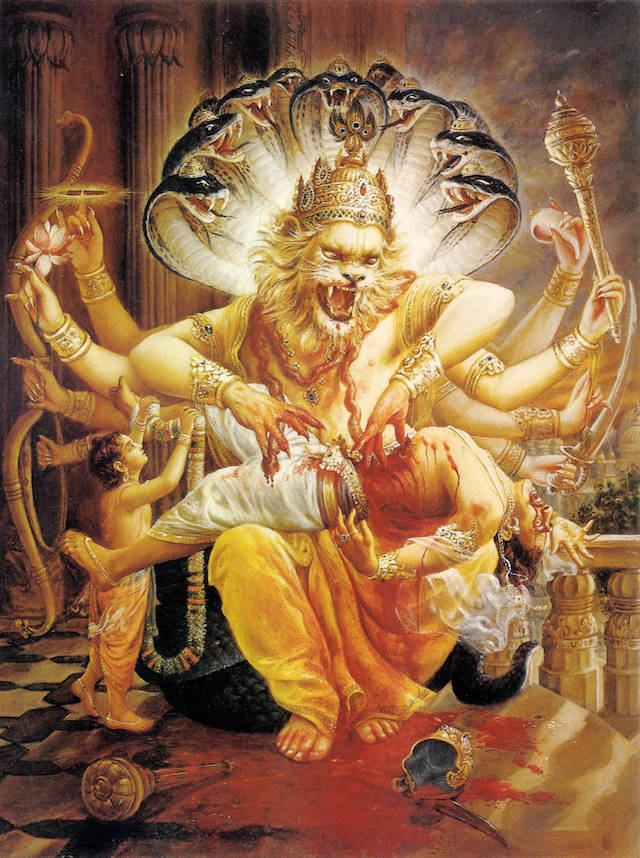 Lord Nṛsiṁha is here and also there. Wherever I go Lord Narasiṁha is there. He is in the heart and is outside as well. I surrender to Lord Narasiṁha, the origin of all things and the supreme refuge. 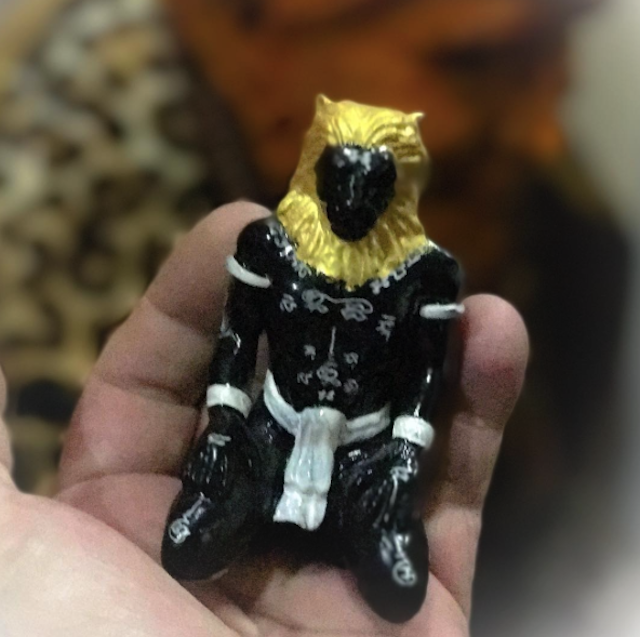 O Keśava! O Lord of the universe. O Hari, who have assumed the form of half-man, half-lion! All glories to You! Just as one can easily crush a wasp between one's fingernails, so in the same way the body of the wasp-like demon Hiraṇyakaśipu has been ripped apart by the wonderful pointed nails on your beautiful lotus hands.(from the Daśāvatāra-stotra composed by Jayadeva) 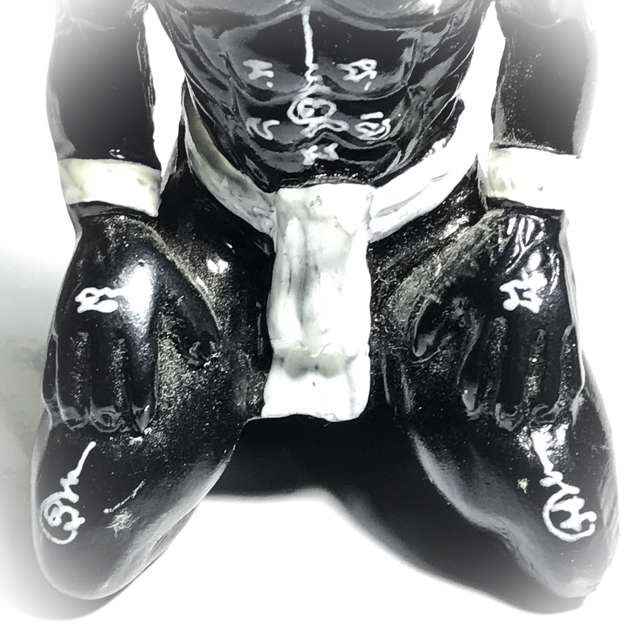 O Kāmaśikhā Narasiṁha! you are sarva śakthan. When you are resolved to protect some one, where is the need to seek the protection of anyone else? When you are resolved not to protect some one, which other person is capable of protecting us?. There is no one. Knowing this fundamental truth, I have resolved to offer my śaraṇāgatī at your lotus feet alone that rest at the banks of Vegavatī river. 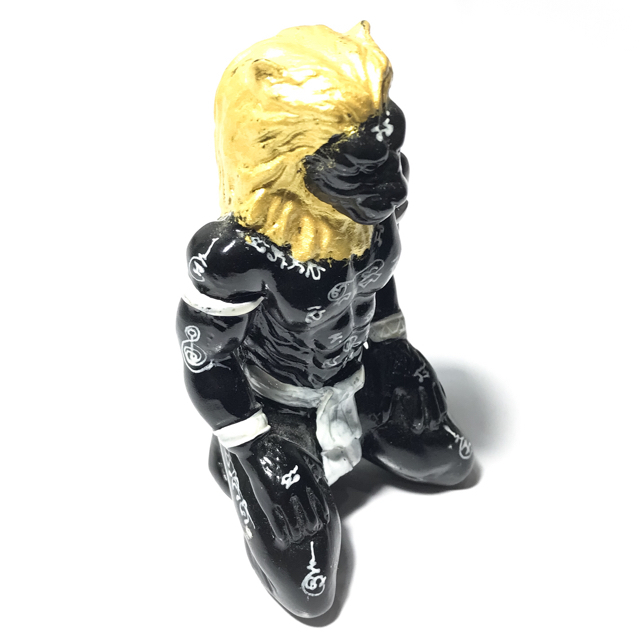 I will dance and melt for you, within my heart, to see you, I will sing in praise of you with tears in joy, I will search for Narasiṁha and I am a householder who still searches to reach you (to attain Salvation). 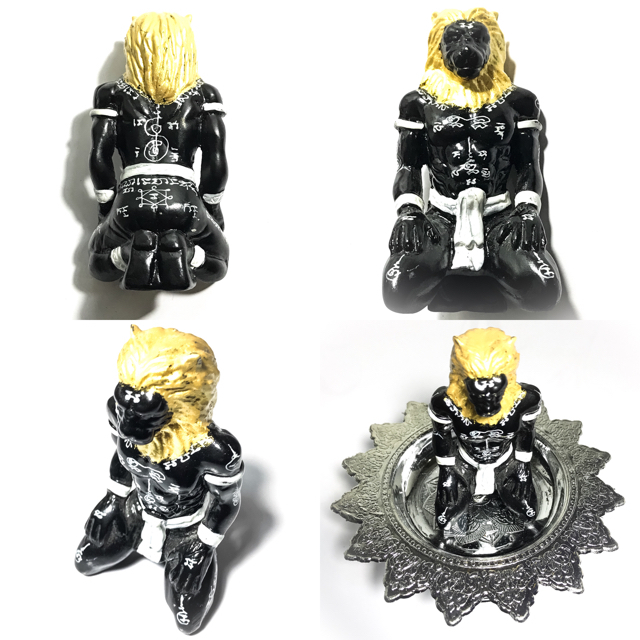