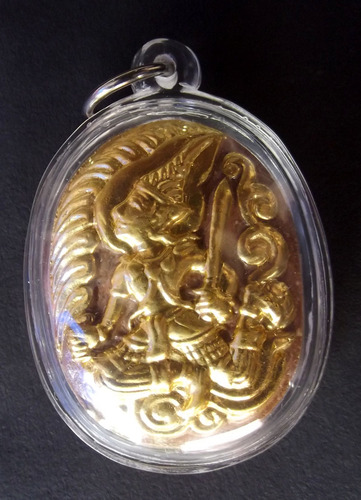 Paetch Payatorn Deity for Improved Business Success, Popularity and Attraction. The front face of the amulet features The Paetch Payatorn Deva exists both in Human Form as well as a Phallic shaped Himapant Animal (Palad Khik), which symbolizes the Male Energy principle as represented in the Shiva Lingam. The Paetch Payatorn Deity is also known as Taep Praget, Khun Phaen Taewada and Taep Suryan. This Deity is one of the most Powerful Magical agents of wealth and prosperity, and is gaining ever incresing numbers of Devotees due to the immensely successful results brought from practicing Worshiping this Powerful Deity of Love, Compassion and Generosity, which induces friendliness, love and admiration in those who approach. Considered a great tool for good business, lottery success, social and amorous adventures. 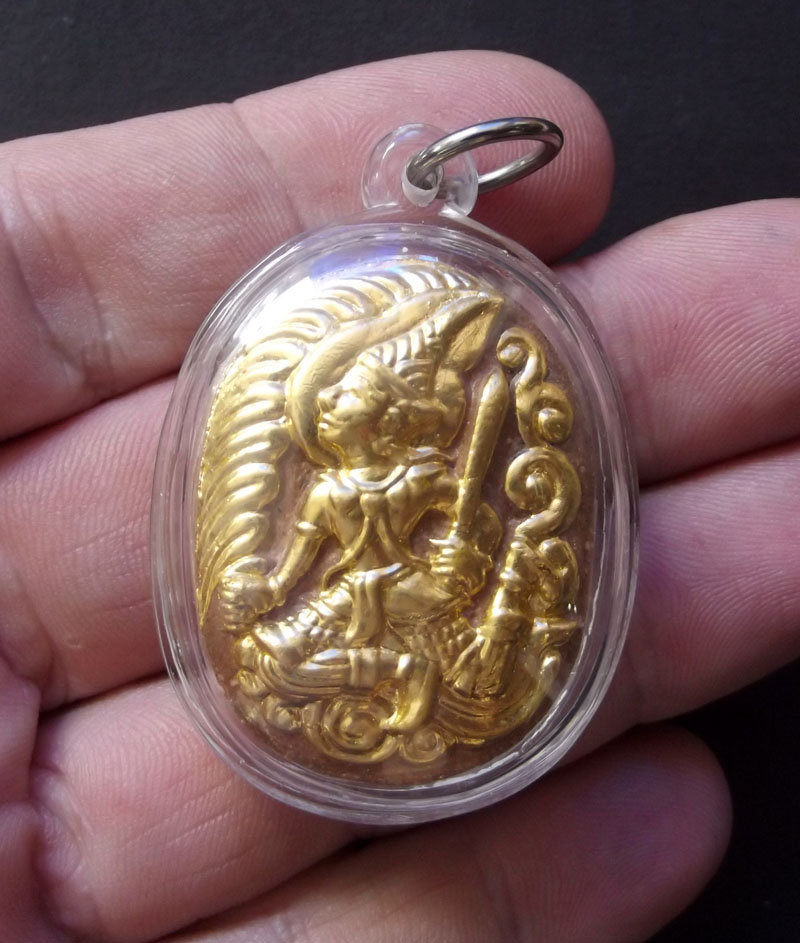 The amulet is made from Ajarn Koms famous tried and tested Prai Powders,  and Gold Leaf covering on the front face. The rear face reveals the rich sacred powder base, and has a Pra Pid Ta Buddha Image embossed into it, for both Maha Lap, as well as Nirodha principles to come into forcve within the amulet. the Nirodha Principle is the effect of the image of Pra Pid Ta Khao Nirote. Nirote, or, 'Nirodha' means to block out all external influences and phenomaena that induce suffering. The Buddha entering Nirodha is depicted with his hands covering all orifices, to block out suffering. 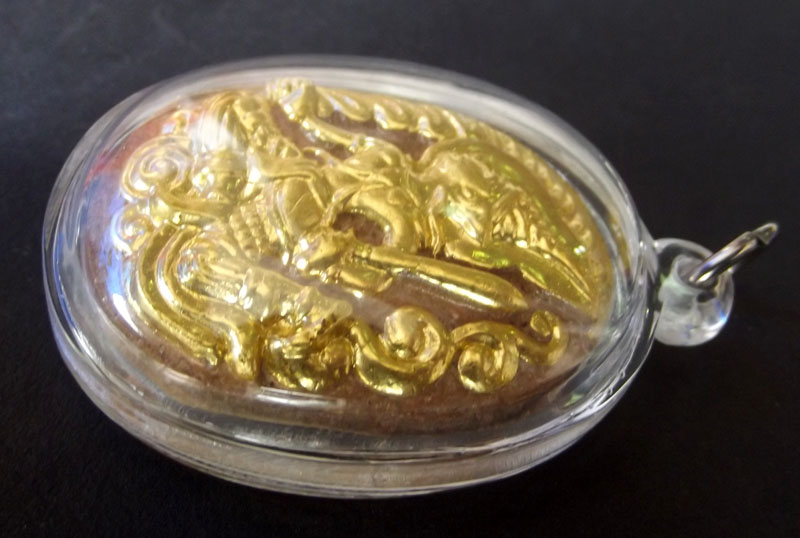 This amulet is a double spell, with Paetch Payatorn to increase wealth and business success, and attract  admirers, lovers and customers with Metta Maha Sanaeh magic. The Pra Pid Ta protects from unfortunate events and dangers as well as blocking out any unhappy events or matters, and allowing the mind to be without suffering. Its large hands represent 'Rap Sap' (receive treasures) to induce windfalls and wealth increase. 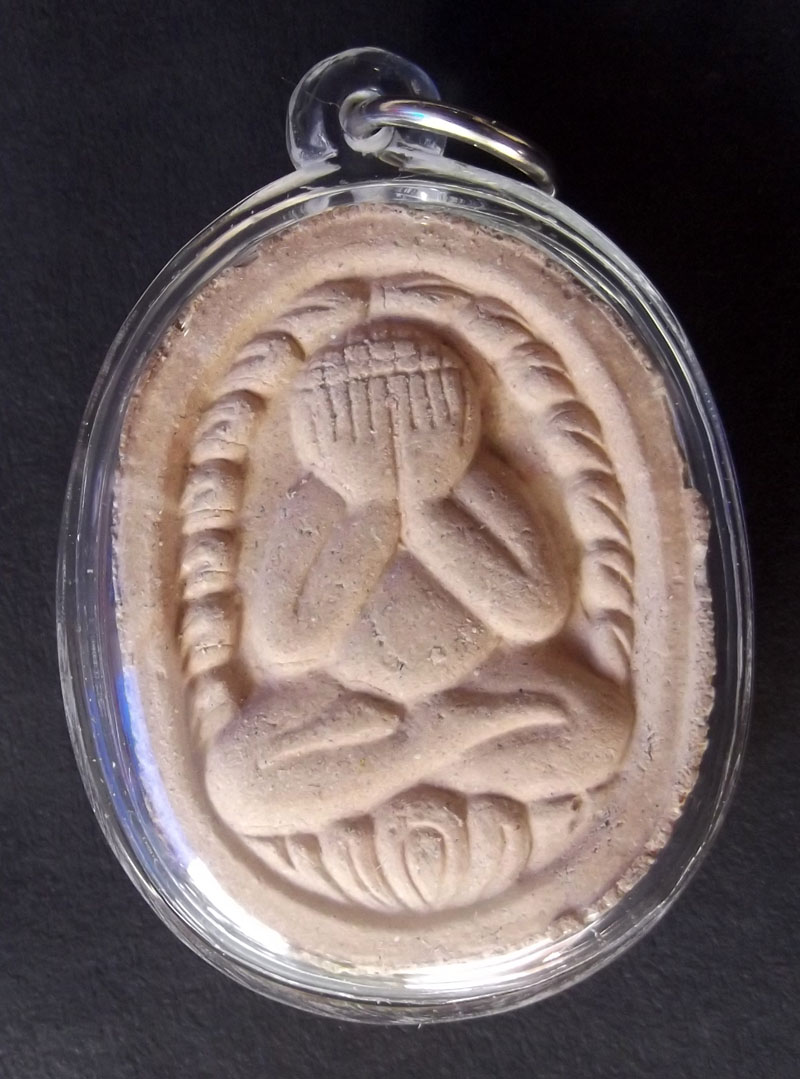 Pra Pid Ta is also of course the Pra Sangkajjayana Buddha, whose Kata and Method of Worship can also be combined with the Bucha for Paetch Payatorn to make a doubly powerful blessing arise within the amulet.

Ajarn Kom Traiwaes is a 'Jom Khamang Waet' (Master Sorceror) of Supannburi, whose powerful amulets are celebrated the World Over for their successful effects and magical power. he is one of Thailands Top Laymasters with International Following around the World. He is the possessor of the Inheritance of Wicha from the great BUrmese Master 'Ajarn Amorn Sri Manote' as well as having completed Magical Apprenticeships to some of Thailands Greatest Masters and Monks.