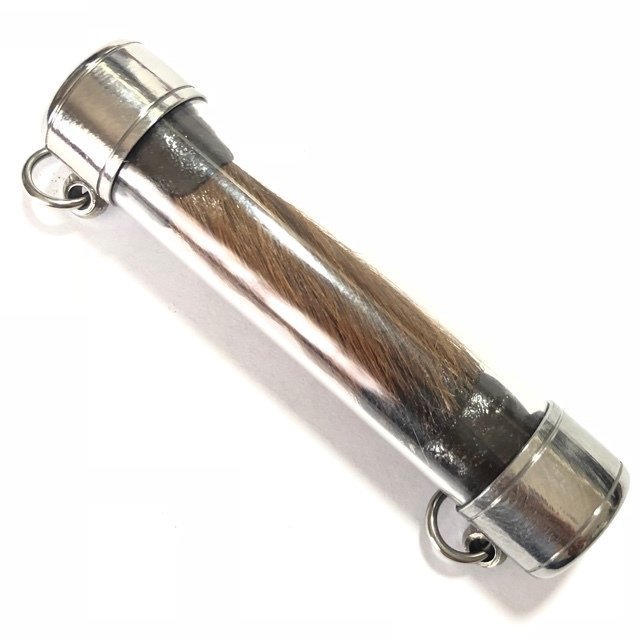 Now an extreme rarity from back in the year 2553 BE, the Takrut Hnang Suea Kroeng Tiger Takrut Amulet of LP Derm Lineage Master and Adept of the Surin Khmer Occult Arts, Luang Phu Nong Tammachodto, for Protection and Power - useful for those in positions of command, in need of more personal power and influence, promotion seeking, as well as for those who have dangerous professions, such as Police, Army, Bodyguards and Civil Servants. Anti Black Magick and Poksap Prosperity is also a Magickal Property of the Tiger Wicha. 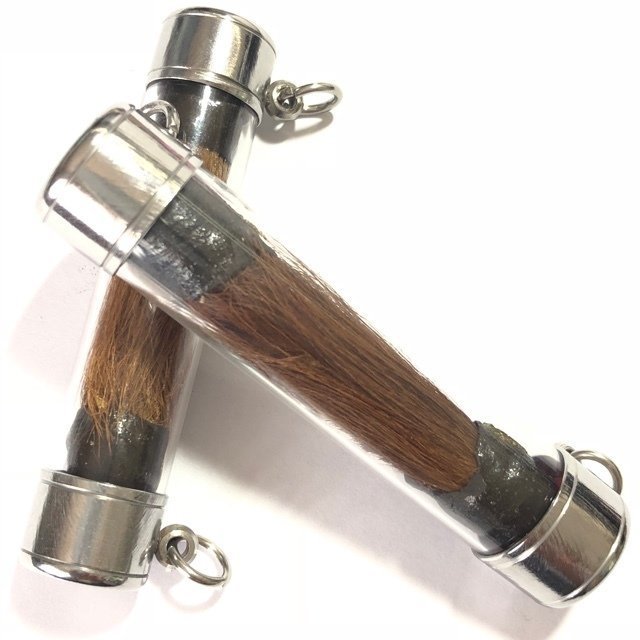 Blessed in the Sao Ha Fifth Lunar Saturday Edition of the year 2553 BE, by Luang Phu Nong of Wat Wang Sri Tong in Sra Gaew, who is the nephew and direct Wicha inheritor of the Great Luang Por Derm of Wat Nong Po, and who is so highly renowned for his powers of Fire Kasina Magic. The Takrut has been sealed with Krang Paste on each end which is a magical admixture full of Maha Pokasap power, as well as possessing anti black magick powers to seal the spell and defend it against any other magick. 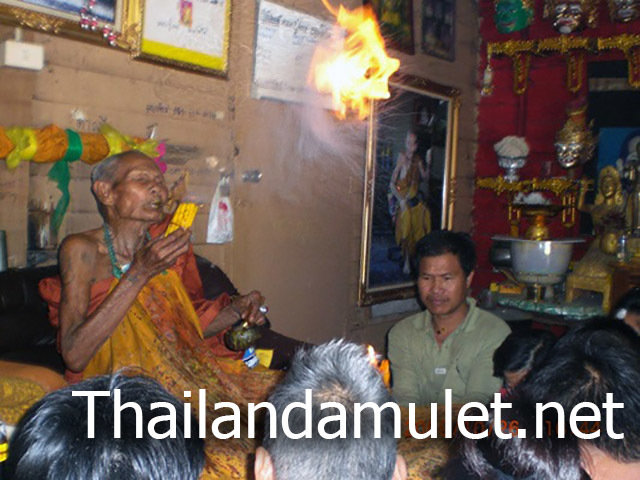 Luang Phu Nong is one of Thailand's Oldest Gaeji Ajarn who is extremely popular for his magical amulets. Luang Phu Nong Tammachodto is the true nephew of luang Por Derm (Wat Nong Po) and recieved direct Wicha magical training from his Uncle. Luang Por Nongs amulets are both powerfully made according to the Wicha of Luang Por Derm 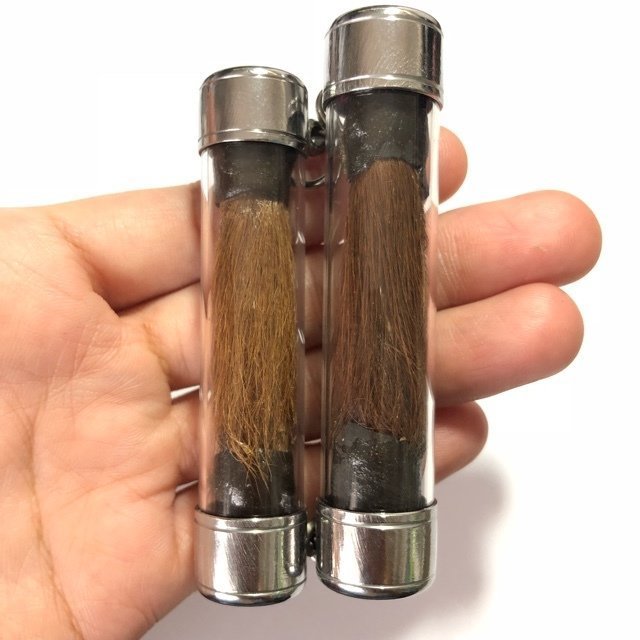 Tiger Takrut are becoming extremely rare to obtain these days, for obvious reasons. All tiger used in Thai Temples for amulets are from of Tigers that died a natural death and had the skins donated, and are legal. This amulet comes with steel capped transparent tubular casing included.

Wicha Suea amulets possess immense Anti Black Magick, and Maha Amnaj Commanding Power, to Increase Status and Gain Promotion in the Profession. This of course also indirectly increases one's wealth through raise in income which comes with rise in Status. Suea amulets are powerful talismans to protect the wearer from all worldly and unworldly dangers. Those who are in positions of command or office, or who need to increase their status and influence over others, will be well served with this item. 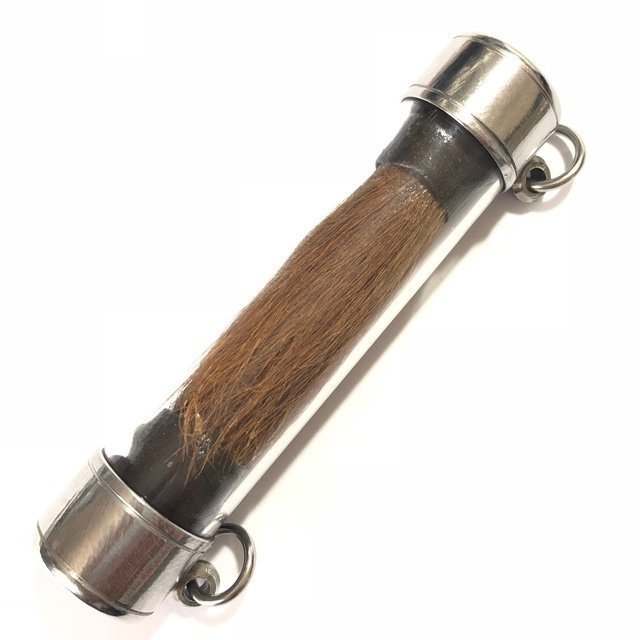 Highly Recommended for those who are in positions of command or administration, and those who need to exude power and influence, and for those who risk their lives in conflicts. Those who need to get noticed more, or need to get more respect from others are highly recommended for this kind of amulet. Those who wear Tiger Sak Yant Tattoos are especially recommended to use this kind of amulet, as well as Martial Artists and Muay Thai Warriors, and those in Positions of Command, and to use Kata Suea and Kata for Sak Yant to empower their own Command, and Achieve Victory in all Endeavours. 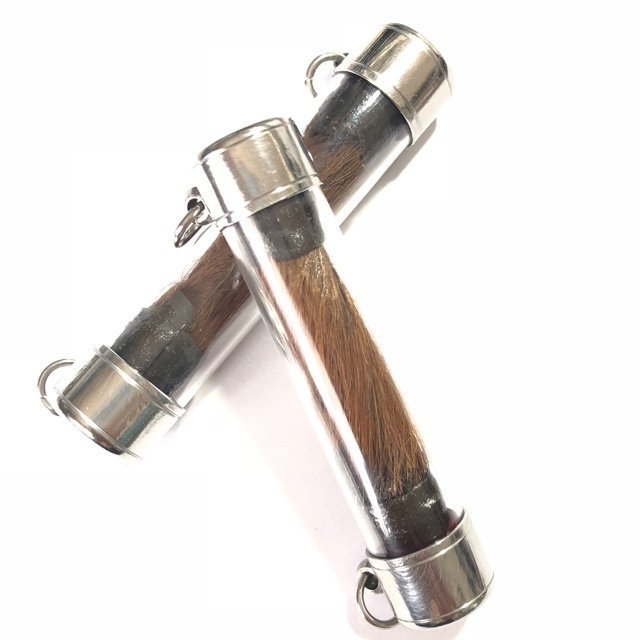