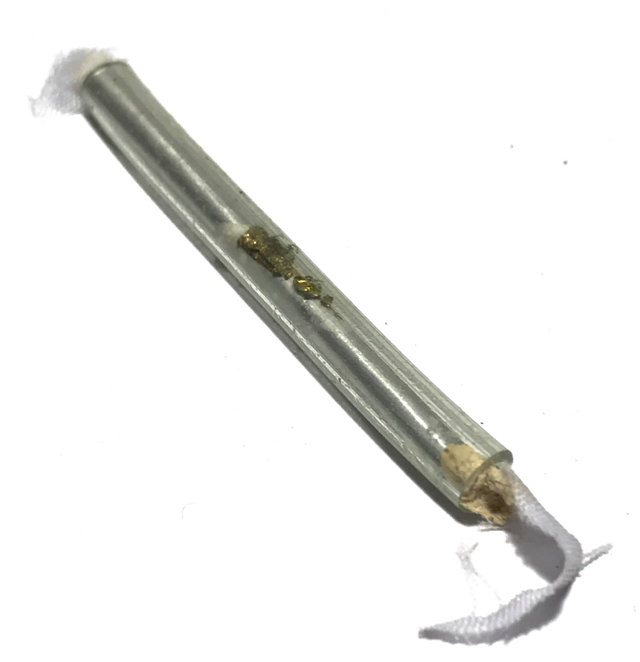 The Takrut Khor Mia (See Bo Thoy Kao Bo Hlud) caller of lovers spell is a Khmer Necromantic Wicha from the repository of the Grimoires of Ajarn Phu Ee and his Master Lineage, dating back hundreds of years. 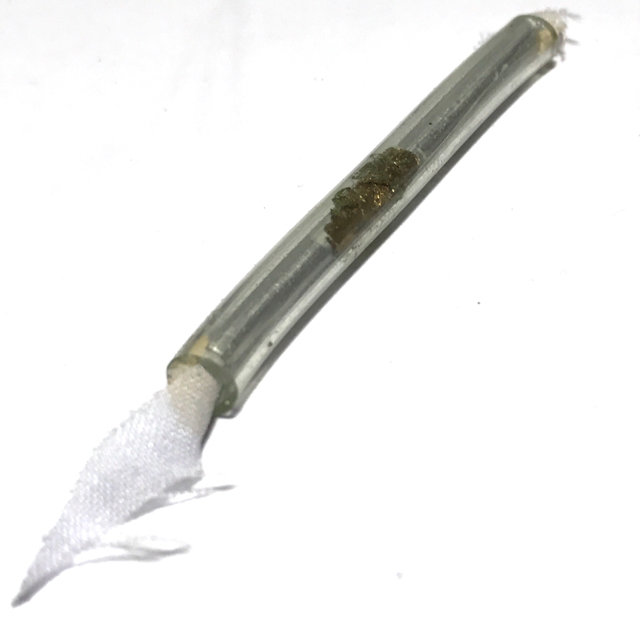 A strip of white bed cloth is also inserted into the Takrut, which comes from a powerful Kama Sutra Wicha of Ajarn Phu Ee, renowned for its powerful Maha Sanaeh seductive Influence.

The Takrut was made by Ajarn Phu Ee instructing his apprentice to inscribe the Takrut spells on the foil, which must be placed on the bosom of a beautiful woman. This is similar to the method used for the Wicha Sariga Bon Hyuea, but this particular Takrut uses a completely different Kata Incantation, and Inscription to the Sariga Bon Hyuea. 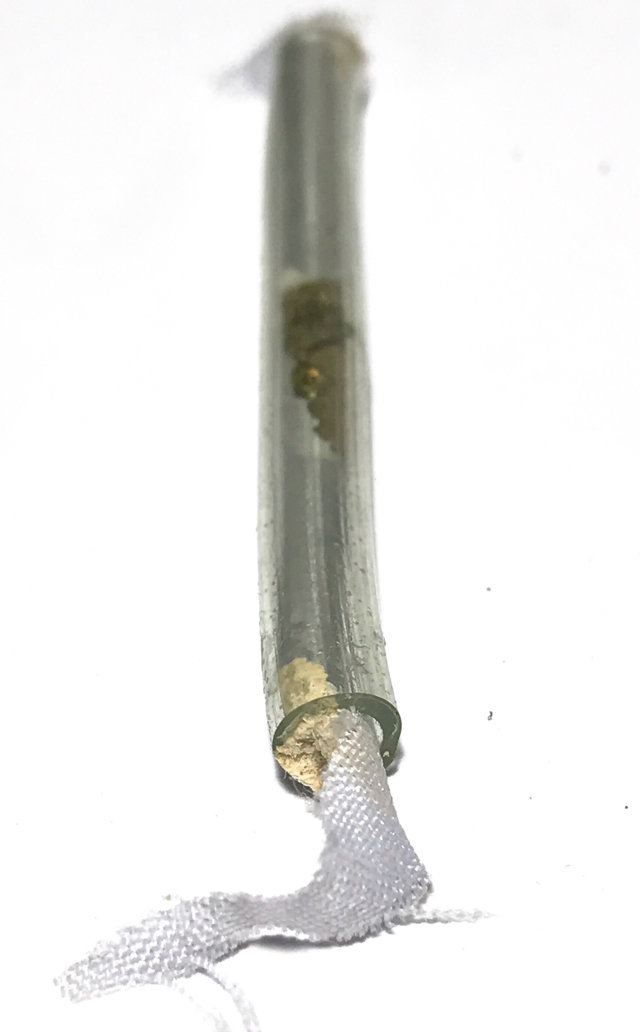 During the time Ajarn Phu Ee's apprentice Mage was performing the inscriptions on the foil upon the maiden's cgest, the man and the maiden performed sexual intercourse, whilst chanting the incantations given by Ajarn Phu Ee. Once the apprentices had performed nightly ritual Kama Sutra for each Takrut, they returned them to Ajarn Phu Ee, who then kept them for a whole year of daily and nightly empowerments.

The Pong Prai Paya Tae Krua and Pong Prai Nang Dtanha Kama Sutra powders which dwell within the Takrut, were augmented with a compendium of magical and sacred Muan Sarn ingredients as follows; 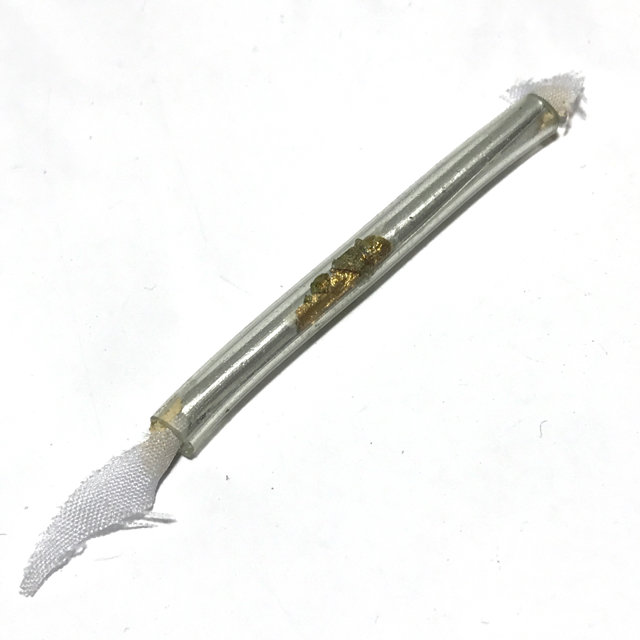 Ajarn Phu Ee performed Kama Sutra Incantations for Seduction of Males, Females, Transexual and Transvestite, gay, and tomboy, making the Takrut completely unisex in its applied uses. The Takrutcan be used to attract and seduce whichever person of whichever sexual leanings or gender you prefer.

The power of the Wicha Paya Tae Krua and the Kama Sutra Powders, Bedcloth and Invocations within the Takrut should provide an immense source of confidence and power of attraction, top entice and seduce your chosen partners.

Olden Days Folk would take a Bai rak leaf (not too young, not too old) and inscribe their name along with the name of the chosen partner, and tie it around the Takrut with threads, performing the Kata Hua Jai Paetch Payatorn, and place it under the pillow. 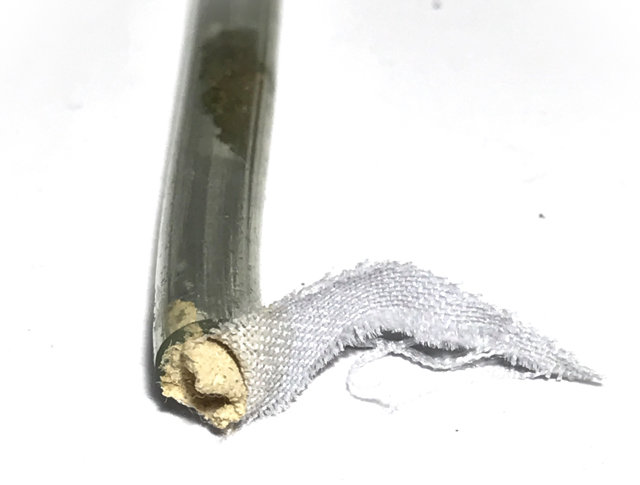 This is the ancient Kata they would chant 3 times when winding the spellbinding threads around the Bai rak leaf;

They would then use one more Takrut to wear as an amulet. You can also use the takrut to hand it down by the tip (vertyically ) and stir it in a circle in the drinking water 3 times, to imbue the water with Paya Tae Krua Magic, which will increase the loving kindness of all who drink from it. 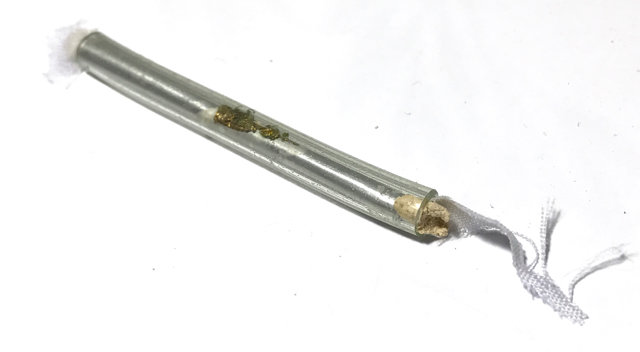 Carry the Takrut with you when you go out to seduce people in nocturnal activities, and use the following Kata (chant 3 times) before approaching your desired target. 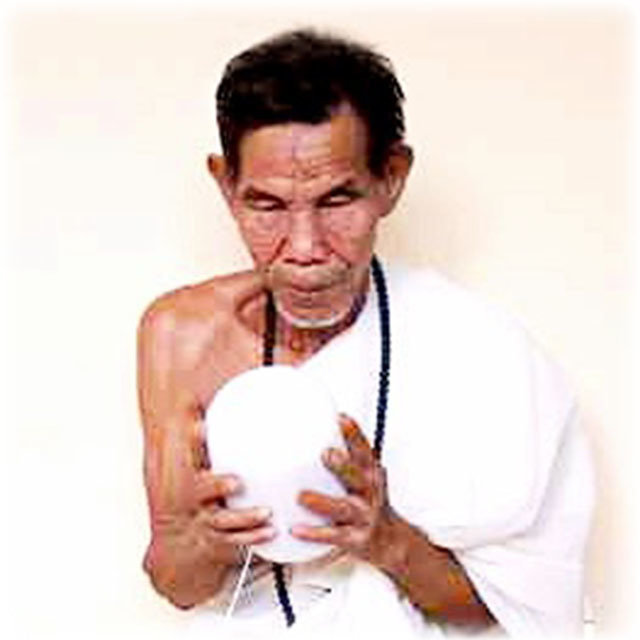 Ajarn Phu Ee of the Samnak Baramee Kroo Bpagam, is the creator of the legendary Nam Man Prai Gua Po, and the Wicha Phii Hlonmg Long Sariga Long Rang. He is a lineage master of the Khmer Sorcery Arts and an fully fledged adept of the Wicha of the Samnak Kroo Tam Dton Nam Huay Sai Badtr of Kalasin. he has mastered the Wicha Saliga Lin Tong and the Montr Kroo Phii Pasom Khloeng. Phu Ee was born in the year 2476 BE, and was from a very young age already interested in Sorcery and would seek out the Kroo Ba Ajarn of his district to beseech apprenticeships in Wicha Maha Sanaeh, Metta Maha Niyom Maha Laluay, Klaew Klaad Kong Grapan Chadtri. 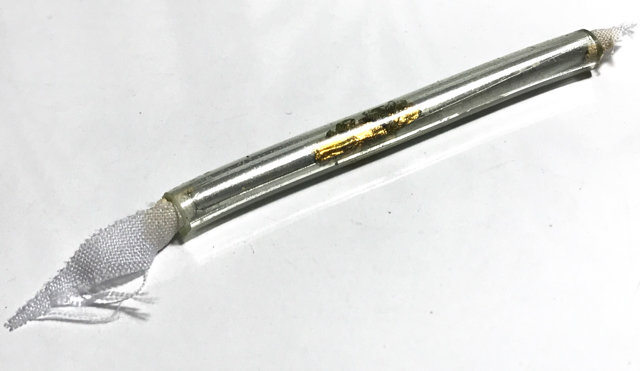 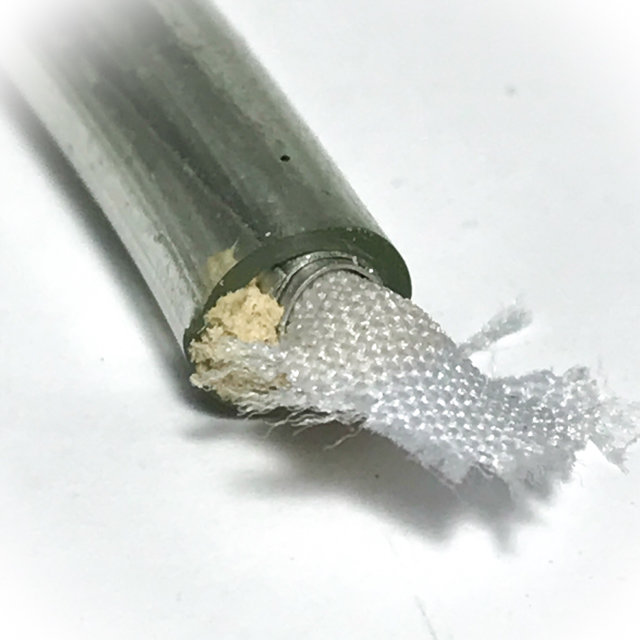 You can also use the Kata Paya Tae Krua with this amulet for Maha Sanaeh. Below is a chanting tutorial given by Ajarn Spencer Littlewood 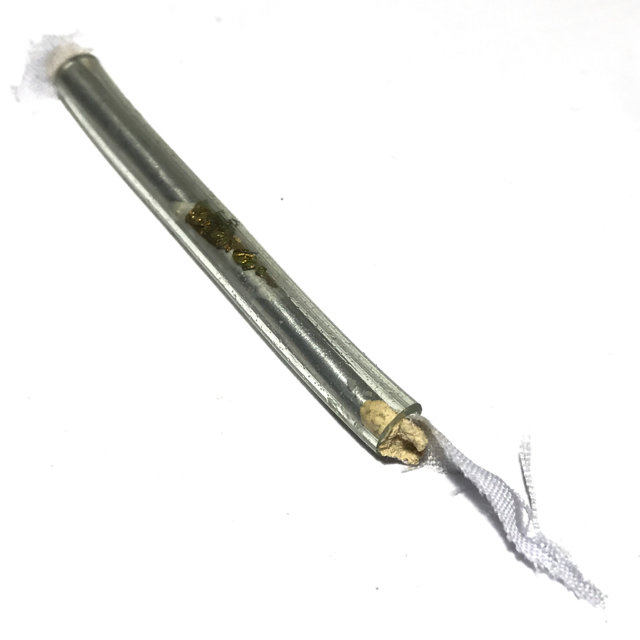 Phu Ee has mastered many of the secret forbidden arts such as the Wicha Sek Tapu Khao Tong (enchant nails to appear inside a persons stomach) and Ya Sang (deadly potions and curses), and the Wicha Bang Fan, the Wicha Hnang Kwai Khmer (Buffalo Skin Curse), and many other rare and ancient Wicha of the Khmer Dark Arts, too many to mention. These days Ajarn Phu Ee does not perform Curses for Devotees, and only performs auspicious spells and creates amulets to help achive worldly goals with the help of spirit compansions and guardians. 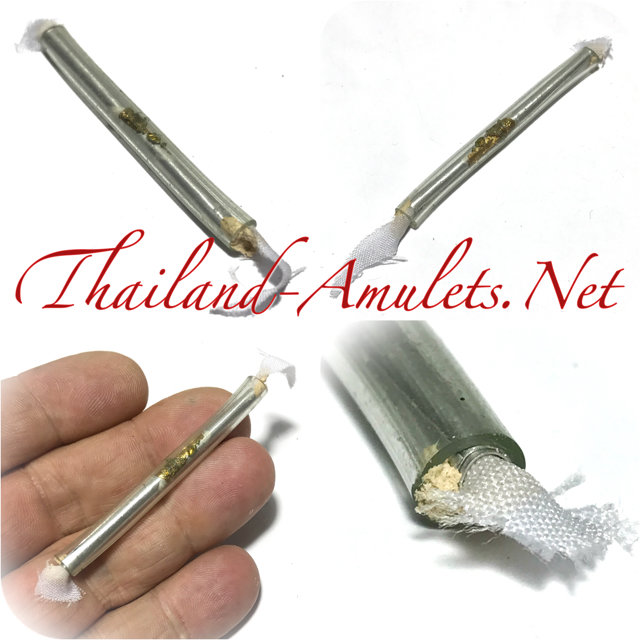