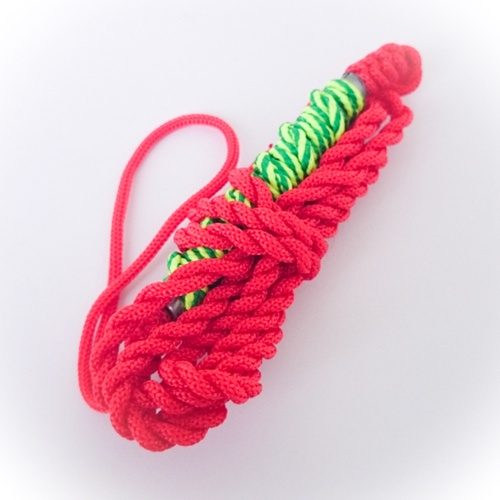 Ajarn Apichai once again shows his inimitability, and presents us with the arrival of a rather eyecatching, and modern looking Takrut Krop Jakrawal universal blessings amulet. A both ancient and modern amulet from Ajarn Apichai Decha. The Takrut is intended to be worn bound around the waist, for which, it has a cord attached to it.

The Eyecatching colored cord wrapping of the Takrut Krob Jakrawal of Ajarn Pichai Decha, may seem modern in appearance, but it conceals a Takrut Tone Scroll Spell, of truly Ancient Origins. It is intended to be thus wearable with modern clothing, and to fit the tastes of those who like brightly colored accessories attached to their amulets for aesthetic reasons. But do not be mistaken, within the cord wrapping is an Ancient Sacred Geometry Spell of Great Power. 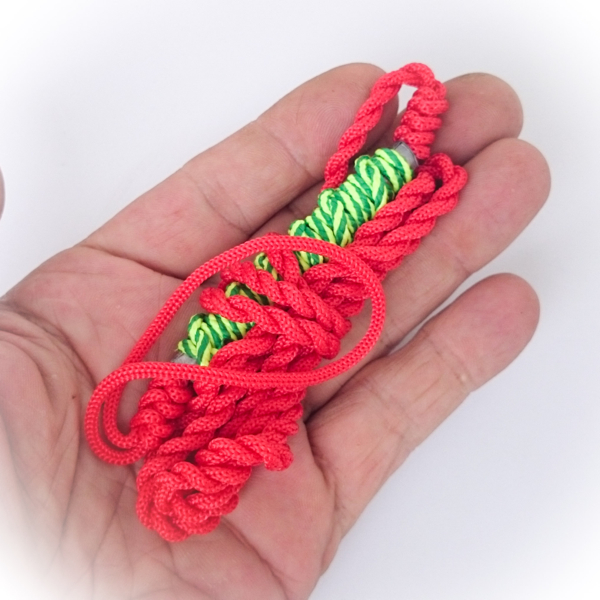 Getting down to the important aspect, which is of course, the power contained within the amulet, we can see something that represents a much more ancient method than the cord wrapping and waistcord. 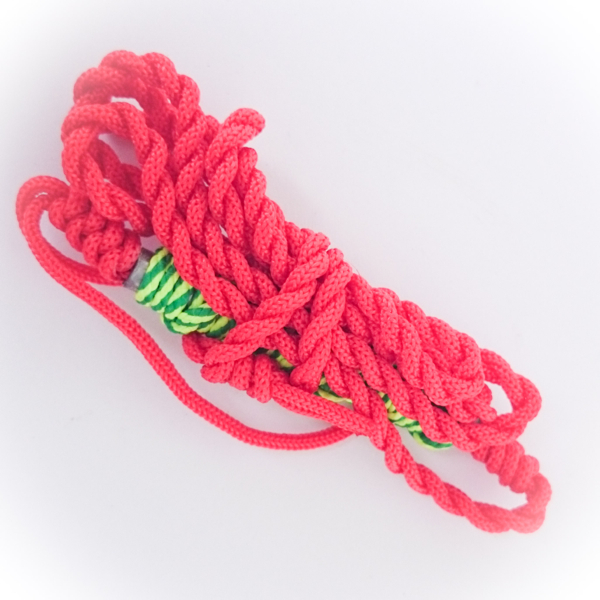 A Traditional Takrut Tone made from heavy leaden Yantra foil is inscribed with the Maha Yant Mongkol Krob Jakrawal and imbued with a compendium of magical blessings to cover all areas of life.

It an also be used as a Takrut Maha Ruud, to slide around the waist, and worn facing any of the four directions, front, left, back or right flanks. This reults in different effects coming from the Takrut, and is aimed at different purposes. 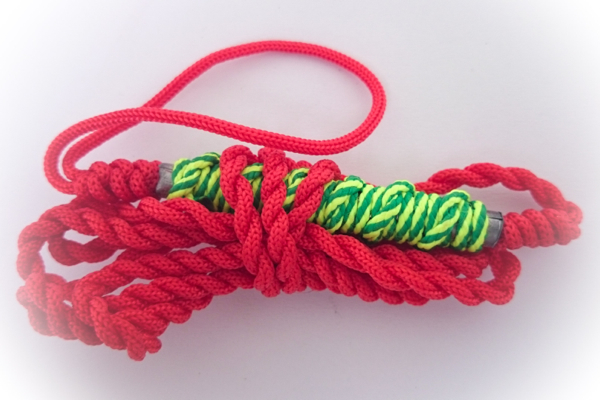 Use the Kata Aaratanaa Pra Krueang to Bucha and make wishes, otherwise use the technique used with all forms of Takrut Maha Ruud.

Wear on a cord around your waist. You can slide the belt to move the Takrut to reside on left or right side, front or back. Chant the Kata Pluk (Invocation of the power of the Takrut - in this case, Kata Aaraatanaa Pra Kreuang) as often as possible. The Takrut performs many uses. The Devas protect and guard over you, safe from danger. Wealth and treasures flow to you and increase greatly.