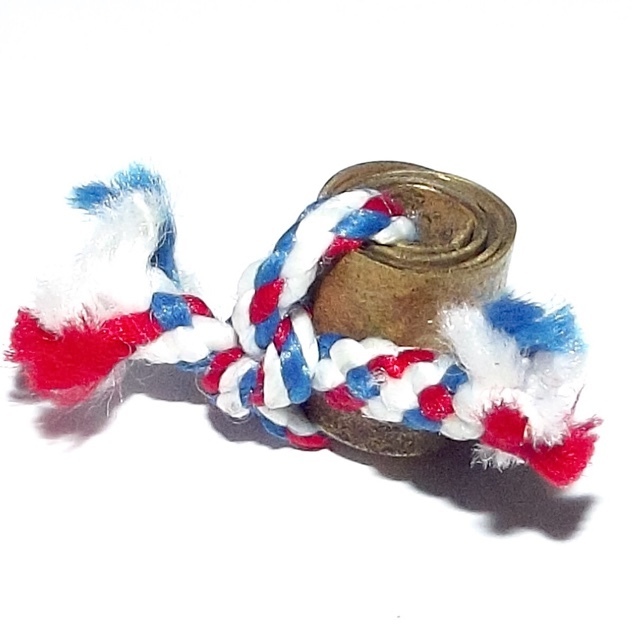 The Takrut Look Om is a special Spell to protect against all dangerous circumstances (Klaew Klaad), and Black Magick of all varieties (Gan Khun Sai - Gae Aathan), inimitable in its appearance for the special Tri-Coloured Spellbinding Cords attached, by Lanna Master Pra Ajarn Gorp Chai, of Wat Mae Ya temple, in Tak Province.

The Takrut is rolled into a Look Om round shape, and bound with the Trairong Cord, which allows for easy attachment to a waist cord, or to hang in a place where you feel needs protection from Danger, Thieves, and Black Magick (such as over the entrance to your home, or place of business, or where you keep valuables). 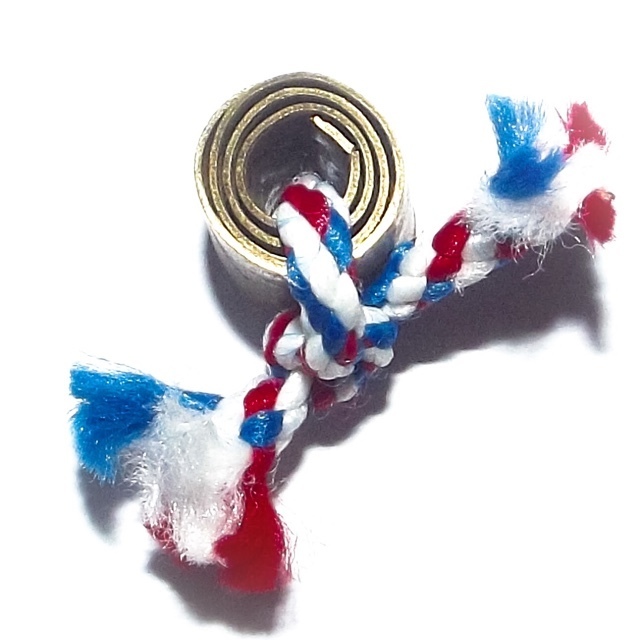 If you wear the Takrut, it will protect you against all evil influences and keep Dark Sorcery and Demonic Beings at Bay, and assist to evade deadly accidents and attacks. Made in small numbers in 2559, as Pra Ajarn Gorp Chai has produced a large variety of different Takrut Yantra Spells derived from the annals of the Sacred Grimoires of Lanna Sorcery which he has amassed at the temple Museum, and is preserving the various Wicha by making amulets using the formulas contained within these Grimoires. 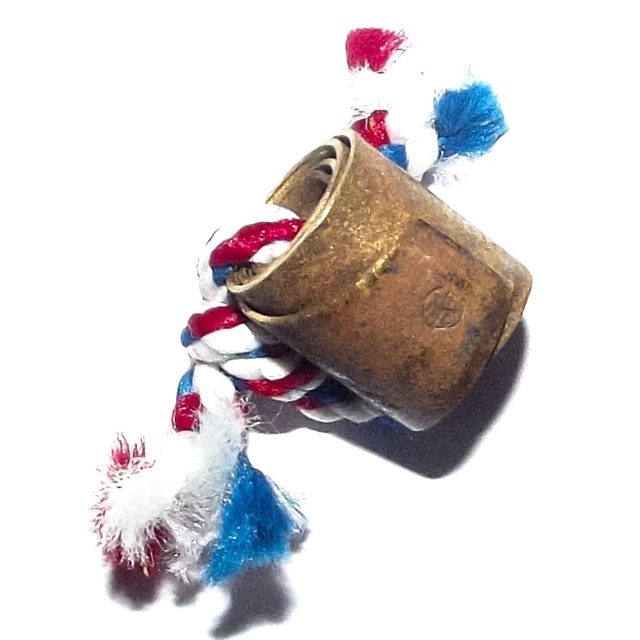 The many different kinds of Takrut and other amulets he is making, are very rare and many have been lost to common public knowledge in modern times, for which Pra Ajarn Gorp Chai is meritoriously reviving their existence through creating these limited series amulets. 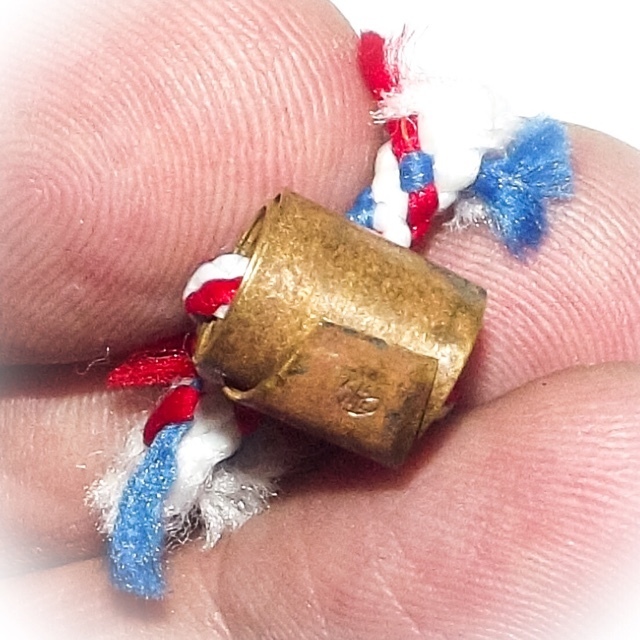 Pra Ajarn Has embossed the Takrut with the official temple stamp of Wat Mae Ya on the outer surface of the scrolls. He also preserves their importance by not overproducing each type of amulet, preferring to make many varieties, but only very small limited numbers of each variety. He does not produce for major distributors, and only makes them for his devotees. 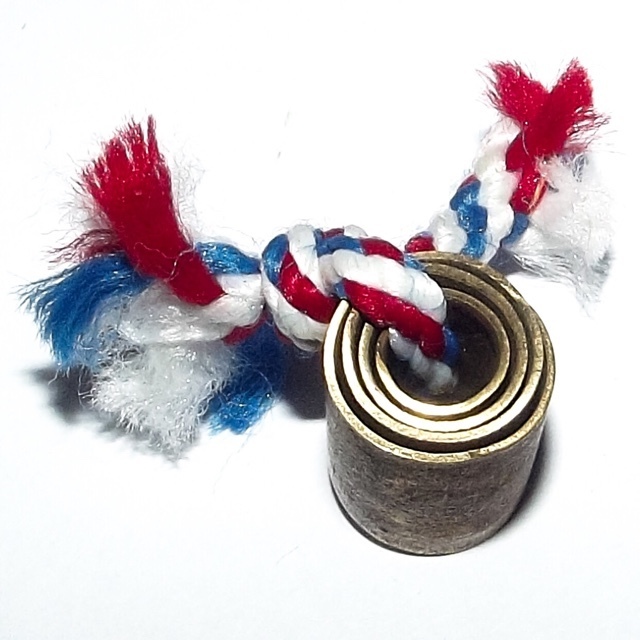 We are hence lucky to be devotees of Pra Ajarn Gorp Chai, who has allowed us to donate to support his causes and those of the temple, and to receive some of each edition from him, to present to you. 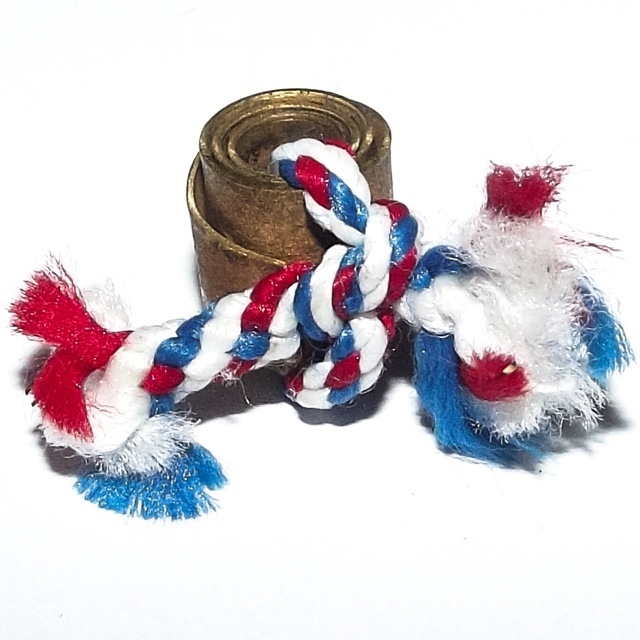 This means that this is an ancient amulet, that is in danger of being lost to the modern era, and through its making and renewed explanation of its meanings, is not only a Magical Amulet of Ancient Times and Great Power, but that its making in the present Era, is an act of preservation of Ancient Thai Lanna Occultism.

This is because the Takrut Look Om Klaew Klaad Pongan Aathan, is hardly seen these days, and very few Masters of the present day possess the Wicha, or even know of its existence. Pra Ajarn Gorp Chai has thus not only brought is an authentic Ancient Sorcery Spell of Ancient Times, but has preserved the Wicha for many future Generations, by reviving true knowledge of its existence, uses and meanings, and methods of making, for the preservation of this truly inimitable spell of the Lanna Magical Arts. 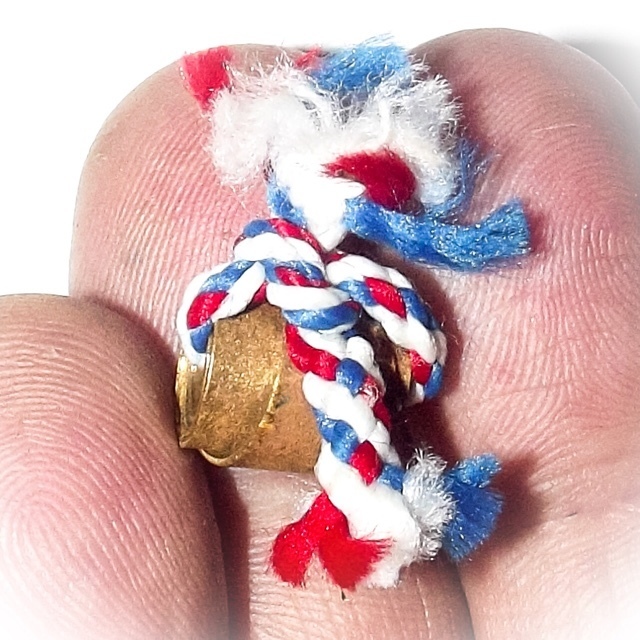 We pray that Pra Ajarn Gorp Chai continues to present us with these highly limited editions of indvidually hand made Amulets, which Pra Ajarn inscribes and empowers, and constructs all by himself without any machinery or mass made methods of production. 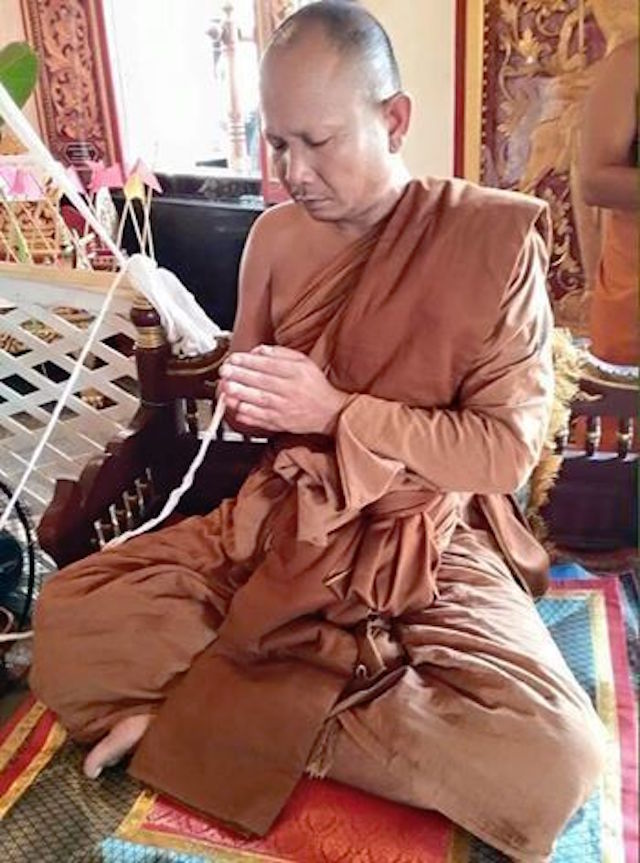 He creates them using the same methods as used in olden days, as the Lanna Masters would make the amulets with their own hand. He does this without the assistance of mass made components, or modern machinery.

Ancient Masters of olden days used their own precious time and efforts and Meditations to create and empower each amulet one after the other, passing through the hands and incantations of the Master one by one. 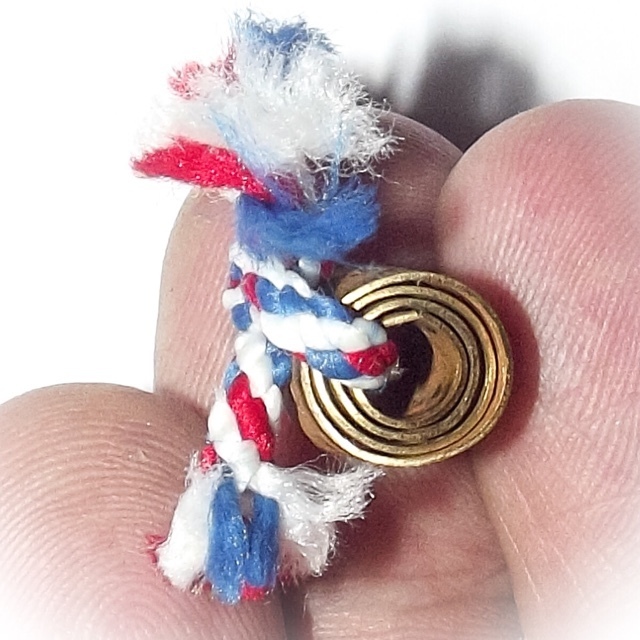 These days, it is truly difficult to find a Master who still uses this old-school method of personal applied Wicha and without assistance from third parties. We can most highly recommend the amulets of Pra Ajarn Gorp Chai most highly for this reason, that each amulet is made solely by the hand of the monk, and individually empowered in the process. 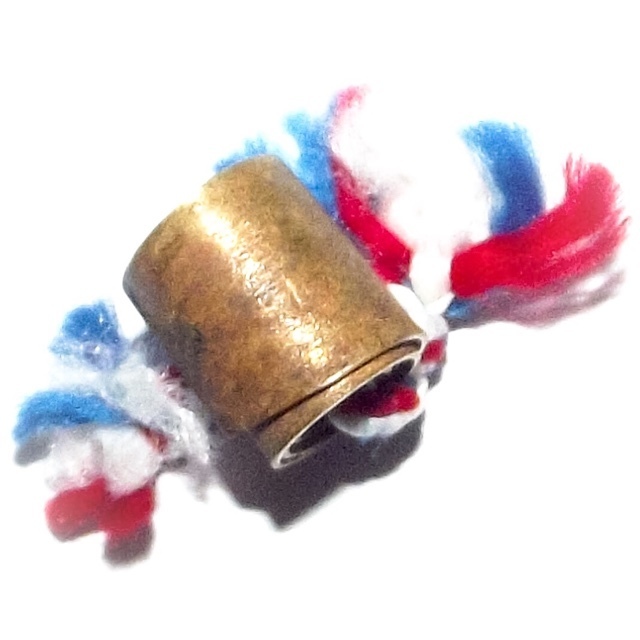 Pra Ajarn Gorp Chai is a lineage master of Wat Mae Ya, following in the tradition of his Kroo Ba Ajarn, Luang Phu Thin (Current Abbot) and the Great Luang Phu Kroo Ba Ban. Wat Mae Ya is the temple of the Late and Great Arya Sangha (said by his devotees to have attained. Pra Ajarn Gorp Chai is continuing the Wicha and Traditional Amulet making of the Great Kroo Ba Ajarn; Luang Phu Kroo Ba Ban, the ex Abbot of Wat Mae Ya temple. 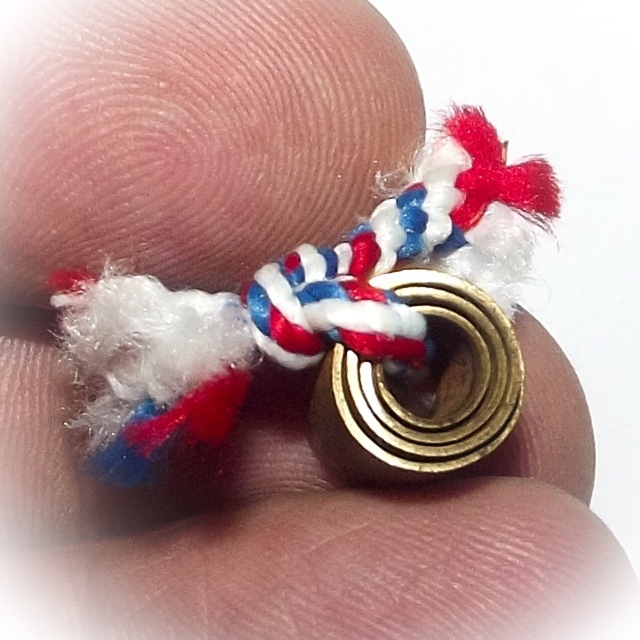 He is proficient in the Wicha of Lanna Amulet making and in addition, a Master of Kata Akom and Agkhara Lanna Magical Script, and Sak Yant Thai Temple Tattoos. Pra Ajarn Gorp Chai refuses to allow himself to be tempted to invent any modernisations, and maintains the integrity of the Northern methods of Lanna Sorcery. 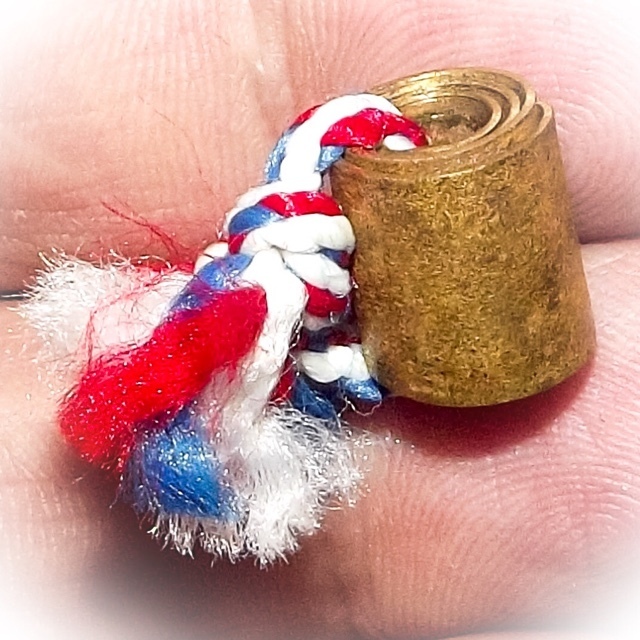 Below you can see him empowering some of his recently hand made amulets which he made specifically on request for Ajarn Spencer Littlewood (Proprietor of Thailand Amulets), for distribution to our friends and customers.

The amulets of Pra Ajarn Gorp Chai are amongst the most highly recommendable and authentically empowered with the inimitable personal touch of the master, which is becoming ever harder to find in modern times. it is our duty to discover and present you with the best amulets with authentic Wicha, and this is the reason why Pra Ajarn Gorp Chai has become one of our top recommended masters 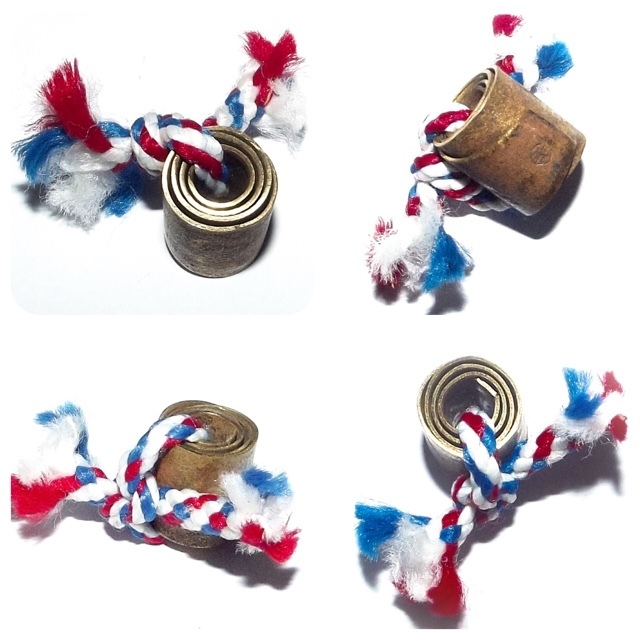