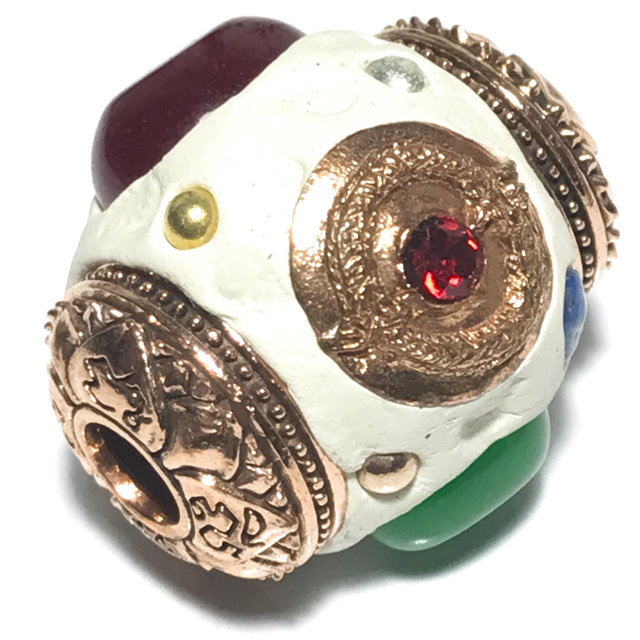 Through the power of this Sacred Muan Sarn and Magickal elemental Relics, this extremely powerful formula of Magickal Elemental Sorcery is molded around a metallic Takrut scroll spell which has a hollow interor channel. The hollow channel can be utilised for passing a thin cord through, to wear around the waist or neck or other limbs such as the arm. You can also use to write your wishes on a small piece of paper and roll it up, and insert it into the hole. 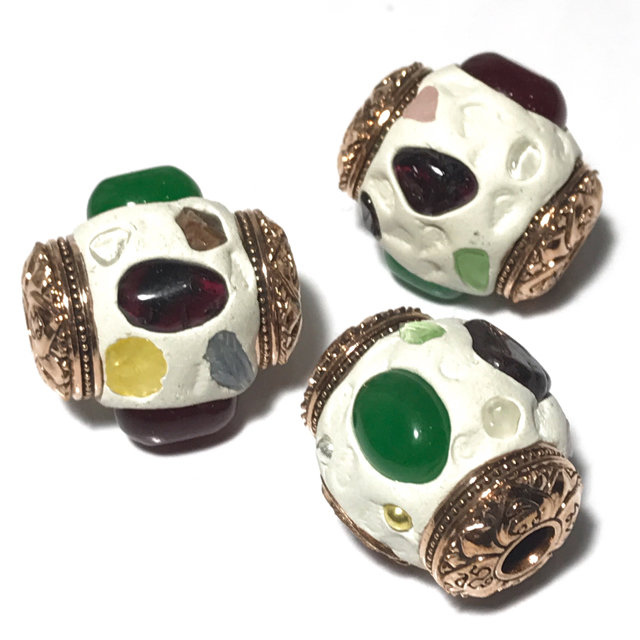 The Takrut, is covered with Sacred muan Sarn substance, which is completely stuffed full of Sacred Relics, and Maha Pokasap Beads, with Lek Lai Adamantine Substance. The Takrut is attached to a neck cord, for it is important for the Muan Sarn of the Takrut to touch your skin. The short cord will allow you to wear it around your neck. The cord can be removed and encase the amulet in Waterproof Casing if wished, and still receive power, but the Takrut is made for contact with the skin for maximum effect from the Kaya Siddhi Elements and Muan Sarn Sacred Powders. In the end, the choice is yours, for we provide both options. 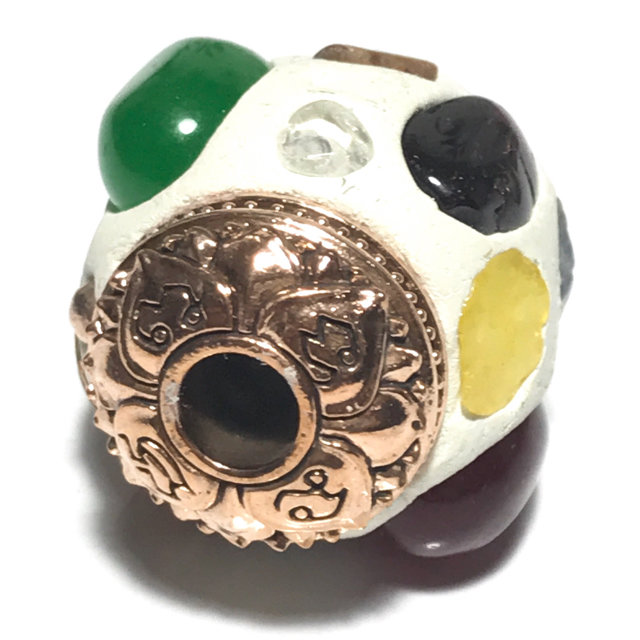 Invoked with Incantations to make the gems and lek lai flow as if through honey and attach themselves into the indentations of the Takrut through their own force of will, without any human intervention except for Incantation. Small indented 'Unalome' spells are pressed into the surface of the Sacred Powder Muan Sarn substance that covers the Takrut. 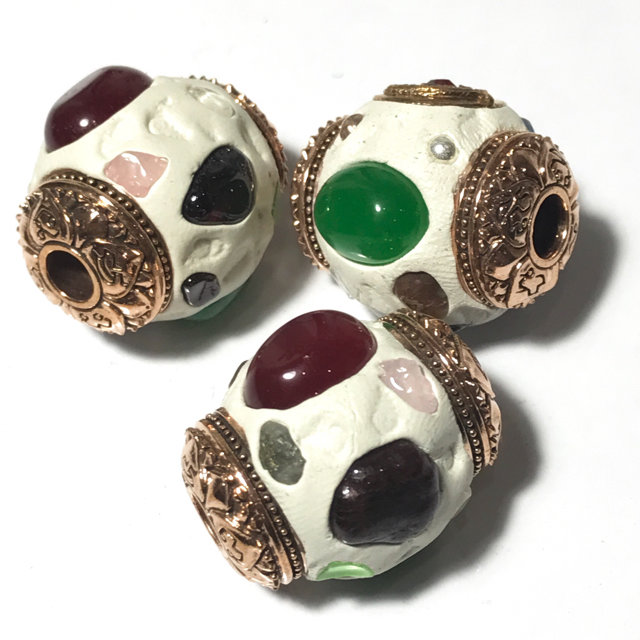 Each relic bead is empowered with its own special elemental forces. The substances in the formula of this admixture invoke an Aura of Commanding Power, and Impressiveness, apt for those who are in possitions of command, or who seek promotion in competitive professions, the elements of the spell are empowered with the magick of the Nagas, with Maha Lap Maha Pokasap Serm Wasana, to bring Great Wealth and Good Fortunes to the wearer. 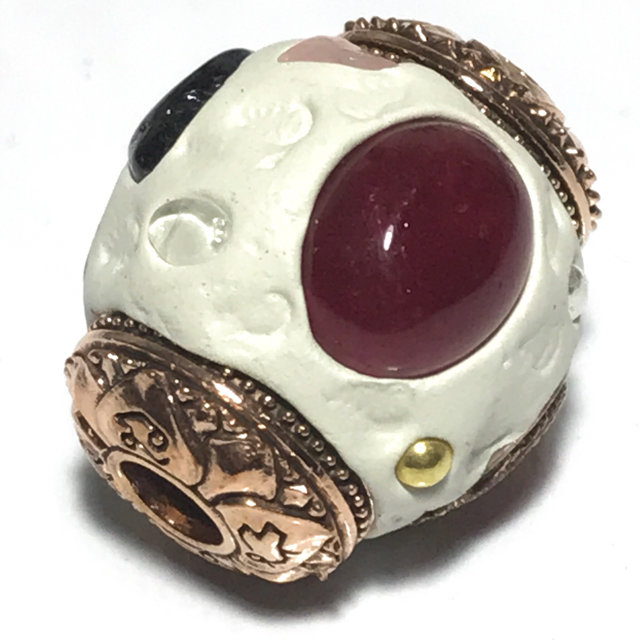 The Magick of this most very special and rare to encounter Takrut Look Om spell is primarily for Serm Yos (Promotion of Status) Serm Duang Chadtaa (Improve Karma) and Maha Lap (Increase Wealth and Good Fortunes), but also possesses Kong Grapan Chadtri Invincibility and Gae Aathan Anti Black magic Powers of the Naga. You can Pray to the Takrut Look Om Nak Suriya Successful results with gambling and lottery. 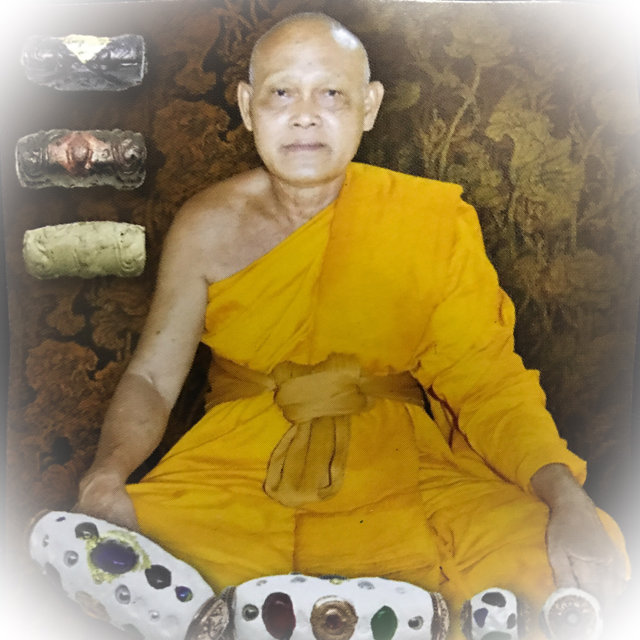 Luang Por Som is an Adept Master of Invoking the Naga Beings, and has used his Wicha to invoke the Deities of Bodhala to empower and imbue their various magical qualities within the amulets. The Takrut are highly decorative with sacred copper seals, immensely rich sacred powders, and a vast assortment of magical elements embedded within the Muan Sarn Sacred Powders, including Lek Lai, Chanuan Kring Beads, and Ploi Sek Maha Pokasap Enchanted Gemstones 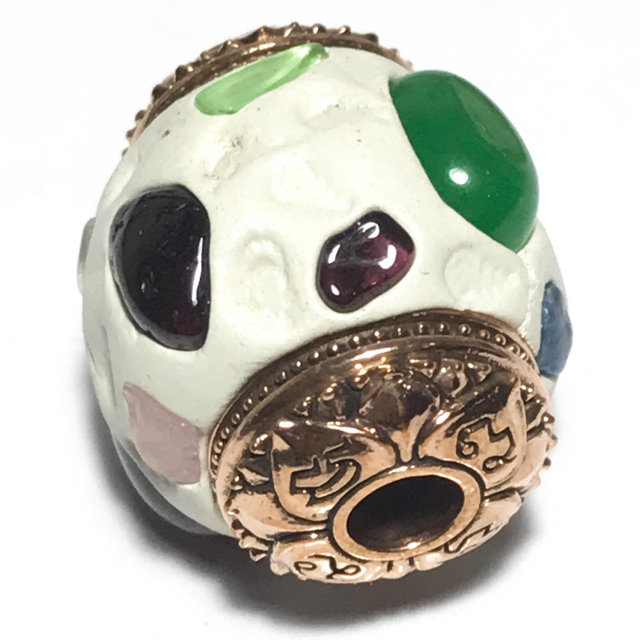 The Naga is an extremely powerful and magical being of the Bodhala Underworld, and is a Deva Being, who possesses Shapeshifter abilities, and can transform into Human Form at will. The Naga is a Very powerful Magical Entity and a Deity of the Thai Buddhist Pantheon. the Naga Kings are devotees of the Lord Buddha, and Protectors of the Dhamma. The Nāga are found mentioned in the Vedas, the Tripitaka, and in the Himapant Legends, and are members of the Pantheon of deities in Both Hinduism and in Buddhism. The Kings of Bodhala appear in hundreds of legends and myths, on various continents and peninsulas of the world. The Nāga are amongst the most powerful denizens of the Underworlds. 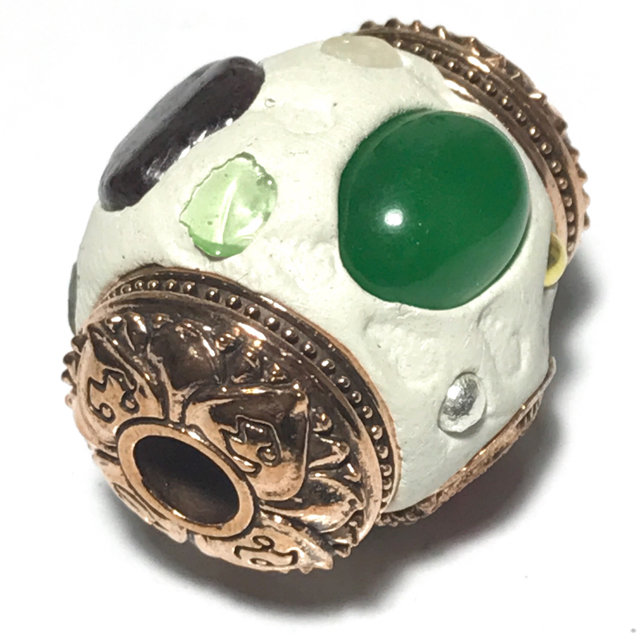 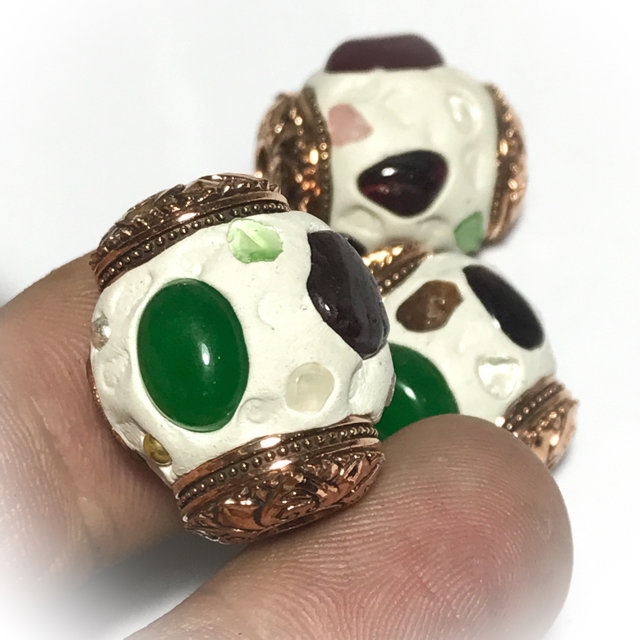 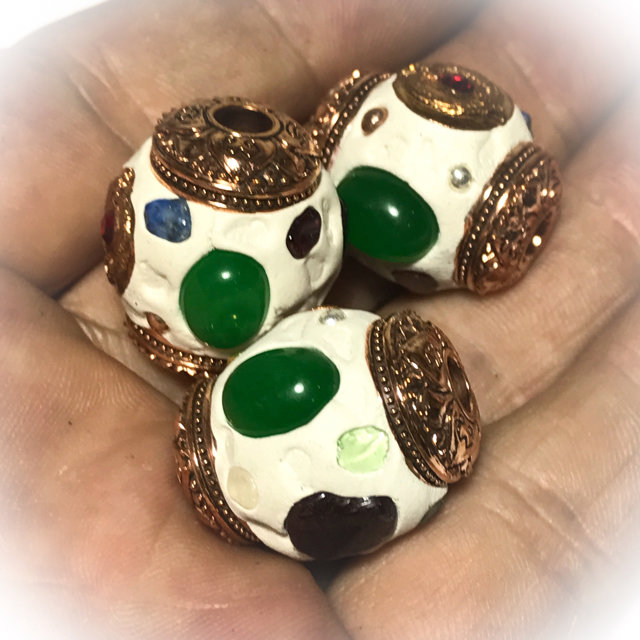 Use to pray for wealth, luck in gambling, promotion, and wish fulfilment in general. 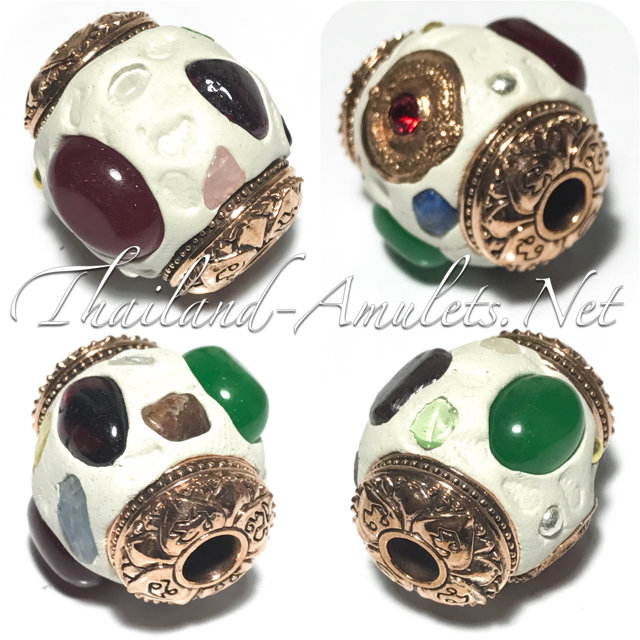