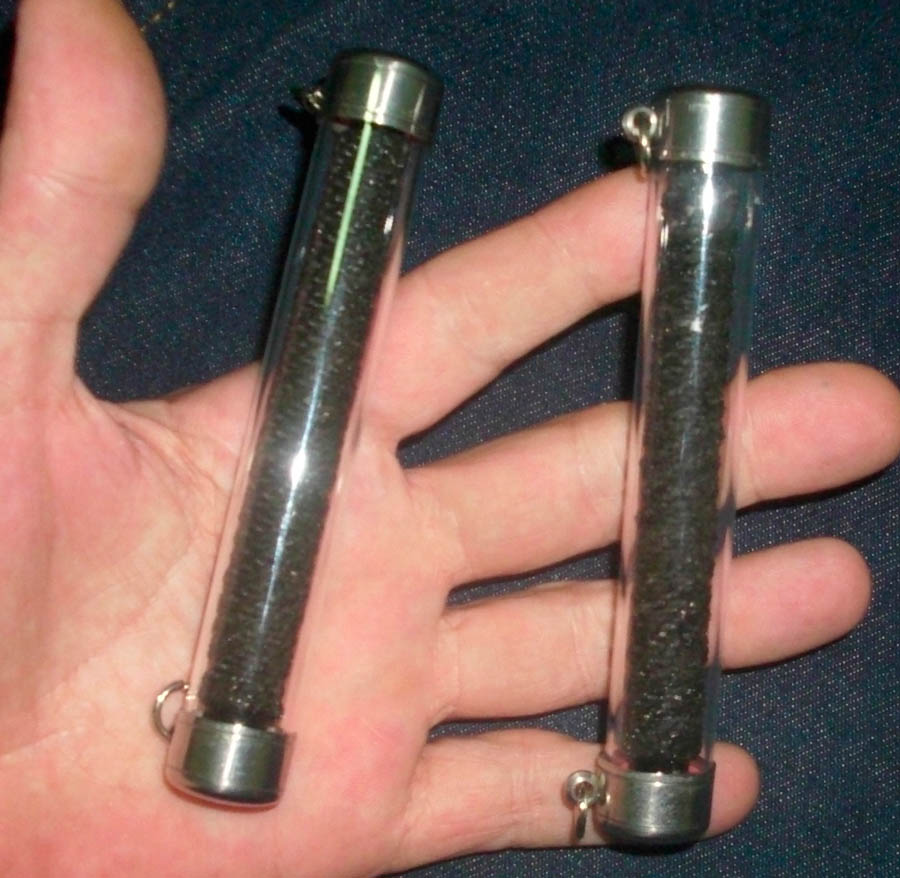 These rather large (4 inches long) Kong Grapan Takrut, are from Luang Phu Iams famous temple, Wat Sapan Sung. A must have for devotees of Luang Phu Iam and Wat Saphan Sung, and anyone who needs good Kong Grapan protection. Made according to Lp Iams ancient formula and with the presence of over 100 Gaeji Ajarn Guru Monks from arund the Central Provinces, most of them Abbots of other important temples, and Gurus in their own right. This makes the Puttapisek blessing in 2549 BE one of the Great Puttapisek opf Modern History, with such a massive number of monks present for the empowerment ceremony.

The amulet comes with tube casing included as is the international airmail registered parcel delivery, which you can track during its journey using the tracking button on the website.
This edition is called 'Takrut Solos Mongkol Luang Phu Iam Wat Saphan Sung' Made with 'Jum Rak Thak Chueak' technique of tying cord around the Takrut and immersing it in 'Rak' (a black sticky lacquer normally used for pasting gold onto Buddha statues).

Takrut Solos Mongkol from Luang Phu Iam is as hard to find as a needle in a haystack, and more expensive than diamonds. Luang Phu Iam went on Tudong and disappeared for many years from the temple of Wat Saphan Sung, Nontaburi. Because of his long absence, the local Folk came to believe that LP Iam had died, and so they made a ceremony to send merits to him. Luang Phu became aware telepathically of this, and hurried back to Wat Saphan Sung to relieve the Folk of their burden of thinking he whad passed away. Because of his long time on Tudong solatary wandering, he attained some special powers, and obtained the power of 'Solos' 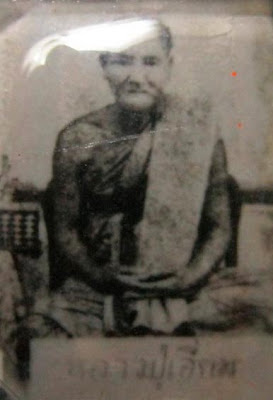 Luang Phu Iams Pra Pid Ta and Takrut amulets are of the most sought after in Thailand.

Then say in your heart of hearts;

"I ask that through the Merits of the Triple Gem, and those of my Parents, Kroo Ba Ajarn, and the Deities whose names reside within this Takrut, and have Magical Powers in this Tagrud, to protect and guide me - Saatu"

Makhomangu Ahosi (say when taking off the amulet, or hanging it up somewhere in storage)

These Takrut amulets, made according to the original formula as taught by Luang Phu Iam, were made in 2549 by Luang Por Khaw, abbot of Wat Saphan Sung, to celebrate the 111th anniversary. The Takrut were blessed along with a host of LP Iam Pra Pid Ta anniversary amulets at Wat Saphan Sung. The Takrut were made exactly according to LP Iams instructions of how to make the Solos Mongkol Takrut powerful.

Anyone who is a devotee of LP Iam or has heard of his greatness and powers, can consider this Takrut a genuine recommendation for you, as it is a genuine Takrut made with the Wicha taught by LP Iam to his heirs at Wat Saphan Sung, which is however much more affordable than the impossible to find or too expensive to purchase original LP Iam Takruts.