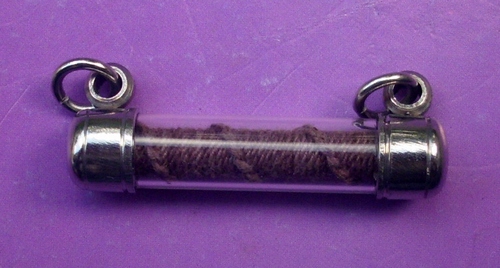 This Takrut is one of two Takruts, one for males and one for females, by Ruesi Ajarn Akaradech. This one is for Males, the one for females is bound with white cord. Casing and postage are included in the price for this amulet. The Takrut is small and portable and can be carried unseen easily. Roughly 4.3 Centimeters long in the case 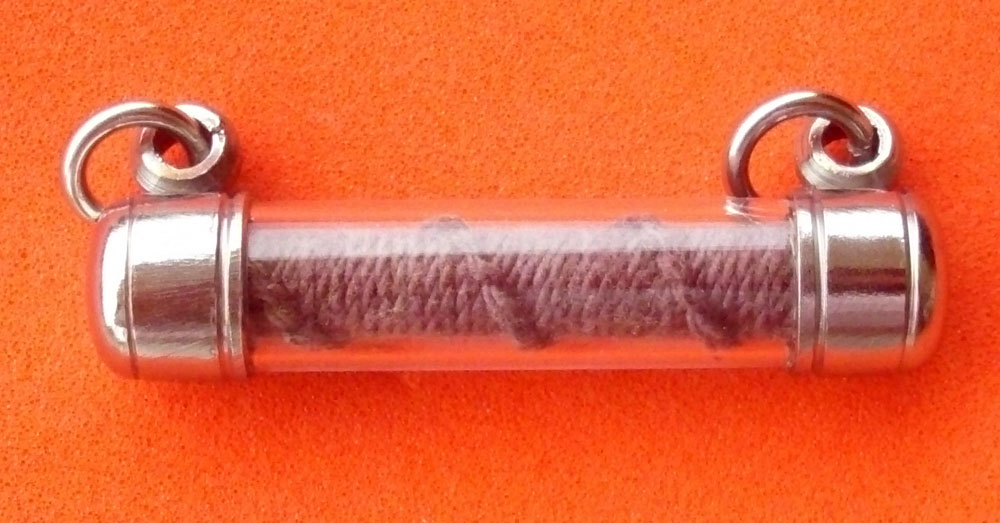 It is one of the most preferred and popular amulets of the Samnak, and is famous for its powerful effect. The Takrut is a rare spell to see, and is not often attempted because it has a very complex and difficult creation method. The Takrut is made by inscribing the sacred Na Samrej. This is done by rolling and folding the Yantra foil to make the sacred Na disappear and then perform a new inscription again 108 times on the same foil. After this, sacred Mantras and Yantra are added in the same way. The correct performance of this ritual should leave the yantra foil looking like a normal blank foil when finished, which is part of the magic of the concealment of the 108 Sacred Na, Kata Spells, and Yantra designs. in total then, the Takrut contains 108 Na, 108 mantras and 108 Yant. Once tis Takrut foil is completed, it is then given the inscription of Yant Sanaeh Deung Jidt ( a charm Yantra to attract the minds of others towards you), which is a Wicha which Ajarn Akaradaech learned from a Kammathana Forest Monk from Phu Langka (Payao, North Thailand). It took him 3 years to complete tha creation of these Takrut.after thew Takrut fols are ready and rolled into their final state, the Takrut were then filled with sacred Muan Sarn powders; 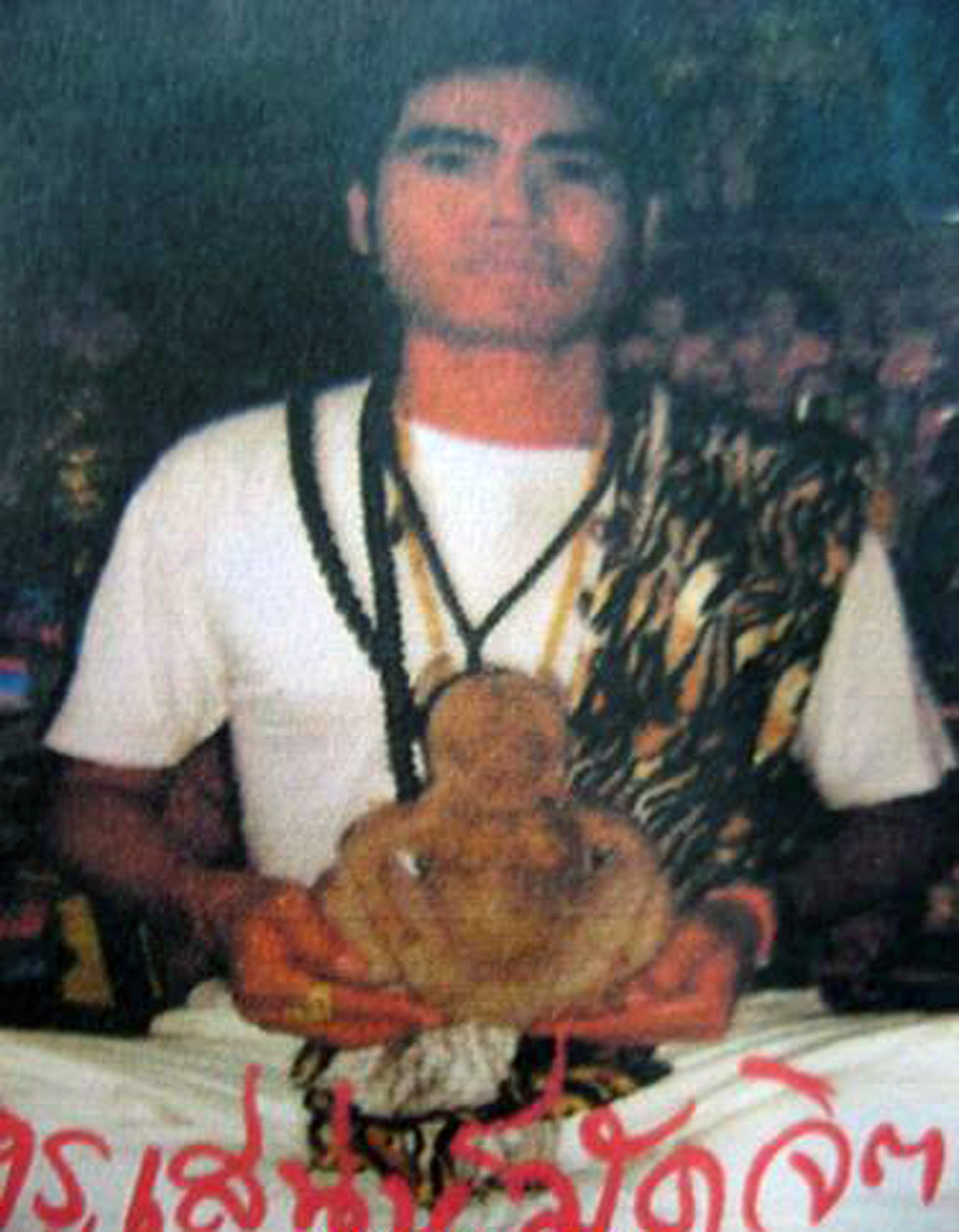 After this, they were bound with magical cord whilst performing incantation of the Kata Mad Jidt Phuug Jai for the whole time without pause. This must be performed in the early morning of a Monday of the ascending Moon, in the time between the first sounds of the birds singing, until they stop at the end of morning. The incantations are made for however long the birdsong lasts, repeating the process each day. The Ruesi Deity Phu Jao Saming Prai (Tiger face Ruesi) also was invoked, and came down from heaven to assist and add his incantations to the Takrut with the Kata Tewada Hlong Hong (Paetch Payatorn), Kata Hongs Rong Mangorn Ram, and many other secret Kata of the netherworlds, which we cannot reveal to the public, for they are bound by a rule of secrecy. The person who gets the amulet, will be informed of the special Kata they must chant, per email, because it is a personal kata given to you, and must not be shared.

tube casing is included in the price

Before you bring this Takrut into the house with you, you must light five incense sticks and tell the local devas and spirits of the house, and offer a glass of rice whisky (Hlao) or similar to the Takrut each time you want to use it for enchanting. Once you have placed the offerings, kneel in front of the altar, holding the Takrut, or leaving it on the altar in front of the offerings, and chant;

(you must hold the person you wish to enchant in your mind when chan ting this as storngly as possible, and concentrate as powerfully as you can on the Takrut as you do this).

The Takrut Metta Ramjuan is pure Maha Sanaeh purposes and should only be used for winning the heart of a desired person. Do not confuse this with a sex charm, it is for gaining the heart of the man or lady you love, and not for light hearted promiscuous behavior.

there is also a double version, with one white and one black takrut bound together like twins.