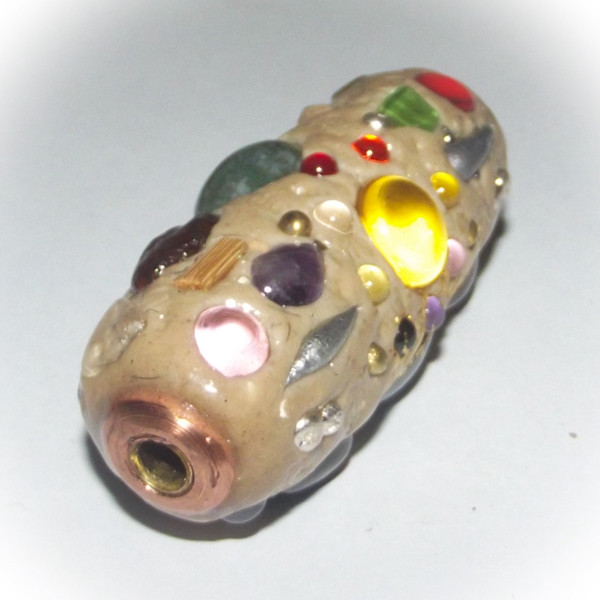 Ongk Kroo masterpiece version of the Takrut Serm palang Gaay Loka Dhatu (Nibbana Elements) With Adamantine Lek Lai Substance, from Pra Ajarn Somporn.Through the power of this Sacred Muan Sarn and Magickal elemental Relics, this extremely powerful formula of Magickal Elemental Sorcery is molded around a metallic Takrut scroll spell which has a hollow interor channel for passing a cord through to wear around the waist or neck or other limbs such as the arm.

The Takrut, is completely stuffed full of Sacred Relics, and Maha Pokasap Beads, with Lek Lai Adamantine Substance. We provide a small and large cord attachment to thread through the amulet and wear it. We do not reccomend waterproof casing as it is important for the Muan sarn of the Takrut to touch your skin. The short cord will allow you to wear it around your neck.  A longer waist cord is also provided in case you prefer this option. 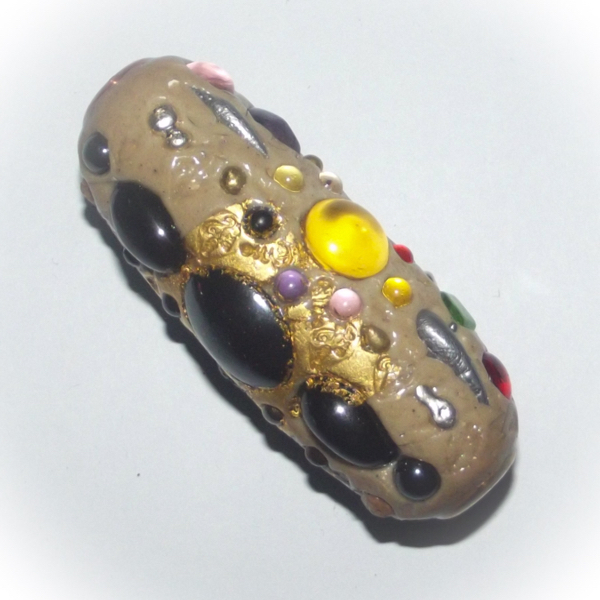 Invoked with Incantations to flow like honey and attach itself into the indentations of the Takrut thorugh its own force of will, without any human ingtervention ecept for Incantation. A gold leaf blessing and Indented 'Unalome' spells are embossed upon the surface of the Sacred Powder Muan Sarn substance that covers the Takrut. 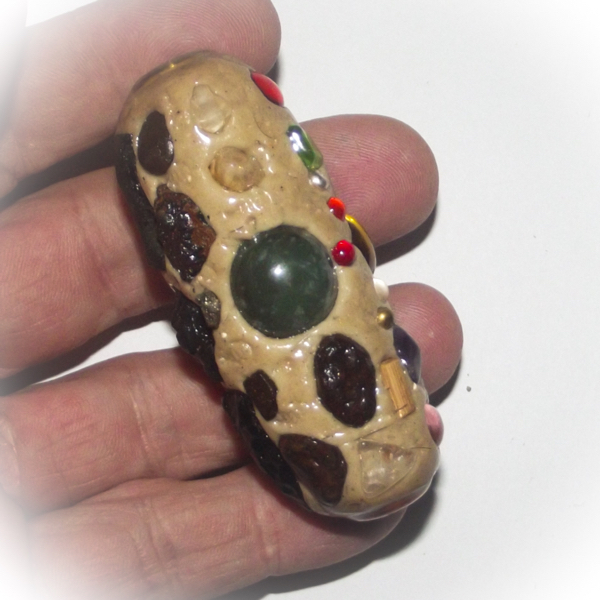 Each relic bead is empowered with its own special elemental forces. The substances in the formula of this admixture instigate the healthy working of the biological functions of the body, to produce a healthy body and high stamina, as well as a high resistance against all forms of illness, be they bacterial or inherent (e.g. cancer). The Takrut assists in helping your defense system to purify poisons and impurities in the bloodstream, increasing the effectiveness of your natural defenses. 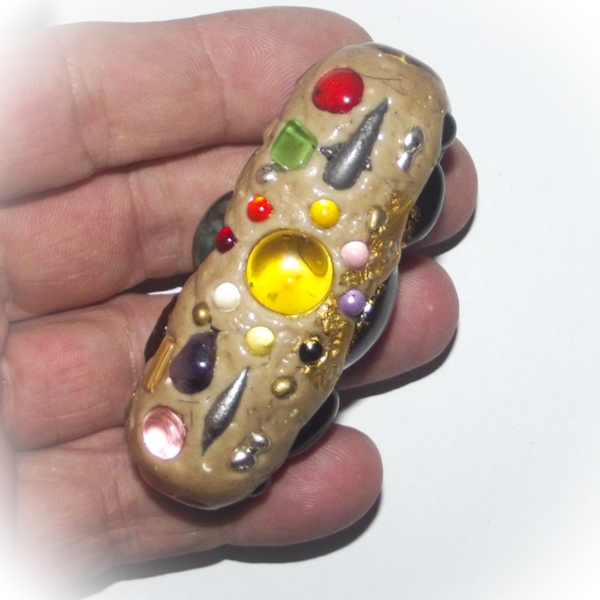 The takrut also improves mental focus and attention span for academic studies, making it easier to remember what one has learned and strengthens focus.

Funds raised from this special amulet release go to build a Chedi Stupa at the Temple of Pra Ajarn Sompongs, in the form of a Pyramid, which is to be completely covered with Lek Lai Kaya Siddhi Adamantine Substance through Magickal Means. 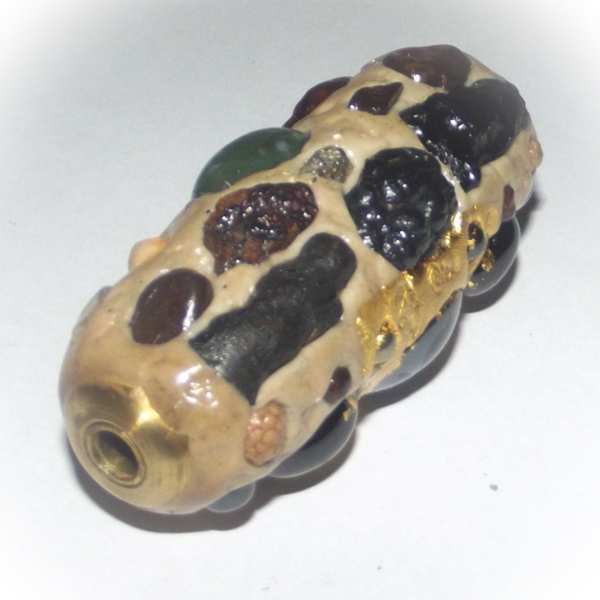 Above; Lek Lai is visible on this side of the Takrut

The Magick of this most very special and rare to encounter Takrut spell is of course to improve personal physical health and strengthen your stamina and resistance against all illnesses, fevers and lack of stamina/libido. Preventing Infection of wounds, Bone pains and curvature,, and increases the flow of oxygen that enters into the bloodstream, affecting the blood cells with a healing and strengthening force. Your tendons and muscular pain should be reduced through the Magick and Elemental/Herbal healing formula that worls through both Ayurvedic, Yogic Power, and Sorcery Spells of Evocation. 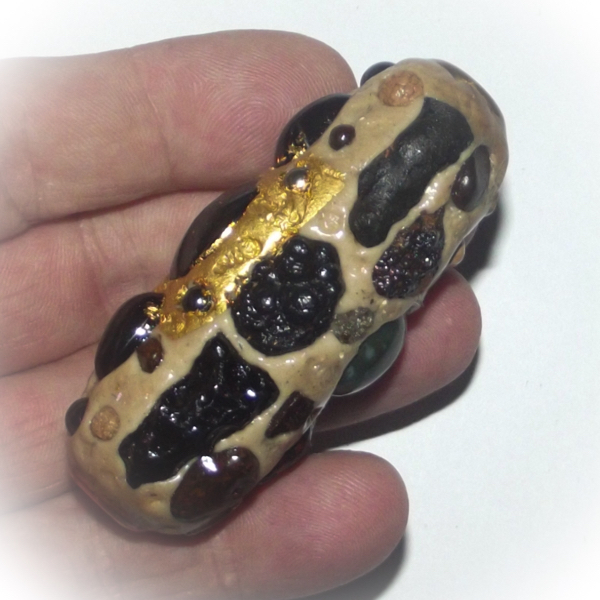 Mental Stress  and tiredness is also reduced through the calmative powers and substances within the Muan Sarn of the Takrut. The digestive system should extract essential vitamins and base elements into your bodily system to produce a healing and strengthening effect upon all the 32 different states found within the Human Body, empowered along with the Kata Akarn 32 to invoke protection and healing in each of these component parts of the Physical Body. 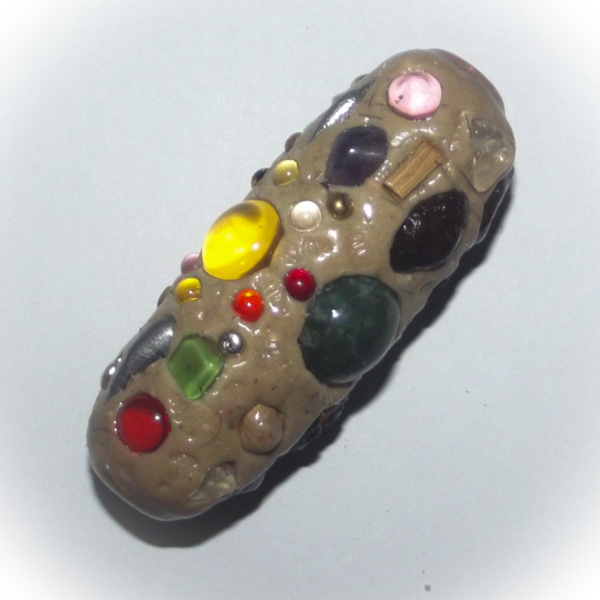