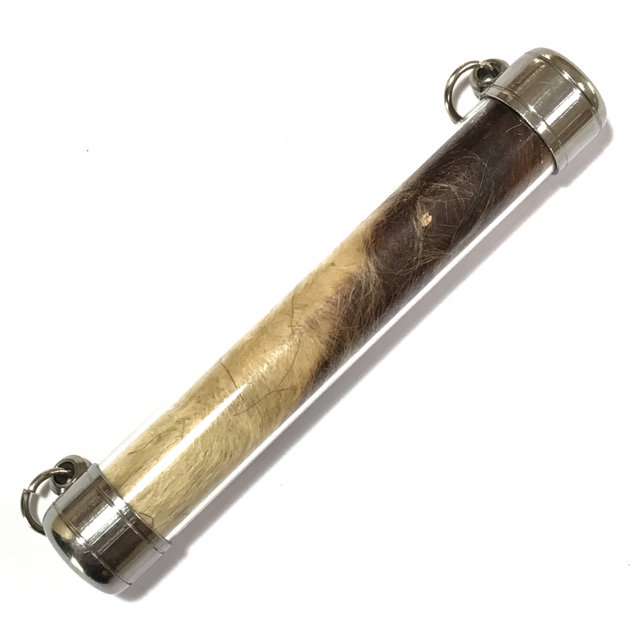 Those who are in positions of command or office, or who need to increase their status and influence over others, will be well served with this kind of Takrut. Those who wear Tiger Sak Yant Thai Temple Tattoos are especially recommended to use this kind of amulet, and to use Kata Suea and Kata for Sak Yant to empower both the Takrut and their tattoos. 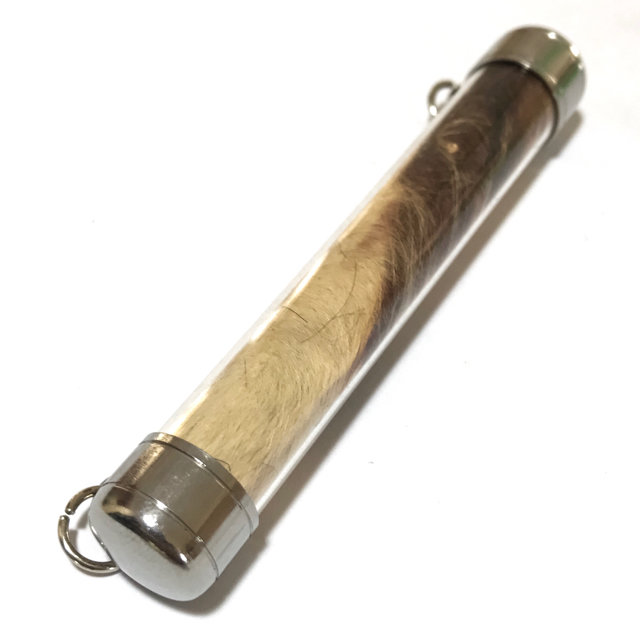 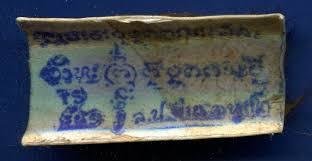 Luang Phu Phan Chantago's famous Tiger Takrut is now a seldom seen thing, since his passing, all of his amulets disappeared from the public view, as most of them were depleted after his passing at the funeral ceremony, where devotees thronged to pray for his blessings and pay reverence to Luang Phu Phan.

The amulets of Luang Phu Phan are renowned for Kong Grapan Chadtri Klaew Klaad Maha Amnaj power, with many tales of devotees recounting miraculous events with his amulets. 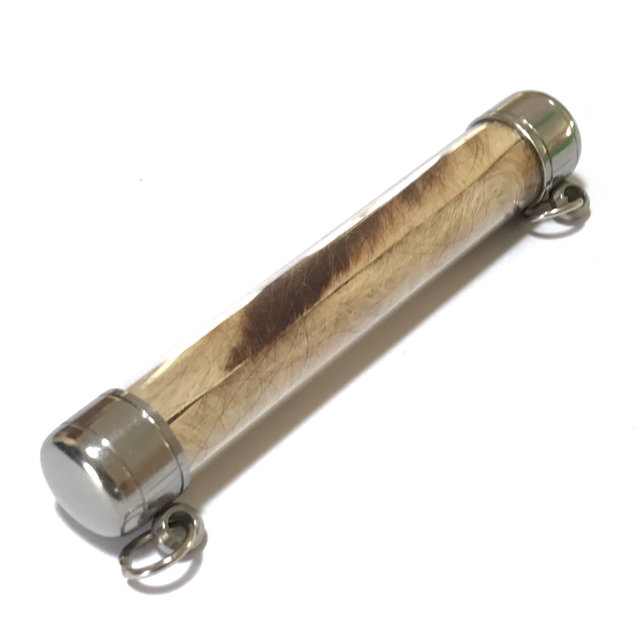 Luang Phu Phan was highly renowned for his Na Hnaa Tong gold leaf face blessing, which required seven visits seven days apart from each other, to complete all stages of the spell. The spell was found to bring a large number of devotees to success in their endeavours, and led this monk to be visited by throngs of devotees on a daily basis. His many amulets brought peace of mind and spiritual support to the devotees of Prajinburi and his large pantheon is a fascinating study in itself. 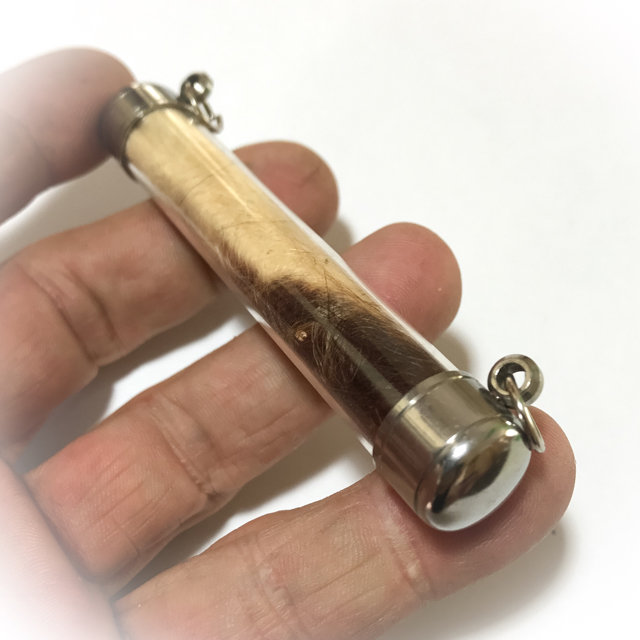 This Takrut measures 3 Inches and is made from a piece of hide inscribed with Khom Agkhara spells, and rolled into a Takrut scroll within stainless steel capped tubular casing. Empowered with Maha Ud Klaew Klaad Kong Grapan Chadtri power to evade dangers, protect against physical harm, and radiate commanding power and influence. 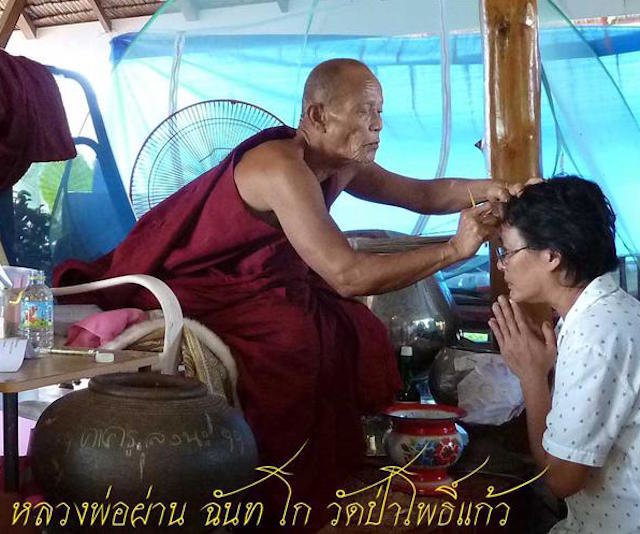 Luang Phu Phan was born on 16th February in the year 2460 BE, in Radtana Buri, in Surin. He had 14 siblings, and went to school to the fourth primary grade, where he then ordained as a Samanera Novice Monk. After 2 years Luang Phu then went to study Dhamma at Wat Samrong Yai, after which he disrobed to help his parents at the age of 25.

He reordained on the 16th of May in 2516 BE, at Wat ban Tung Term in Ubon Rachathani. He practiced Vipassana Kammathana and Eighfold Path under Pra Ajarn Uan Gidtiwanno for seven months, until he reached the level where he could wander out into the forests alone and seek Enlightenment using the methods he had mastered under Pra Ajarn Uan. He wandered through the provinces until he reached Chonburi, where he came to rest and stay at Wat Khao Cha-Ang Oen. 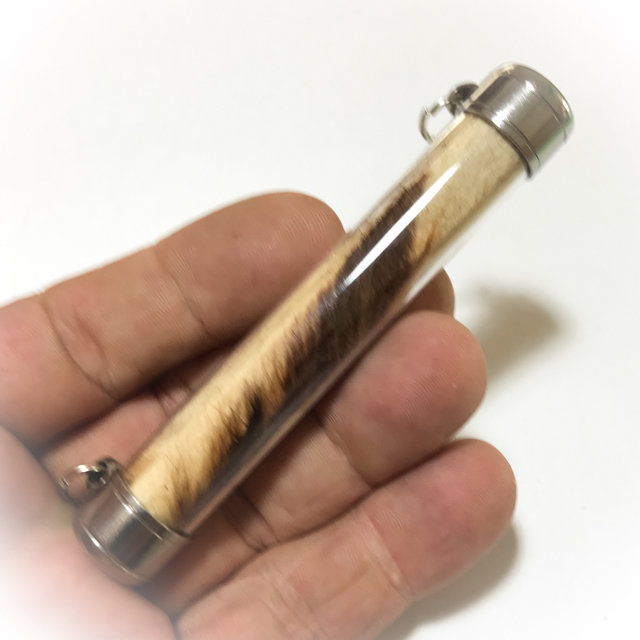 After some time he moved back to Samnak Songk None Sai, in Sri Saket, and remained there until 2549 BE, when he was on Tudong, and wandered across the municipality of Tambon Wang Hwa in Si Maha Po District, where he began the creation of a forest temple, which he called the Samnak Songk Po Gaew 2. He then developed the Samnak Songk into the Temple it is today, building many edifices and shrines, which attracted a large congregation of devotees who revered his dedication to Buddhism. 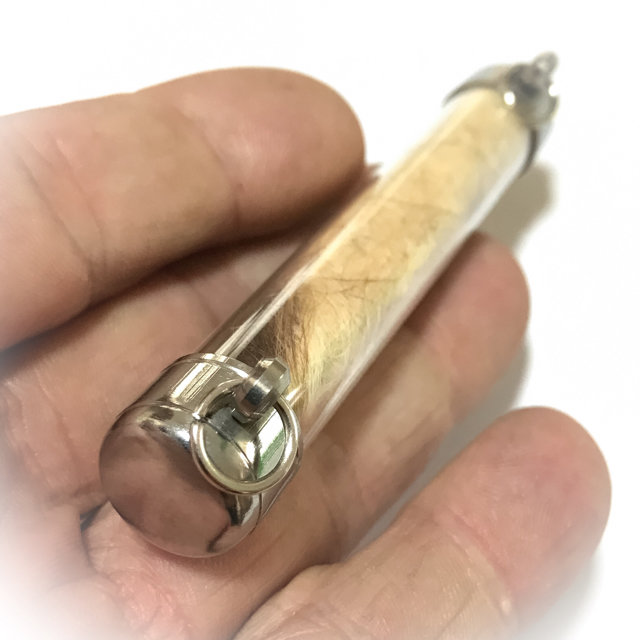 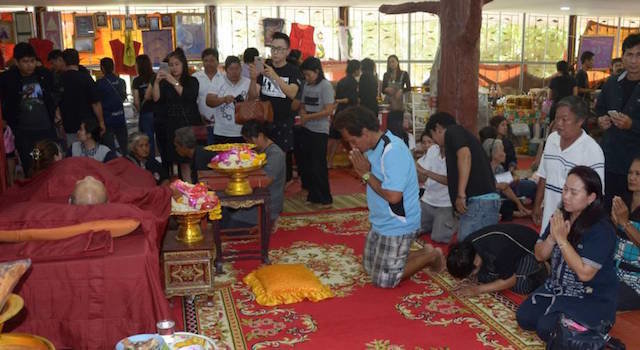 Luang Phu Phan passed away on 1st April in the Year 2560 BE, at the age of 100 years old, leaving his heartbroken devotees thronging to the temple for his amulets, as a last remembrance, and to receive his Sacred Blessings. The funeral ceremony was marked by the release of a large pantheon of memorial amulets which were blessed with the invocation of the spirit of Luang Phu Phan to empower them, performed in front of his coffin during the funeral. 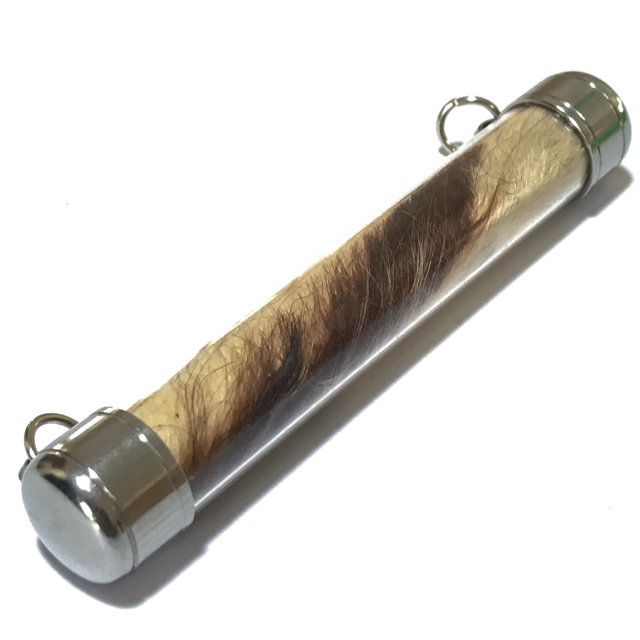 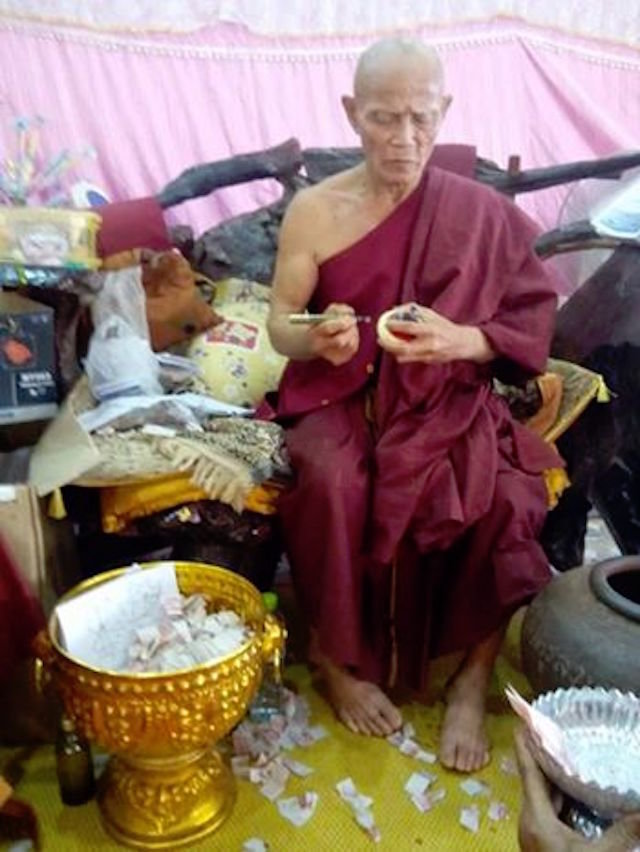 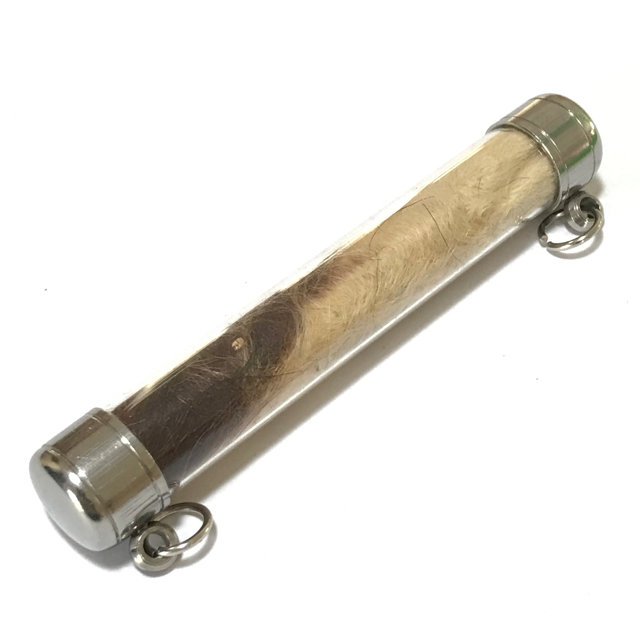 The part above in Italics (Verse 2), is not in Pali, but in Thai. If You wish, you can use the prayer in your own language, for this part, which is a request for all the possible blessings available from this Amulet.

Translation of Thai part in verse 2

Bestow these powers upon the spells written upon this amulet ward off ghosts demons and monsters, keep illnesses away, stop guns, knives, swords and other projectile weapons.

Please keep away all physical and non physical dangers, let the spells also contain Metta Mahaniyom and Maha Sanaeh attraction, and Kaa Khaay magic for good sales and prosperity, may both humans and animals feel Metta and Friendliness towards me when they see me, and may i succeed and win in all my Undertakings. So Be It! 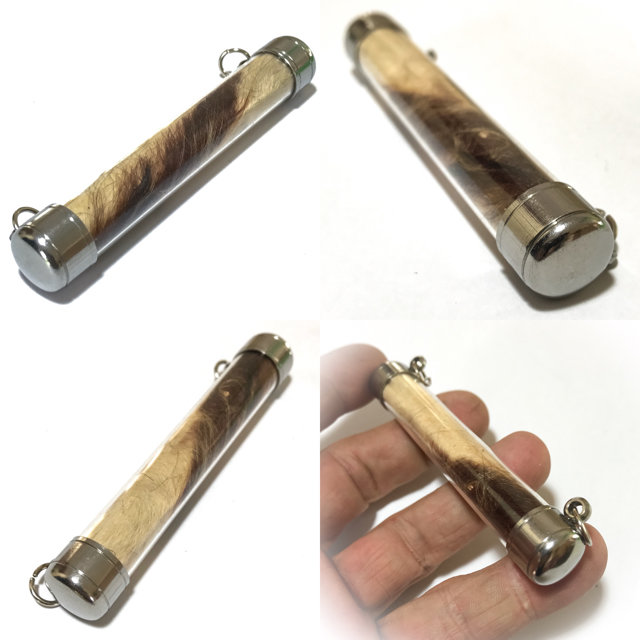