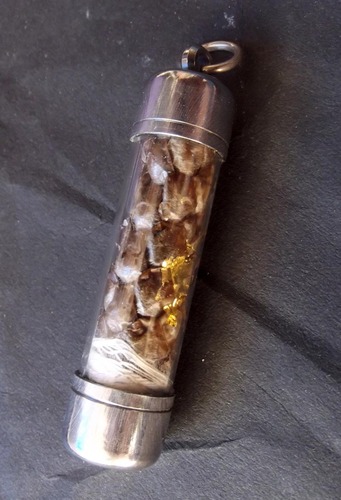 Takrut Ngu Giaw Dtaay Kana Serp Pant (Python died whilst Mating) - for Love, Gambling, Protection and Business
The Python is known for its magical properties as a Metta Mahaniyom and Maha Sanaeh Wicha, with an element of Klaew Klaad evasion magic too (slippery and hard to keep hold of in a fight - easy to slip through and escape).The Python Wicha is full of Metta, and even has Pheromonic Aromas that instigate the Endorphines and Somatic Glands to excite a person sexually. Ajarn Wirataep has embedded the Powerful and Hard to Master 'Hua Jai Na Ok Dtaek' (heartbreaker spell) inside the Takrut for ensured Maha Sanaeh effect. 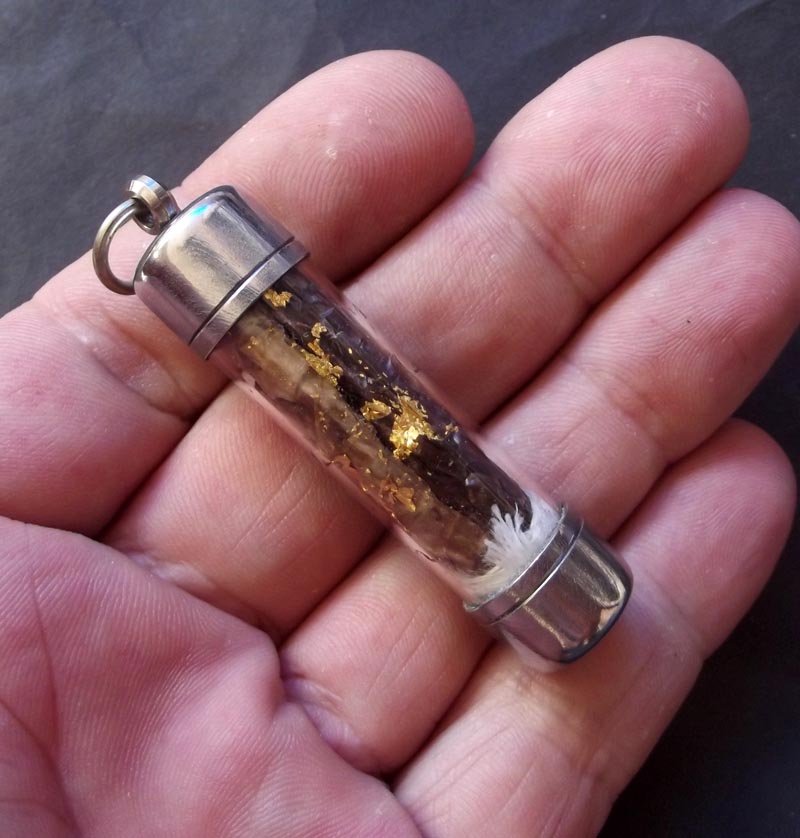 Snakes survive easily in their Natural Habitat, and the ease with which they catch their prey, and their survival powers are considered to be Naturally Magical powers present within Python Wicha amulets even without further Incantations or Psychic Empowerment. Their Musk has been used in perfumes and other potions to attract friendship and love for Centuries in many Cultures. It is also Traditionally believed, that he or she who dreams of a Python, will find their True Partner in Life. Hardcore Gamblers swear by the powers of the Wicha Ngu Hlueam (Python Magic), of which of course the 'Dueay' (spurs of the male), or the Oil Extract, are considered to be the most powerful Wicha for Gambling.

In addition, the Takrut protects from poisonous animals and insects, and evil spirits, black magic. Kong Grapan is also lent to the power of the amulet with the snake scales being an armoured element for bulletproof and pierce proof skin. The Python is a Reptile, which has Natural Sorcery and Magical powers within it, of its own accord.

It is said that the Ngu Hlueam (Python snake) does not have to wander around hunting down its prey as do other animals of the night in the forest, and has a constant flow of resources and sustenance within  reach of its mouth without fail or extra effort. Wherever the Python resides, any smaller or controllable animals who come within its territory are void of a chance to escape, and are all eaten by the Python.

When Python skin is rolled into a Takrut spell, it adopts the additional magical property of assisting Gambling, Speculative Risk, and Business Operations. Customers will increase on an ever rising rate, and regular customers who return to buy more are increased.

In the Maha Sanaeh aspect of the Takrut, the charm works well as an aphrodisiac and enchantment spell for attracting and wooing the person you desire to love you. The Metta Maha Sanaeh properties of the takrut also are useful in Litigation and legal disputes (Court Cases).

The Wicha of the Ngu Hlueam is Thus 4-fold Powerful, with Magical properties for Four different aspects of Life.

The Wicha Prai Ngu Hlueam is a Famous and Very Ancient Wicha used by Northern Lanna Peoples in Olden Times to travel safely, and to Increase their Wealth when travelling to Sell their wares. In Olden Tomes, there were no roads as such, and often it was that people would have to travel through thinck Jungle, exposed to the Extreme Danger of being attacked and bitten by Poisonous Animals. 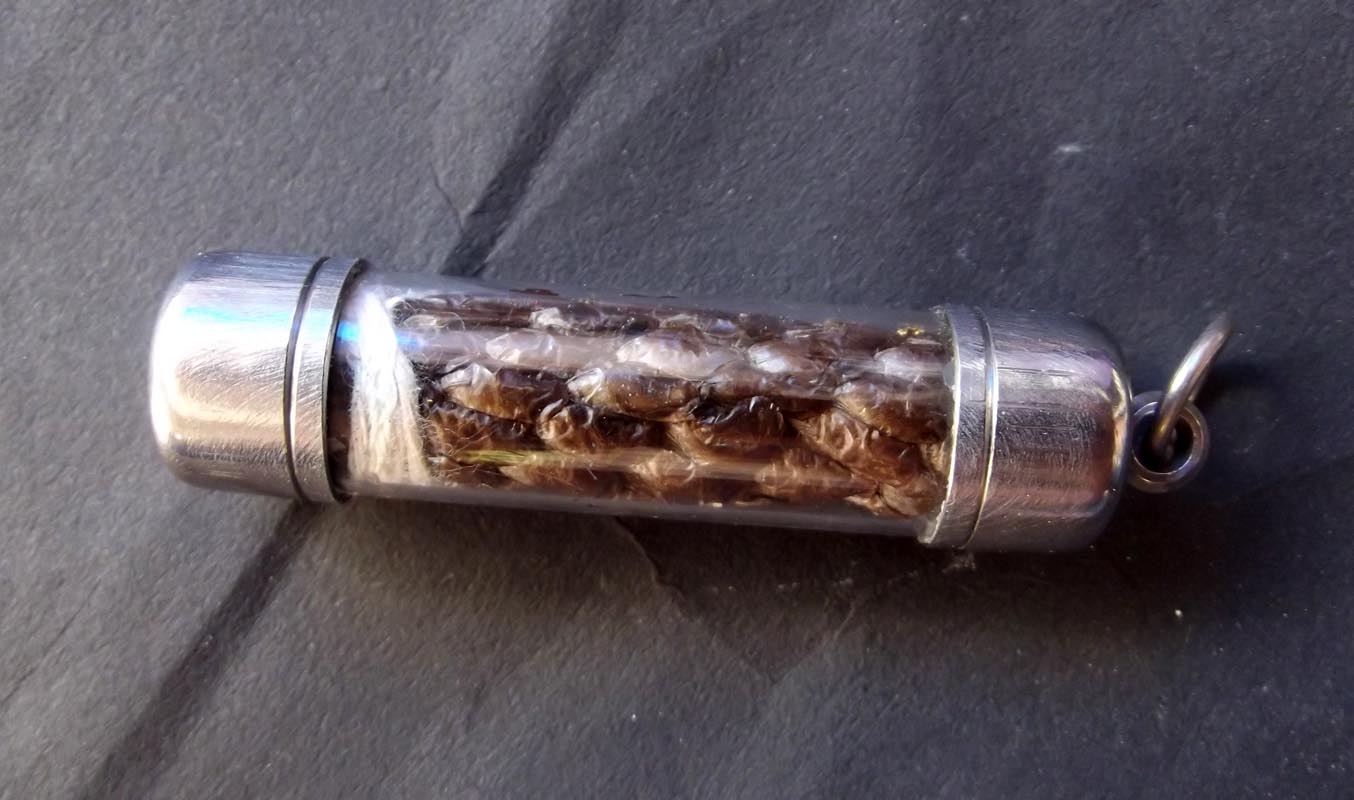 Only 49 Takrut were made

Ajarn Wirataep has made individual empowerments and hand inscription of Ancient Khom gkhara spells on each Takrut, and given the Takruts extra special Incantations for Increased Gambling Success and for Maha Sanaeh Sexual attraction.