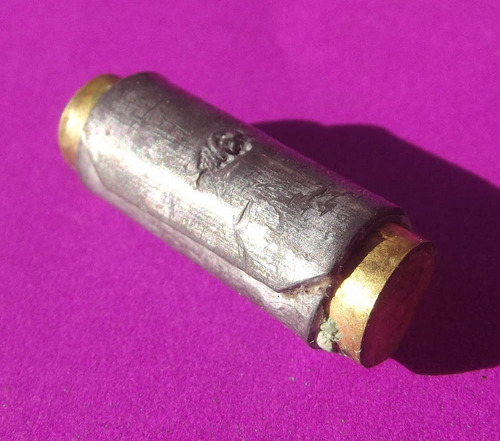 Takrut Yord Choo is yet another famous Khmer Wicha  for increasing the fascination factor in the eyes of those who approach (Maha Hlong), with powerful Maha Sanaeh Attraction Magic for pulling lovers, customers and admirers,money and treasures. Stuffed  to the brim with powerful Maha Sanaeh Powders, and sealed inside another leaden takrut spell. The Takrut is very small and portable, and can be used by both Men and Women. 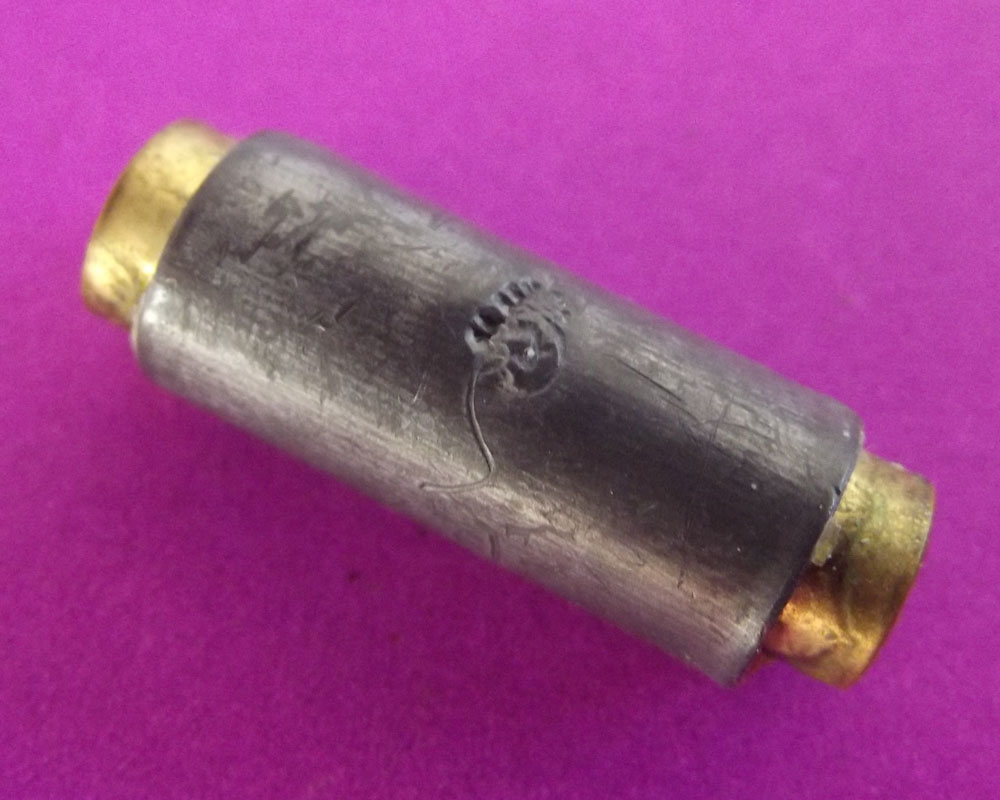 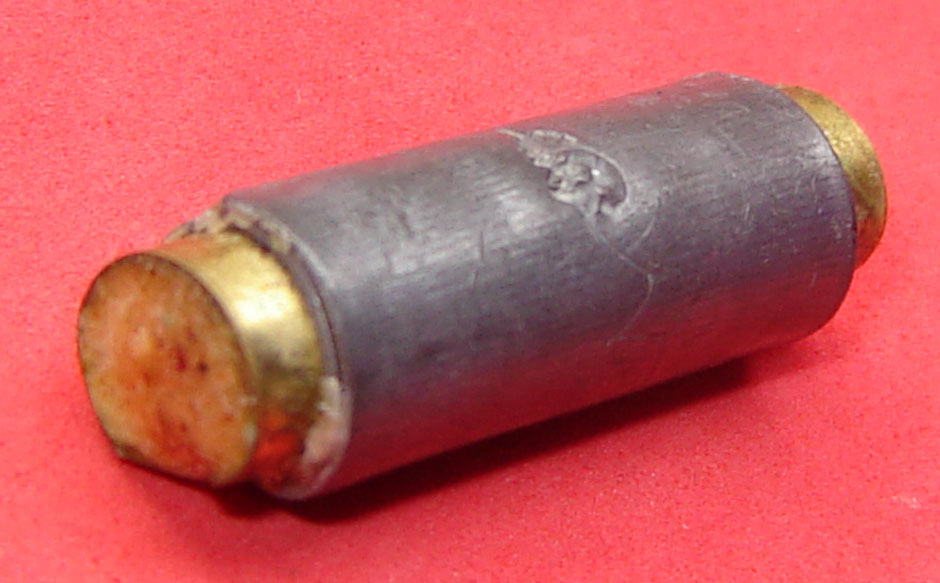 The Takrut can be worn on a neck chain, shirt pocket, or on a key chain or waist cord. 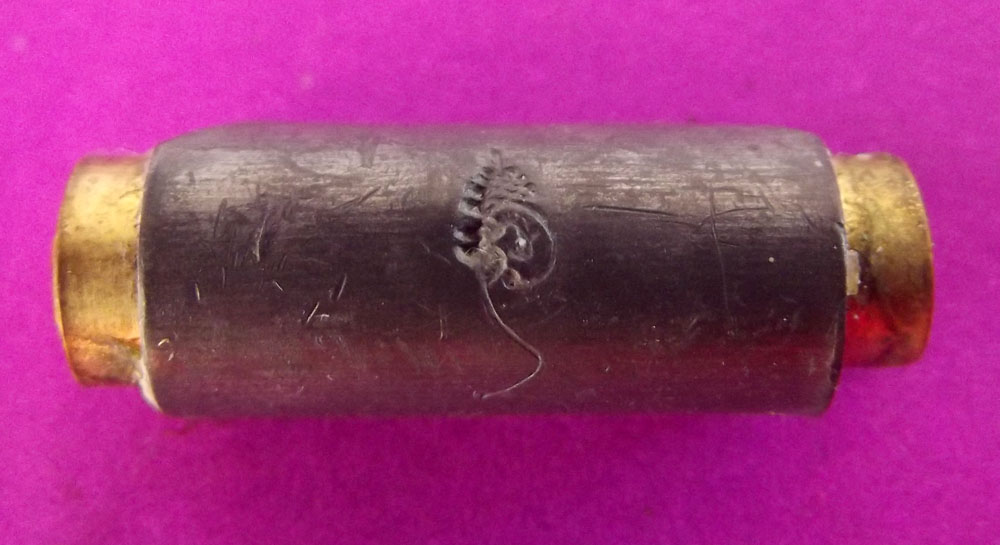 The powders were empowered with Incantations and Jhanic charging for a period of ten years by Luang Phu. The Takrut Spell was then seales with 'See Pherng Taep Ramjuan' (enchanted wax with a ruling Deva). He then spent the whole three month 'Traimas' empowerment period of rainy season giving the finished Takrut further Incantations. 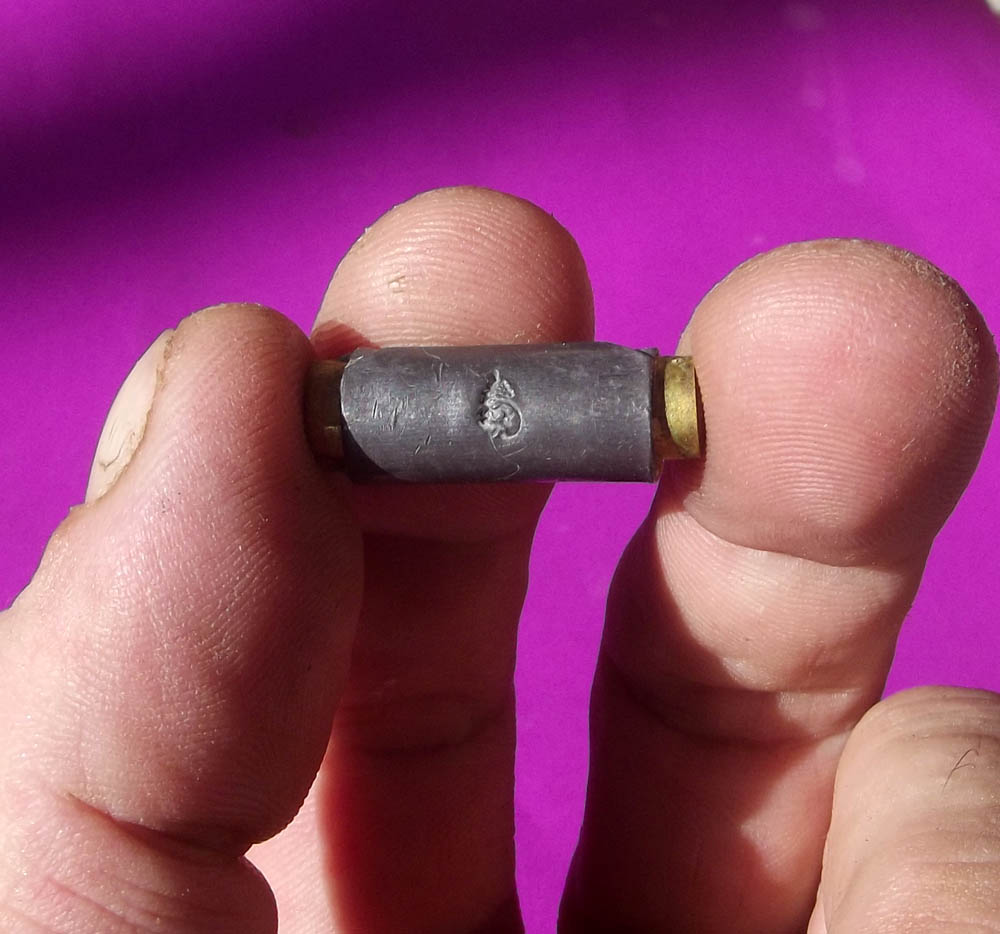 659 Takruts made in all in this limited edition.

Can be encased in transparent tubular casing if wished. 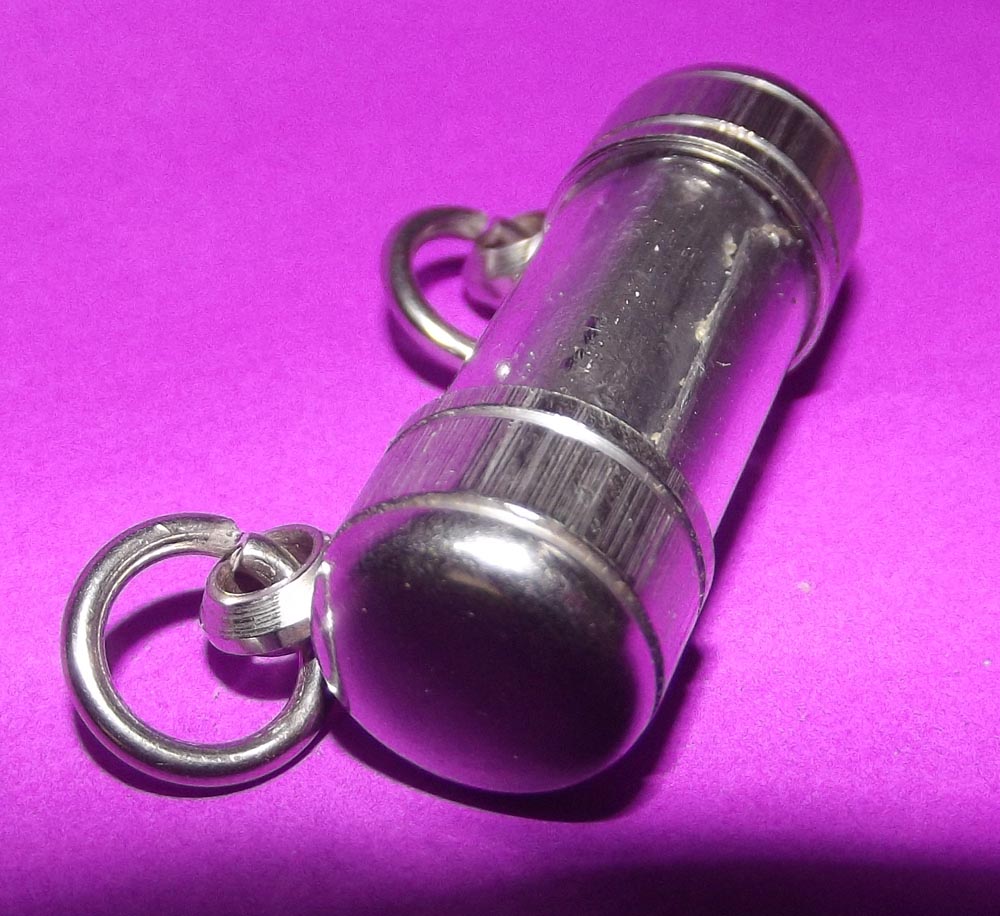 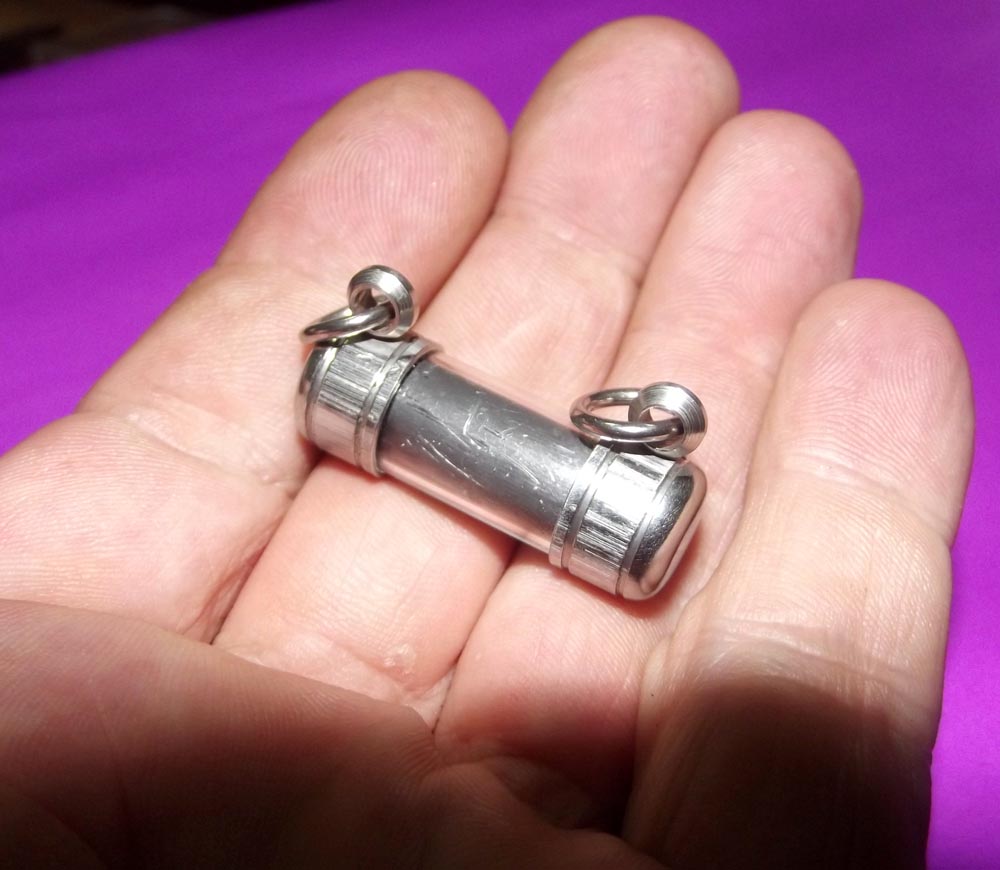 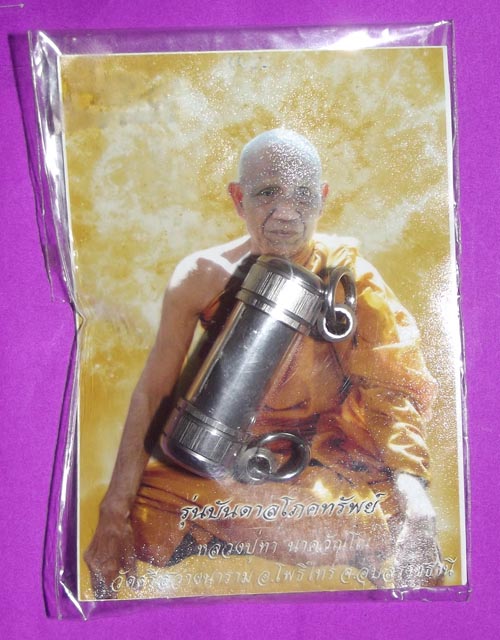