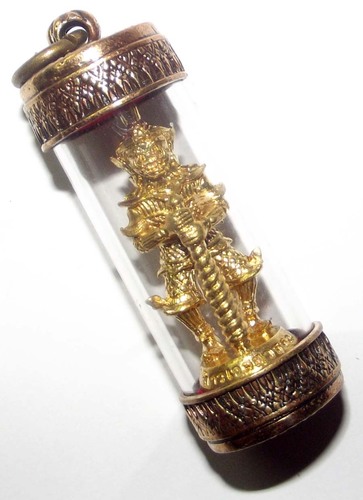 'Gae Pi Chong' means, to rectify the Karmic and Lucky Influences of the Yearly Horoscope for those who have 'Pi Chong'. Pi Chong is the Year when your starsign falls  into Inauspicious Influences, and Bad Luck sets in, Obstacles arise, and Money becomes Scarce.

This Version is made from Nuea Tong Rakang Ud Pong fang Takrut Ngern 1 Dork (Sacred Bronze Alloy with Sacred Powders in Base, and One Silver Takrut Spell Inserted) . 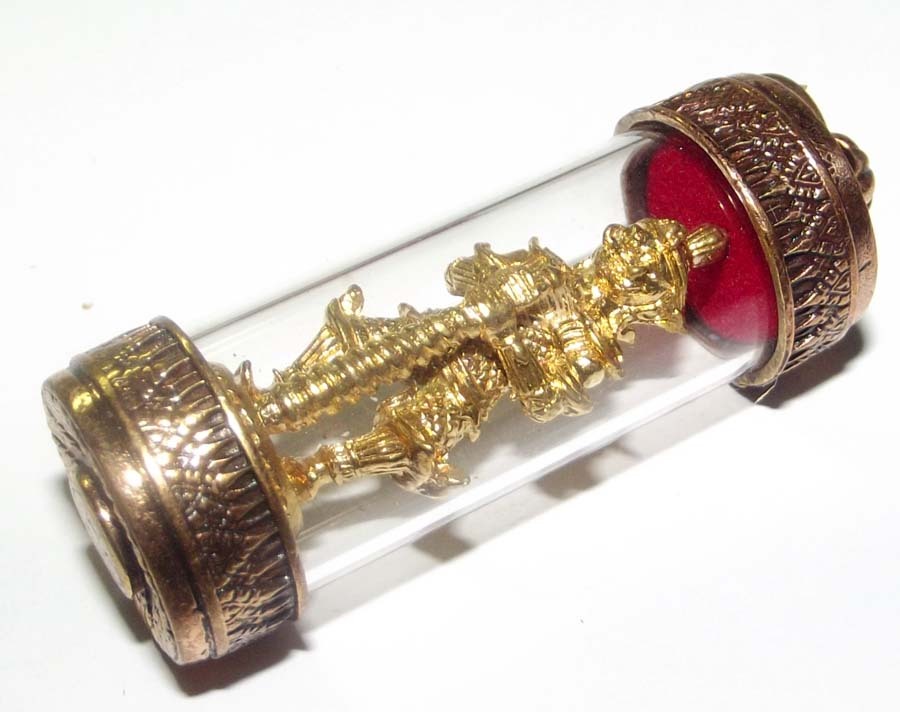 Released in a Series of  Taw Waes Suwan amulets made in various Sacred and Precious Metals, Blessed and Empowered by the Great Luang Por Foo. Luang Por Foo is one of Thailands Top 5 Living Masters for the Empowerment of Taw Waes Suwan. 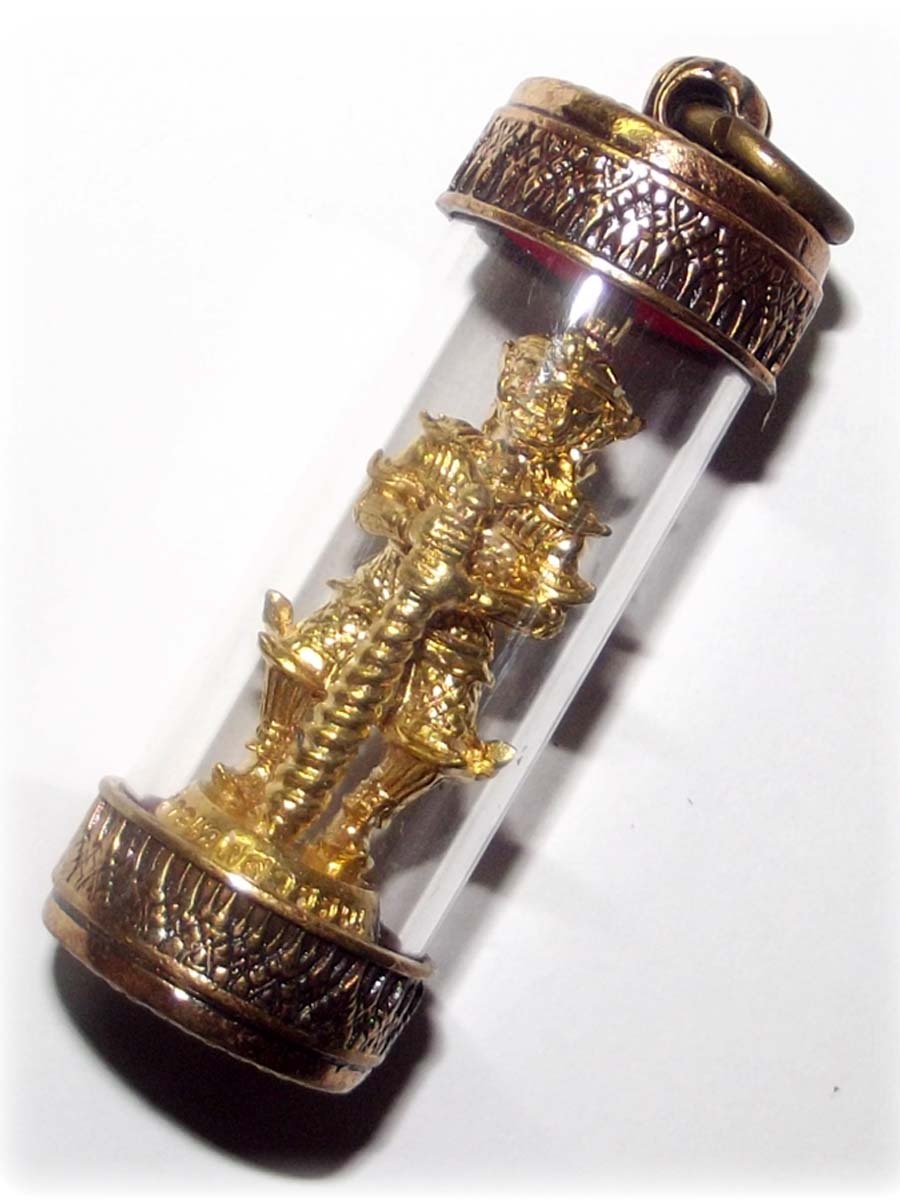 Luang Por Foo has released various editions of Taw Waes Suwan amulets over the years, along with his other famous Wicha of the Ling Jab Hlak/Hanuman amulet. His amulets have received constant interest and documentation by the Collectors and Expert Amulet   Community, and are now Published in their own Books as Documentations of his Trajectory and Amulet Editions. 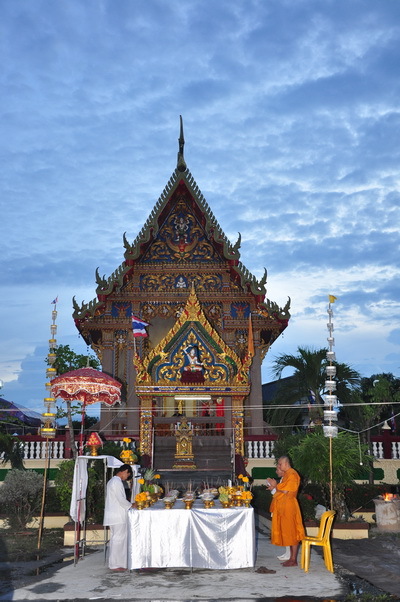 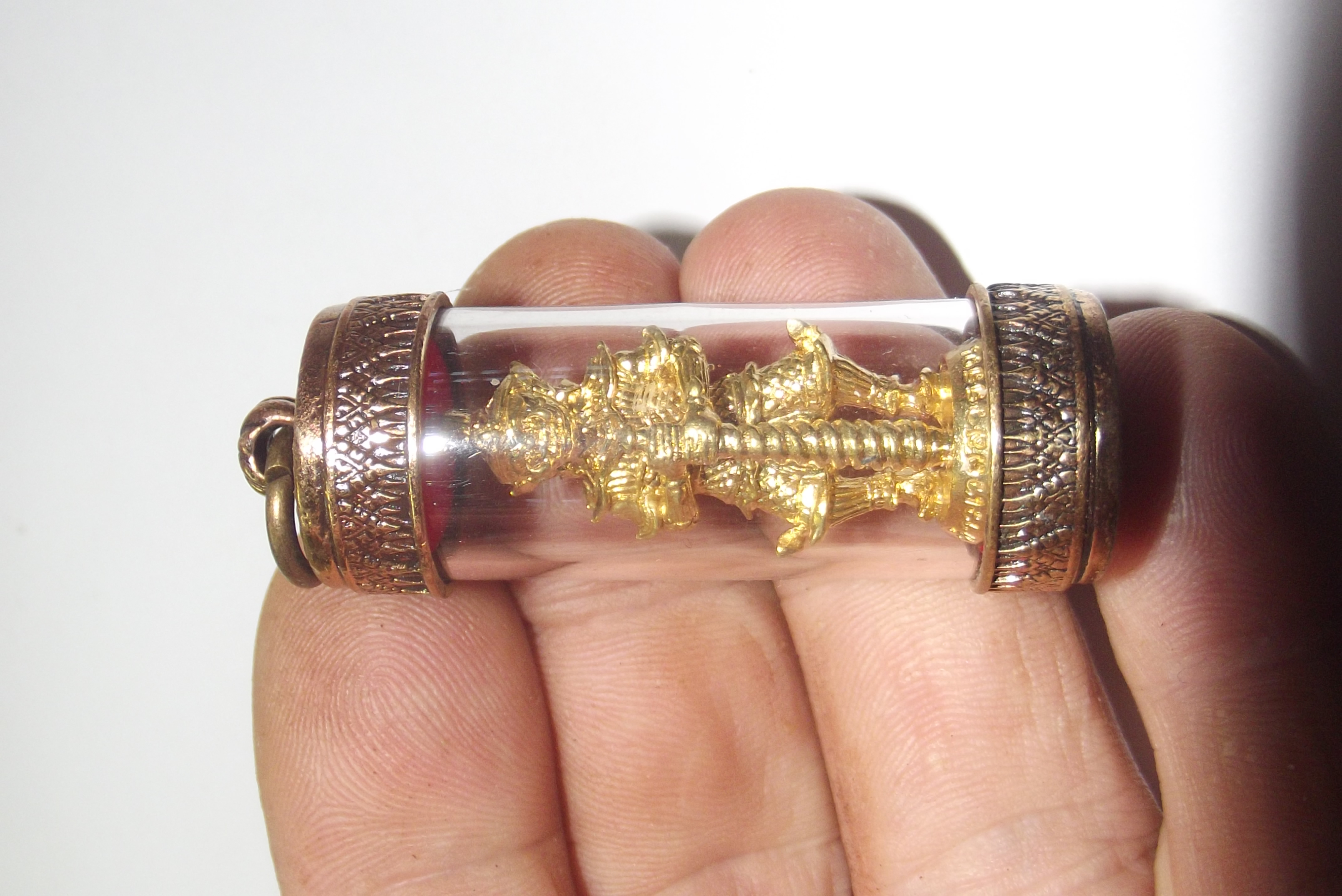 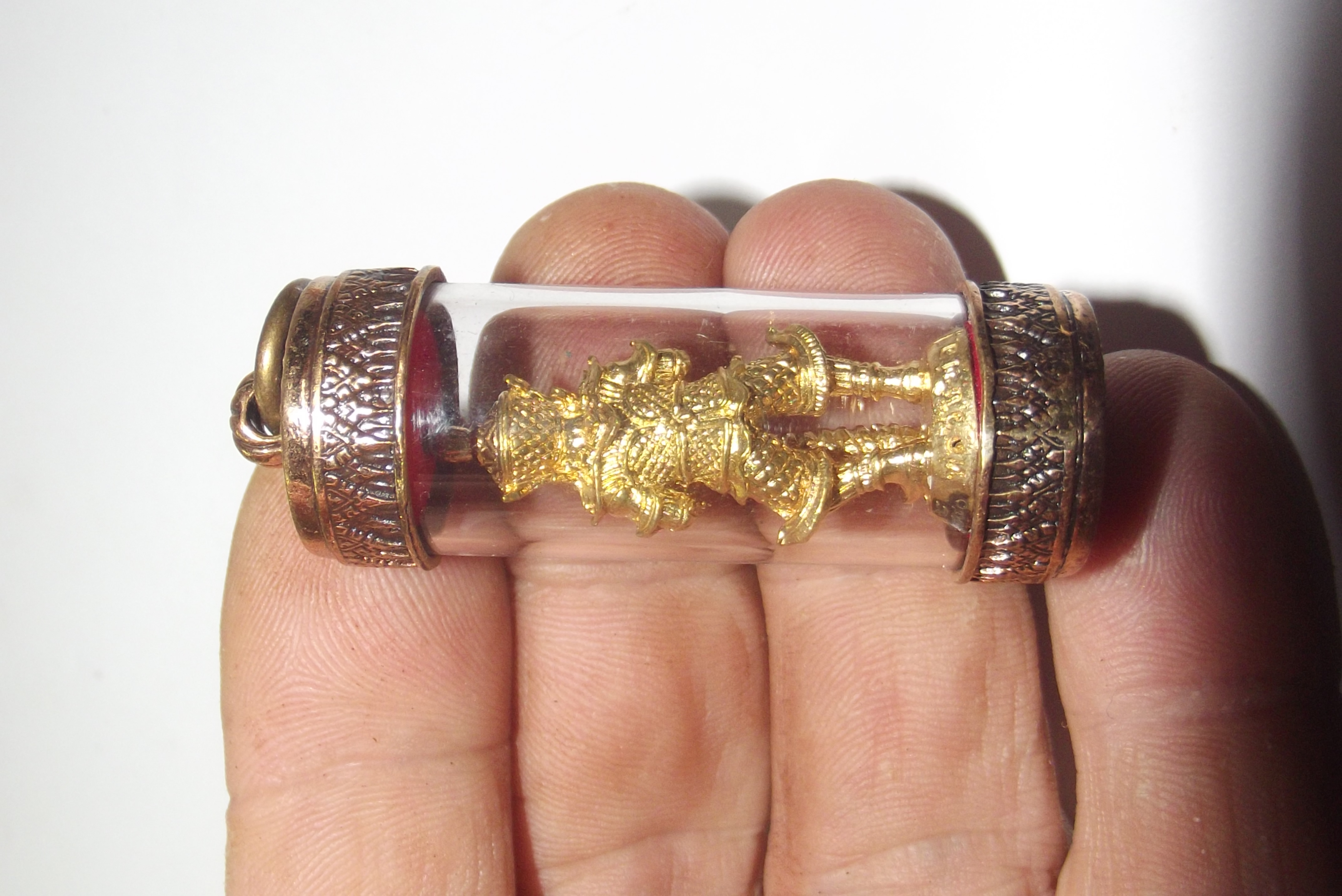 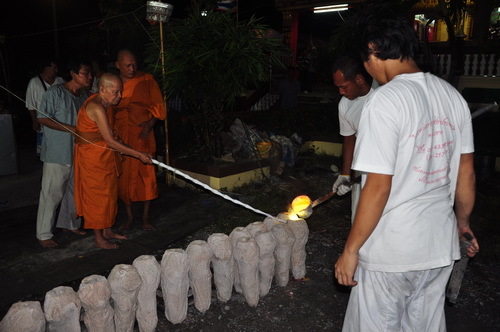 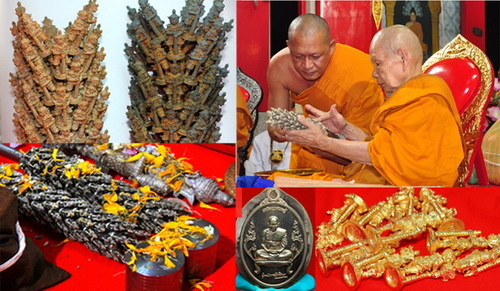 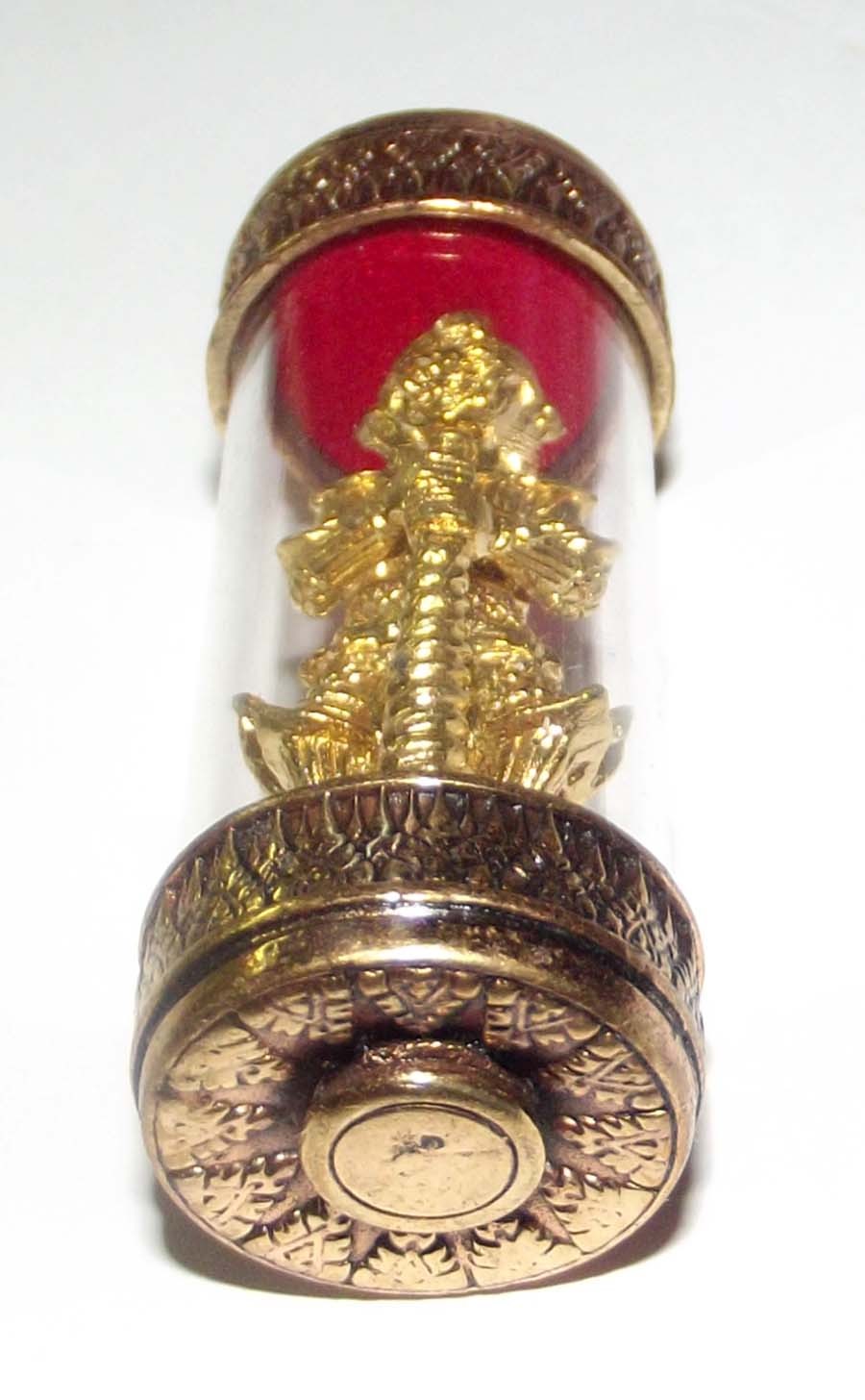 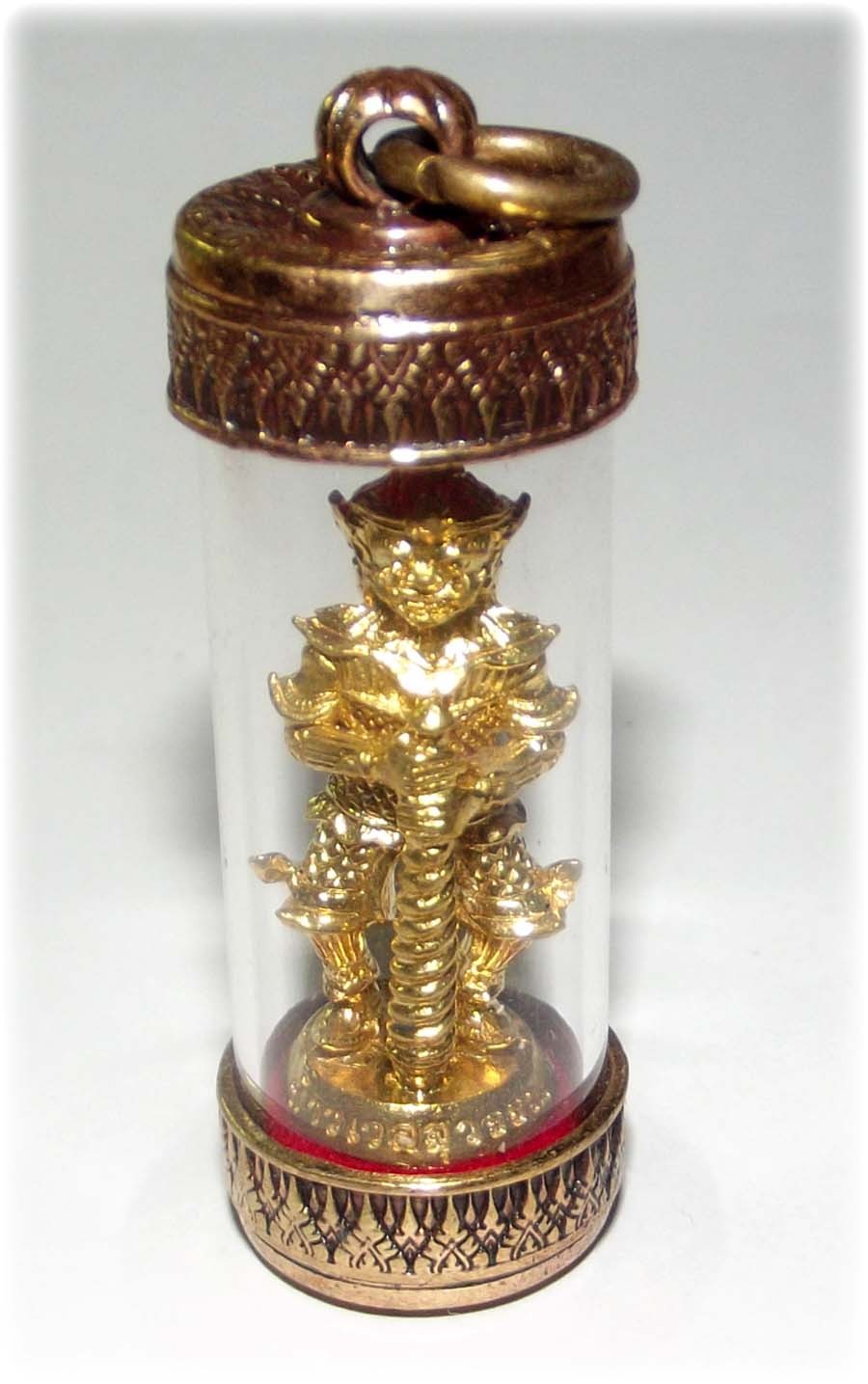 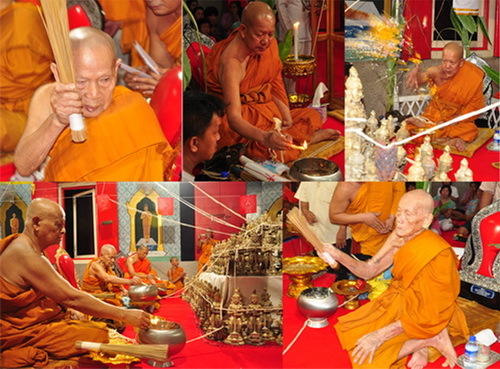