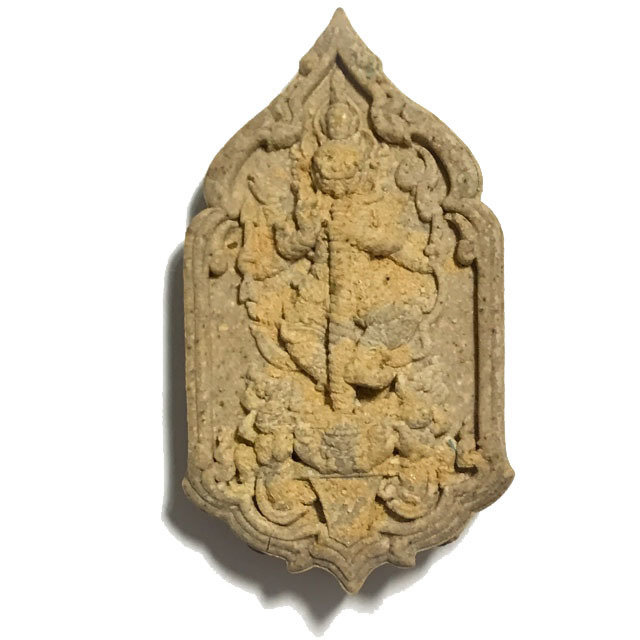 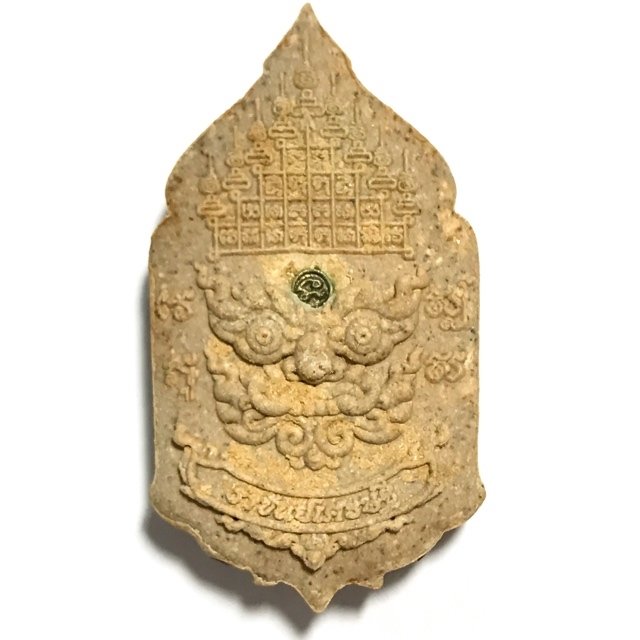 This model is made from Nuea Pong Maha Wan 108, with two Takrut Yantra scroll magic spells inserted into the base, to attract wealth and protect, and one Look Namo Sacred Na metallic slug spell inserted into the rear face of the amulet. 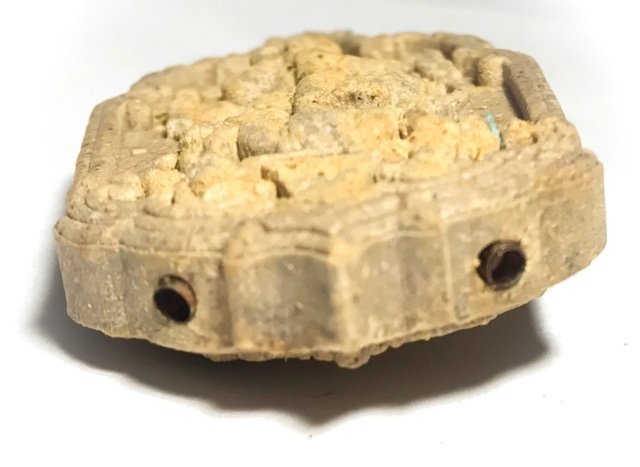 Empowered with the Might and Magic of two great Asura Deities, Taw Waes Suwan, for wealth and protection, and Pra Rahu for horoscope improvement and removal of obstacles. 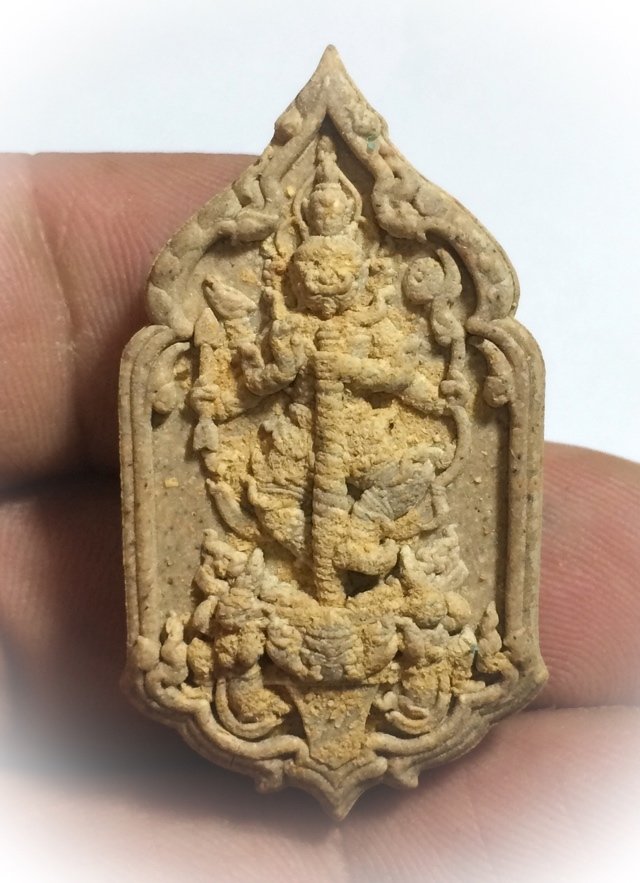 In both Buddhist and Brahmin Cosmological Pantheon, the four directional points of the compass have a Deity allocated to each direction. The deity allocated as the Lord of the North is “Taw Guwern” (Guberan), or more commonly known as “Taw Waes Suwan” (the word “Taw” meaning “Lord”). 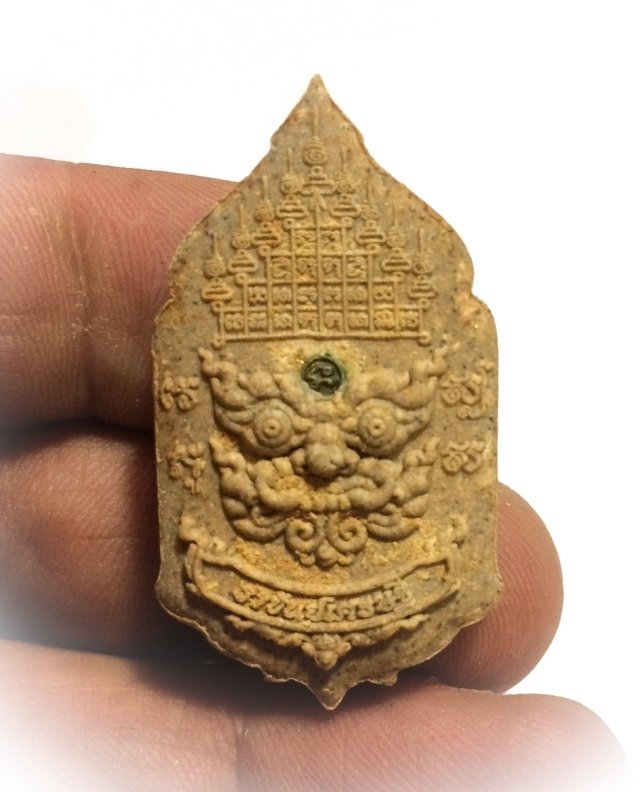 In Buddhist tales and Fables he is known by his Pali name Waes Suwann, or Waisarawan (Sanskrit).In both Thailand’s “Ramayana” and the original Hindu Brahmin Epic “Ramayana”, the name of this Being is “Lord Guberan” (Taw Guberan). Apart from this, The Lord of all Rich Fortunes and the Northern directions has other names, such as Tanesworn, Waisarawan, Yanksaraja, Raaksentorn, Ratanakan, and Aitawita (son of Itawata). 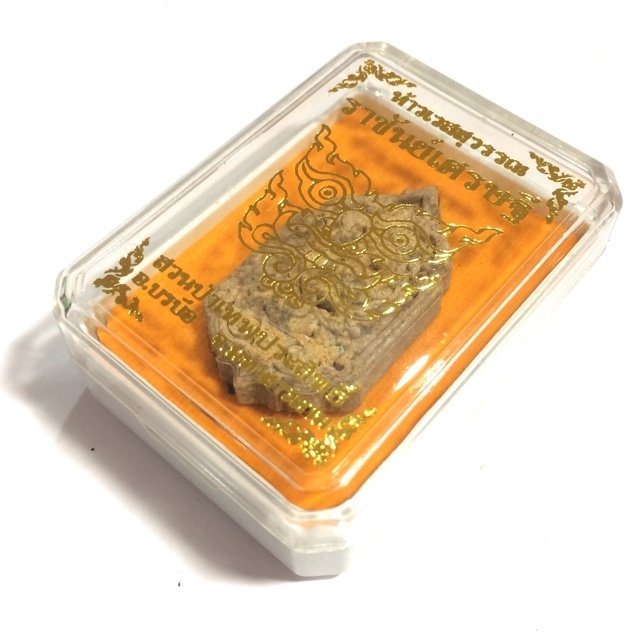 Below; the base of the amulet has two Takrut inserted into the Muan Sarn sacred clay 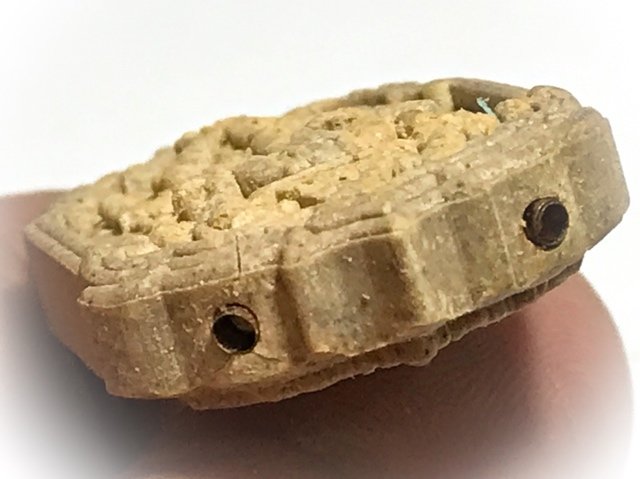 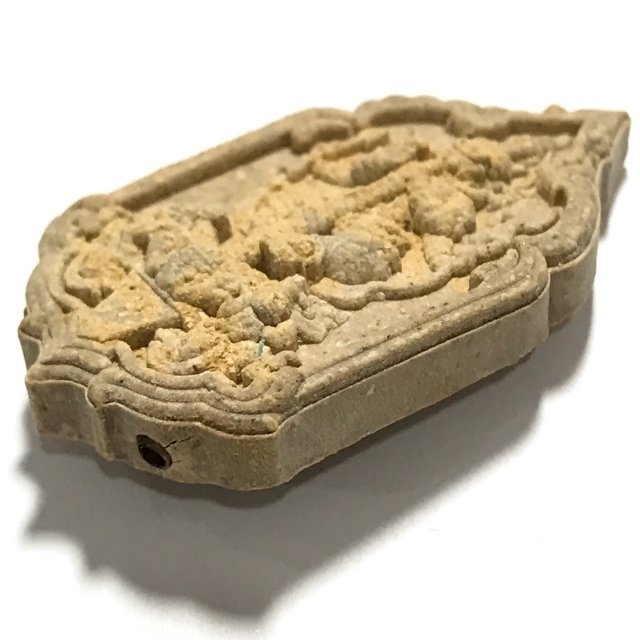 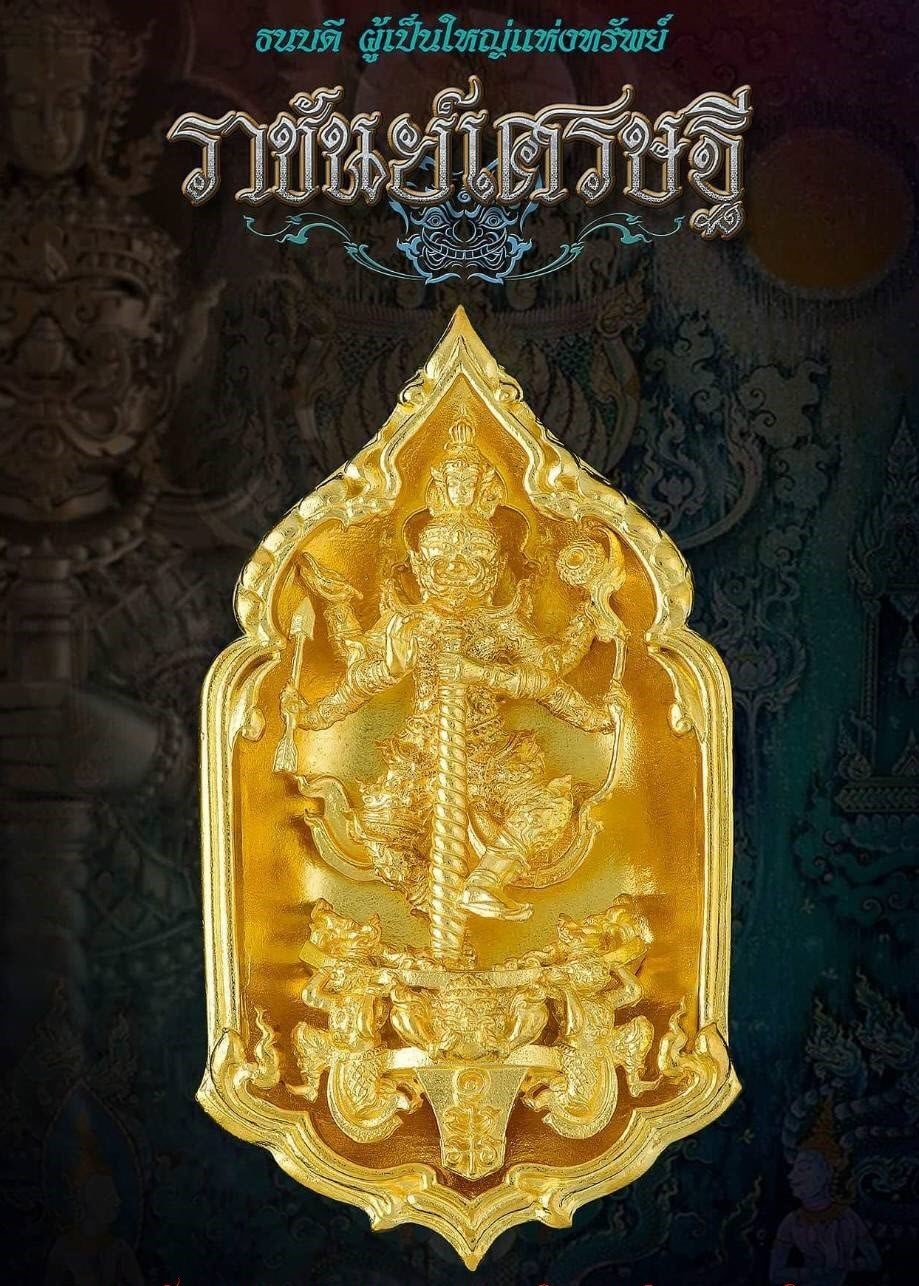 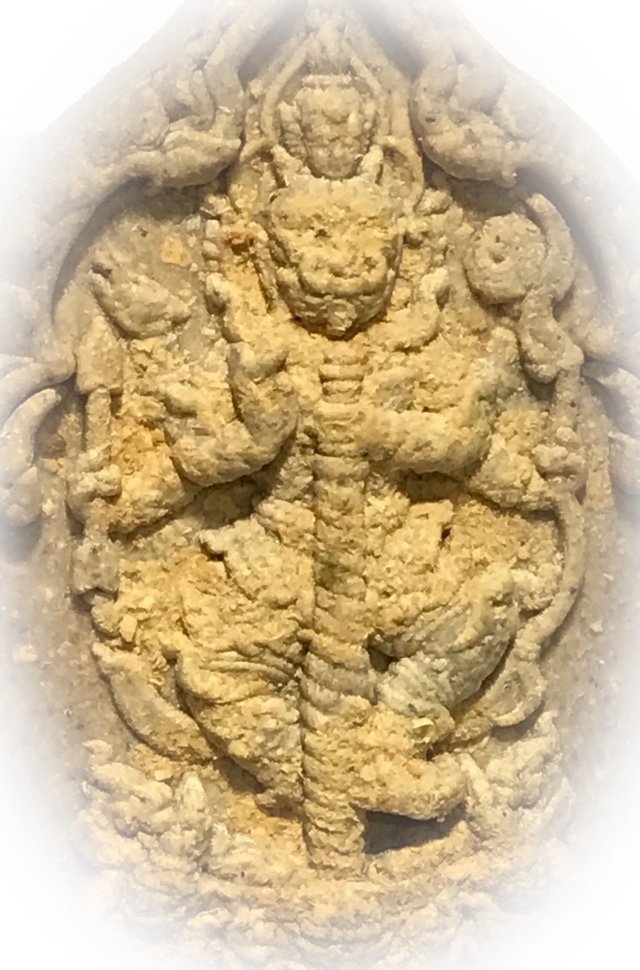 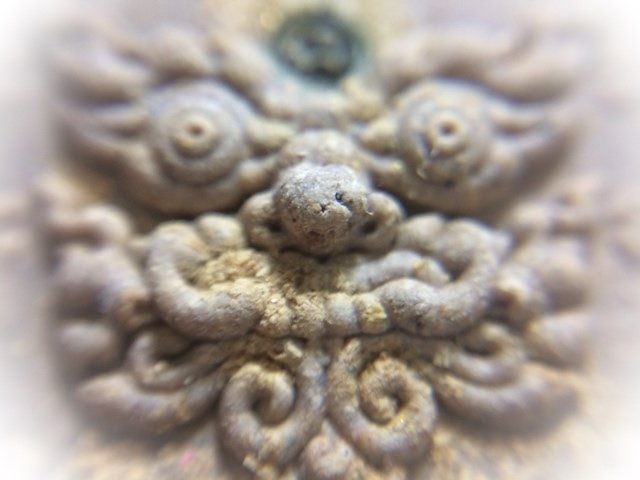 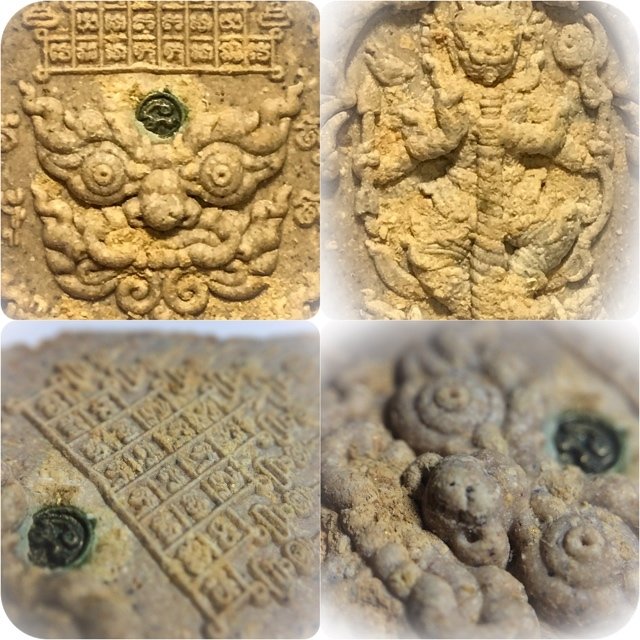 Below; the Code NA and number 12 of 199 made is laser engraved on the rear face of this solid silver Ongk Kroo model Gammagarn Limited series set amulet, along with the Sacred Yant Gao Yord and the Face of an Asura. 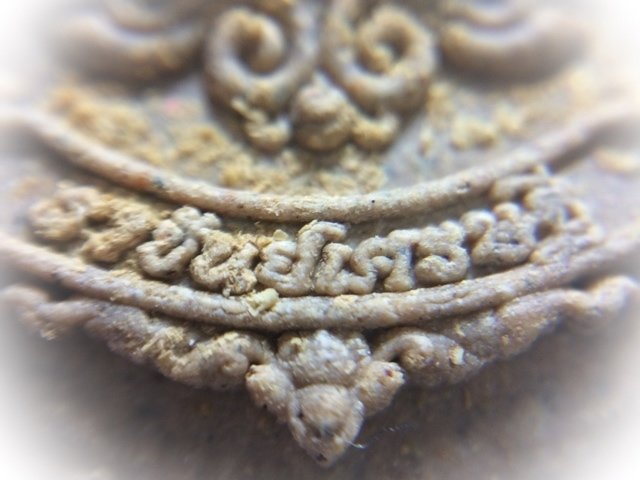 Below; The Sacred Yant Gao Yord is Embossed on the upper section of the rear face of the amulet, containing the Kata Paya Gai Thuean. 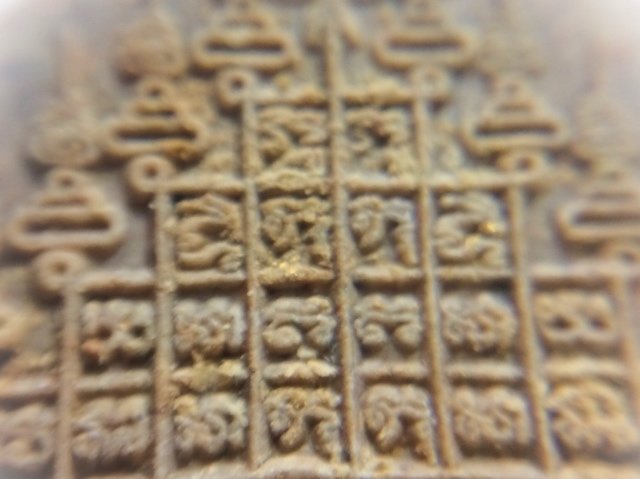 He is the Asura King of the Norther Quarter and the Richest Asura of his Realm. He commands all the nether Yaksa demons and can punish unruly monsters with his crystal club.

Below; a Sacred Look Namo spell in Chanuan Metal with Sacred Na embossed is inserted into the sacred clay of the rear face of the amulet, sealing the spell and protecting it from exterior magical attacks, and preventing wealth from diminishing or flowing out. 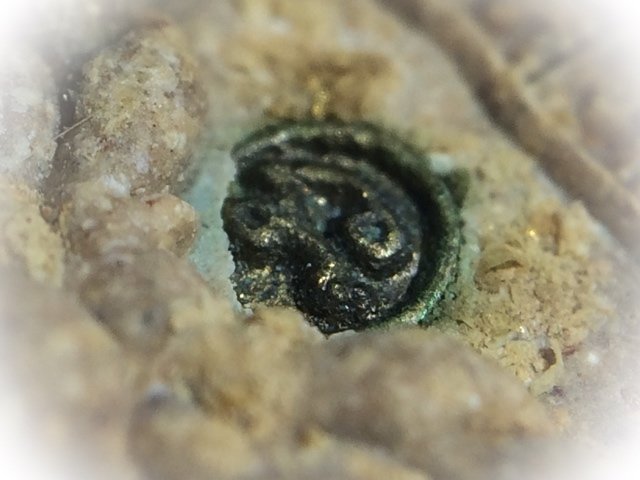 Taw Waes Suwan is the Master of chasing away and warding off Yaksa, Maras, Ghosts and Demons, and protects from all enemies. If he guards over you, the Asura and other Monsters will not dare to bother you, for he is indeed their King, Lord and Master and his Kata can bind and control them (The Aadtaanatiyaparitta). His crystal club punishes any who dare to risk coming near with thoughts of harm. 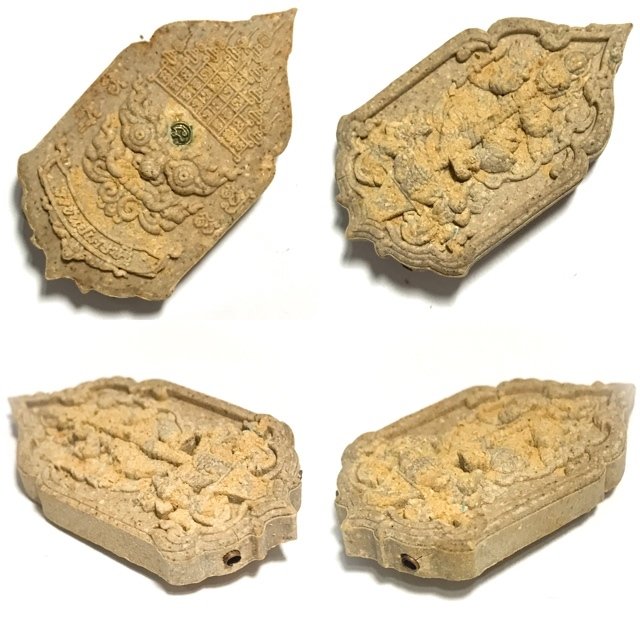