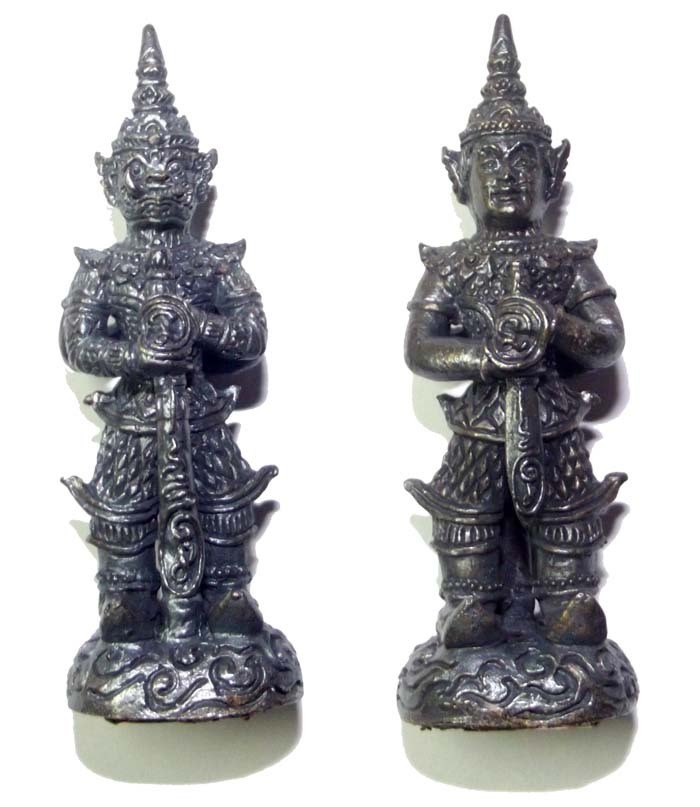 Taw Waes Suwan Yaksa Deity for Success and Prosperity, Immense Wealth accumulation, and protection from all forms of Demons and black magic, ghosts etc. made in 2552 BE empowered by the Great Luang Phu Phad of Wat Ban Gruad. This amulet is now somewhat of a rarity due to the fact that it was a very popular edition and many people had success with it.

it is in addition, one of the most beautiful and well made Waes Suwann statuettes around. It is now very difficult to find remaining exmaples of this amulet, and prices have steadily risen as time passes, which is expected to continue doing so. This amulet is already an essential rarity, and has already become a classic collector piece that is now highly sought after in both Thai and International shores.

One side is endowed with the Tusked Face of the Asura King Taw Waes Suwan, with his Fearsome Aspect that Commands all Demons, Monsters and Ghosts to do his Bidding, and Forbids them from Harming his Devotees. 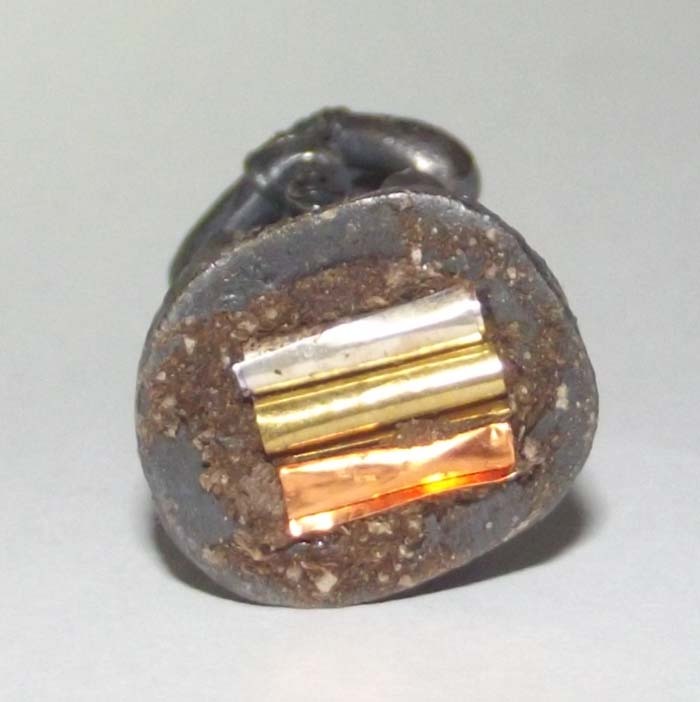 A triple 'Sam Kasat' (3 Kings) Takrut is inserted into the Sacred Maha Lap Powders within the base of the statuette.

The Deva Faced side is the representation of Taw Waes Suwan as an accomplished wealthy Lord, whose great successes and efforts resulted in his amazing wealth and power over his minions. This elevated him to a Deva in the Dawadeungsa level.


The video below lets you hear the full version of Kata Taw Waes Suwan used in the famous ‘Suad Pan Yaks’ Ceremony to summon the Asura Kings, and beg their blessings.

Can be encased in Waterproof casing if desired (see below image) 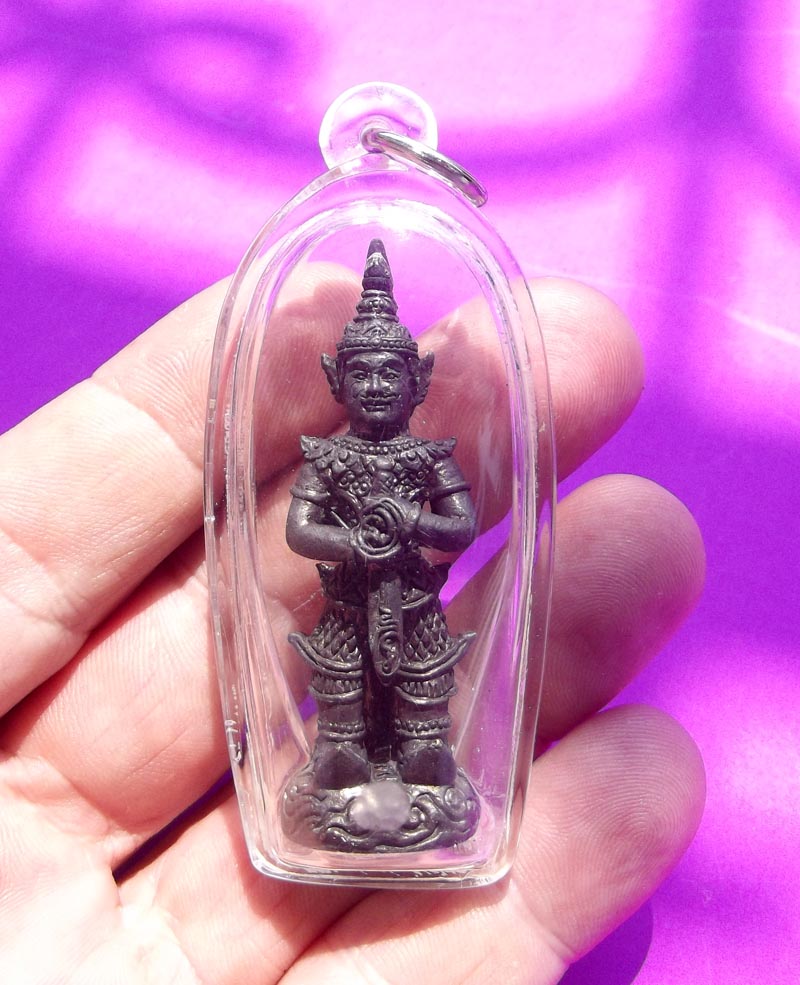 This amulet is large size and suitable for Men. Its high level of detail and quality casting is typical of all amulets from Wat Ban Gruad, and the authenticity of their empowerment is without question, for Luang Phu Phad is universally accepted as a Great and Powerful master, as well as a very meek and humble monk who lives very simply indeed.

Taw Waes Suwan is also the Deity for Businessmen and High Level Careers to worship, for he is the Asura King of the Norther Quarter and the Richest Asura of his Realm. He commands all the nether Yaksa demons and can punish unruly monsters with his crystal club. 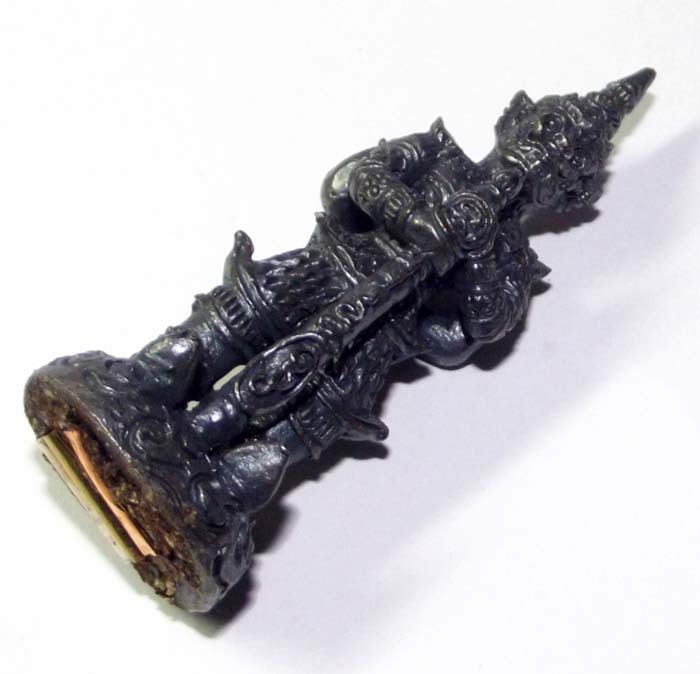 The Yaksa Faced side deals with the act of chasing away and warding off Yaksa, Maras, Ghosts and Demons, and protects from all enemies. If he guards over you, the Asura and other Monsters will not dare to bother you, for he is indeed their King, Lord and Master and his Kata can bind and control them (The Aadtaanatiyaparitta). His crystal club punishes any who dare to risk coming near with thoughts of harm. 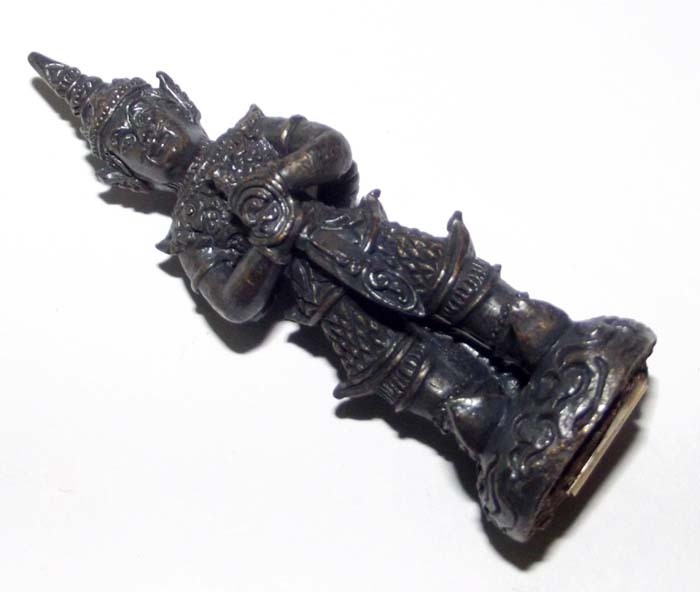