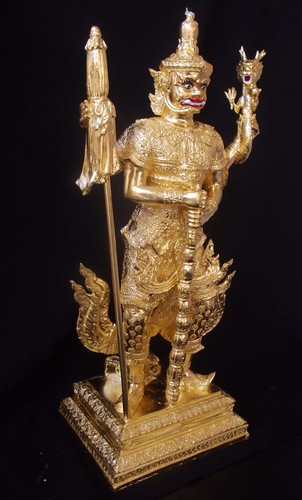 Taw Waes Suwan Tri Pra Pra Pela (three legged Asura King) - Ruay Heng Sayop Maha Utagapay edition (Lucky, Wealthy, and safe from Water Related Disasters). Taw Waes Suwan is an Asura King of the Northern Quarter of Maha Jadturachiga Celestial Realm. He is the Lord of Riches and Commands all Ghosts Demons and Monsters. Protection from Evil Beings and Black Magic, and the accumulation of immense Wealth is the object of worshipping this Deity, who is a Servant of the Buddha Sakyamuni. 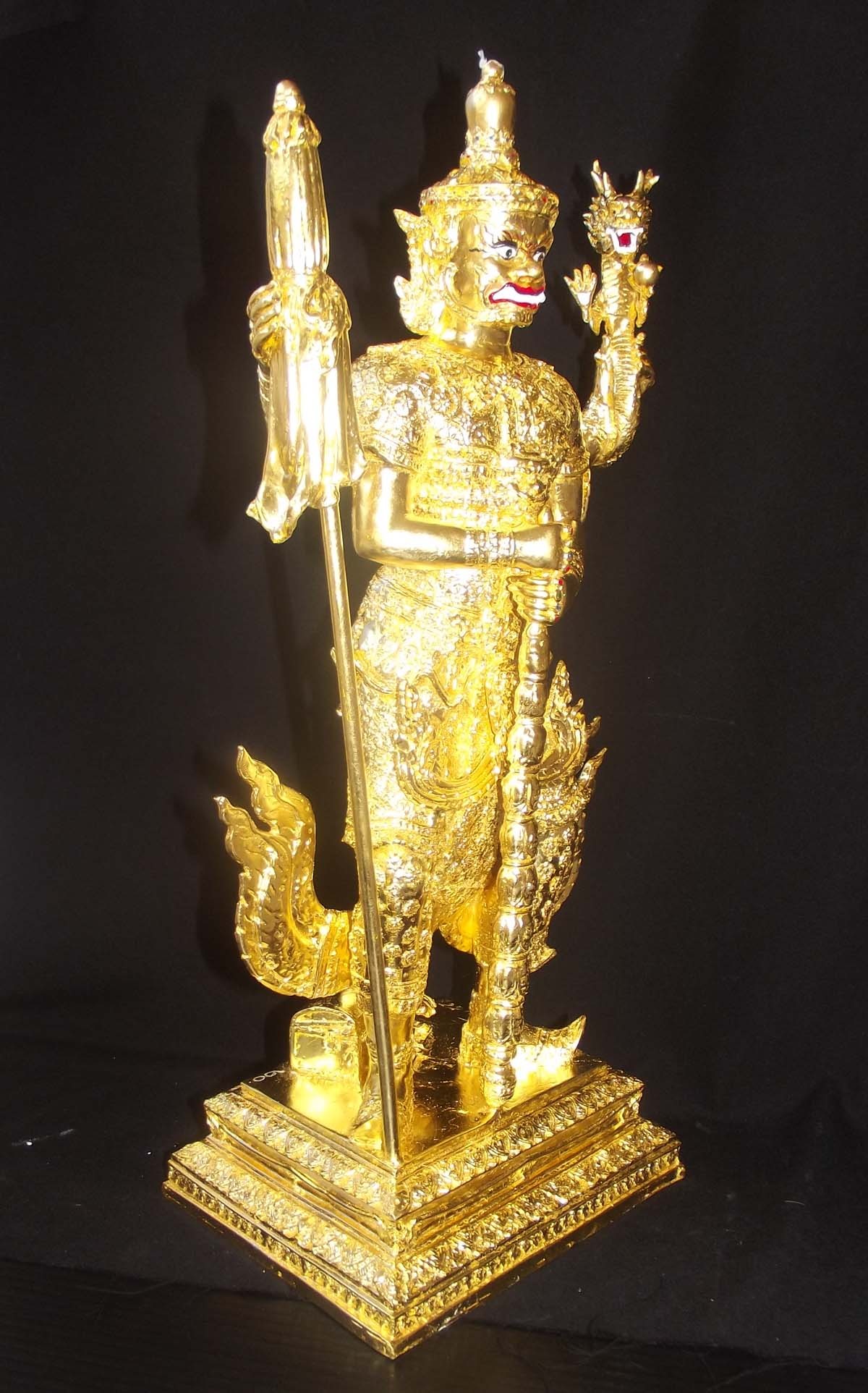 Please note; The statue is large and heavy piece of Artisanry which is fitting for temples, Samnak Sak Yant, Private or Public Arts Showcase galleries, and those with large altars or Bucha areas in their homes. Only 59 statues were issued in gold leaf coating, making this series a very exclusive series for serious collectors of distinguished Fine Buddhist Sacred Arts, and of course those who seek an Authentically Empowered Image of Taw Waes Suwan. We would consider this item's price level, Artistic Calibre and the high expenditure necessary to ship it, worthy of perhaps the shrine for a corporate  office or a public or clan shrine, otherwise, for serious collectors whose budget allows the luxury of purchasing the Finest Sacred Arts available. What i (Ajarn Spencer) mean by this, is that i do not recommend that a poor person or someone who finds the price of such a high class item difficult to afford, should suffer to try to obtain such an item. The smaller statues oif 4.5 inches are also potentially as powerful, and differ mainly only in size. The extra amulets in the base of the large statues do add a certain boost to the potential effects and blessings, but due to the fact that the power of our own prayer, sincerity in making offerings and paying reverence, is more of a deciding factor in the emanation and channeling of the power within amulets and Bucha statues, than the size of the image, or the contents of the base of the statues.

This is a 19 Inch Bucha Statues of Taw Waes Suwan, For Wealth, Fortune, Maintaining ones Accumulated Wealth Safe from Losses, and Protection from Black Magic and Demons. 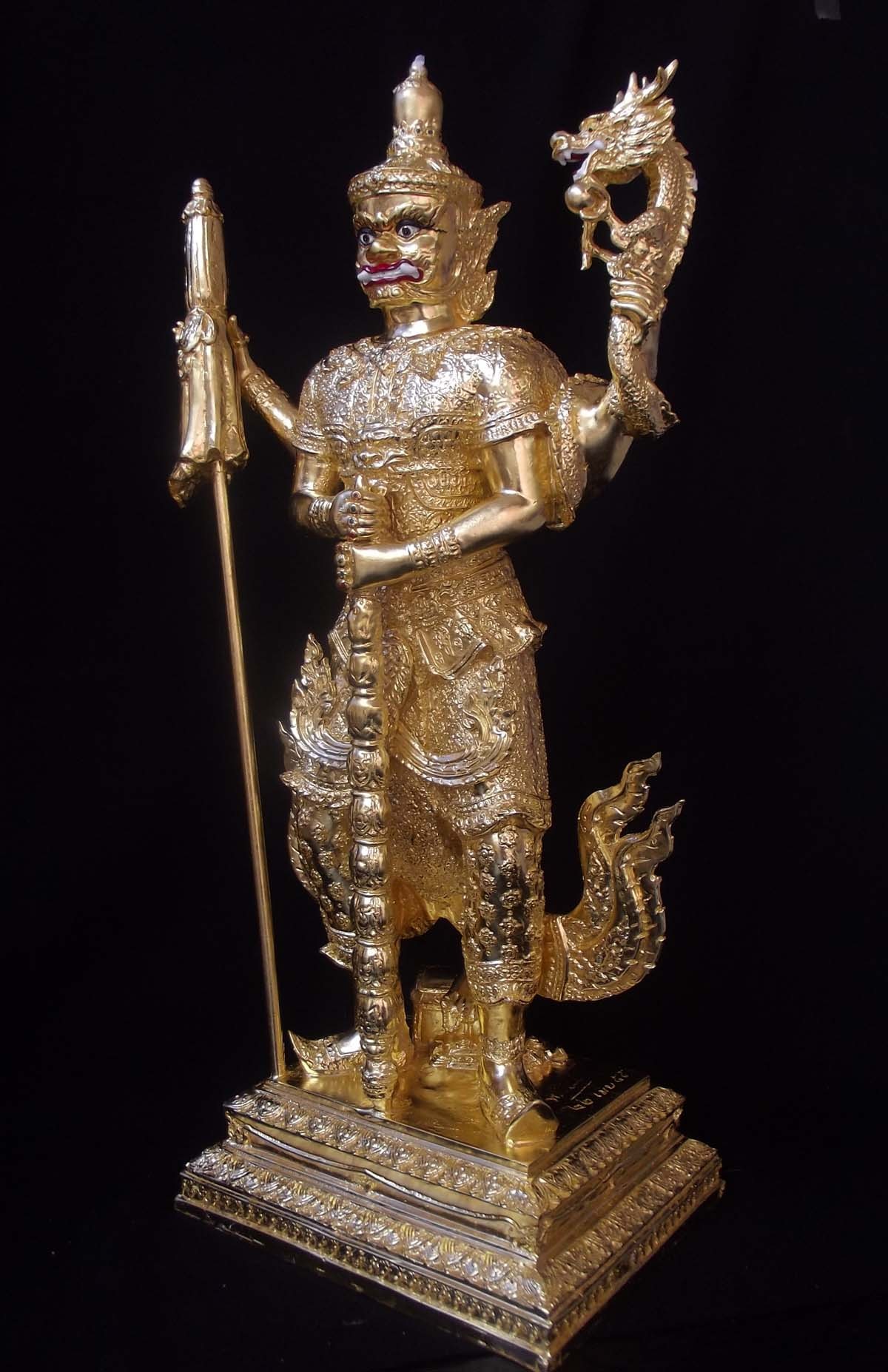 Lord Waes Suwan is holding a Water Dragon to prevent Floods and Tsunamis, Japanese Armor on the back to stop back stabber and to keep riches from being stolen or flowing out. This also stops riches from flowing out again once they have been gathered. Ginding Money is one thing, but managing to keep it on one's possessions is much harder. For this reason, Taw Waes Suwan Tri Plab Pela was Invoked to Inhabit the Images with his Mental presence and Emit Blessings, Protections and Guard over the Possessions and Safety of the Households they dwell within, as well as the Nation. 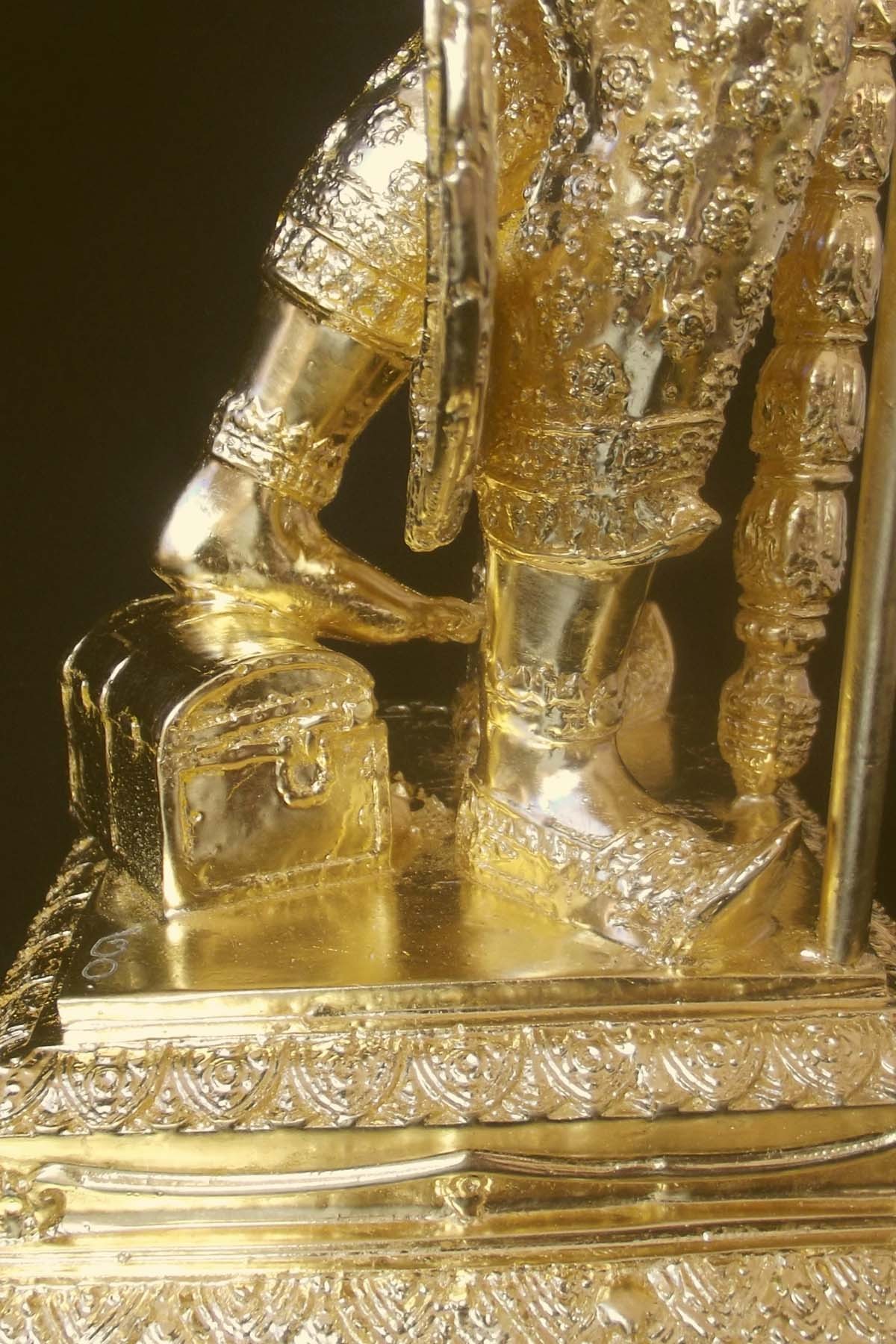 His third back leg is standing on a treasure chest guarding it and keeping it full of Treasure. 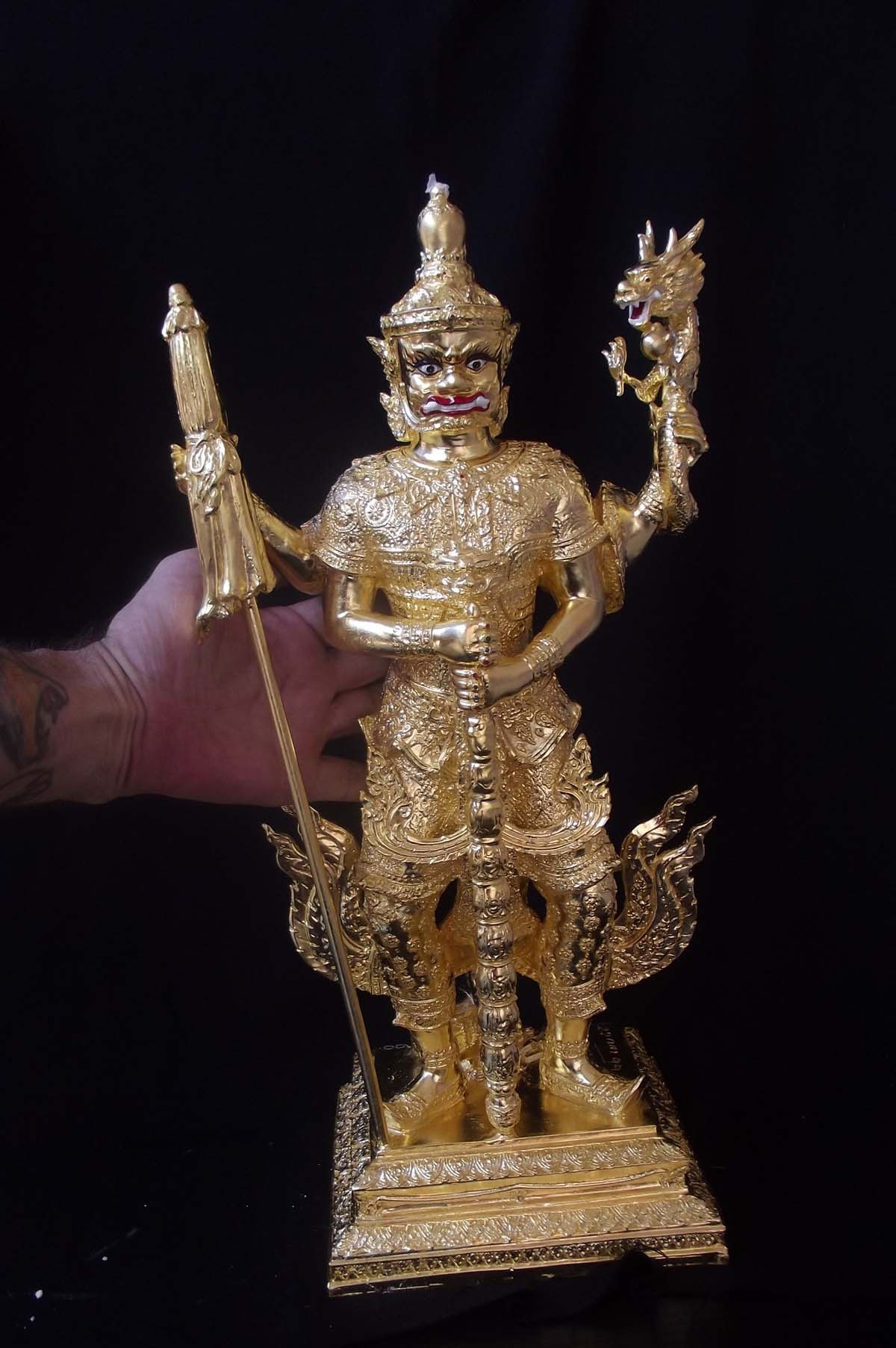 The base of the statue has Magical Items inserted into sacred powder plaster filling. Each different version of statue in this edition has differing numbers of amulets inserted into the base, depending on the type of exterior finish, and subsequent differences in price of each statue. 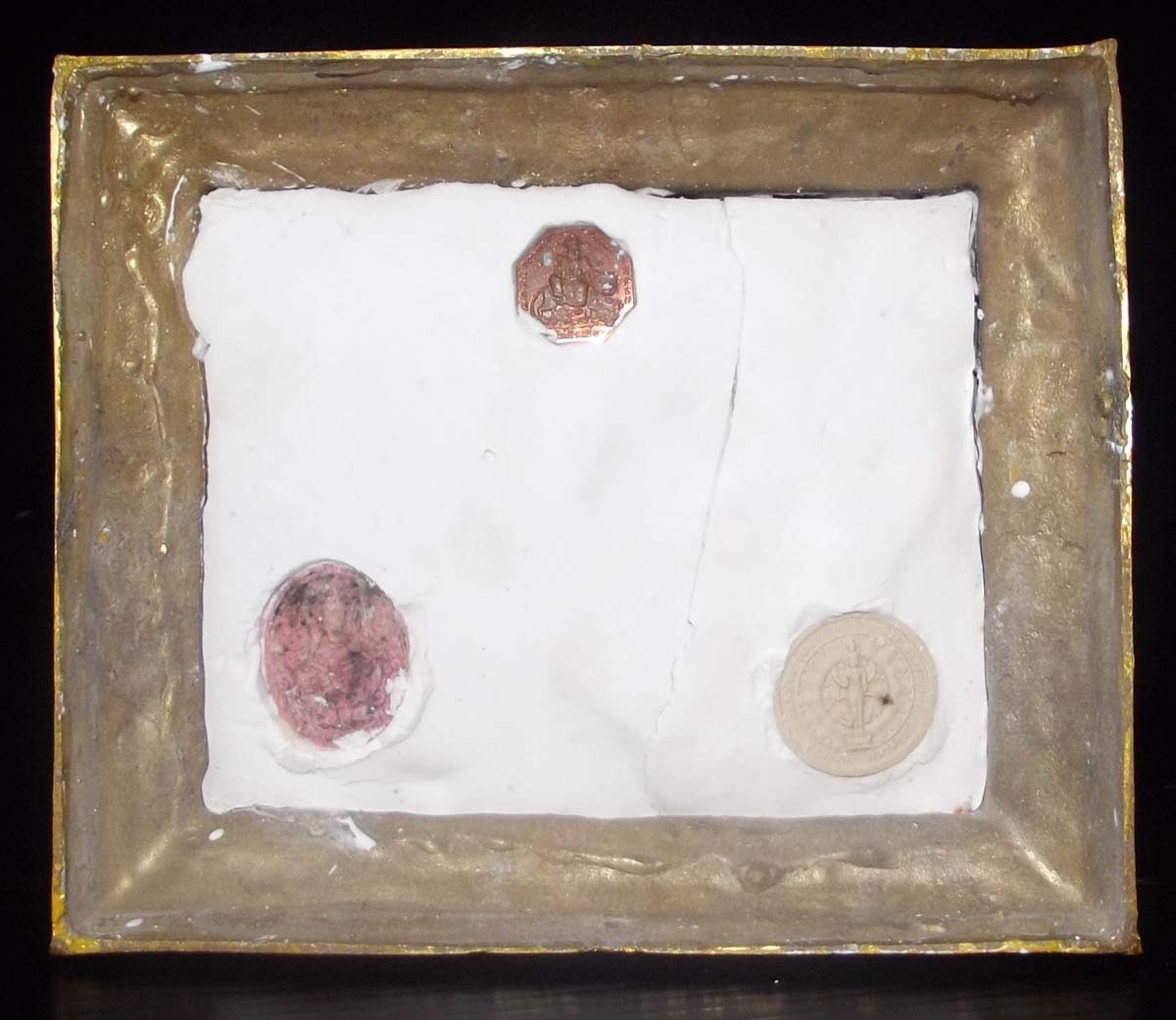 There are four different types of finish in this large size Bucha statue series, ranging rom Green Patina finish, hand painted, hand painted with gold leaf, gold leaf complete covering, or Nam Rerk  version. Nam rerk version was flagship of the series and was cast, hand blessed and inscribed during the Puttapisek/Taewapisek Empowerment Ceremony. The Nam rerk version was made from a rich mix of Silver, Gold and Bronze artifacts, with an extremely high percentage of Gold and Silver content. 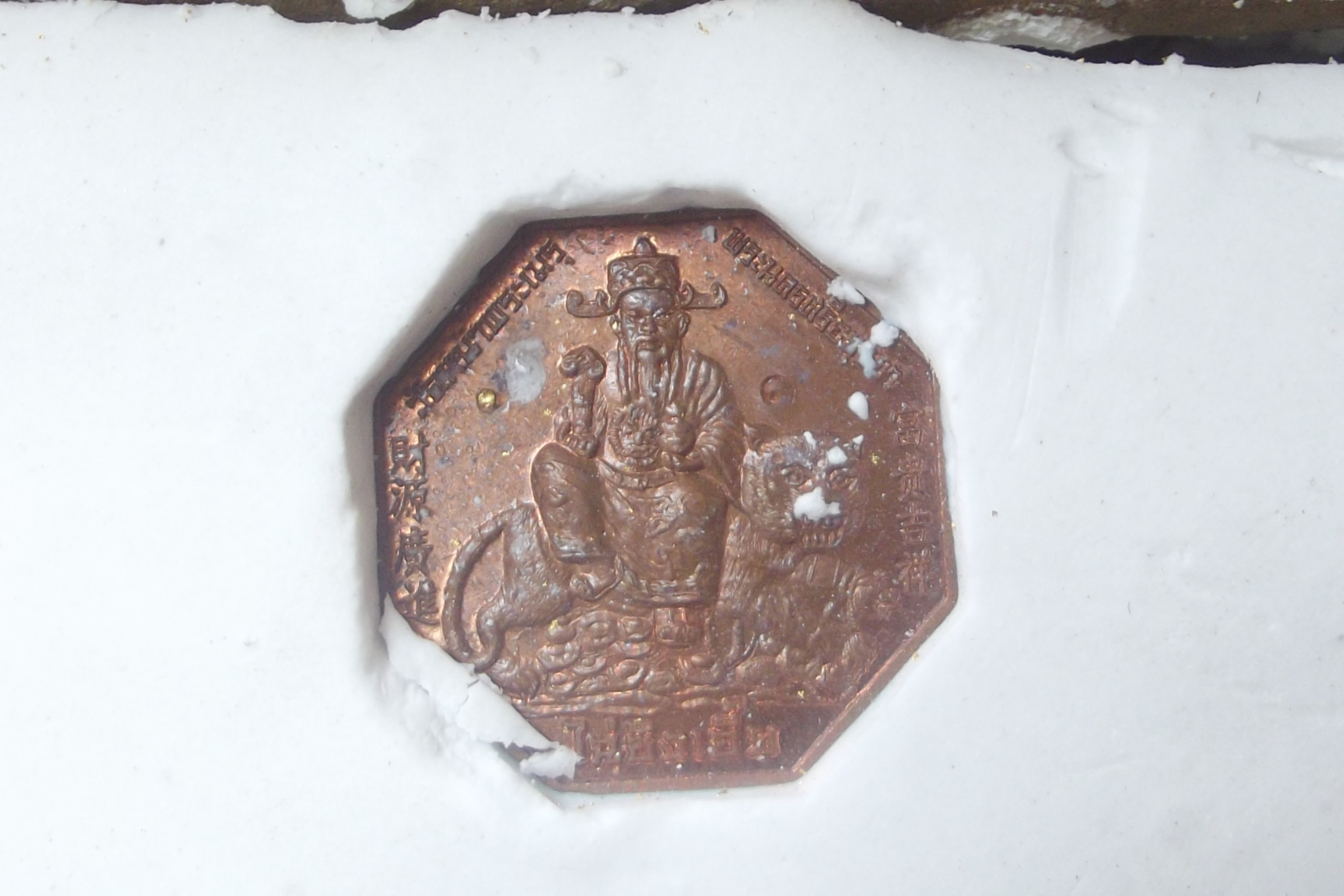 This statue has three amulets in the sacred powder base filling, first one is 'Chai Sing Hia'  depicted as an Ancient Sage riding a Tiger. 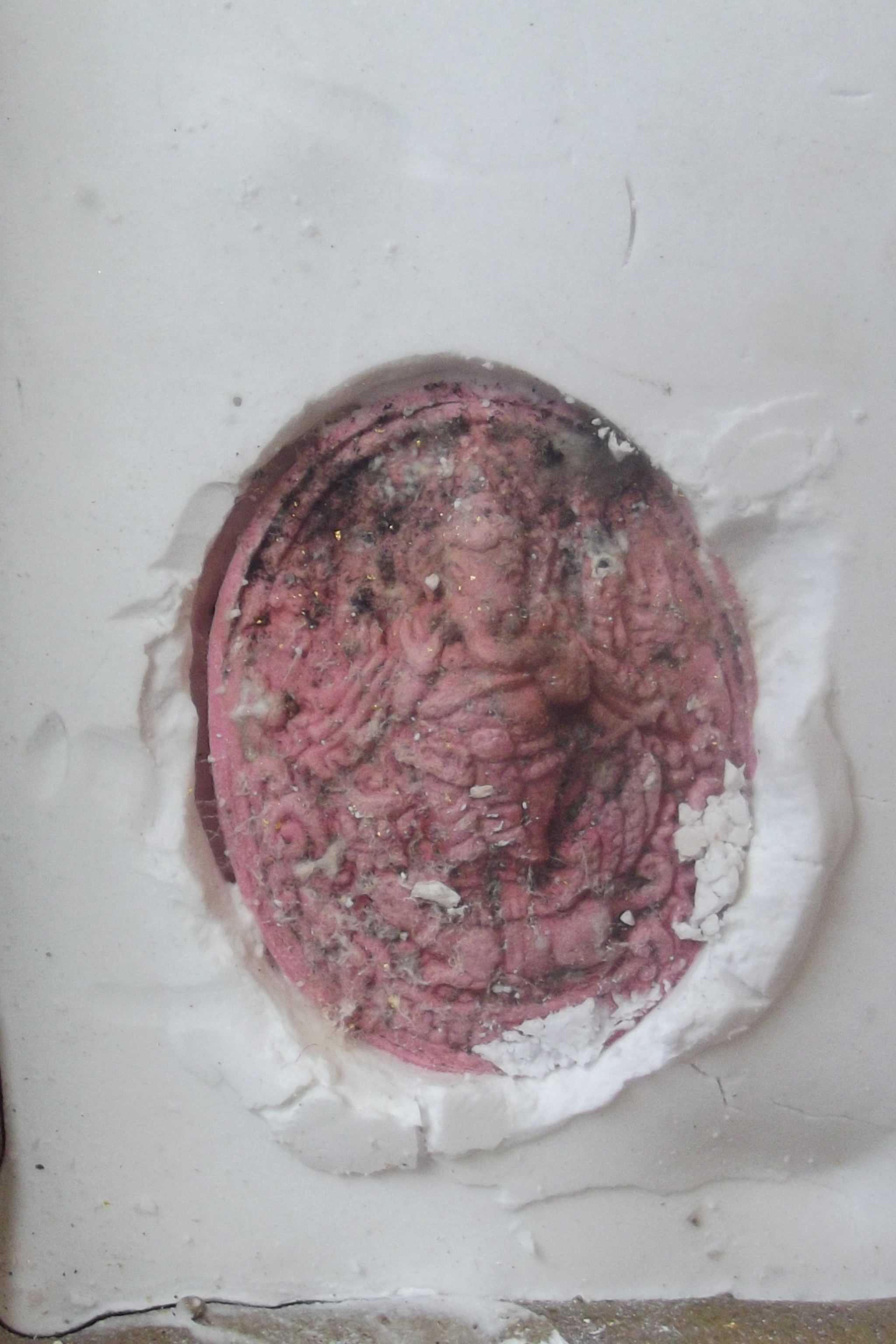 The second amulet is Pra Pikanes (Ganesha) in red sacred powders, depicted riding upon the Rat. 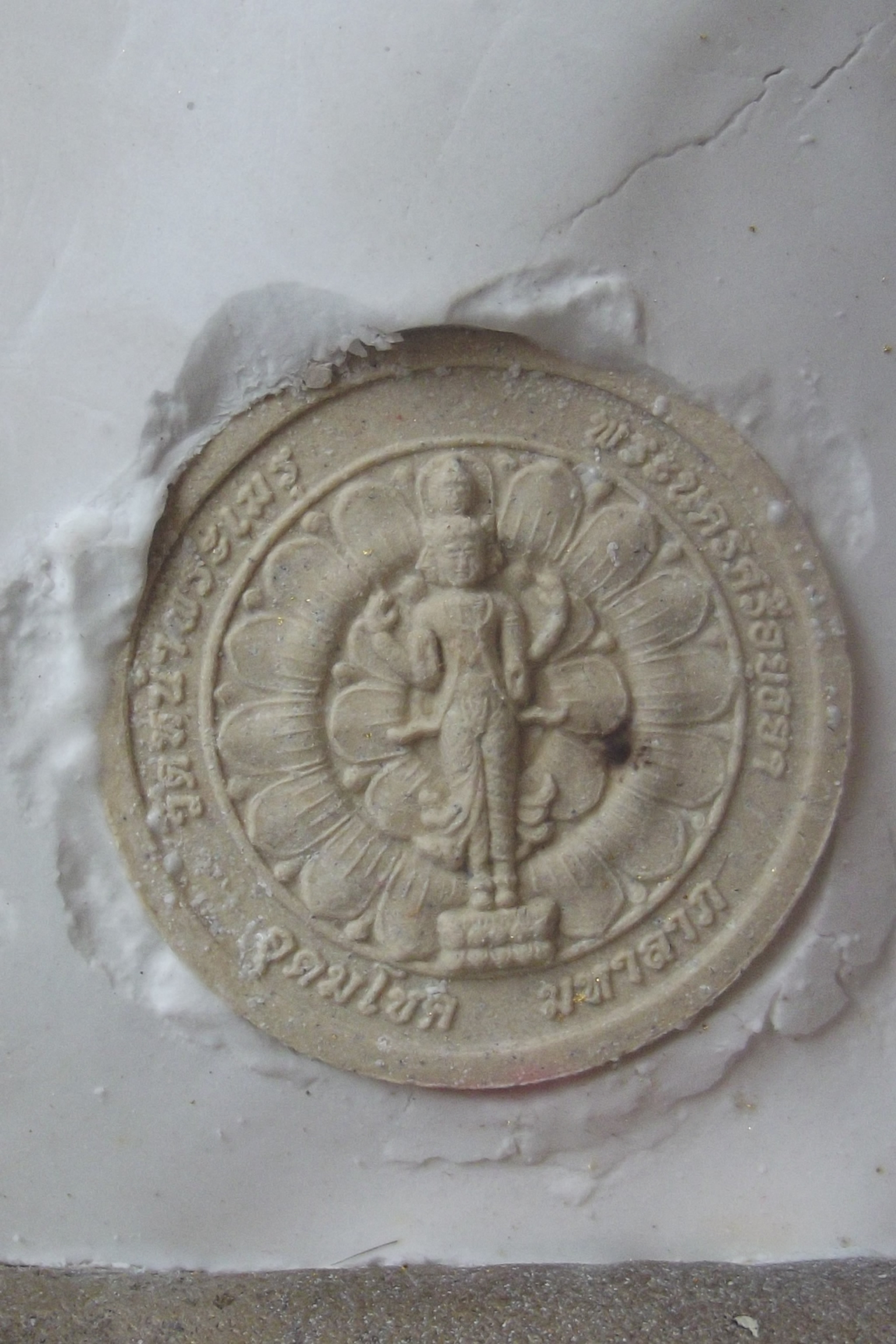 The third amulet inserted is a white sacred powder amulet with the image of Trimurti, the Hindu Trinity - embodiment of Shiva, Vishnu and Brahma in one Entity.

The statues were made in a Range of different Sacred Metals; in Green Bronze, Painted Colors with 24 K Gold Leaf embellishments, Bronze with Complete Solid Gold Leaf Covering, and in 'Nuea Nam Rerk', a Sacred Bronze Alloy using a large quantity of pure Gold and Silver to riddle the metal alloy with, producing visible 'rivers' of silver and gold appearing in the surface sheen of the Metal. The 'Nam Rerk Statues in this Series were Made on the Day of the Putta Pisek, with the first smelting and finest richest precious metals.

Pra Ajarn Ord also brought and donated a large quantity of Pure Solid Gold from the remainder of the refurbishment of the Pra Putta Nimit Pichit Marn Buddha statue in 2542. The Gold which was extracted from the replaced old parts of the statue is Hundreds of years old and is very Sacred for its passage through varuious Buddha statues and Amulets over a period of Centuries. This is considered the best kind of Metallic Muan Sarn content possible for Buddhist Sacred Cast Metal Amulets. This editions is Notable for its extremely high quality of design and of high quantity of valuable and sacred precious metals in the Chanuan Muan Sarn used to cast the statues and amulets with. 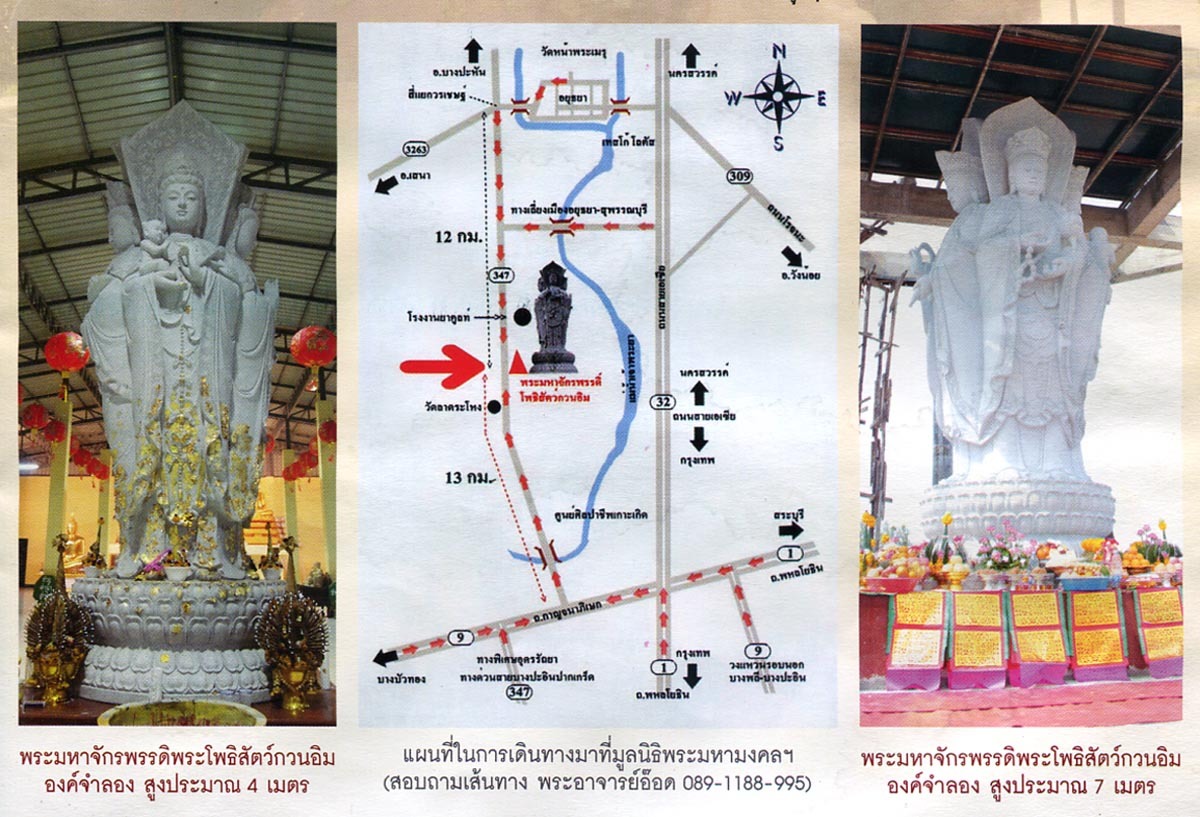 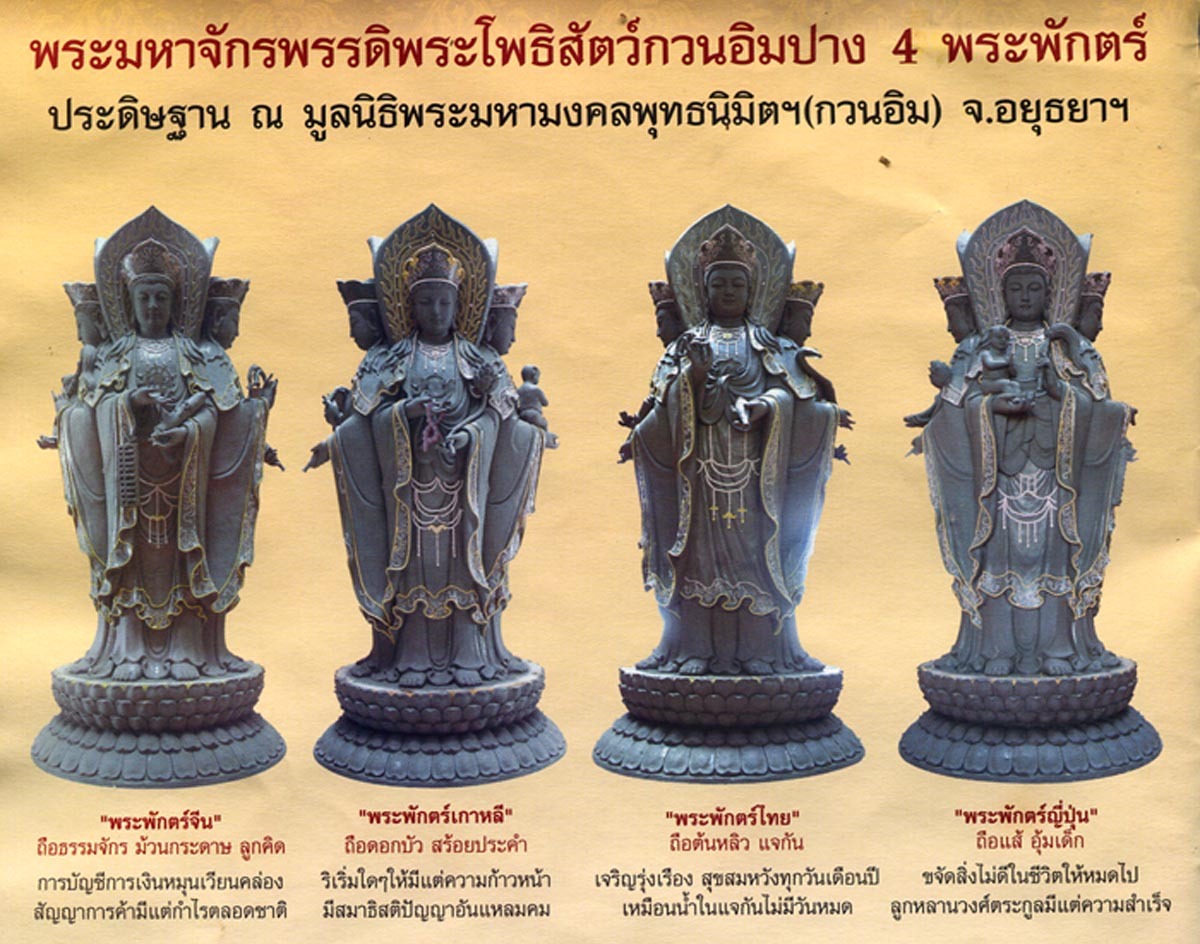 Documentation for this Whole Edition Covering each amulet of the series is currently being written and edited, and will be published and linked to from this page when it is published 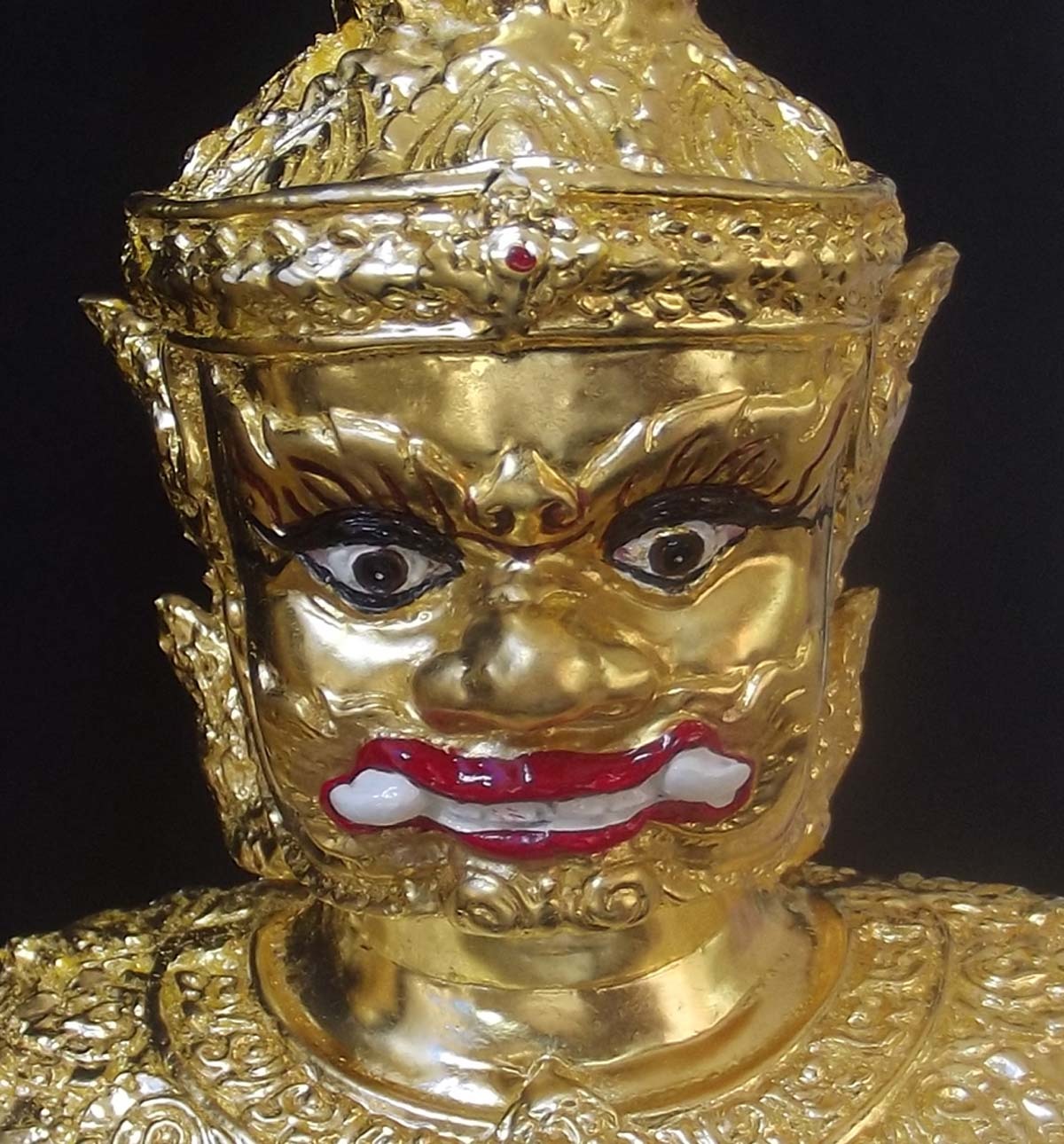 This edition is expected to become a Classic and an Essential rarity, of the Grandeur and Stature of Taw Waes Suwan from Wat Sutat temple. This is due to the Immensely High quantity of Precious Metals and Ancient Golden Chanuan Muan Sarn used for the making, The Fine Artistic Design, and the Importance of the Ayuttaya Temple, the Masters present in the Ceremony (96 Guru Masters), the Empowerments of Pra Ajarn Ord, and the High Value and Small Numbers available. 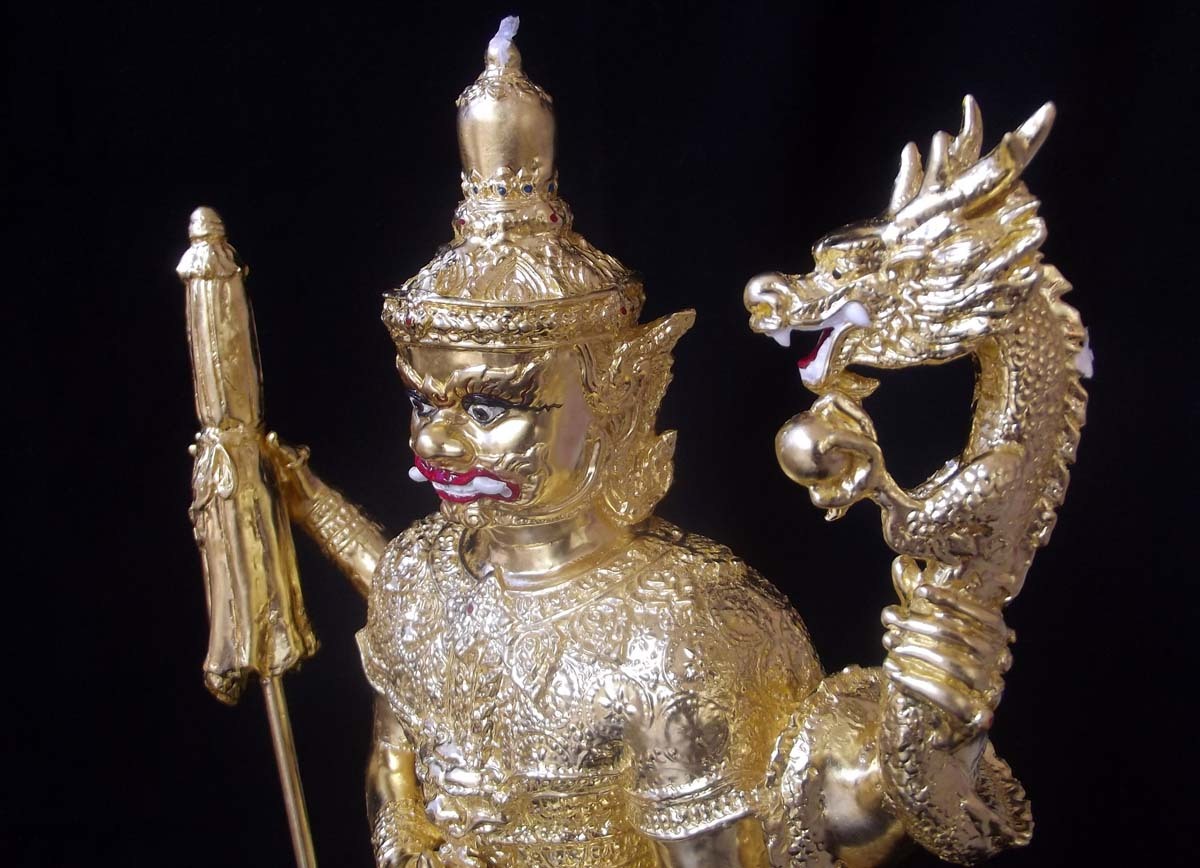 Most items were already sold out before release date, making the edition somewhat unavailable to those who did not catch the pre-order bookings. We foresaw this, and managed to reserve some for You our Customers to have the Opportunity to Own and Bucha. Masterpiece Bucha Images of Fine Art Standard and Reference Grade Quality, with Luxurious Finish. This is the kind of Item for those with the Budget, who seek authentic high quality Sacred Buddhist Sculpture of Excellence. This is Blessed Sacred Fine Arts of Art Collector Reference Standard, and is sure to be documented in the annals of History of Thai Buddhist Sacred Art and Sculpture as one of this Century's finest works. Fitting to Grace the Shrines of any Buddhist Temple, Anywhere. And a most Excellent Addition to any Fine Art Collectors Showcase, at any level.

Out of Stock! Now Purchased for the Ashram of Ajarn Spencer, and will be on show there.