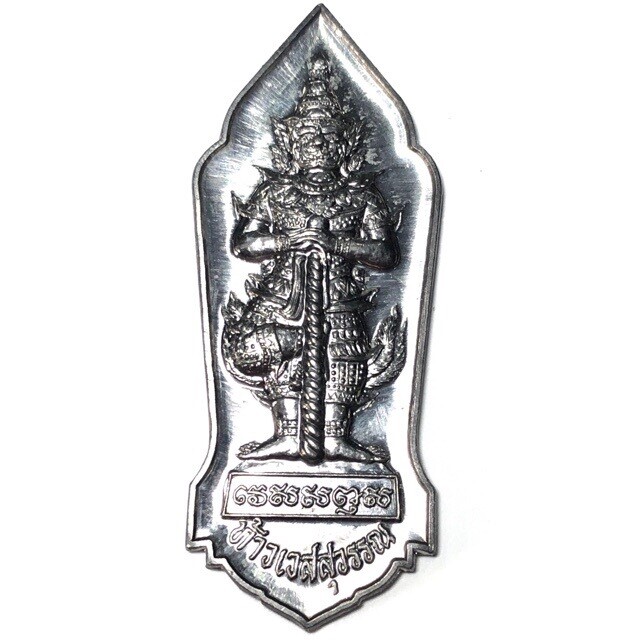 Taw Waes Suwan Yaksa Deity for Success and Prosperity, Immense Wealth accumulation, and protection from all forms of Demons and black magic, ghosts. Made from Huea Dee Buk (sacred and powerful mixture of sacred lead alloy), this Taw waes Suwan coin amulet is charged with the ultra powerful ceremony of blowing the Diamond Armor Yantra of Luang Por Parn (wat bang Nom Kho), into the amulets. The ceremony was a large ceremony with many devoptees present to assist in the prayers and chanting, and a host of adept monks to perform the calling of the Asura Kings to remove Bad karma, negative Energies and to bestow their Blessings upon the devotees and the amulets placed in the focus point of the ritual Puttapisek ceremony. Amongst the great Masters present, were the abbot of Wat Chong Lom, Luang Por Chop, assisted by two other great adept Masters; Luang Por Chaun of Wat Khao gaew, and Luang Por Foo of Wat Bang Samak. Both of these Masters are famous for their own lines of Sacred Amulets and Magical Charms. 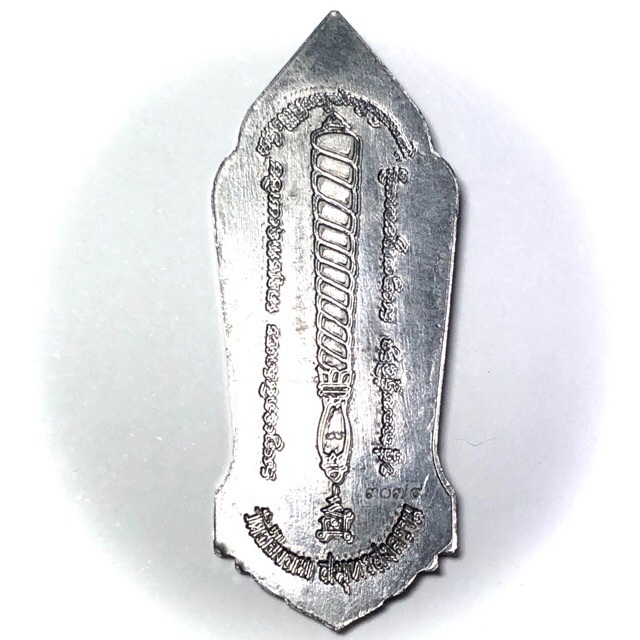 It has been found in an Ancient 'Kampir' (Buddhist text from thousnad years ago), thgat he who wishes to prosper in wealth and business, and increase their power to command and have status, should Bucha The Taw Waes Suwan Deva King. 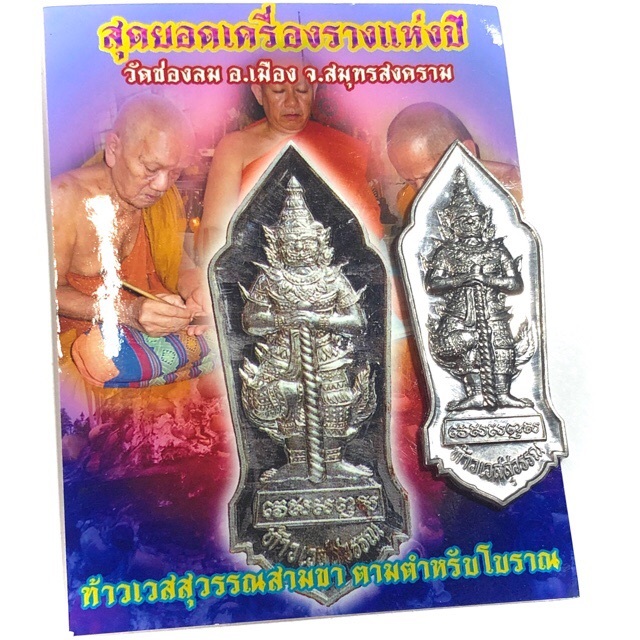 Taw Waes Suwan is an Asura Deva from the Jatumaha rachiga Realm who commands all Demons Ghosts and the other Asura (Yaksa) in the Northern Quarter of the Jatumaharachiga. He is one of the Four Asura Kings of the Realm, and is a Billionaire. Taw Waes Suwan, is also the Deity for Businessmen and High Level Careers to worhship, for he is the Asura King of the Norther Quarter and the Richest Asura of his Realm. He commands all the nether Yaksa demons and can punish unruly monsters with his crystal club. He is responsible for giving the Aadtaanathiyaparitta Kata to the Bhikkhus in the Forest to Protect them from His Minions of the Yaksa Kingdom, who loved to bother and molest the Bhikkhus in their meditation practice. He is a devout Looksit of the Buddha, and brought his people of the jadtumaharachiga to listen to the Dhamma from the mouth of the Lord Buddha. His Merits and Strengths are Many, as are his blessings.

2. Protecting from Demons and Evil spirits, black magic and other inauspicious beings (such as Thieves and Robbers) or events.