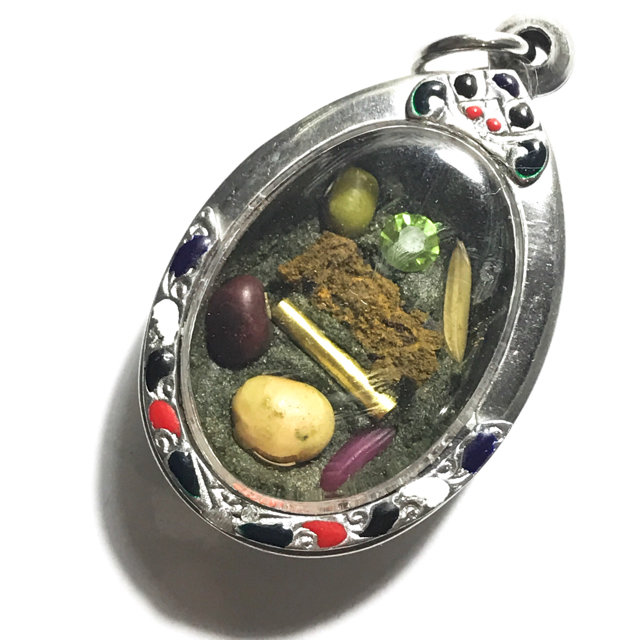 Rok Maew Fang Takrut Sariga Lin Tong Composite Wicha for Business Sales Increase, Convincing and Charming Speech in Commerce and Romance, and Lucky Fortunes abounding (Gambling Wins). The Rok Maew cats umbilical cords used for this amulet come from mysterious circumstances of the cat bringing the umbilical cord and giving it up to a human of its own free will. This is considered to be a powerful act of Mercy and Generosity of the cat which imbues itself within the Rok Maew for Immense Maha Lap Maha Sanaeh Metta Mahaniyom, and Maha Pokasap Magick. This amulet comes with free shipping.

Ta Poon has empowered the Rok Maew Amulet with insertion of Ploi Sek Gem, takrut Sariga Lin Tong, and other sacred blessed ingredients for Metta and Maha Lap. Khaw Plueak Rice grain and Tua Sek enchanted bean are inserted into the locket, which induce prosperity, fertile growth and the harvesting of your rewards. He invoked the Wicha Maew Riak Sap treasure Calling Cat spell, to attract treasures and wealth, with a host of Incantations performed over months of empowerment. 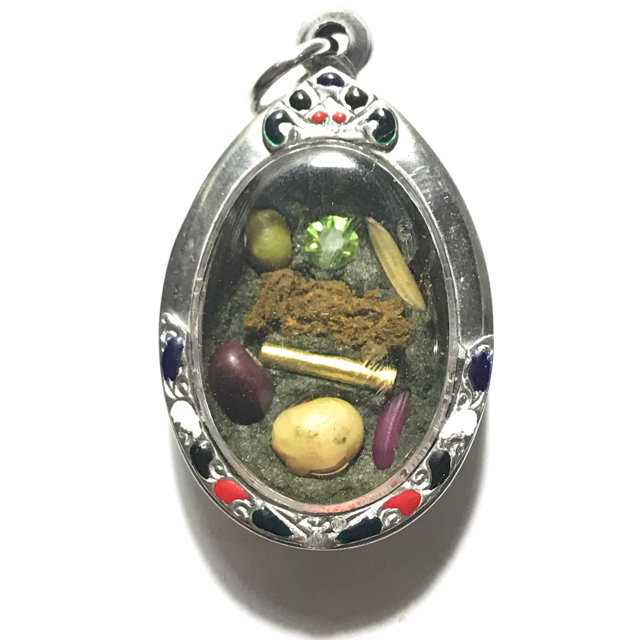 Rok Maew is considered to be one of the most powerful Magical Ingredients for spells and potions, and is a veru Ancient Belief of the People of Siam since hundreds if not thousands of years. merchants and Business persons have always used the Rok Maew to attract good business and prosperity, and induce a never ending flow of nourishment, as does the umbilical cord which feeds the kitten from the food that its mother finds. 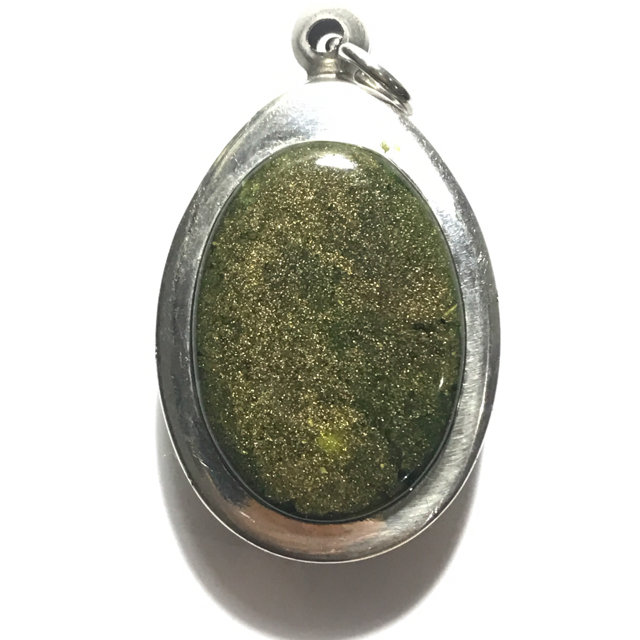 The Kitten must not even try at all to find its sustenance, for the Umbilical cord ('Rok') is a constant pipeline to sustenance. This is the magical effect of the Rok Maew within the amulet, bringing a constant flow of customers, sales, and money (such as lottery or gambling windfalls) into your life. 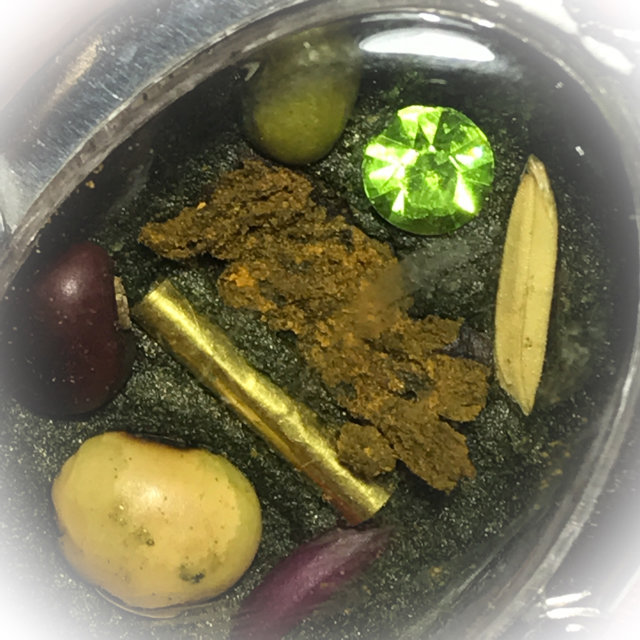 Rok Maew is most powerful when taken from a litter of nine kittens. Black or albino litters are also considered even more powerful, and in the case of this Wicha, an umbilical cord brought and donated by the mother of the kittens herself, is indeed Miraculous.

Wear the amulet to increase your powers of convincing speech, and attract good business, increase wealth and lucky windfalls. The Rok Maew ill also increase Gambling Luck, and increase chances of promotion in the profession. The Rok Maew can be worn in a waistcoat pocket, belt, key ring, necklace or otherwise, or even hung in your store. 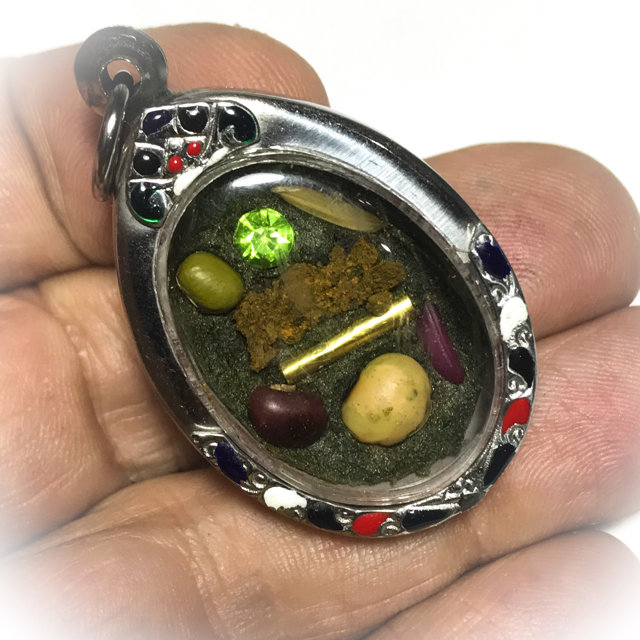 Wearing it brings Metta Mahaniyom enbegy into your sphere, attracting more people to you be they Customers, Employers, Friends, Good Samaritans to help you, Lovers, or Fans and Devotees. You can pray to it for Luck and Fortune, Uncannilly High Sales Quotas, Promotions or Increased Earnings 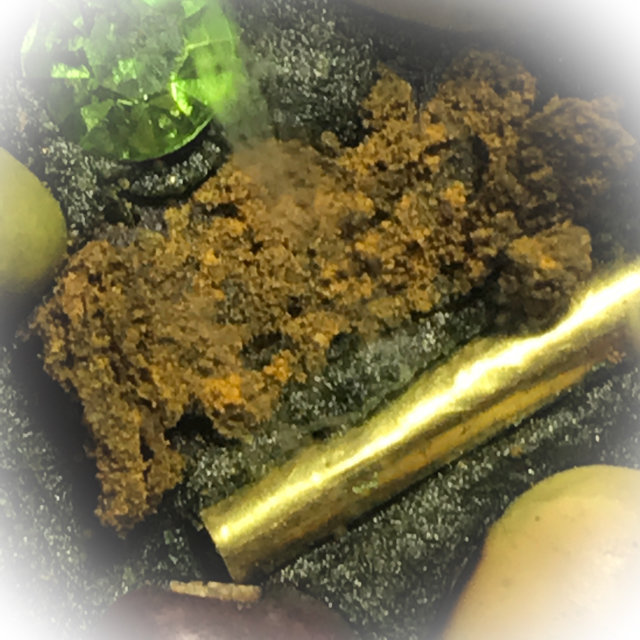 Raise your awareness and focus as hard as you can before chanting. Chant each time you are taking it to use. Seeking jobs or work, customers and clients will be easier and more plentiful offers and chances will arise in your path. The Wicha Rok Maew is a Certainty because of its thousand year old tried and tested method, for which reason Thai People are still confident in using the Rok maew as they were one Thousand Years ago. Time always Tells, as they say, and the Rok maew has stood the test of not only years, but centuries of use. Ta Poon is a reclusive Lay Master who has retreated to the forest and uses this name as an assumed name to avoid attention. He was blessed with being the apprentice of Luang Phu Suang, learning Wicha from him and a number of associated Adept Sorcerors, of both Ordained and Laymaster lineages. He recieved Wicha from a total of 295 different Adept Mages, Sorcerors, and Necromancers. 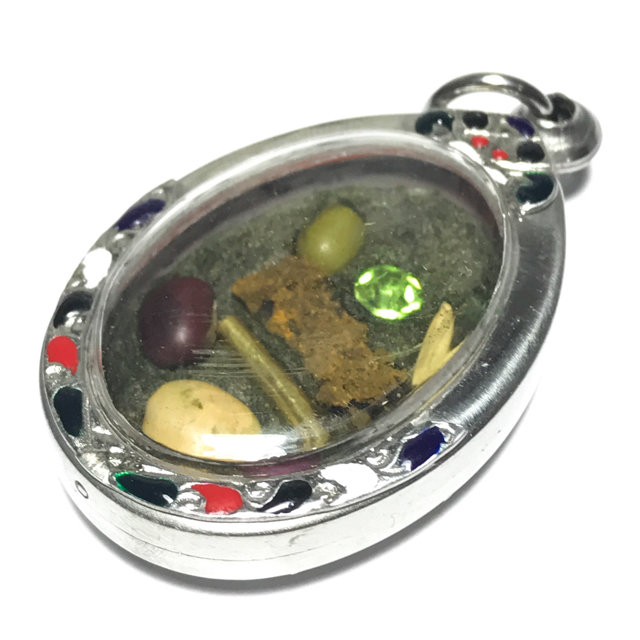 The majority of his training however, came through the lower Northern Region of Thailand through the Luang Por Derm (Wat Nong Po) Lineage, and the Magical Master Lineage of Luang Por Tob of Wat Chon Daen. When asked about the origins of his Manyfold, and Powerful Wicha, Ta Poon recounts of the time he was ordained as a Samanera, ordained by the Great and Mysterious Luang Phu Suang Tewada Len Din himself, and that he remained practicing under the tutelage of Luang Phu Suang for a period of 15 years. As Ta Poon was serving 9 years in the Army, as a Commander of a regiment in the three troubles Southern Islamic Provinces of Thailands border area, he was famous for his daring acts of running straight in through the hail of bullets coming at his regiment from the terrorist rebels, and would reach the terrorists without being harmed and take his pistol and shoot the terrorists in the head at point blank range. 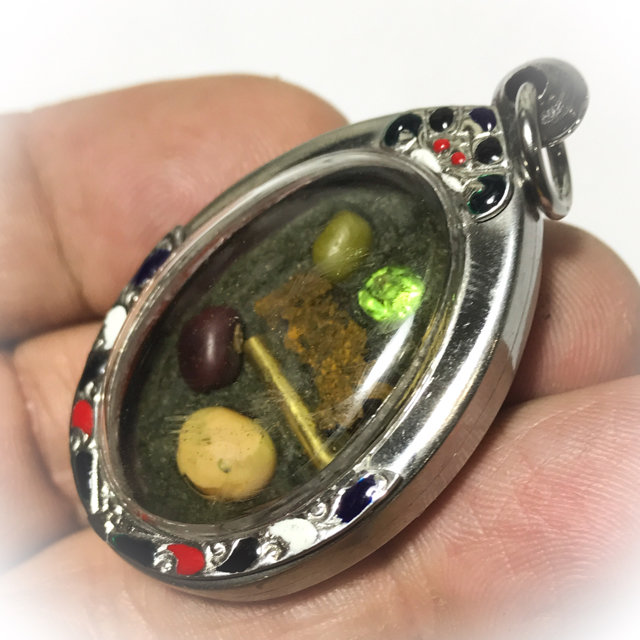 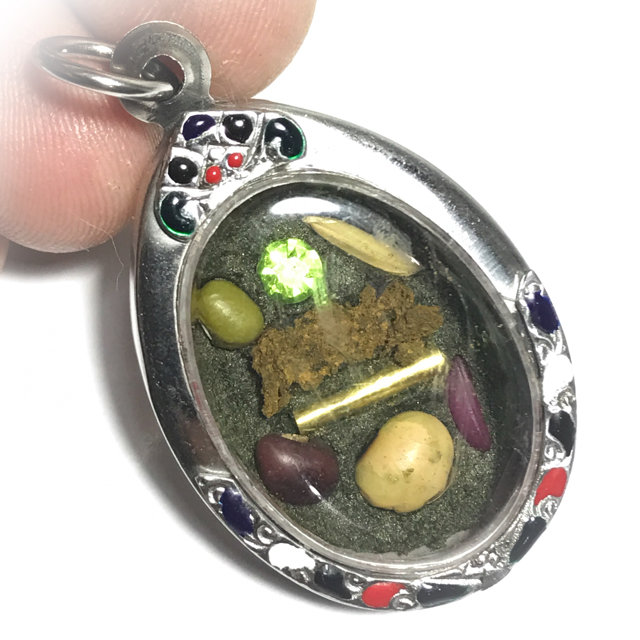 He would take his pistol and shoot the terrorists in the head at point blank range. This was because of his use of Kong Grapan Chadtri and Klaew Klaad Spells which he had mastered. Ta Poon still performs Holy Water Blessings, Exorcisms, and creates special Takrut Spells and empowers an array of amulets for those who are able to find him, and are able to find his favor. His Takrut empowered with Maha Ud Kong Grapan Chadtri Klaew Klaad, are normally requested by soldiers, and high-ranking police officers. Most of these have been his devotees from the time when he was still a high-ranking officer in the army, fighting against the rebels in southern Thailand. He amazed them with his daring feats, under the protection of his special Adept Wicha. Ta Poon does not allow his picture to be taken, and forbids it to any of the devotees who find the way to his whereabouts, to reveal his location to anybody in the outside world. Ta Poon says, he is already bored of all of the confusion and greed in the world outside the forest, and Hence has no further interest in the world. 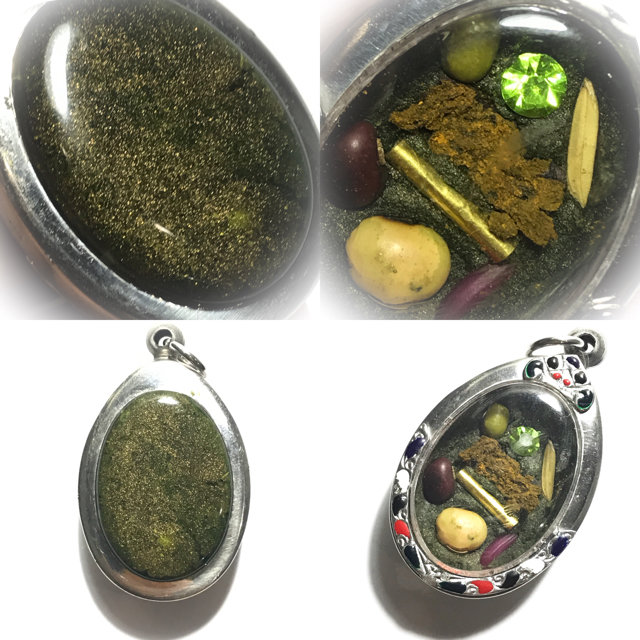