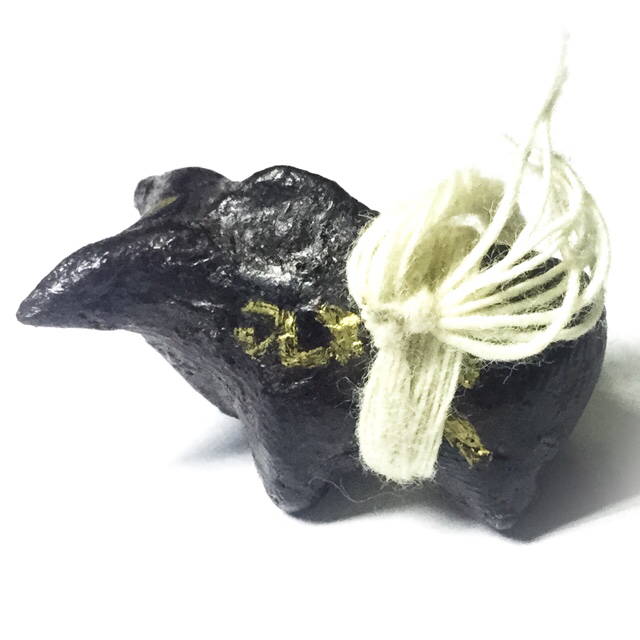 The Wua Tanu Krang Putsa was made and empowered by Pra Ajarn Gorp Chai, of Wat Mae Ya, Ampher Ban Tak, in Tak Province, in a small limited edition of traditional Lanna Amulets, which adhere to the Ancient Wicha Lanna Methods of Creation and Empowerment. Wua Tanu are Powerful Guardians of the Household, Protection against Black Magick and Thievery, Curses and Psychic Attacks, and Bringer of great Fortunes. 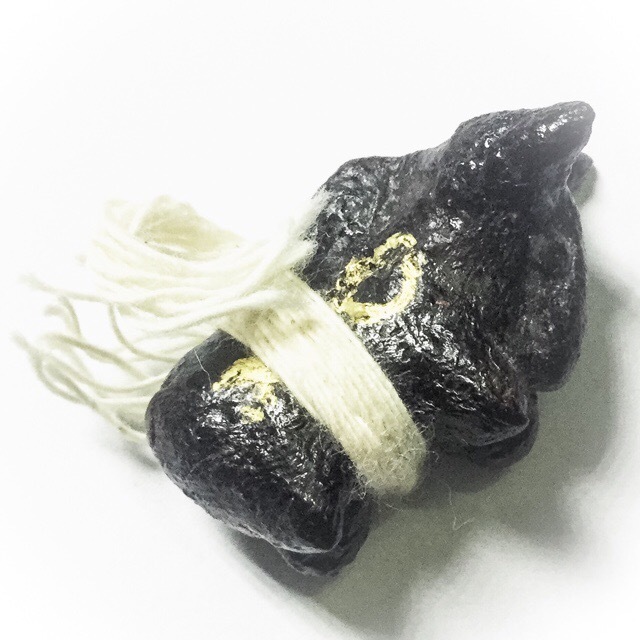 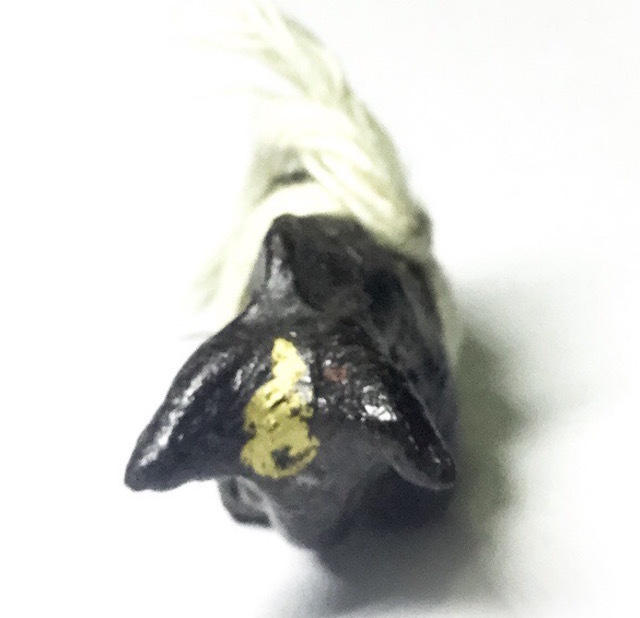 The Wua Tanu, is hand pressed in the artisans mold, using Sacred Earths amd Krang Putsa Paste, with other Magical Muan Sarn Sacred Powders of the Maha Sanaeh, Gae Aathan, and Maha Lap Varieties. Empowered with Khom Agkhara Invocatins of the 4 Elements ((Kata Riak Tat See) and the 32 Essential Substances of Living Beings (Akarn 32), and Spell-Bound with white Sincana Cords to Contain the Spirit of the Wua Tanu. 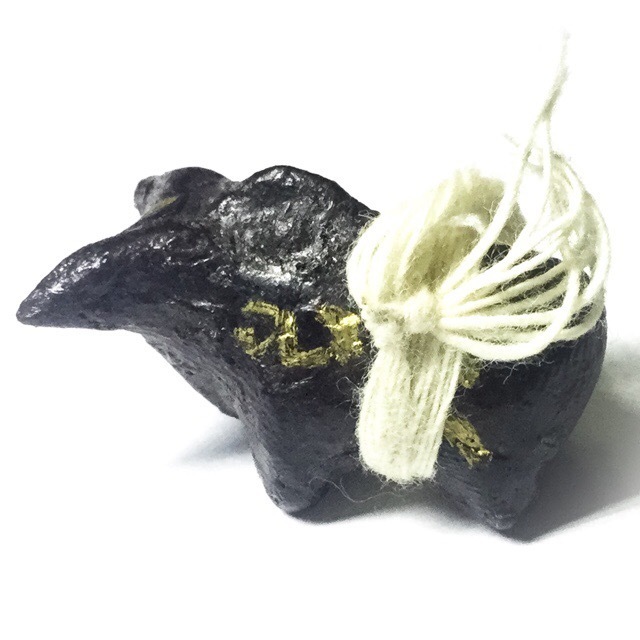 This kata can be downloaded as an MP3 Chantiing Tutorial from your account after purchase, by signing in to your account with us and going to the downloads section

The Wua Tanu Measures 3 x 2 x 2 Cm, and is highly recommendable for Bucha, but is also easily wearable as a portable amulet. For Bucha, we recommend you place the Wua Tanu on a Receptacle. Any fitting receptacle will do that has a raised base, and can be wooden, metallic or ceramic. 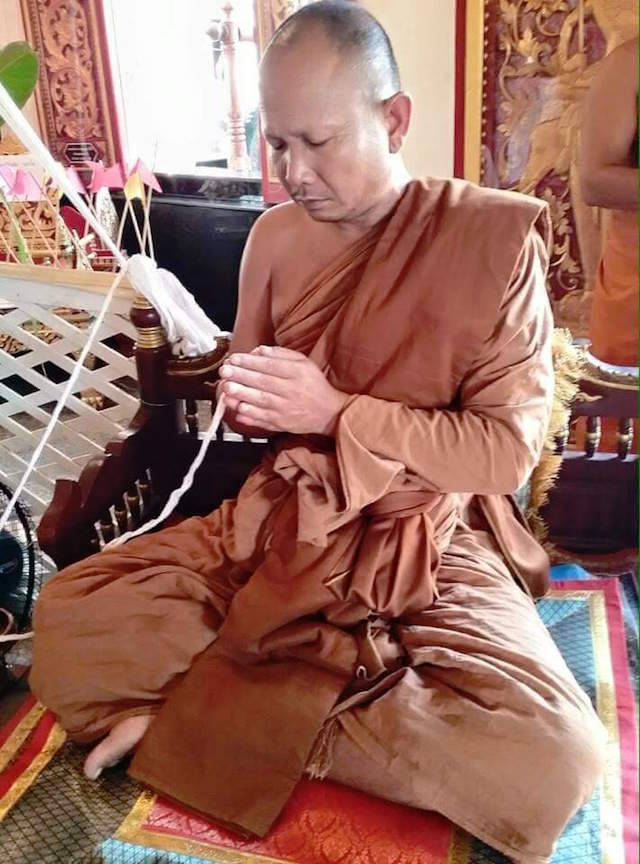 Traditionally, the Wua Tanu is Placed upon a 'Pan Kroo' Bucha Tray, which we can provide if wished, but you can use a receptacle which is similar obtained in your own country just as easily.

You can use Wua Tanu to watch over your house,or mark a safe area around the house, or any place where there is strong Magic. One Wua Tanu will be a powerful Guardian for your household. 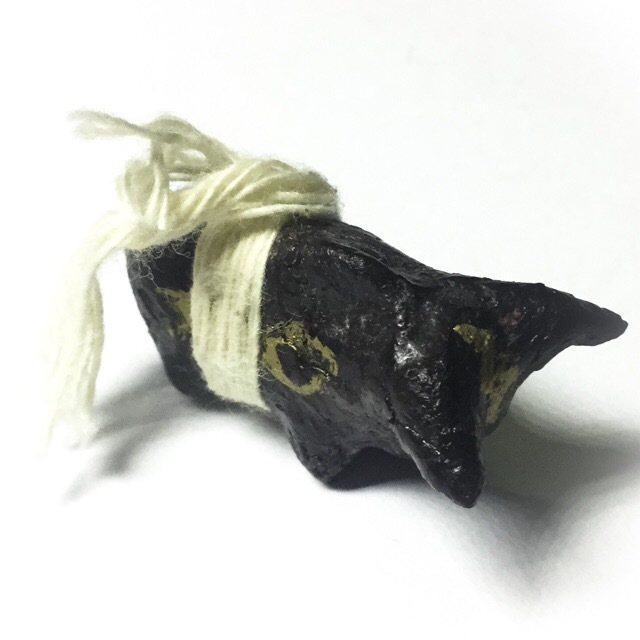 But there is a full Wicha for covering all entry points which is considered to be the most complete and comprehensive way to perform this kind of protective Magic Spell;

To do this in the most powerful manner, you need four Wua Tanu, and a bowl of pure water in a Khan Nam Montr vessel. 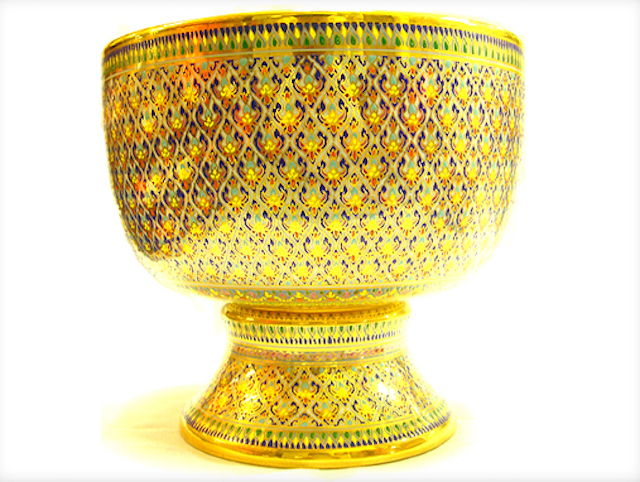 Then take the Wua Tanu and place them in the Khan Nam Montr (prayer water bowl). Then focus your mind into meditation, and think of the Buddha Dhamma and Sangha, the Deities and Kroo Ba Ajarn, and empower the prayer water by chanting the Kata into it and projecting your thoughts into the water as you blow three times into the bowl.

If you have a Kuman Tong or other forms of Phuudt or Prai which you make Bucha offerings to in the house, then you must tell the Wua Tanu by stating who is allowed to enter and leave the protected area and who not. It is a good idea to also state that any ghosts or beings that are benevolent and will bring help or auspicious blessings should be allowed to enter. 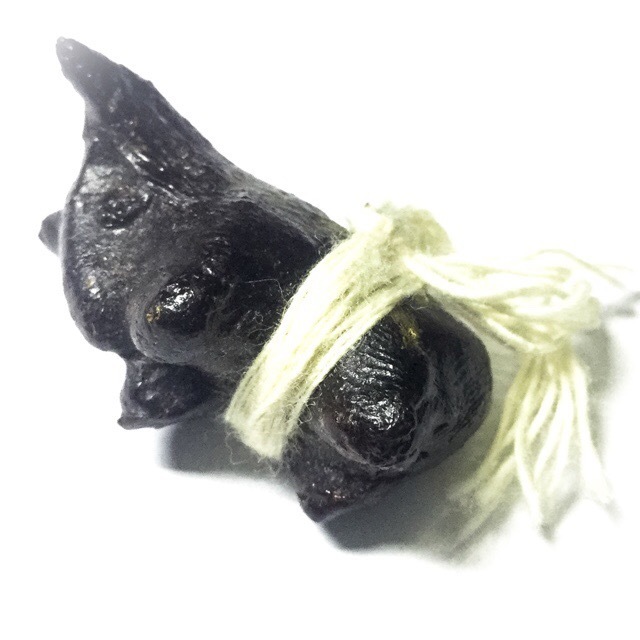 If you want to make Nam Montr to remove the power of Black Magic from a person place or object, or to banish demons and spirits, or exorcise a person who is possessed, then you must make the Nam Montr in the same way as previously explained. But this time you need to use only one Wua Tanu. Then hold the Wua Tanu in your hands and enter Samadhi meditation, focusing as strongly as possible on the Merits of the Buddha.

Chant Na Mo Dtassa Pakawadto Arahadto Sammaa Samputtassa 3 times, and ask for the Power and grace of the Triple Gem, the Angels and Deities, and Brahmas, Kroo Ba Ajarn (your teachers), and the power of the Mythic Wua Tanu to make the prayer water powerful and endowed with the ability to remove all forms of black magic and evil influence (you can specify particular purposes if you wish to be more detailed in the function of the Nam Montr). 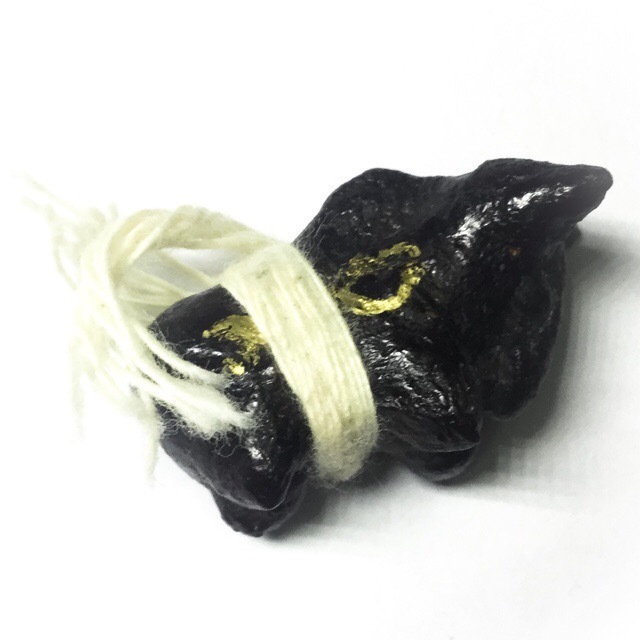 Then you can use the water for drinking, cleaning yourself and the like to remove any Black Magic spells or unlucky influences. You can wear or carry the Wua Tanu with you, or put it in your vehicle as a protection from accidents of all kinds. If there are ever any visitations or experiences with contacting dark entities, all you need to do is dedicate some of the fruits of your merits to them, and think of Wua Tanu, and they will disappear. 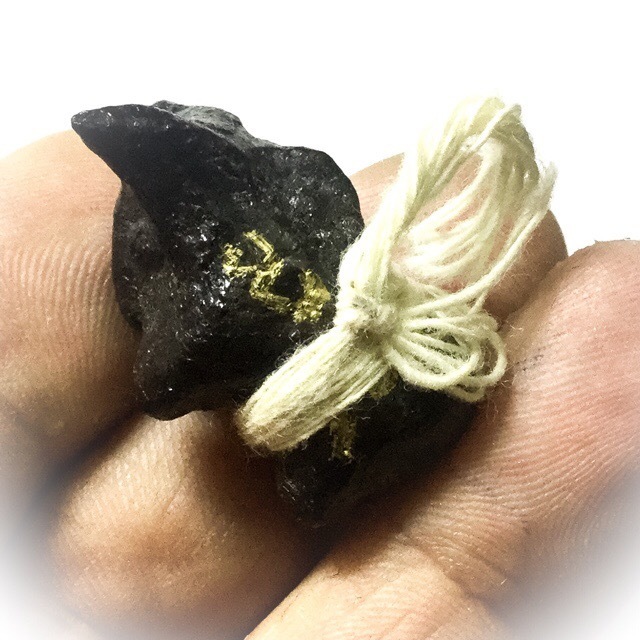 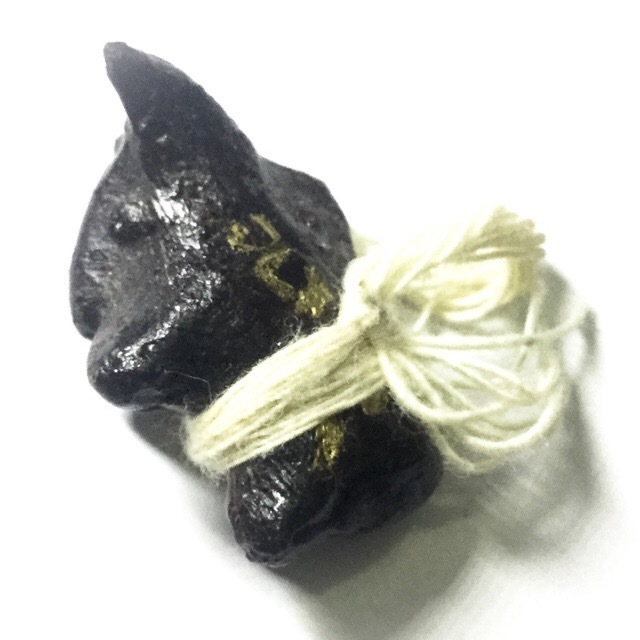 Above; Pra Ajarn Gorp Chai of Wat Mae Ya 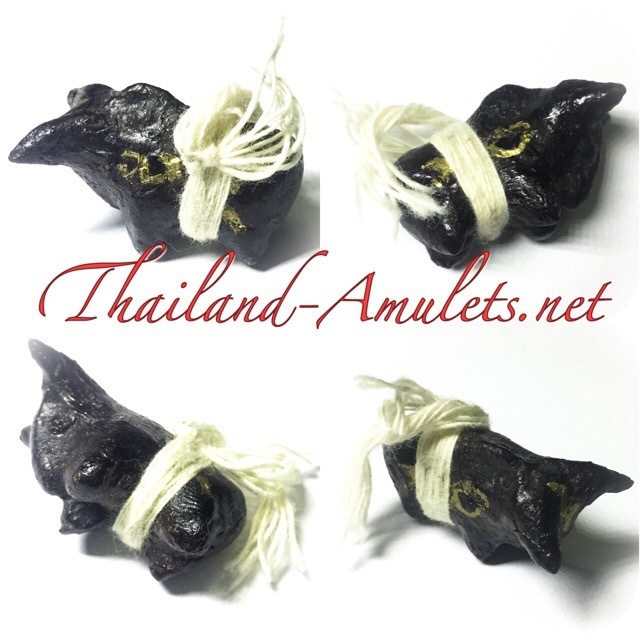